England Knights played their first international test in 2011, against France at the Leigh Sports Village.

The side was set up to give young players a chance to blood themselves at international level.

Here’s what the first starting line-up looked like, and how they fared in their careers.

Starting at full-back was Stefan Ratchford, off the back of a successful season at Salford Red-Devils, he was set for a move to Warrington Wolves. 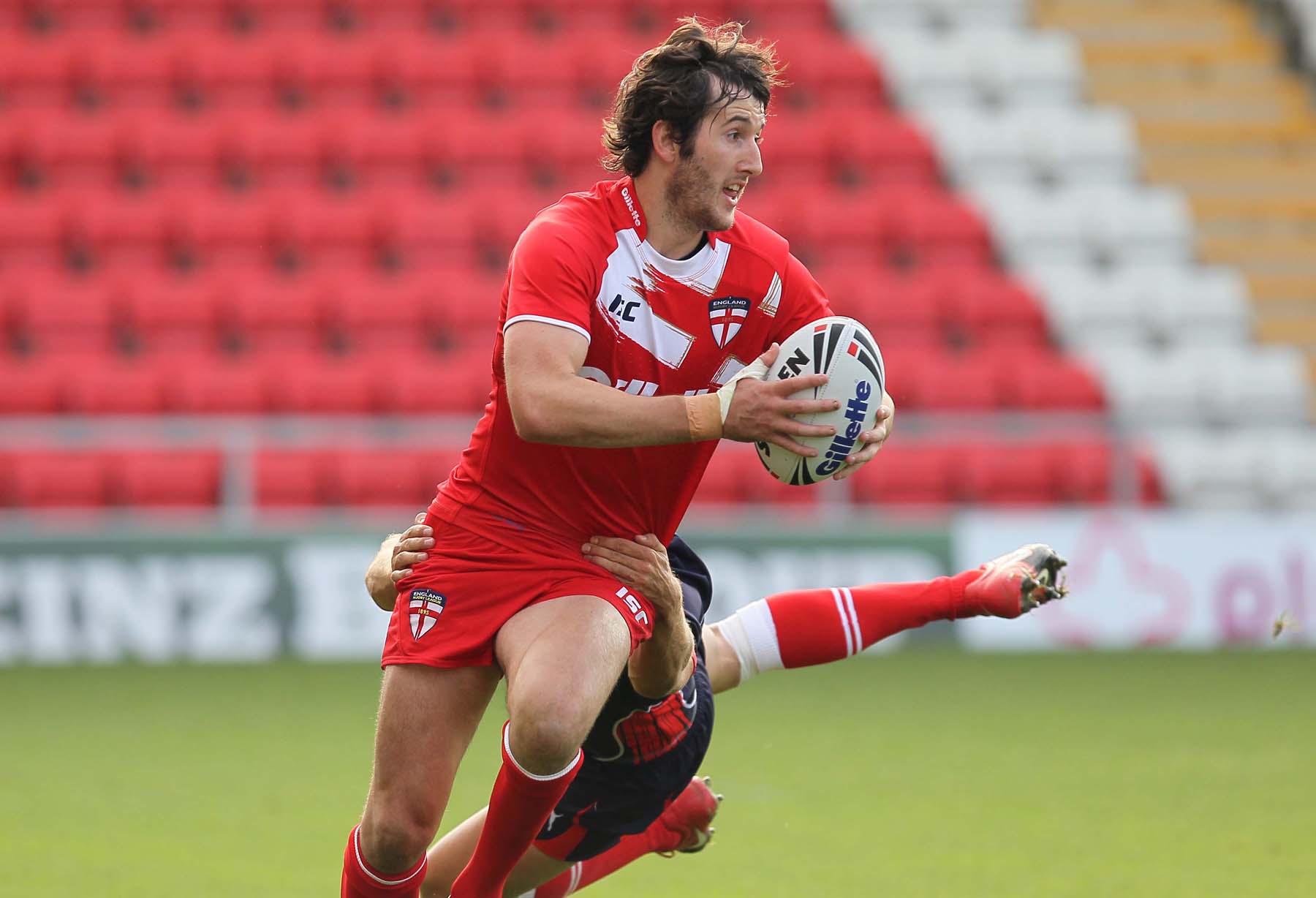 At the Wire he made his mark instantly, playing in the 2012 Challenge Cup final win over Leeds, as well as the Super League Grand Final loss against the same side.

This was a sign of things to come and Ratchford went on to play in another five finals, winning another Challenge Cup, along with a League Leaders Shield.

He also became only the fourth player to win the Harry Sunderland trophy whilst playing on the losing side.

He made his England debut in 2016 and played in the 2017 Rugby League World Cup.

Ratchford remains with the Wolves, playing between half-back and full-back.

Josh Charnley had just made his breakthrough into the Wigan Warriors one year before the Knights were formed and was a part of the side who finished the season as champions. 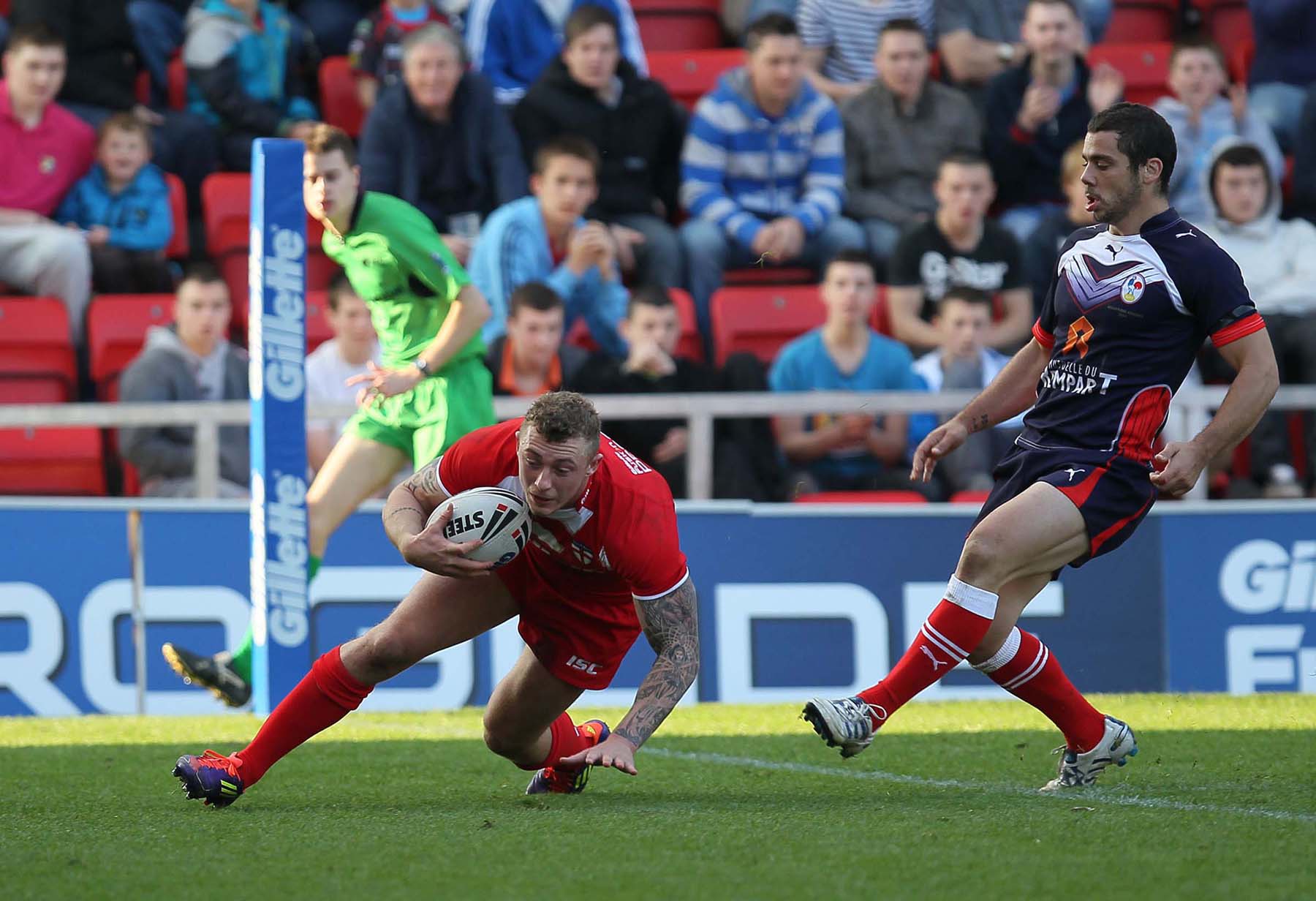 A year after his debut for the Knights he finished the Super League season as the top try scorer, and repeated that achievement a year later.

In 2016 he made the switch to rugby union before returning to league with Warrington Wolves where he still plays his trade.

Joe Arundel made the squad after a strong season with Castleford Tigers, however failed to reach the heights of some of his fellow Knights players. 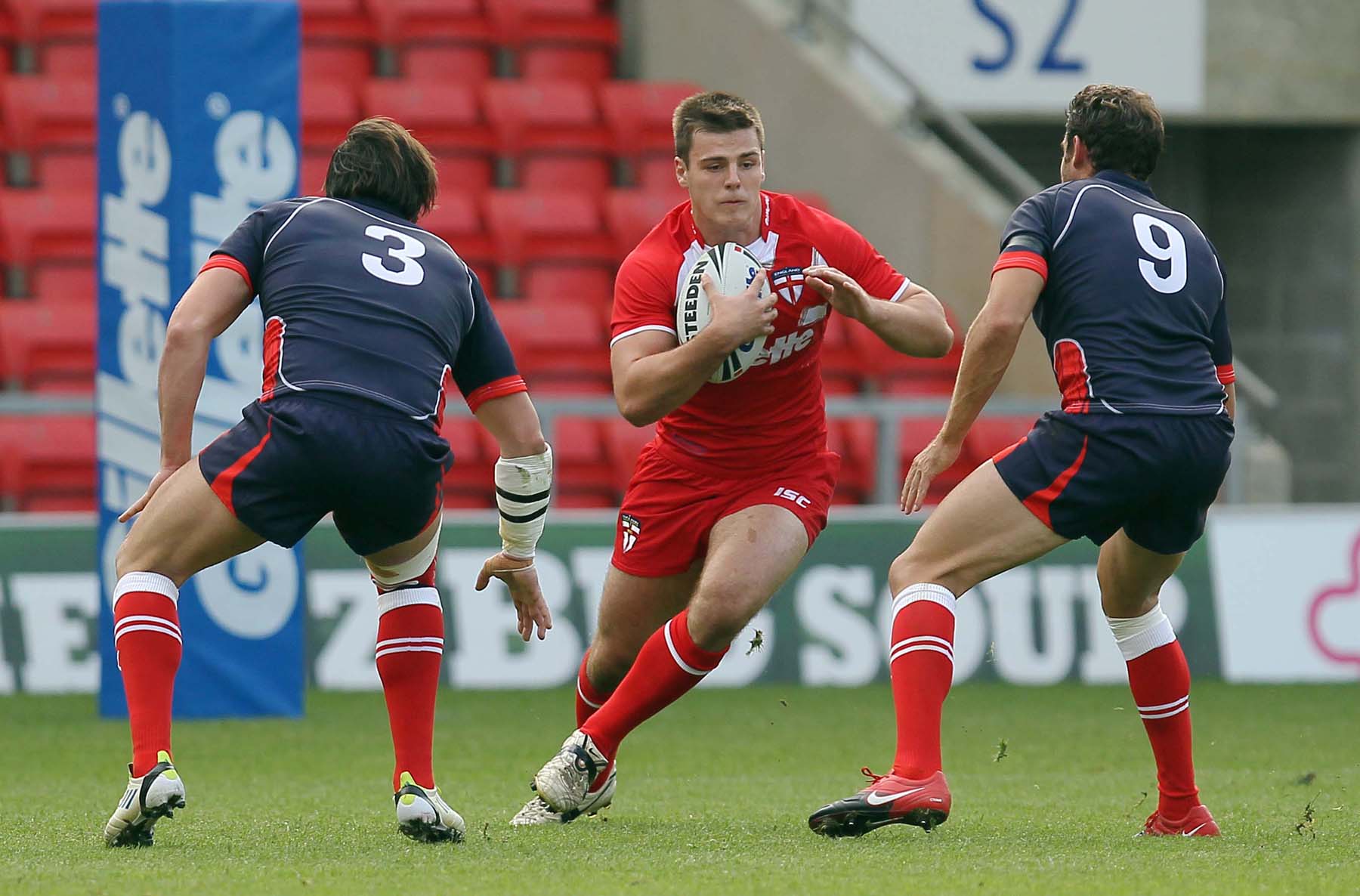 He left Castleford in 2013 to sign for Hull FC, where he only made 18 appearances in two years.

Having had spells at a number of clubs across Yorkshire, Arundel recently signed for Halifax Panthers.

He never made a senior England appearance.

Kris Welham made his Knights debut in the middle of a ten-year spell with Hull Kingston Rovers. 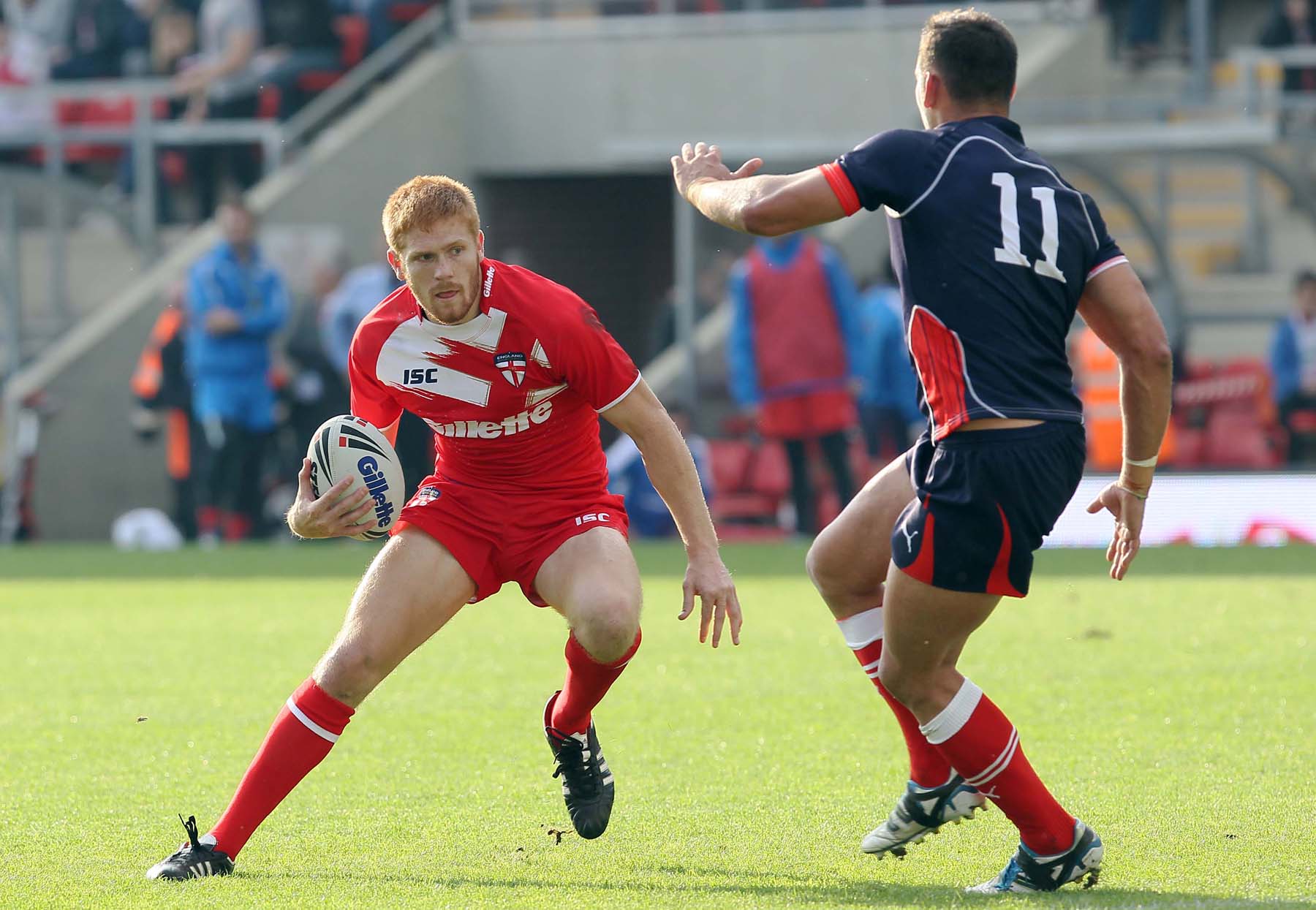 He enjoyed a successful career with the Robins, making 191 appearances and scoring 412 points in his time there.

Welham left KR in 2016 and signed for Bradford Bulls, before spells with Salford Red Devils and Featherstone Rovers.

He has recently signed for Sheffield Eagles for the 2022 season.

Welham also never made an appearance for the senior England team.

Jodie Broughton was fresh from the back of a breakthrough season for Salford Red Devils, after graduating from the Leeds Rhinos academy. 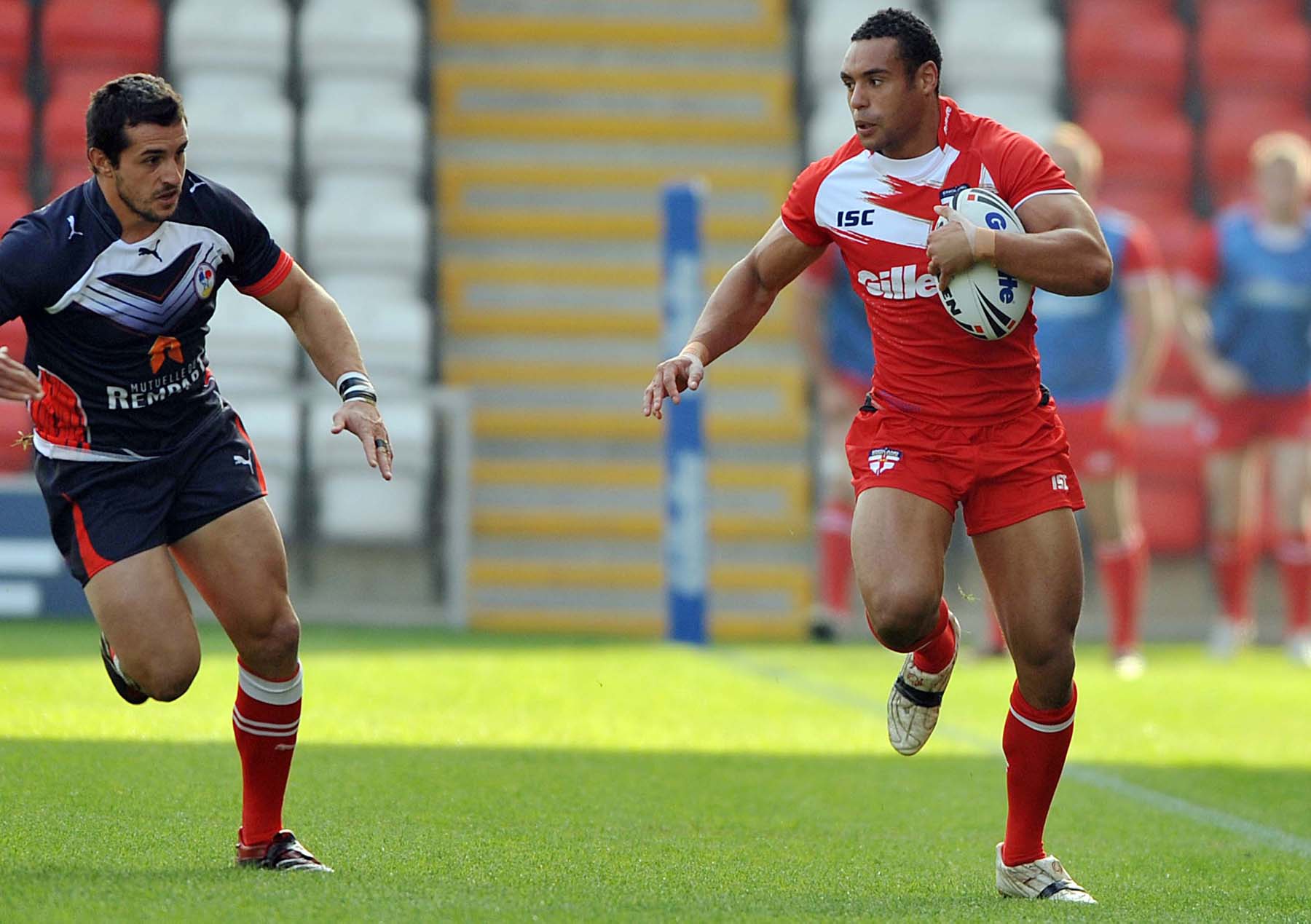 It was at Salford where he had his most successful spell, scoring 240 points in 99 appearances.

Spells at Huddersfield Giants and Oldham followed, before he made his mark on Super League once more with Catalan Dragons.

He left the French side in 2019 and has since had spells at Halifax and Batley Bulldogs, he has never represented England’s senior side.

Richie Myler had been with Warrington for over a year when he was called up to the Knights side. 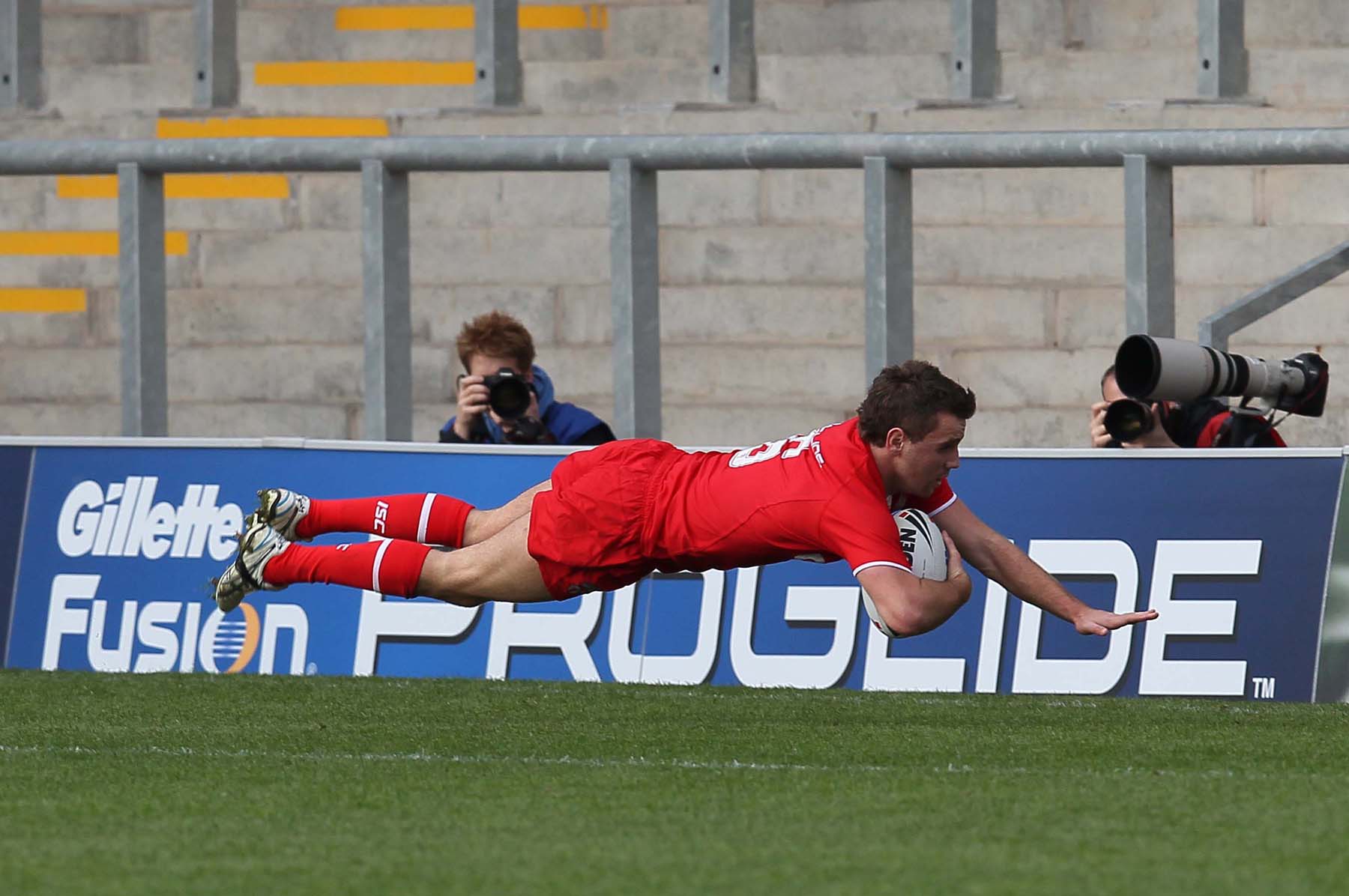 He enjoyed a successful spell at the Wolves and played in three finals, including a Challenge Cup win over Leeds.

Myler made the move to Perpignan in 2016 to sign for Catalans, before making the move to Leeds Rhinos.

At the Rhinos he made his mark as a full-back after seemingly being cast out of the side.

He won the Lance Todd trophy in the win over Salford and was Leeds’ first choice full-back during the 2021 season.

Myler has made seven caps for England, scoring 50 points in that time. 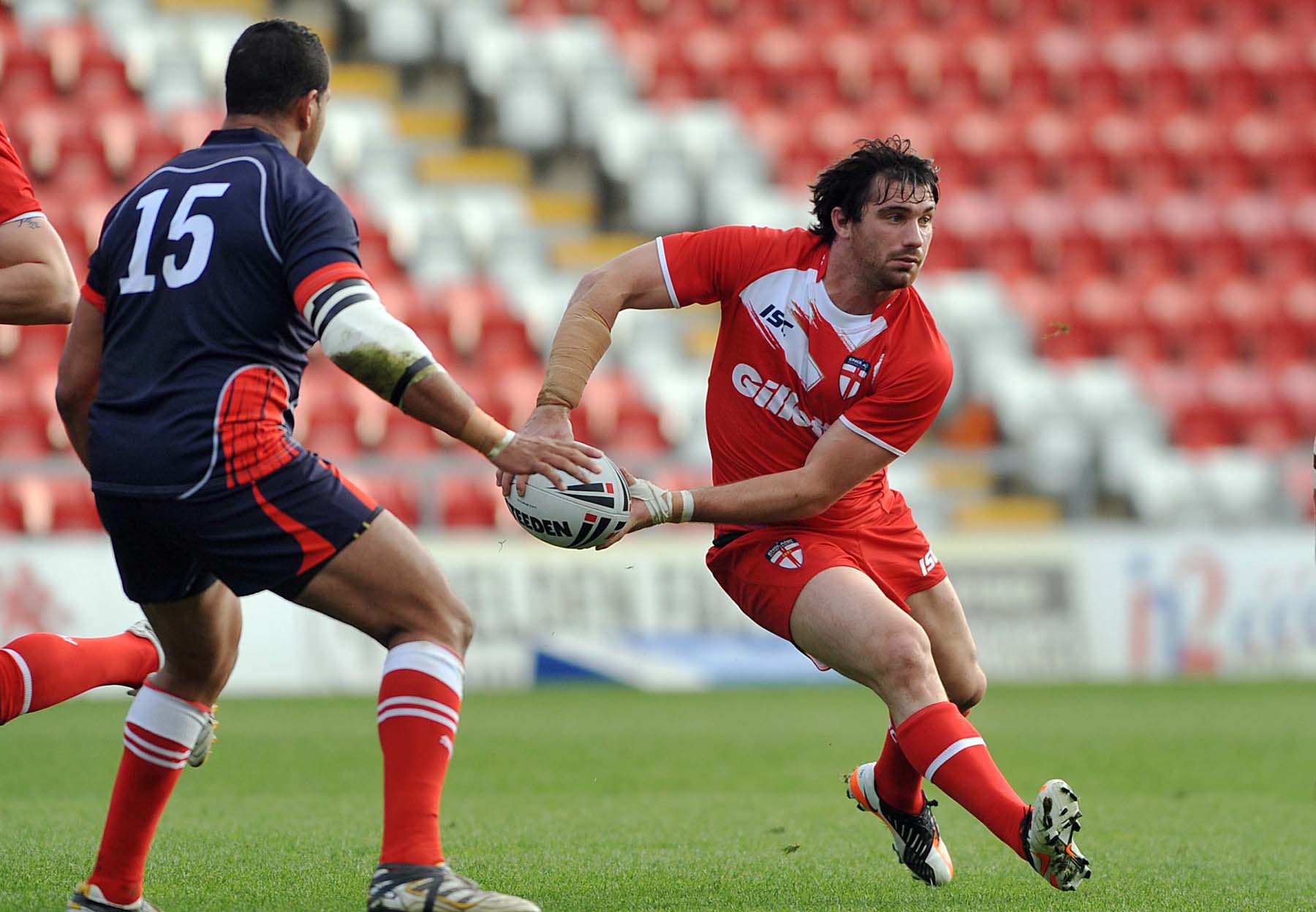 Smith enjoyed two successful seasons at the Red Devils before moving to Wigan.

He made 139 appearances in the cherry and white and in 2014 was awarded with his first England call-up.

St Helens signed Smith after he was released from the Warriors, before spells with Catalans and Widnes, where he still plays now.

Also in the middle of a ten-year spell at his club when called up to the Knights, Ben Harrison was a regular in Warrington’s side. 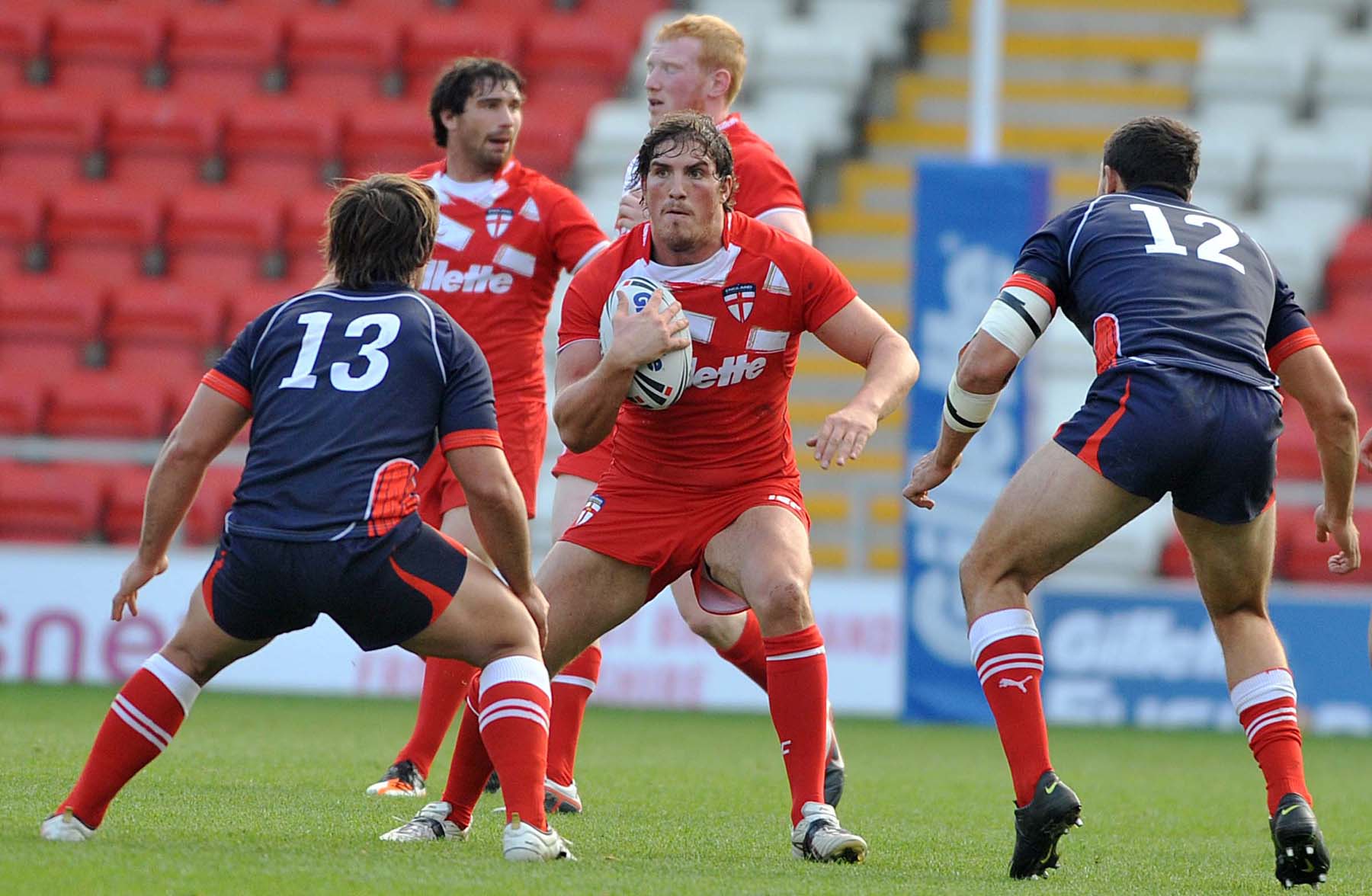 He left the Wire in 2016 and had a hiatus from rugby league, until signing for Barrow in 2021.

Hull FC hooker, Danny Houghton, was called up for the side whilst already being an established name on the black and white’s team sheet. 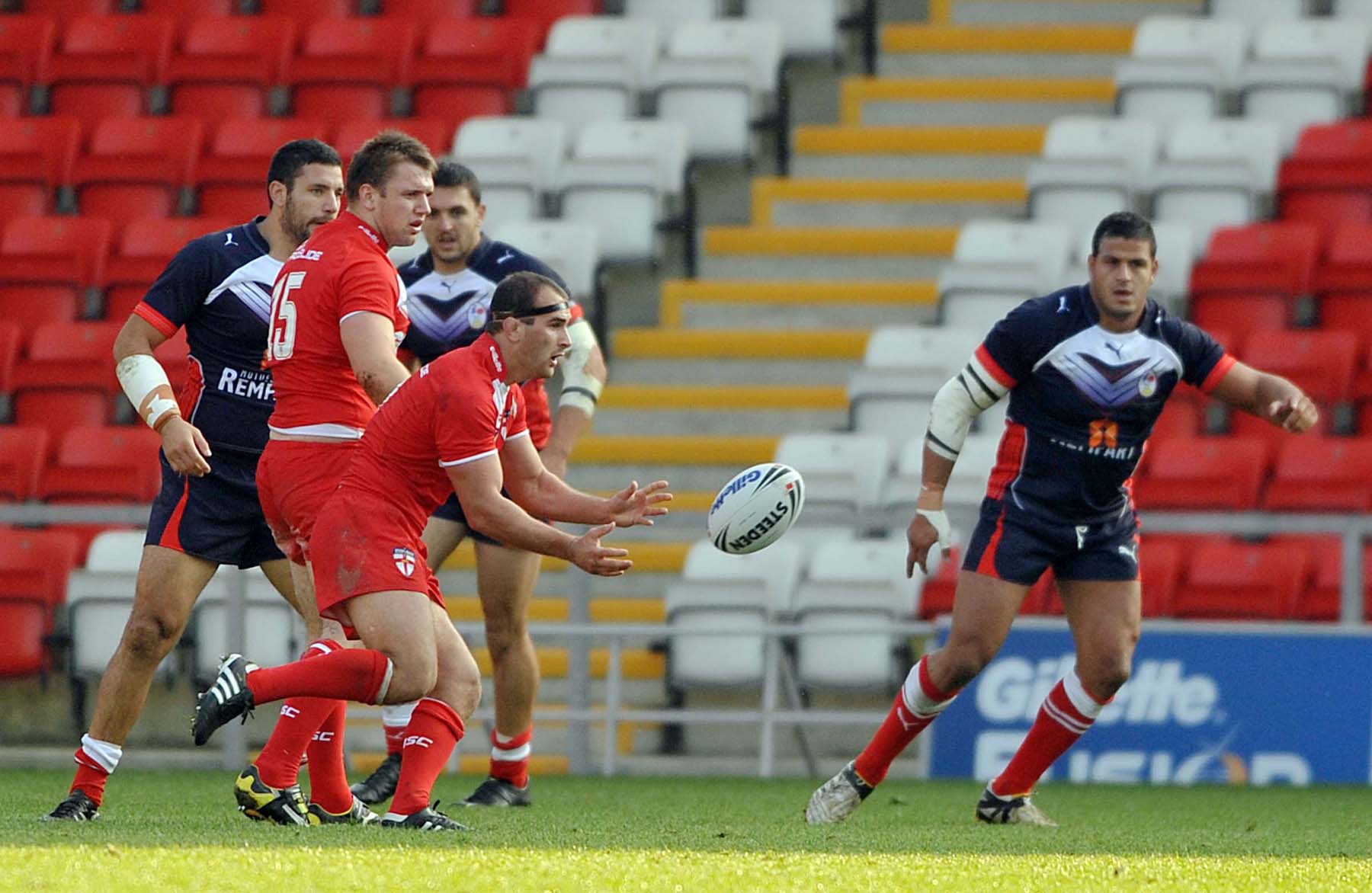 He has remained at Hull ever since, making nearly 400 appearances for them.

He has won two Challenge Cups, making a famous tackle in 2016 which is seen to have won Hull the cup.

In 2016, Houghton won the Man of Steel trophy. Despite this award, he has controversially never been called up for England.

Wigan’s Lee Mossop enjoyed a successful start to his career at the DW Stadium. After attracting interest from the NRL, Mossop was called up for the Knights. 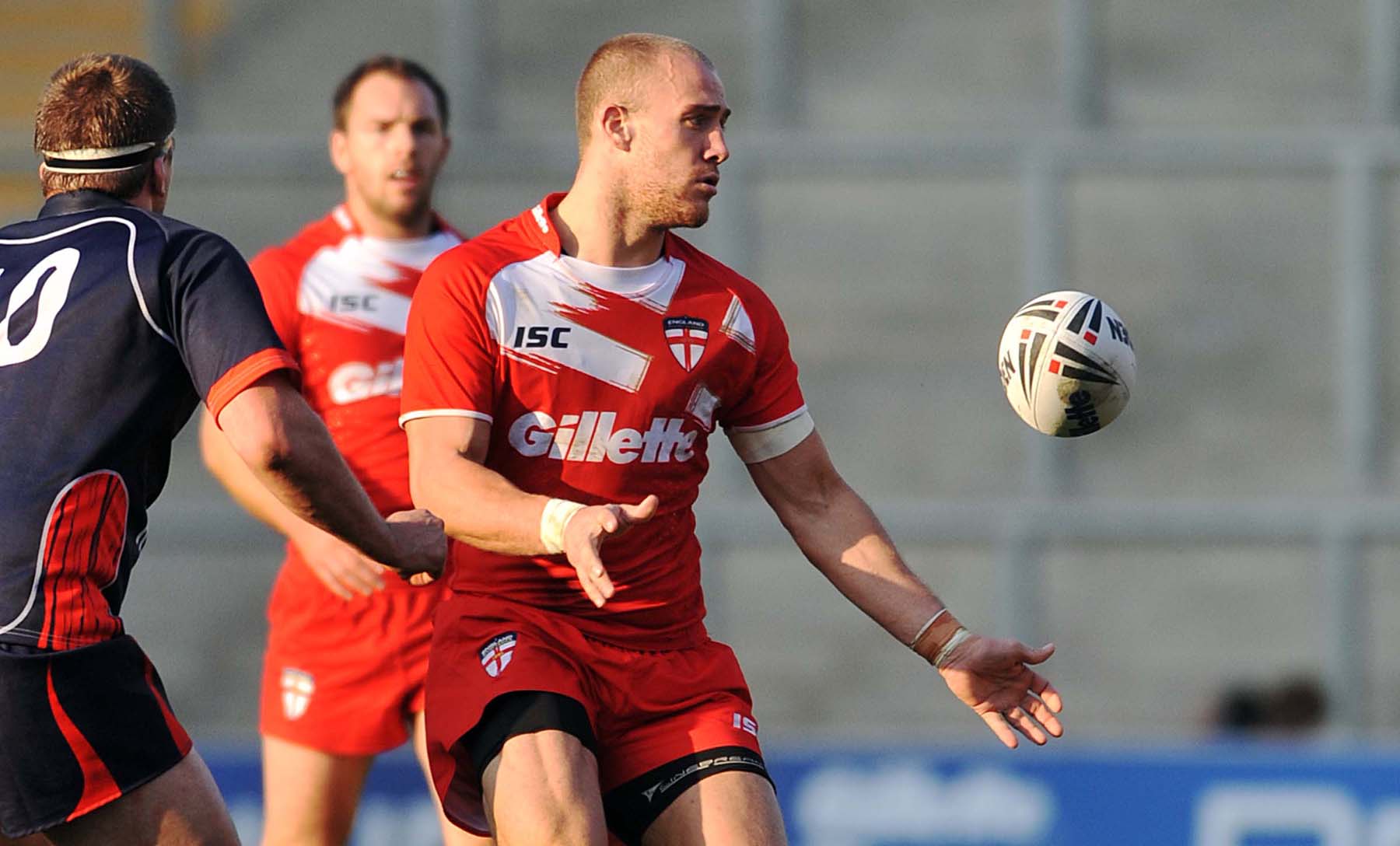 Just a year later he received his first cap for the senior England side.

He left for a spell in the NRL with Paramatta, but having only made three appearances, he returned to Wigan in 2015.

Mossop finished his career with Salford in 2021, due to a shoulder injury.

Joe Westerman was a Hull FC player when he was called up to the Knights, following a spell with Castleford Tigers. 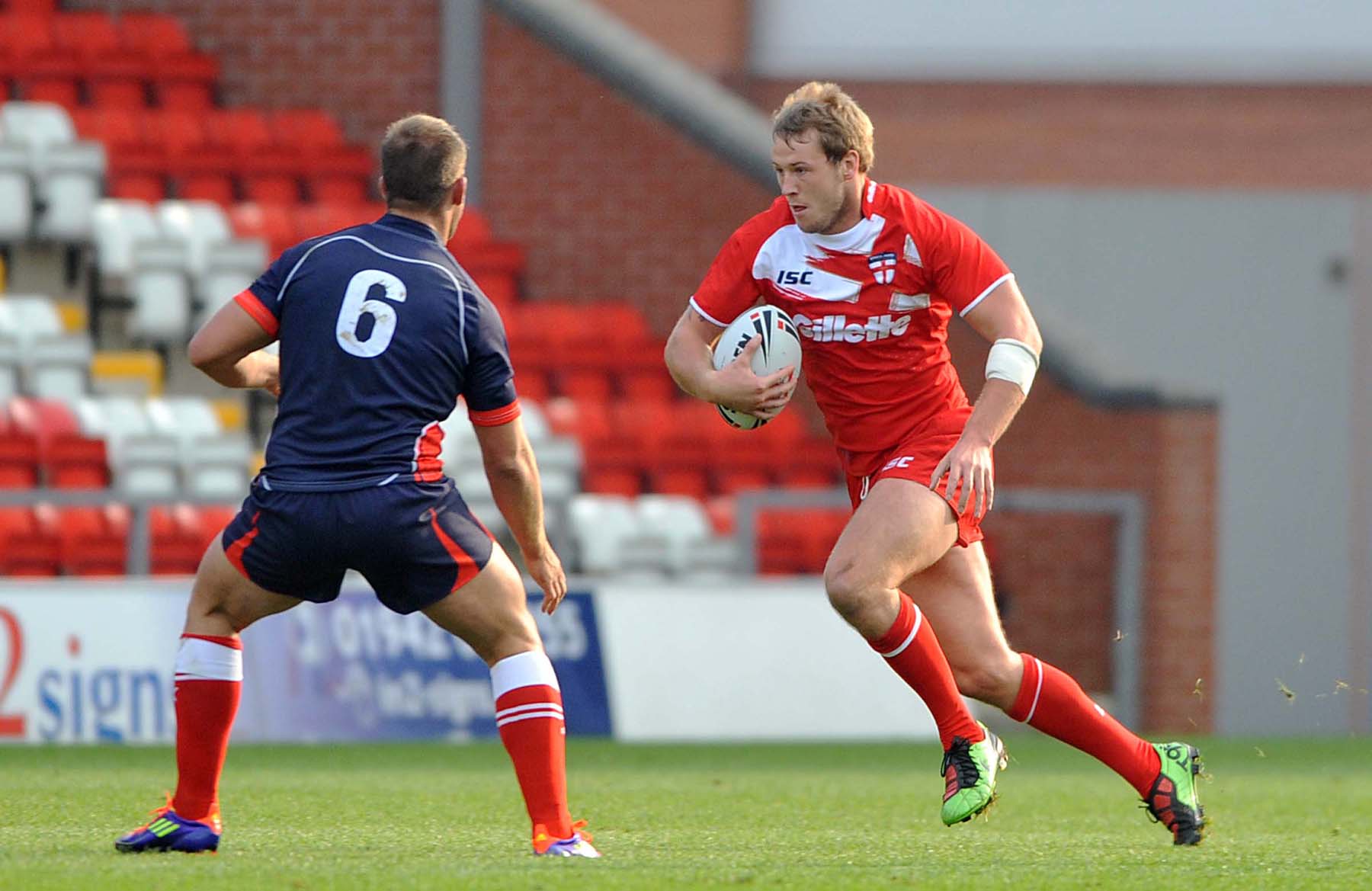 He then left for Warrington Wolves who paid £150,000 for his services, where he played in the 2016 Challenge Cup final loss to his former club.

He made two senior appearances for England’s senior team in 2014.

A bizarre selection for a Knights side, having already won caps for the senior team, Ben Westwood was included to add experience to the side. 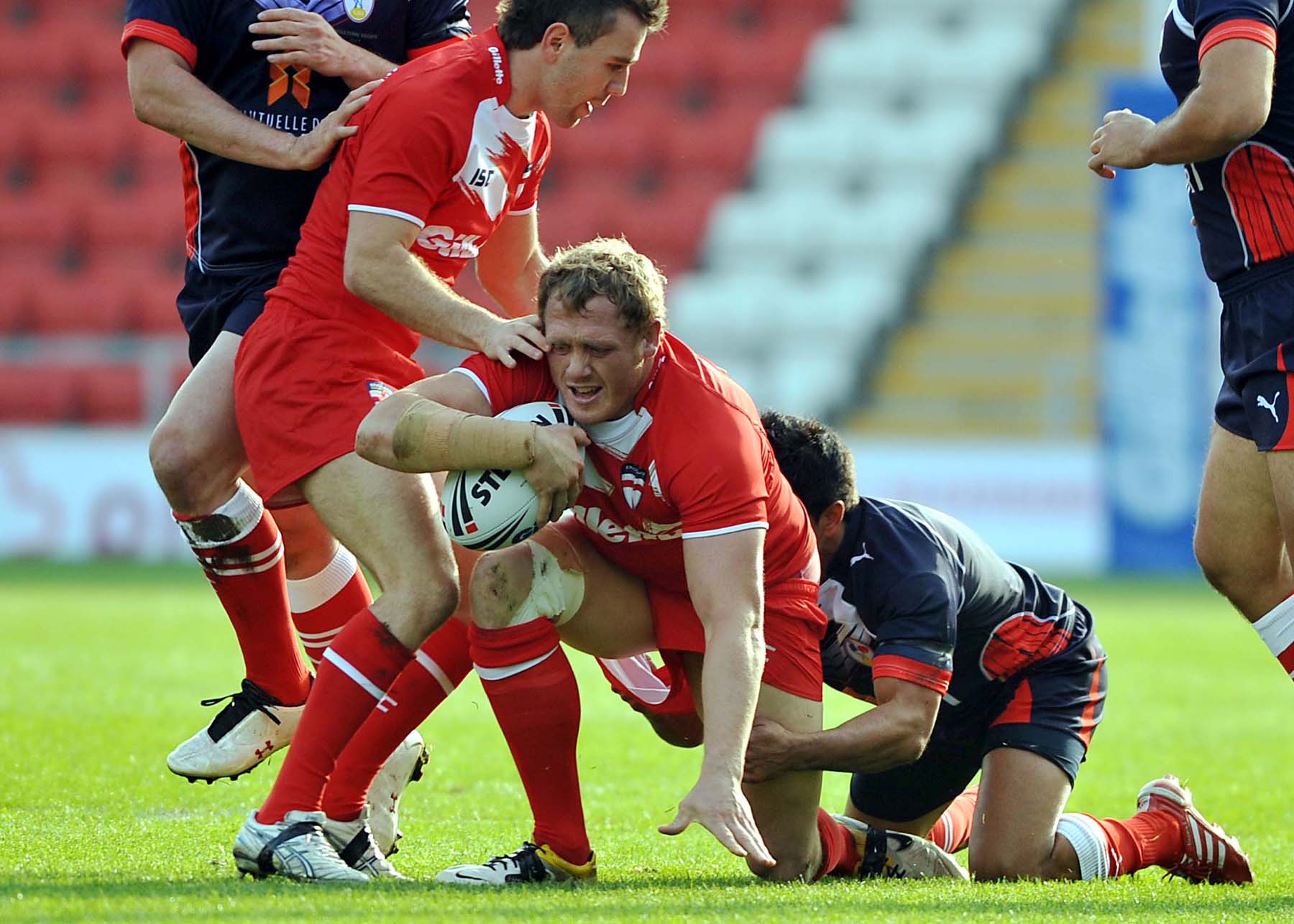 A career which lasted 20 years, Westwood made over 500 appearances across his career, including 26 for England.

Another one-club-man, Liam Farrell has spent his entire career to date at Wigan. 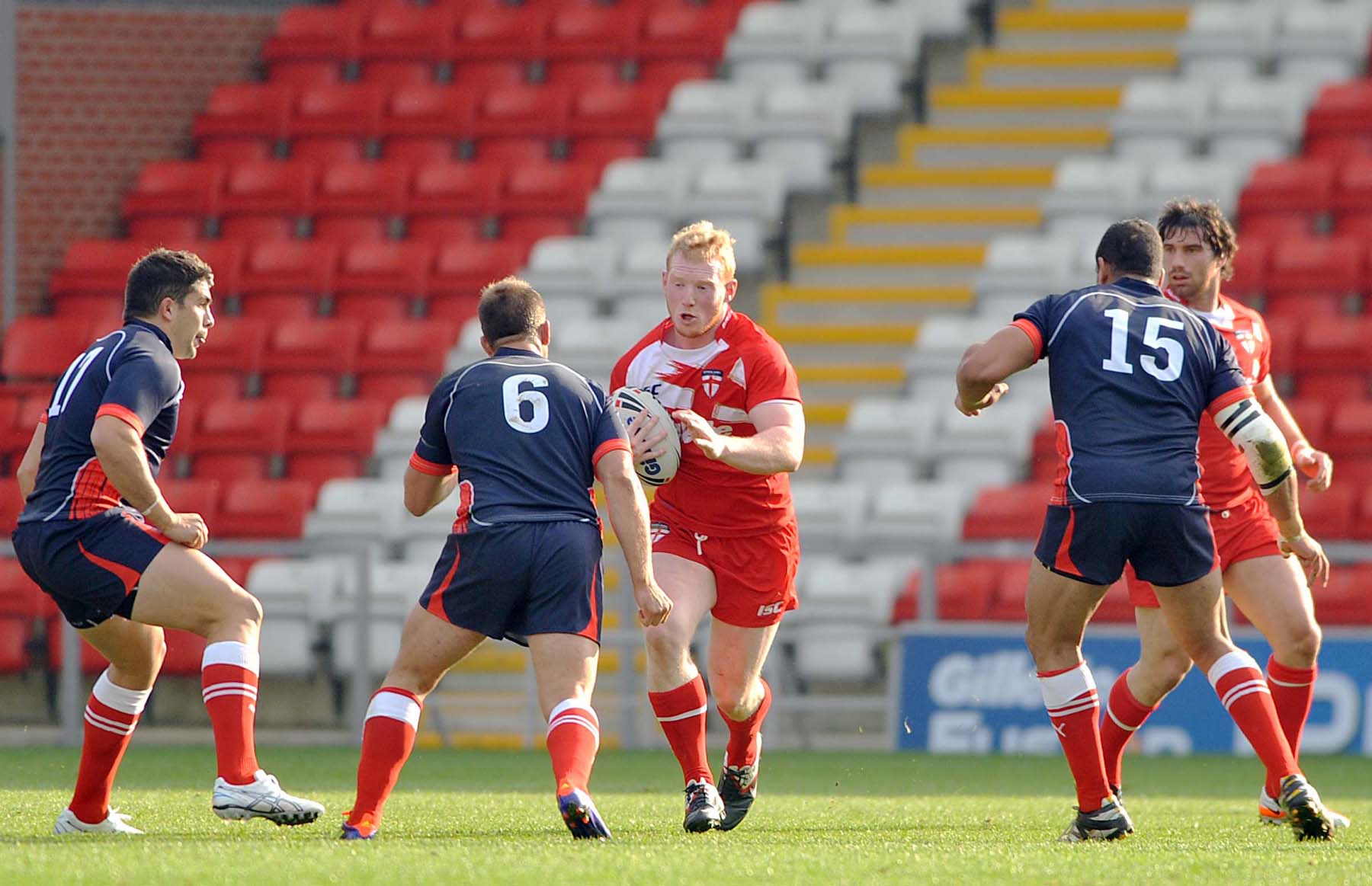 Making his debut in 2010, Farrell impressed and was called up for the Knights.

Since then, he has gone on to make ten caps for the senior side, whilst winning four Super League Grand Finals and two Challenge Cups.

He still plays his rugby at Wigan today.

The game itself, played at Leigh Sports Village, saw England run away 38-18 winners.

Josh Charnley scored a brace of tries and kicked four goals, while there were also tries for Broughton, Gale, Houghton, Myler and Ratchford.

The France side was full of Catalans players, including inspirational Thomas Bosc, Greg Mounis and Olivier Elima.

Several other mainstays of theirs featured, like David Ferriol, Jason Baitieri, Jamal Fakir and Jean-Philippe Baile.

Dane Chisholm featured at full-back for the first of his three caps.