After a disappointing loss in round one to North Queensland Cowboys, Widdop and his St George Illawarra side came up against a South Sydney Rabbitohs team still on a high from their win over Sydney Roosters. A back and forth first half saw the Dragons step on the gas early on and looked like the team many had been expecting going into the season. The 30-year-old full-back produced a lovely bit of skill to set up his side’s first score, stepping across the Rabbitohs’ defensive line before playing the ball out wide for the try. However, it will be end up being a tale of two halves as Widdop’s outfit found it too difficult to contain the likes of Adam Reynolds and Cody Walker in the halves alongside a well-structured forward line.

After 0-2 start to the season, questions will be asked once again as to whether Widdop’s future lies at the full-back spot and if coach Paul McGregor looks to change things up. Overall, there looks to be plenty to ponder on the Dragons’ front. 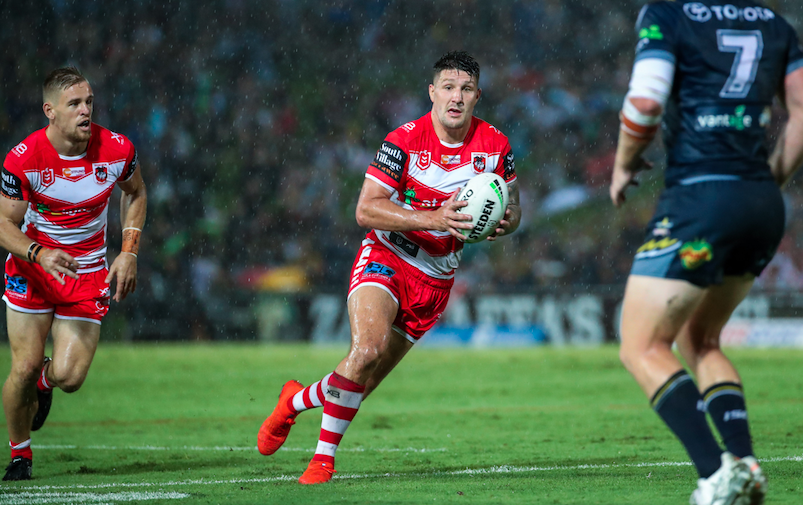 The move to the second-row seems to have put a spring in the step of the 30-year-old. In what was another inspirational performance that saw Burgess and his South Sydney side come out into the second half smelling blood.

After trailing at the break, ‘Slammin Sam’ scored a try before providing a try assist inside the first 10 minutes of the second half to put the Rabbitohs 18-12 ahead. A great deal of South Sydney dominance followed, with Burgess putting the game beyond doubt with his second try of the game. Overall, the powerhouse forward was a prime catalyst in racking up the most runs (17) and second most metres made (157) to go alongside his brace of tries and in the end, enjoying a great start to life under Wayne Bennett.

The 23-year-old once again came off the interchange bench in the loss against Melbourne. Now, although he would not light up the stat lines, he still attempted to make the most of his time with the ball in hand as he racked up 35 metres off the four runs he made.

The former Wigan player’s future in the NRL still remains to be seen but at still a relatively young age and with plenty of games to come, he can still look to prove his doubters wrong and try to further establish himself in the Canberra set up even more.

Two straight defeats may not have been what the doctor ordered for the experienced prop forward and his Dragons side but over the course of the first two games, Graham has certainly worked his socks off in the hope of his side being able to conjure up something in attack and defence.

After leading the way in tackles in the loss to North Queensland, the 32-year-old produced the second most this week with 33. After the first game, Graham and coach McGregor called for patience on St George Illawarra’s new-look spine but after another stinging defeat, it will be interesting where the NSW side go form here. 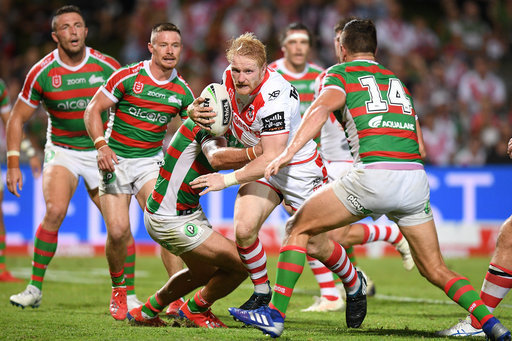 The Raiders came up against a Melbourne side that just looked too good. That being said, the 29-year-old’s effort was clear, putting in another solid and steady showing by making the second most tackles for Canberra with 31 as well as making 80 metres from 11 runs.

The next round of games brings with it another tough test as Whitehead and the Raiders face off against the Newcastle Knights in what promises to be another potential tasty matchup.

The loose forward’s attempts to lead on from his impressive debut last week fell short this time around. However, when you look at the stats, it was still an impressive showing. The 25-year-old led the way in tackles once again with 33, two more than fellow England team-mate Whitehead. Although he was not able to eclipse the three-figure mark in metres for a second straight game, Bateman was still integral in the running game by making 85 metres from his 11 runs.

Despite it not being the star-like performance we witnessed against Gold Coast, the former Wigan Warriors star was still able to make his presence felt in what was a much stiffer and tougher test. Only time will tell if he can keep up this kind of play. 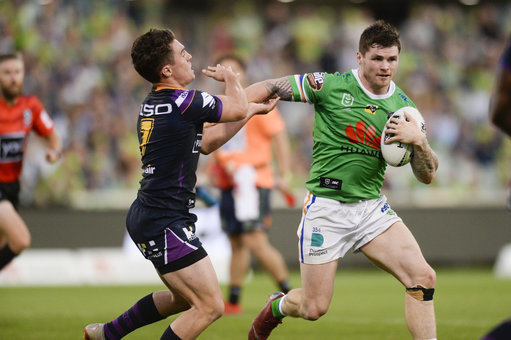 Similar to Bateman, Hodgson put forth a commanding performance last time out looking as sharp and as skilful as ever. However, when you come face-to-face with Melbourne and the likes of Cameron Smith, it can always bring with it its own set of problems. It was not to be the dynamic performance we saw against the Titans as the Raiders struggled to contain the likes of Fijian flyer Suliasi Vunivalu.

The starting number nine position for Great Britain is certainly up for debate with the likes of Daryl Clark, James Roby and Paul McShane tearing up Super League, but if Hodgson continues to perform at the level we saw against Gold Coast, it will no doubt still be his role to lose.

Just like in the first game against the Roosters, the 26-year-old was just as solid as ever in the win over St George Illawarra.

The prop forward’s sheer size caused enough problems in itself and he was able to do what he so often does and make the runs and rack up the metres to pile on the pressure and get his team forward. By the end of the game, Burgess and eclipsed 100 metres for the second straight game. 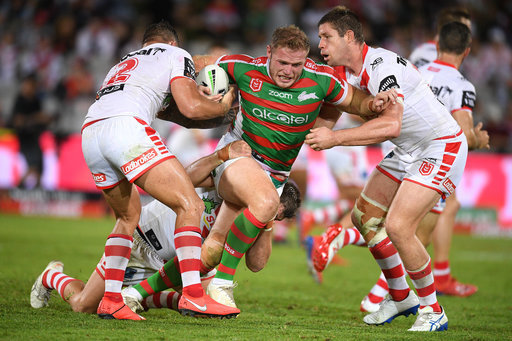 The former Leeds star missed out the game against Manly as he still looks to recover from the ACL injury he suffered with the Rhinos last season.

The 26-year-old prop forward continues to serve a suspension for an eye gouging incident in a international test against New Zealand at the end of last year.