Brooks, 27, has found himself under scrutiny at the start of 2022 as the Tigers have fallen to two disappointing losses.

Pressure is mounting on coach Michael Maguire after a 26-4 loss to under-strength Newcastle, Johns’ former club.

The Australian icon told Nine WWOS: “He’s got all the tools. He should have played representative footy and for whatever reason he hasn’t reached his potential.

“I still think there’s the opportunity for him to reach his potential.

“I feel really sorry for Luke Brooks in some ways.

“I’d hate for him to retire and not to have played representative footy or semi-final footy.”

Brooks has played his entire career at Wests, with Johns picking him out as a youngster as one of the best talents he had seen in years.

His future was subject to much discussion over the off-season, with reports Down Under suggesting Brooks twice asked to leave the Tigers.

One of those destinations was rumoured to be Newcastle, where Johns had returned as coaching consultant.

Johns expressed his excitement about potentially working with Brooks, who was being lined up to replace Mitchell Pearce after his move to Catalans.

But Tim Sheens, now the Tigers’ director of football, shrugged off that talk in the aftermath of their latest defeat.

Sheens said: “I’m not getting involved in any of that stuff about Brooksy wanting to leave. He’s staying at the club, that’s it.” 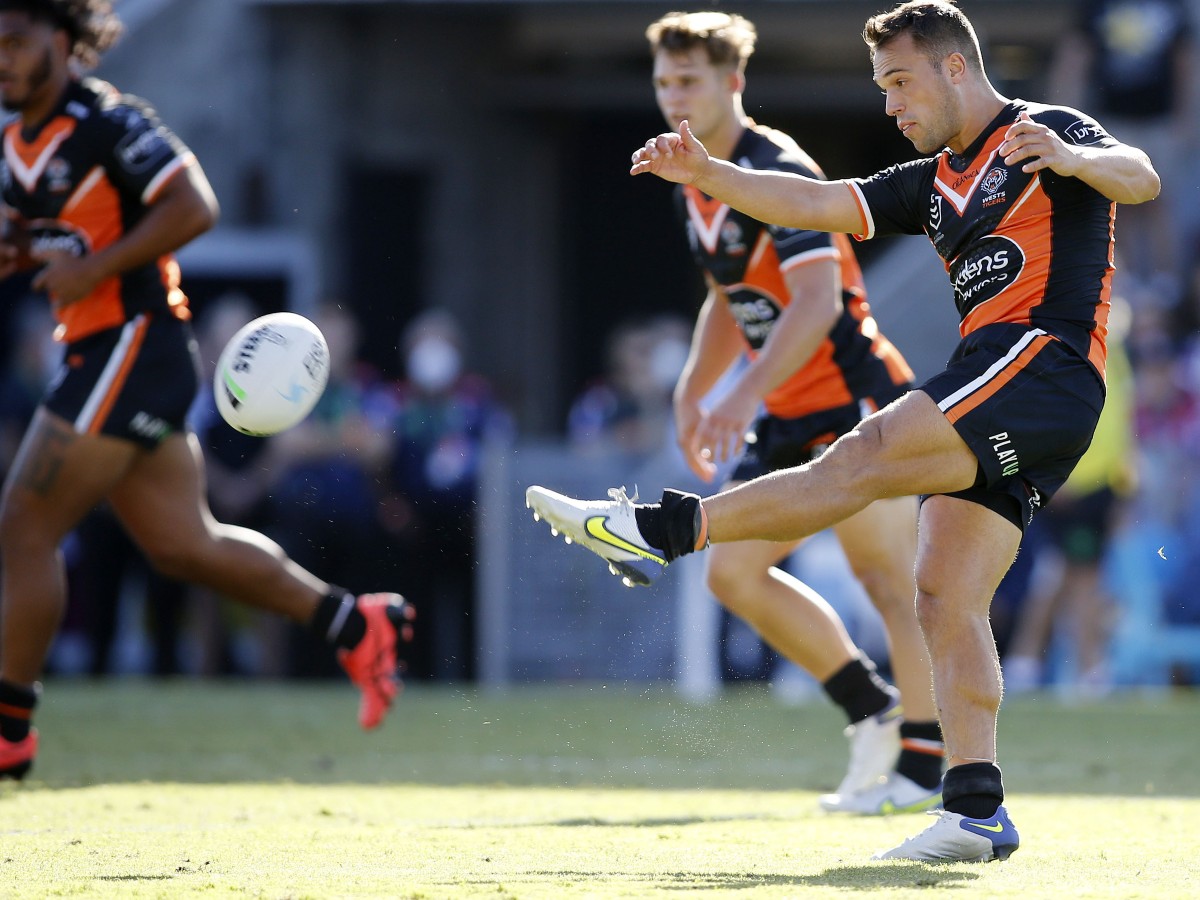 The Tigers lost their opening game of the season 26-6 to Melbourne Storm before being turned over by the Knights.

Club legend Benji Marshall weighed in with some criticism earlier this week, labelling them ‘terrible’.

They are back in action this Friday against New Zealand Warriors at Campbelltown.

And Johns says that the Tigers need to ‘totally simplify the way they play’.

“Find out what plays suit you. Work them out, master them and once you master them, build from there.”

The end of the regular draws closer as we preview every game over the course of round 21 of the NRL season. [Read more…]