There are an increasing number of African-born players or African heritage players breaking through and establishing themselves in rugby league. 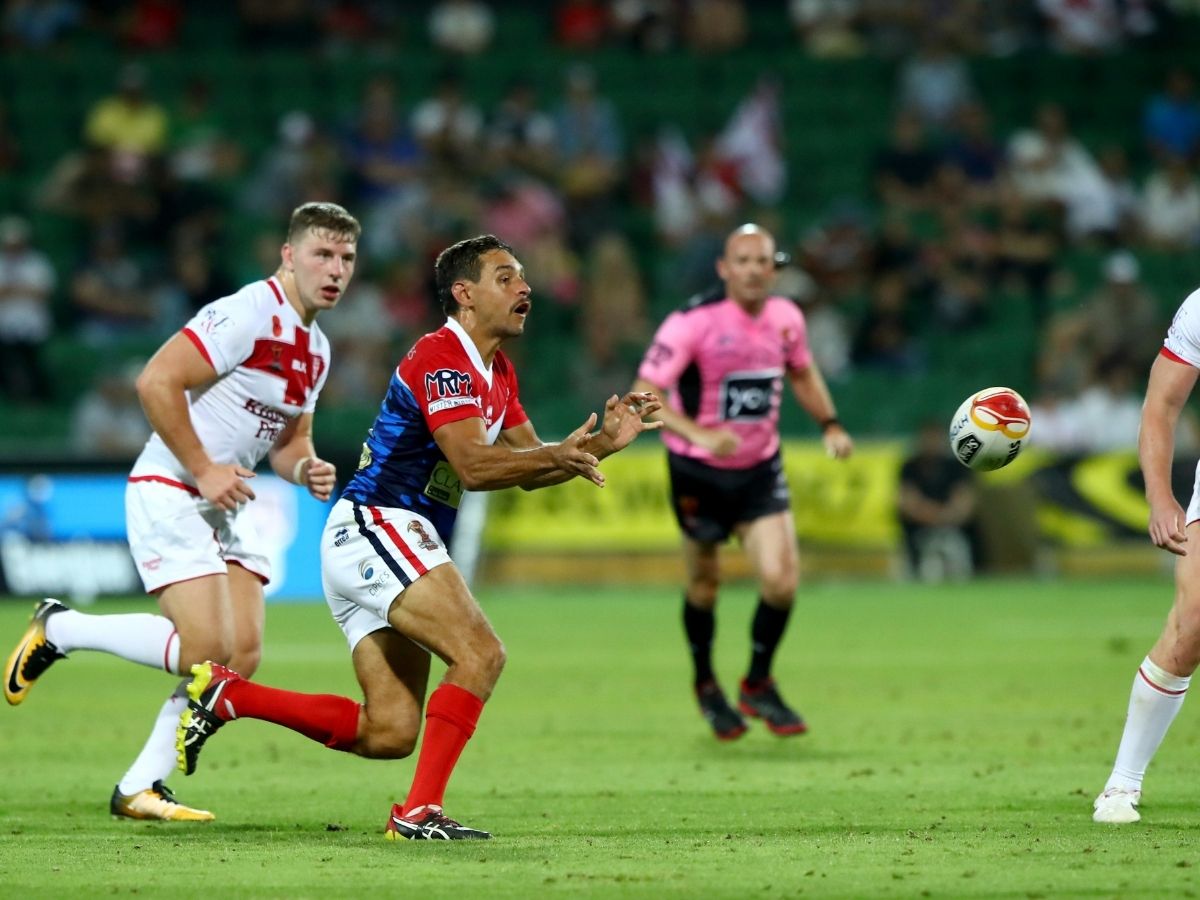 Kheirallah will enter his 11th season with Toulouse in 2022, where he will play in Super League for the first time. The 31-year-old full-back was born in Australia but made his international debut for France at the 2017 World Cup. He is of Egyptian descent. 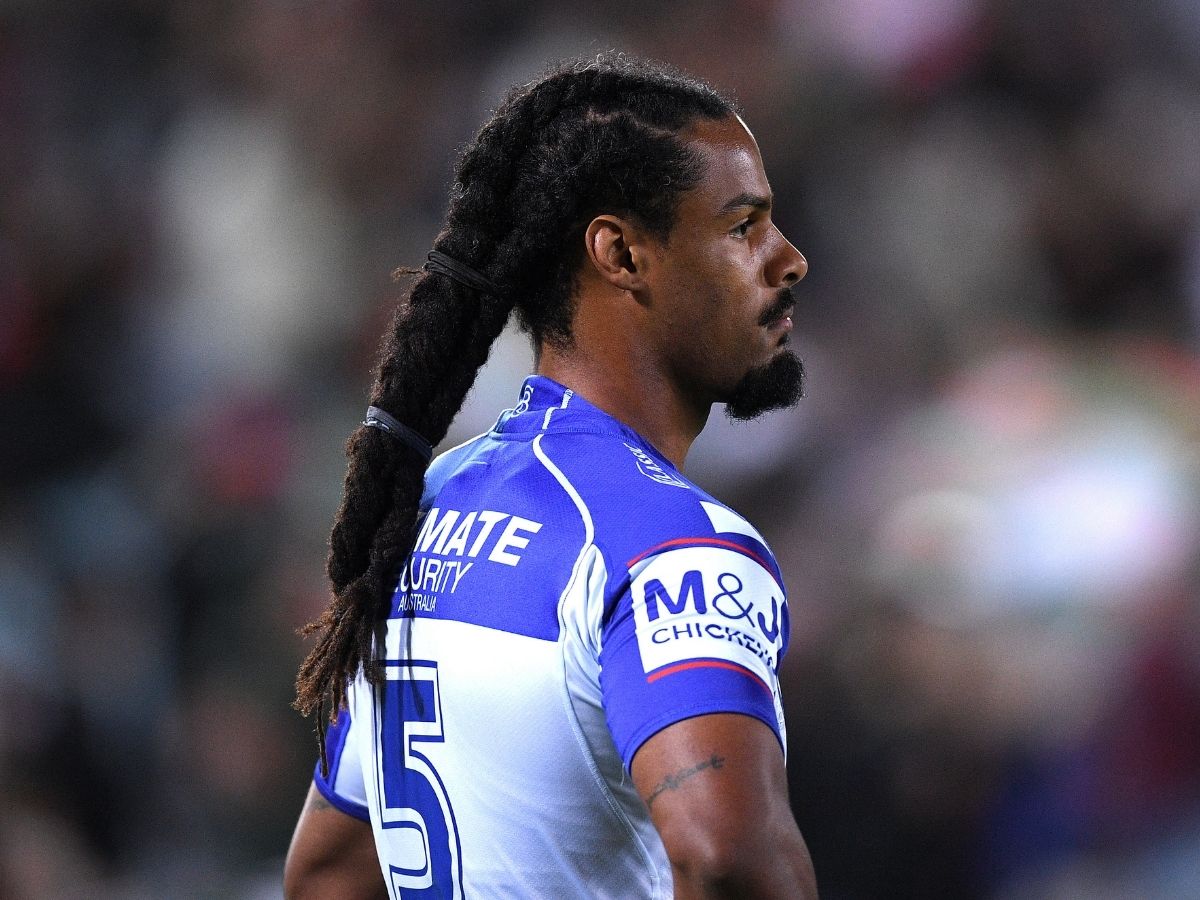 The Canterbury Bulldogs winger burst onto the NRL scene in 2019. He has scored 11 tries in 20 appearances for the Bulldogs so far. He was born in Australia but is of Nigerian descent on his father’s side. 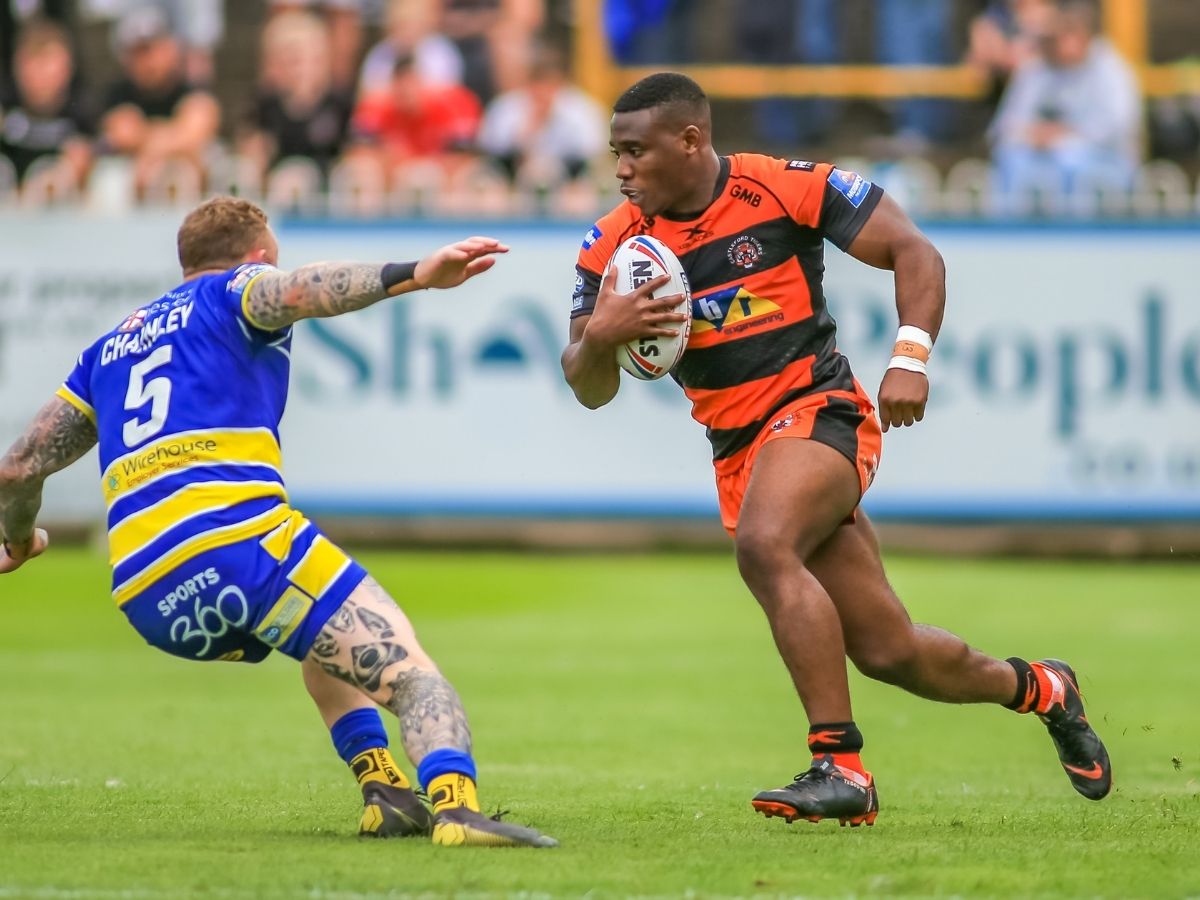 Egodo has played for Castleford and London Broncos as well as bunch of loan spells. He has scored 34 tries in 62 career appearances so far. The 24-year-old was born in Tottenham, England and is of Nigerian descent. 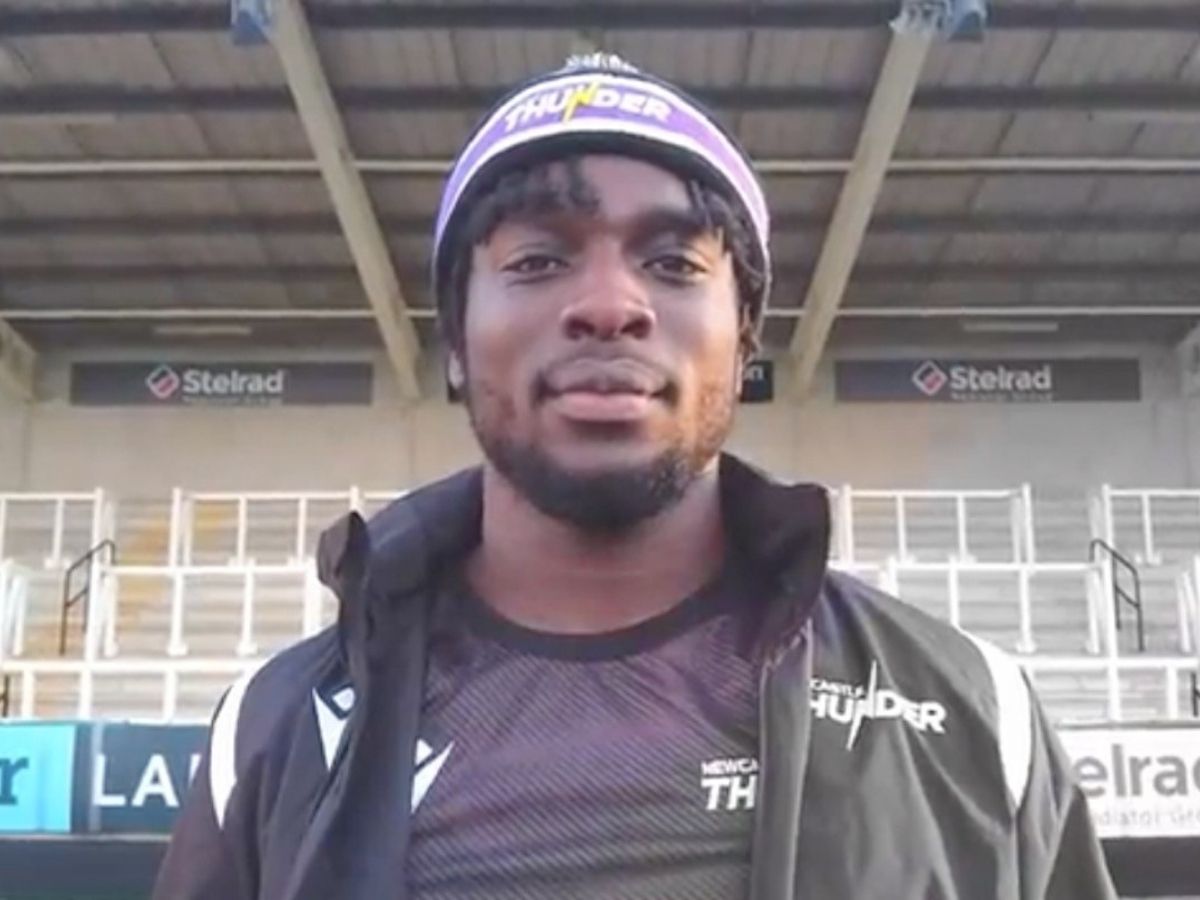 Boafo, who hails from Croydon in South London, is of Ghanian heritage. The 22-year-old scored 16 tries in 13 appearances for London Broncos in 2021. He has joined full-time Championship club Newcastle Thunder for 2022. 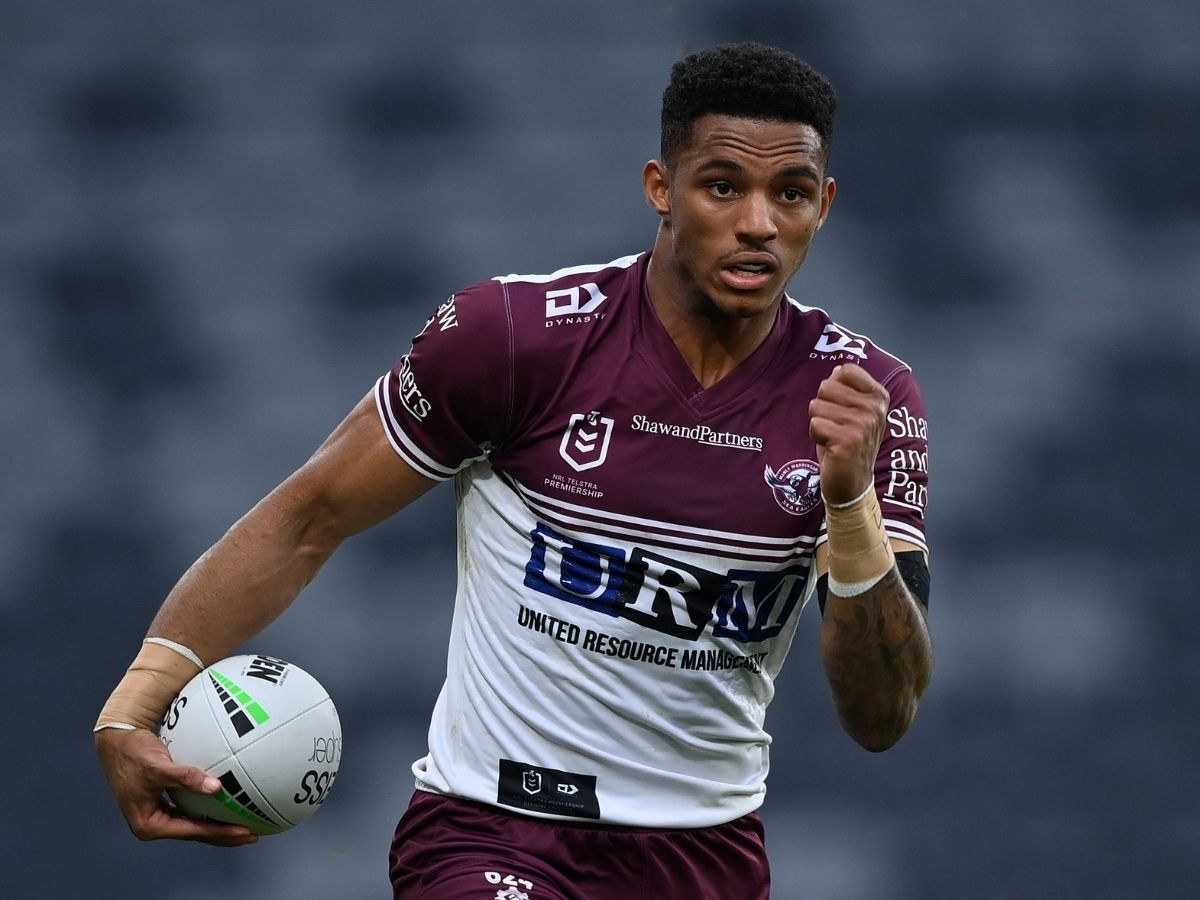 The Manly Sea Eagles speedster is a prolific try scorer, having scored 30 tries in 34 NRL appearances to date. Saab was born in Sydney, Australia but is of Nigerian and Indigenous Australian descent. 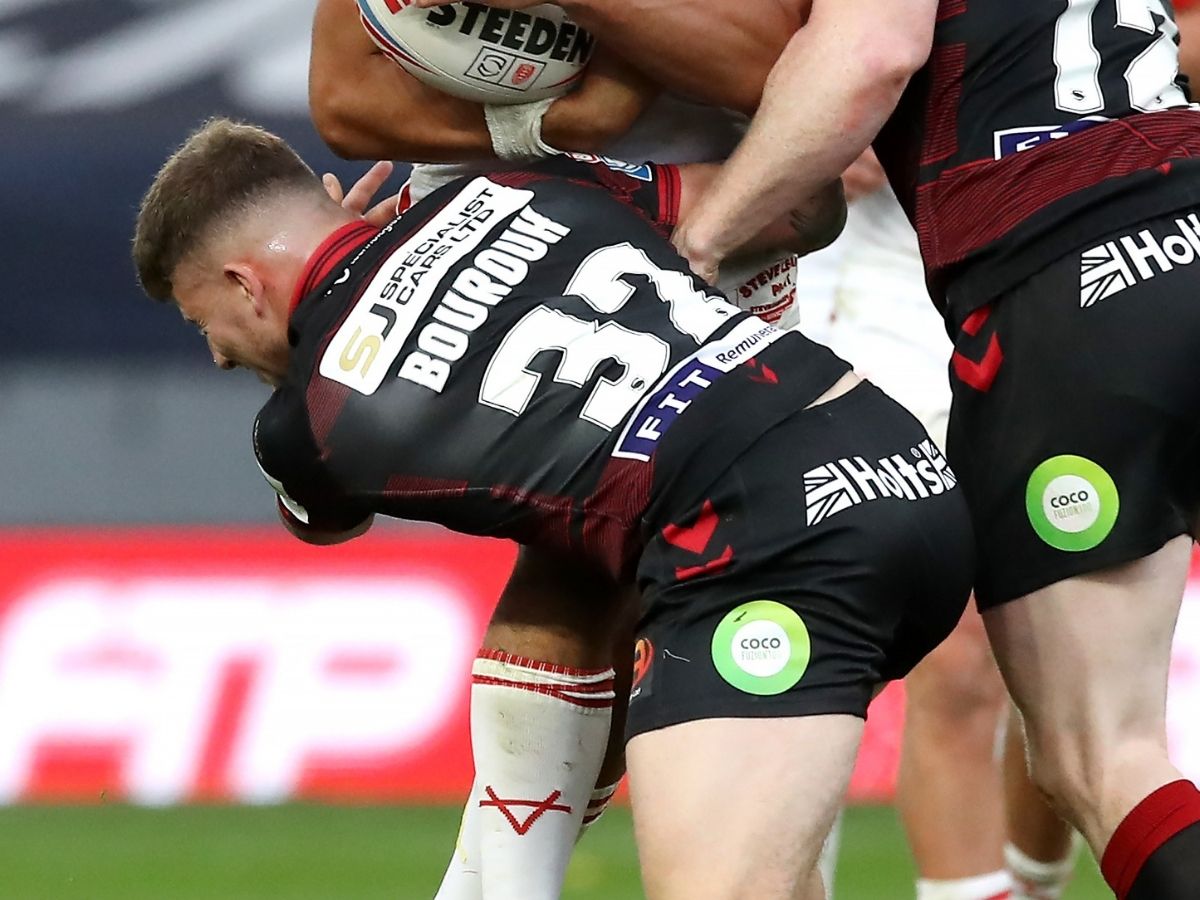 Bourouh was born in Huddersfield, England and came through the ranks at Super League giants Wigan. He made nine first team appearances for the Warriors and spent the 2021 season on loan at hometown club Halifax. He has joined Salford ahead of the 2022 campaign. Bourouh is of Algerian and French heritage through his father’s side. He is primarily a hooker but for the purposes of this feature we have put him at stand-off. 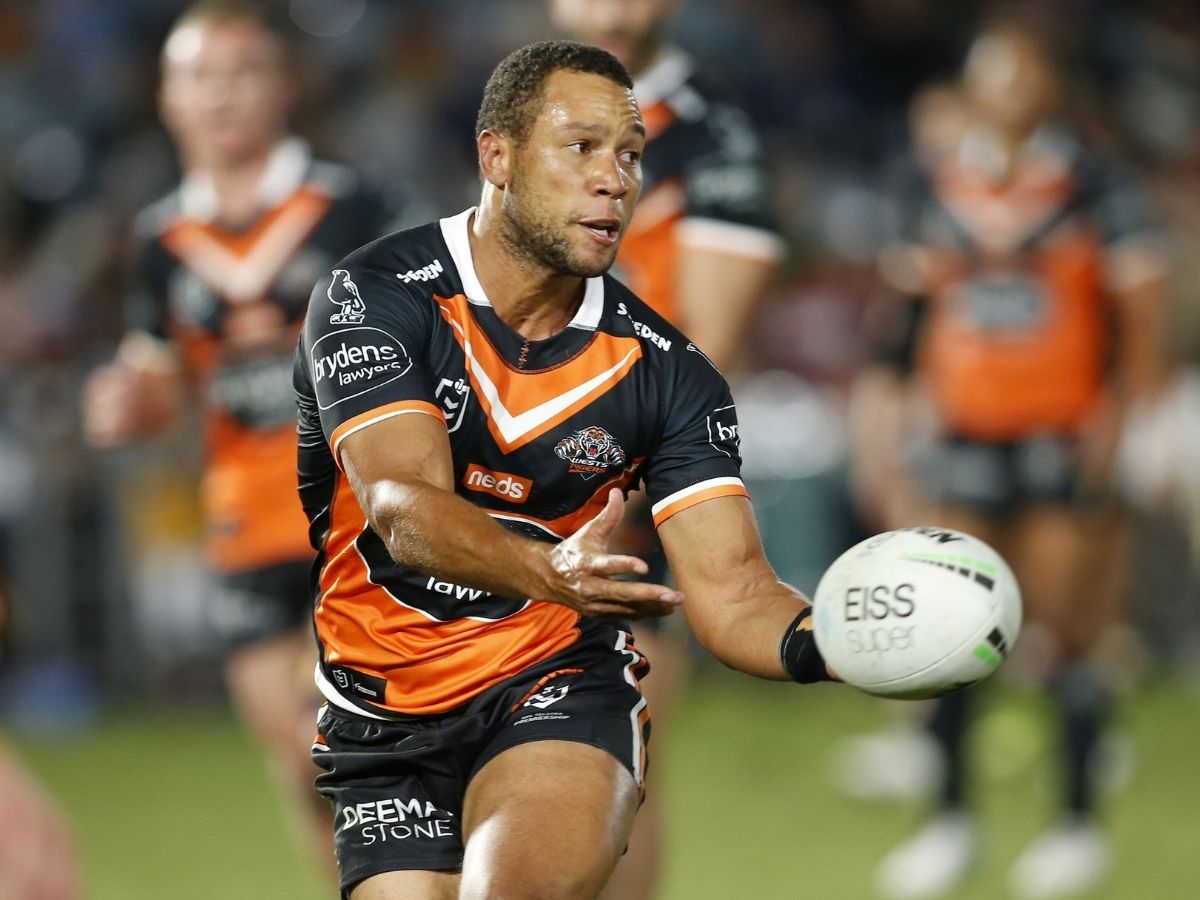 Mbye is one of the few NRL players to be of African descent. The 28-year-old was born in Brisbane, Australia and is of Gambian descent through his father. Mbye has made more than 150 NRL appearances for Canterbury Bulldogs and Wests Tigers. The Queensland representative has joined St George Illawarra Dragons for 2022. 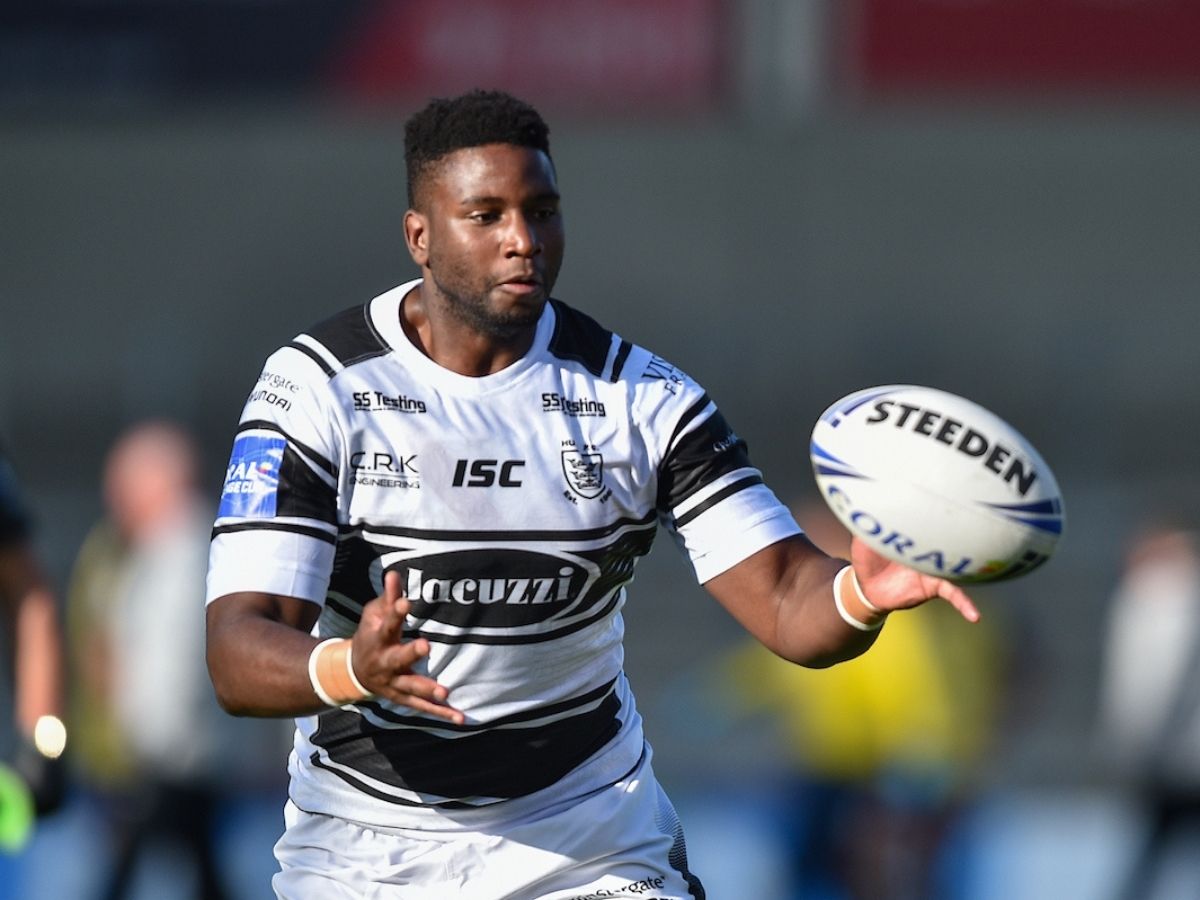 Matongo was born in Harare, Zimbabwe. The 25-year-old came through the system at Hull, making 59 first team appearances for the Super League side before linking up with York ahead of 2022. 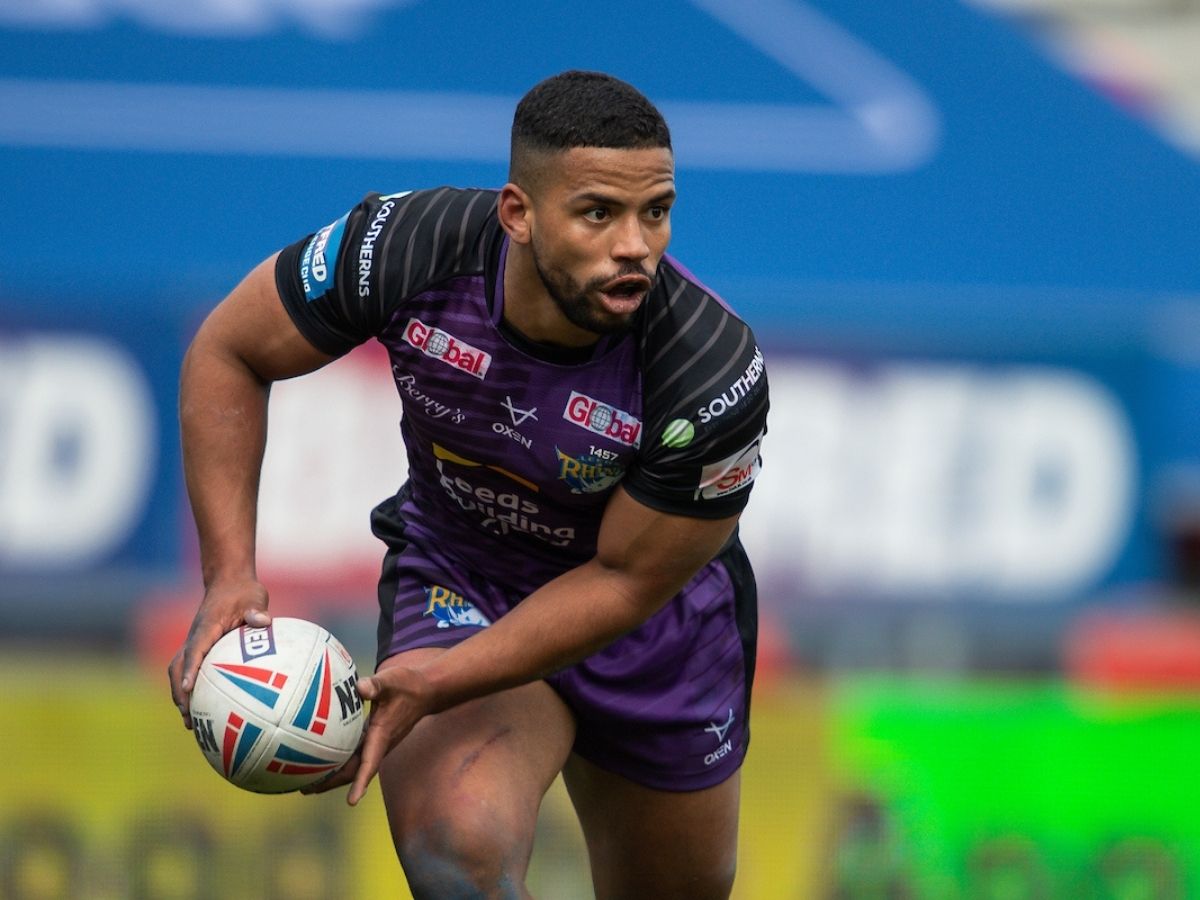 Leeming was born in Eswatini, which was then known as Swaziland, but raised in Halifax, England. The 26-year-old made 122 appearances for Huddersfield before moving to Leeds in 2020. Leeming was capped by England Knights in 2018 and represented his African heritage in the Combined Nations All Stars’ win over England mid-season in 2021.

Sangare was born in Mali but grew up in Toulouse, where he discovered rugby league at the age of 10. The 23-year-old is thought of as one of the best young props in rugby league. Sangare has already played more than 50 games for Toulouse and has won four caps for France on the international stage. 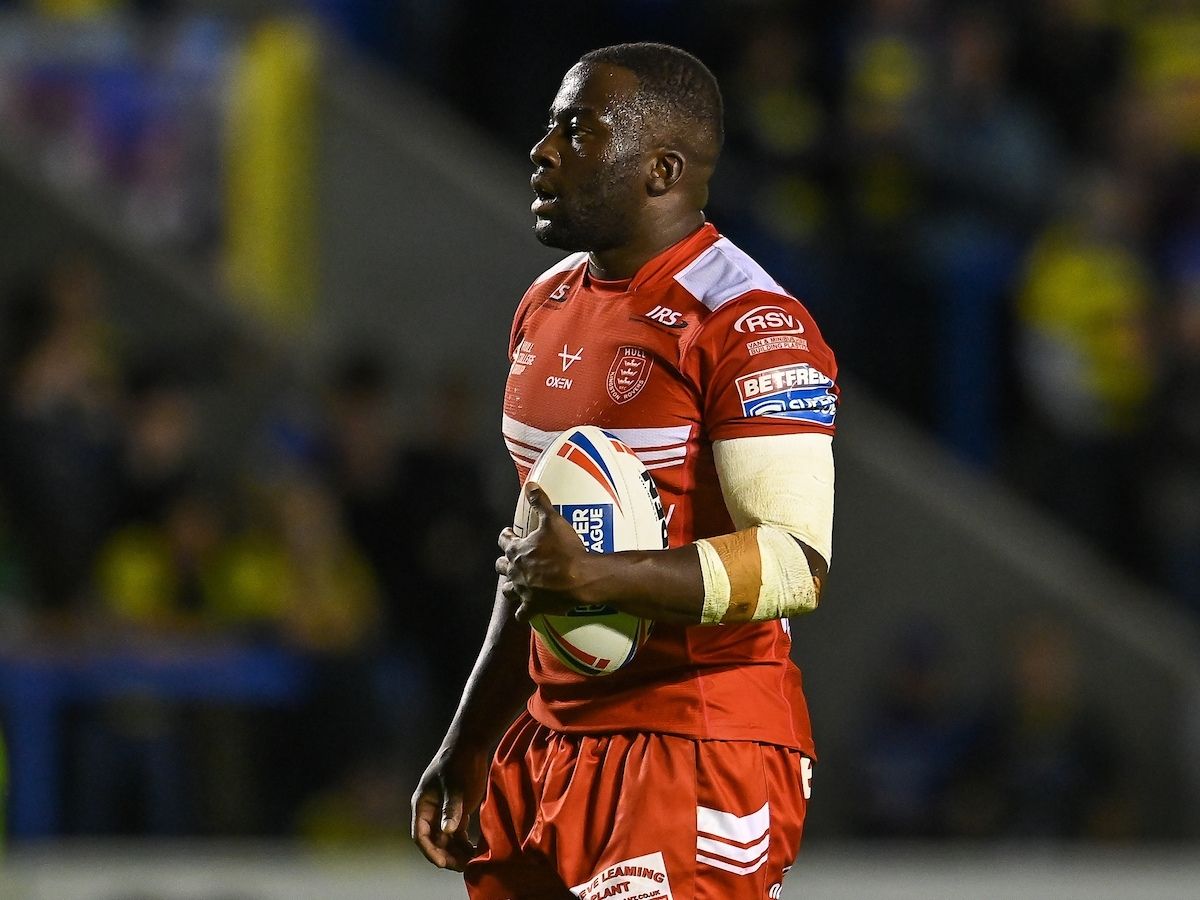 Mustapha was born in Nigeria before moving to England at a young age. The 21-year-old front-rower or second-rower came through the academy at Leeds, where he has made three first team appearances so far. He spent the 2021 season on loan at Hull KR. 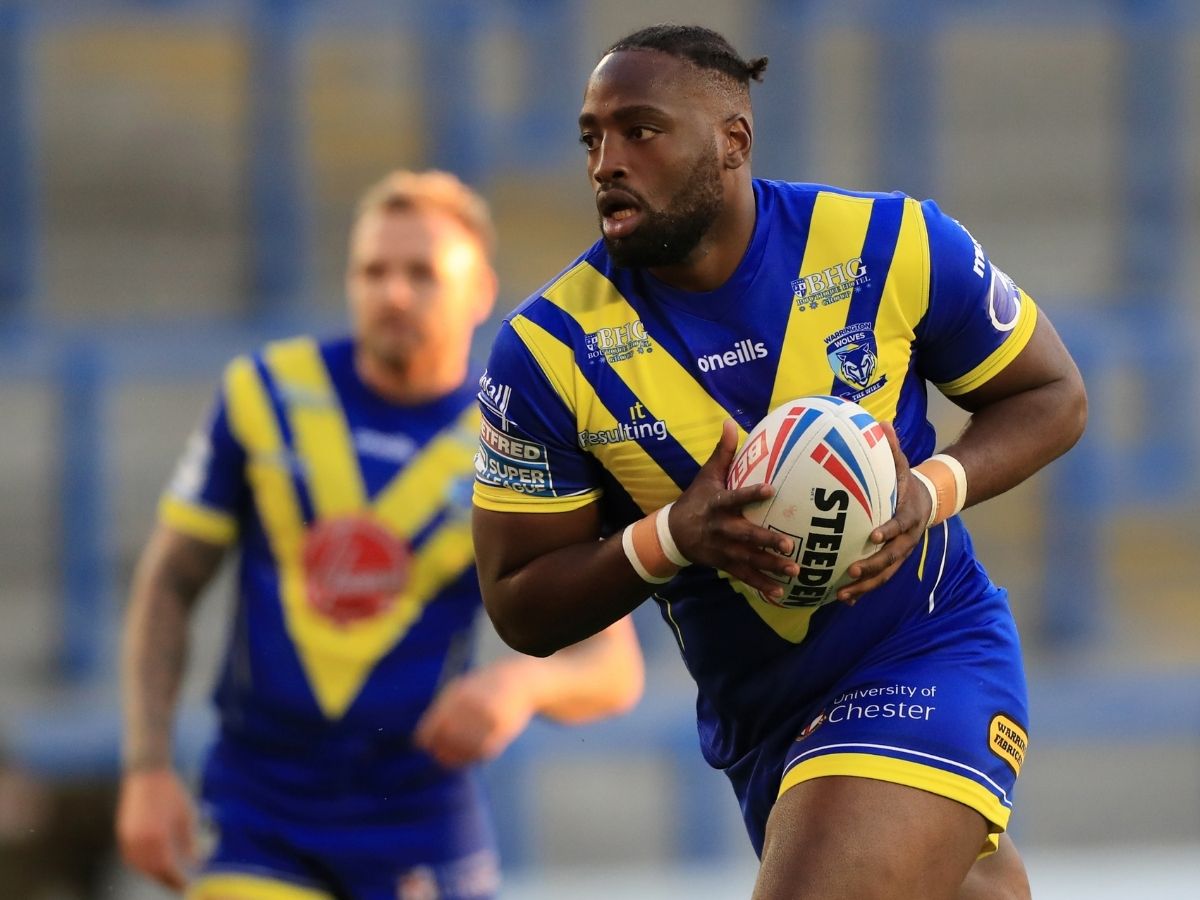 Kibula was born in Kinshasa in the Democratic Republic of the Congo. The 22-year-old came through the ranks at Wigan before spending two seasons with Warrington. He has joined Championship side Bradford for 2022. 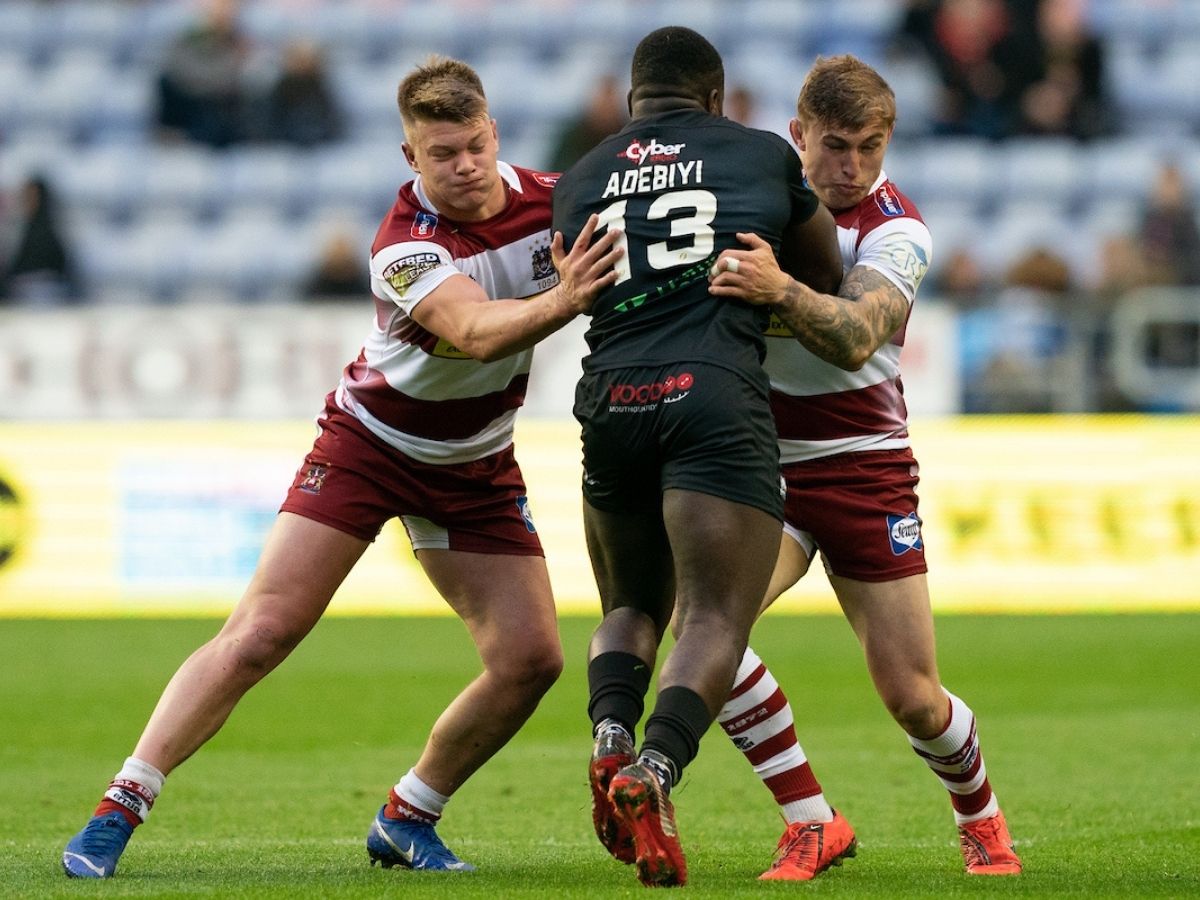 Adebiyi was born in Lagos, Nigeria. The 25-year-old has won two caps for the Nigerian rugby league team, scoring three tries. Adebiyi spent seven seasons at London Broncos but makes the move to Super League side Wakefield for 2022.

Levy Nzoungou (Republic of the Congo) 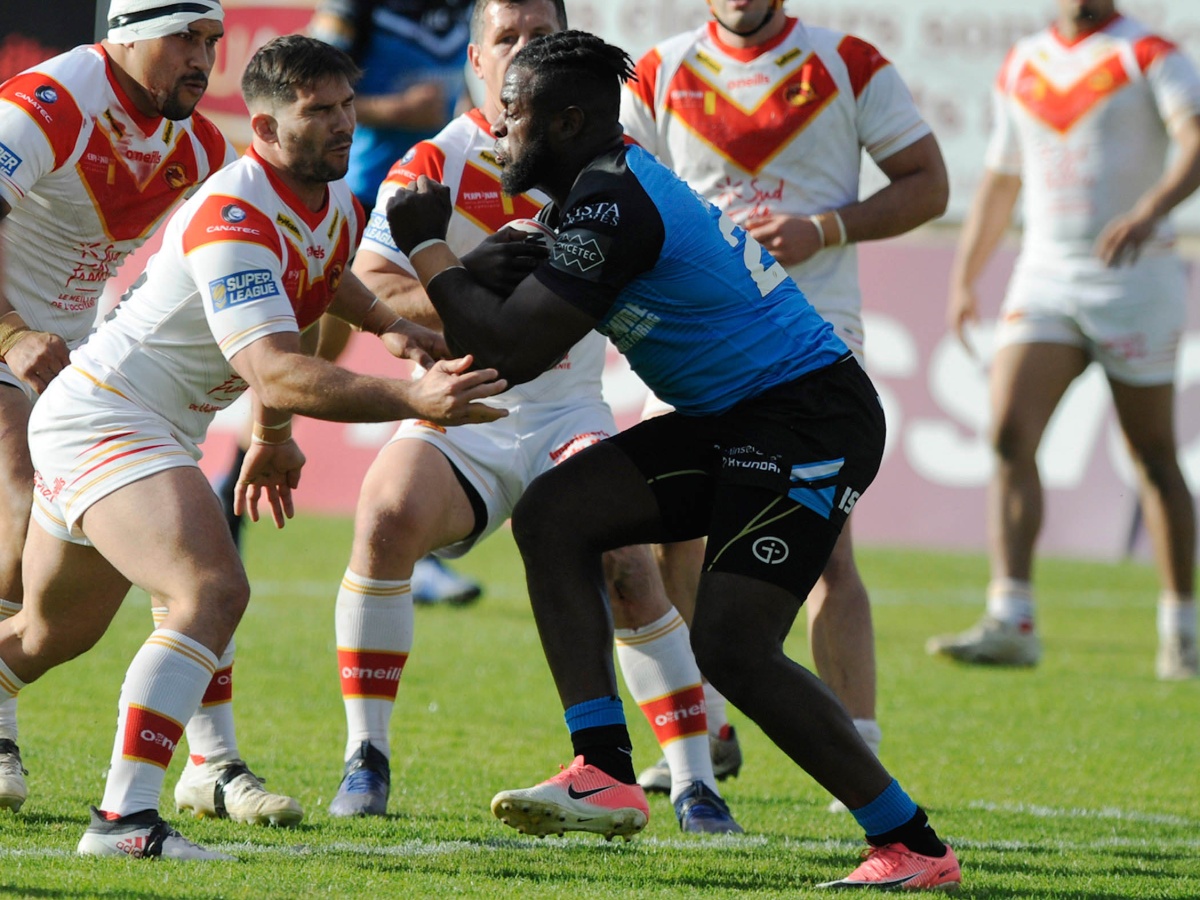 Nzoungou was born in Brazzaville in the Republic of the Congo; and moved to France at the age of eight. He has previously played for Toulouse, Salford, Hull, Albi and Bradford. The St Helens academy product has joined Widnes ahead of this season. 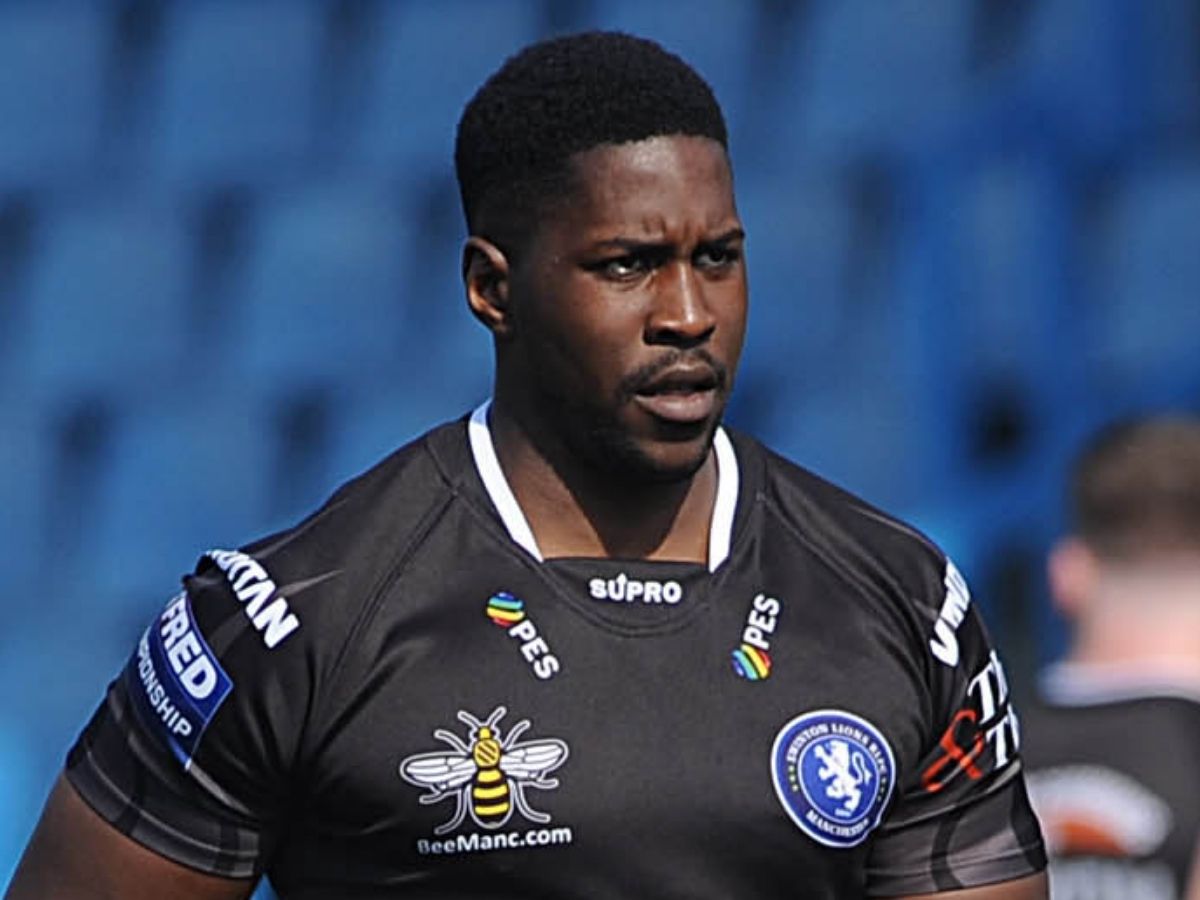 Like Kibula, Kenga was also born in Kinshasa in the Democratic Republic of the Congo. He grew up in Leeds and has played for Sheffield, Dewsbury, Hunslet and Keighley. He now plays for League 1 side Swinton. 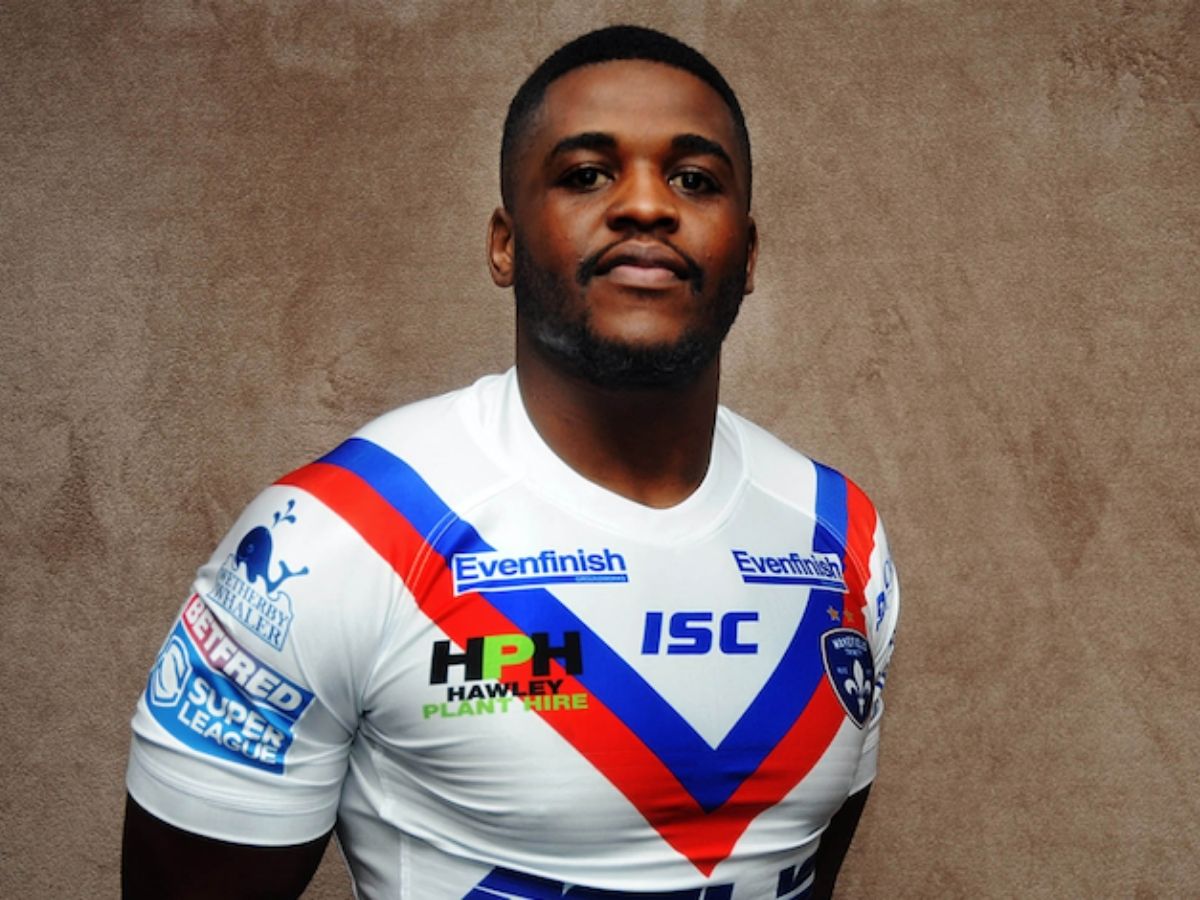 Gwaze was born in Zimbabwe. The 22-year-old progressed through the academy at Wakefield, making five first team appearances for the club. He has been at London Broncos since 2021. 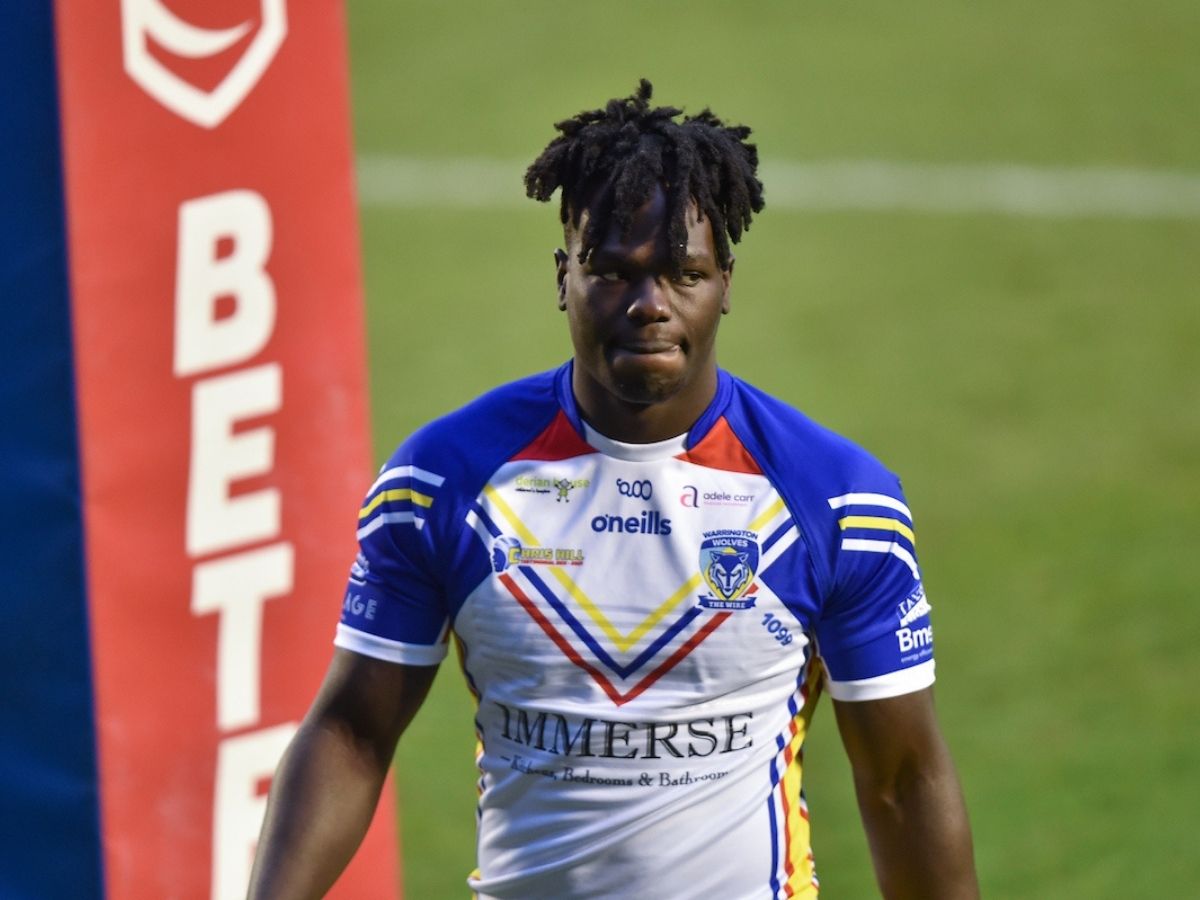 Warrington prop Eribe Doro was born in Oldham, England and is of Nigerian heritage. The 20-year-old made his Super League debut for the Wolves in 2020. He has represented England at lower age groups but would qualify to play for the Nigerian national side. 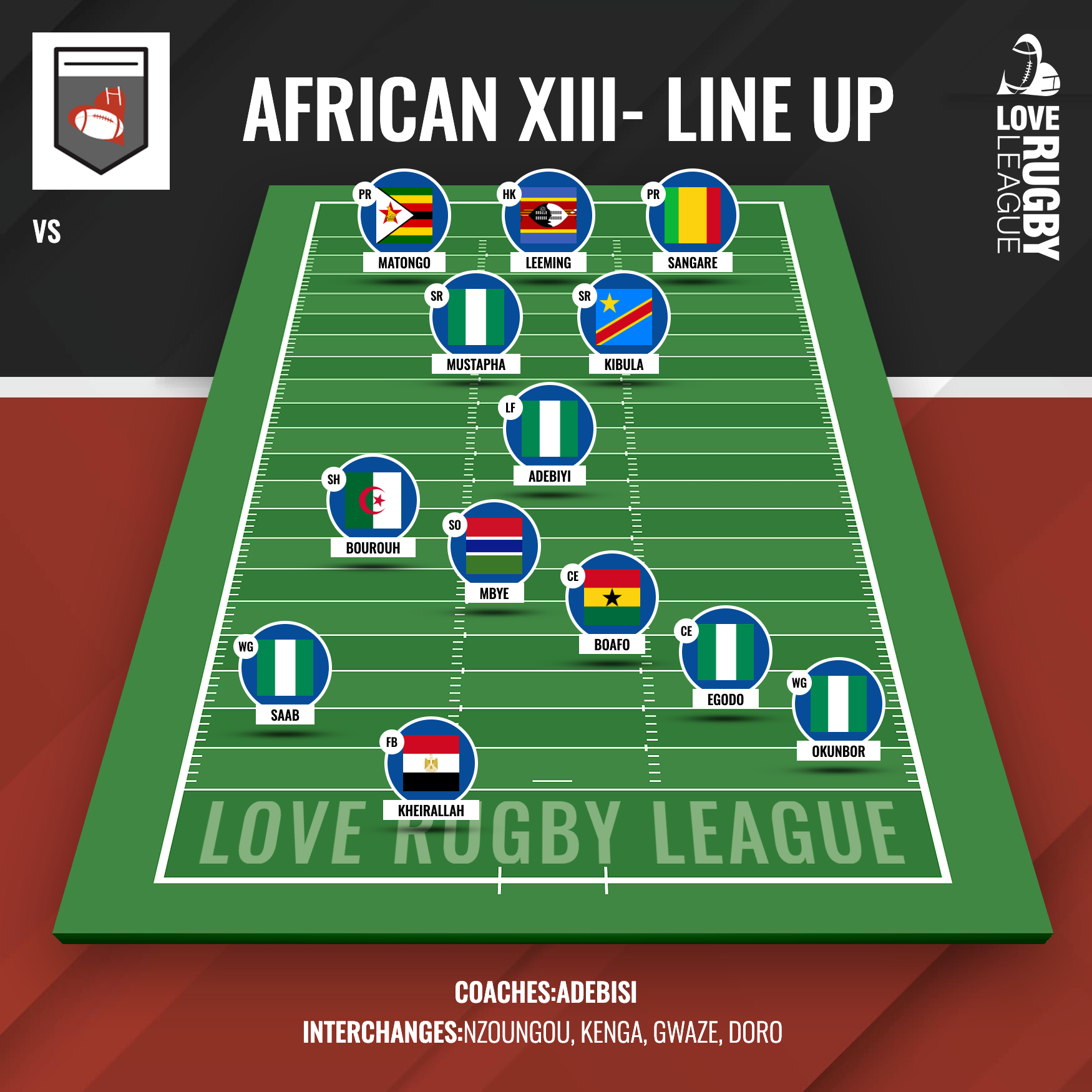