Veteran coach Wayne Bennett has hit out at the NRL as the game looks set to axe mid-season international Tests Down Under.

The international game returned in Australia over the weekend for the first time since the pandemic, as State of Origin Game II also took place. It meant a break to the NRL schedule.

New Zealand played for the first time since June 2019, defeating Tonga 26-6 in front of a sell-out crowd at Mount Smart Stadium.

Samoa took on Cook Islands, with winger David Nofoaluma inspiring his Samoan side to a 42-12 victory with a four-try performance. Papua New Guinea also defeated Fiji 24-14 in the Pacific test double-header at Campbelltown Stadium in Sydney.

However, mid-season Tests look set to be axed, with State of Origin to return to three Wednesday night matches next season.

It’s due to the new Channel 9 broadcast deal between 2023-2027, which wants Origin returned to its traditional slot.

Former England, Great Britain and Australia head coach Bennett believes leaders at the top have got the call wrong, saying the international game inspires next generations.

Wayne Bennett voices his disapproval of scrapping rep round

“I think Peter V’landys (ARLC chairman) has done a wonderful job for the game, but they’ve got this one wrong,” Bennett told ABC Sport Podcast.

“And you’ve got to remember, not one of those players that play in the NRL had to play for their countries. There was some of the best players in the game playing for their countries. Why was that, in the middle of the season, a tough season, why did they do that? Because it’s important to them. They embrace it and the game has got to embrace it.

“If you’re a young boy at home last night, and I’m sure there were thousands of them, watching with their grandfathers or uncles, whatever, the same nationality as they are, you don’t think that would have impact on them wanting to be a rugby league player? You don’t think that was important to them last night?

‘We’re in competition all the time with ourselves’

“Origin tonight (Sunday) will mean so much to so many Queensland and New South Wales young boys and girls. And we’re going to take it away. It’s crazy stuff.

“I don’t get it for one weekend of the year. Sold out in New Zealand with a huge atmosphere. The third game last night (Papua New Guinea vs Fiji), I could watch that every day of the week.

“It means so much for those young men to play for Papua New Guinea, Fiji, Cook Islands, Samoa. And all of a sudden we just pull the rug out from underneath it and go ‘I dunno what we’re gonna do with it’. 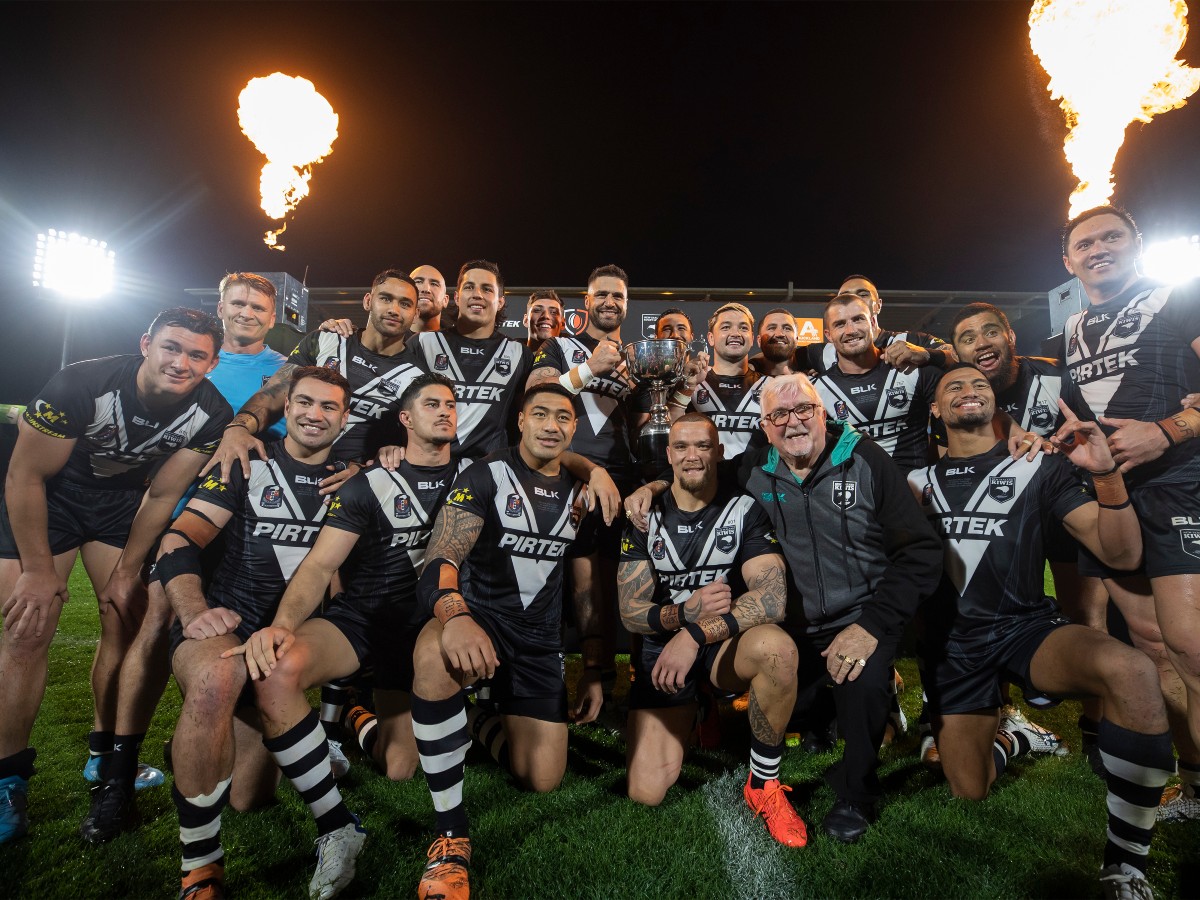 About Josh McAllister 1719 Articles
Journalist. Joined the Love Rugby League team full time at the start of 2022 having been a freelance reporter for several years. Previously media manager for Swinton and Rochdale.
Twitter