The recent re-brand of the European Rugby League, previously known as the Rugby League European Federation, signals the latest step in the sport’s organised governance strategy.

Sitting alongside its Asia-Pacific equivalent, ERL will in time relinquish its responsibility for Africa and the Middle East as further federations are created to sit underneath the worldwide body, International Rugby League.

David Butler, who has previously worked for the RFL as a match commissioner and in other match official related roles, was appointed General Manager of the ERL late last year, and took up post at the beginning of 2021.

Best wishes to our new GM, David Butler, as he begins his first day on the job today.#RugbyLeague #EuroRugbyLeague pic.twitter.com/ngdAZ89UyN

Working with the RFL

One of the battles rugby league has is in part been caused by its unique foundation in the great split of 1895 – the RFL has been around for 126 years, and is still seen as the authority of the game in the Northern Hemisphere. As an organisation, its size, resources, heritage and influence dwarfs the European Rugby League federation, which technically sits above it in the governance structure of the sport worldwide.

“The RFL is a beast of an organisation. It’s huge. It’s been around a long time. It’s not about us competing with them. They are aware of us and are supportive of it. Lots of things happen because the RFL are supportive and have a genuine desire to grow the game in Europe.

“They want strong opposition on their doorstep. There is of course a right, and a need, for them to protect their interests, so we aren’t going to be able to force them to play internationals every weekend, and we know domestic competition is important for everybody.

“That’s where you put your roots and build a culture, and the international game adds profile and somewhere to aim for.

“The RFL is 126 years old. RLEF came in to being in 2003, incorporated in 2010, and is a very new organisation. We need to evolve this organisation commercially without damaging properties held elsewhere, and also look to alternative forms of the game.

“There’s a genuine interest in the importance of the international game and if you look at the profile of the 2021 World Cup, its on target to be the biggest and best World Cup we’ve ever had.”

What does the European Rugby League federation do?

The European Rugby League Federation is the confederation for Rugby League in Europe, North & Central America, the Middle East and Africa.

According to its website, it oversees and co-ordinates the development of the sport in all its Member and Affiliated countries and territories, as well as neighbouring organisations that choose to link to the ERL.

“There are only four full-time staff, so it’s all hands to the pump. The three areas are competitions – so the staging and managing of the matches and the various functions, match sanctioning and eligibility checks; developing members to progress through the tiers of membership with governance training and help them to get recognised by their governments; and then we help organisations come in to being.

“Recently, off a press release we had sent out about Austria rekindling rugby league there, it sparked some interest from Slovakia in Bratislava. Of course at the moment, people’s minds aren’t on playing sport, but simply economic survival.

“If I had a wish list, I’d ask for a magic money tree! Of course, money makes the world go round so we help members get government recognition and go through the steps required to apply for funding.

“In terms of hands on, on the ground work, it’s left up to the governing bodies. What we do is provide education packages for match officials, provide technical information required for them to come in to being, such as a constitution to comply with various regulations and legal provisions.” 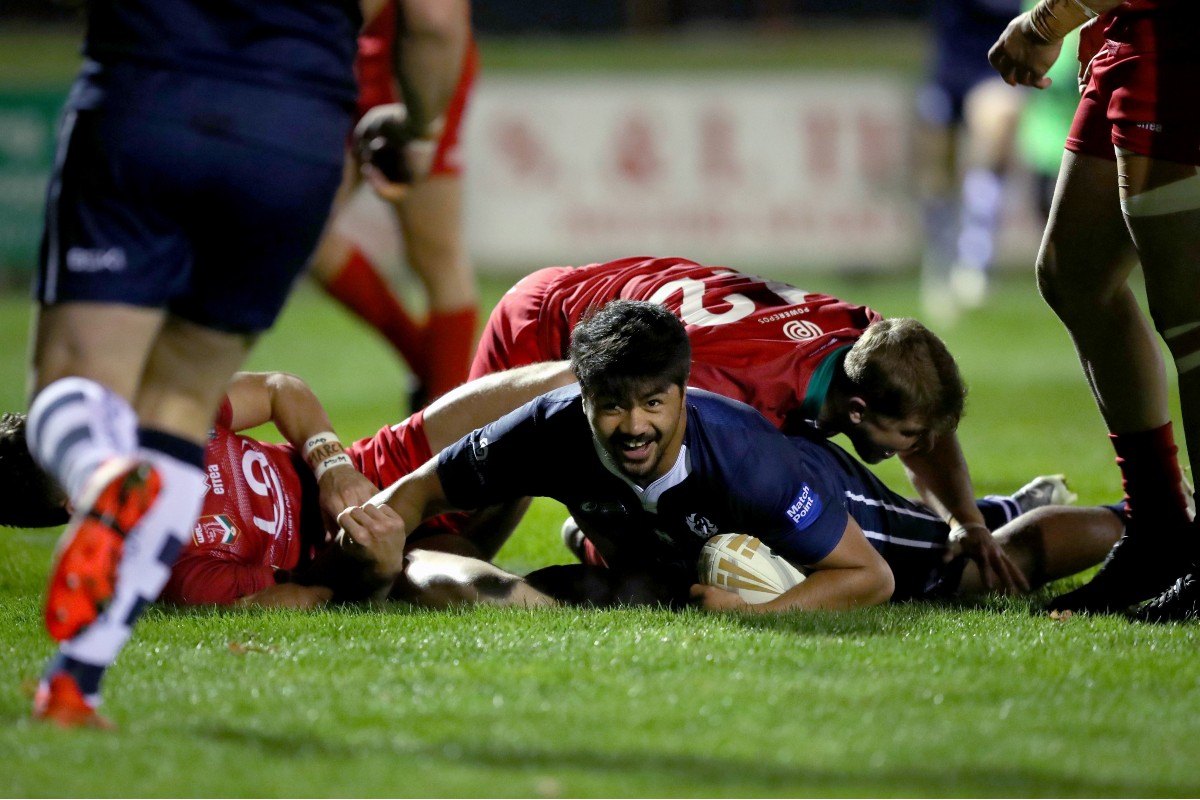 Despite that, international competition remains sparse largely due to logistics, while the vast majority of professional and semi-professional players in Europe hail from the three main participants – England, France and Wales.

“Say Ukraine want to play eight fixtures a year, the logistics prevent that,” added Butler. “And I don’t think people necessarily appreciate just how much goes on behind the scenes in organising international matches.

“Long-term, if we’ve got a really strong, competitive set of countries in Europe, then it’s more marketable and more interesting.”

Unfortunately, COVID put paid to the 2020 European Championships, which had promised to be a big landmark for rugby league on the continent – with four separate champions operating and promotion and relegation between each tier.

And given the participation numbers across the sport – highlighted in our recent piece looking at World Cup nations – there could be an argument that rugby league has become too top heavy.

“Arguably, there is a lot of governance structure in place for what we’ve got, but we’ve got to future proof the game. The ERL and others are all pretty lean organisations, we aren’t a drain on the game, and the service we provide is more than value for money and I genuinely think the game internationally would be poorer without those structures.

“From a commercial point of view, we need to be more commercially savvy in developing better properties which will hopefully come with consistency in the calendar. The European Championship has been regularly staged, the format has just changed quite a lot. We want to have a regular pattern of competition with promotion and relegation between the different tiers.

“I’m a massive believer in the women’s game too, and we want to establish a Women’s European Championships to sit alongside the mens.”

Each year, the International Rugby League co-ordinates a membership audit. Within that is one of the key parts of information – participation numbers, which covers players, coaches and officials.

“We have to trust their word. If you can’t do that, then it’s a sad state of affairs.

“The audit gives us insight into the areas of their business; the participation information enables us to ensure they remain compliant with their tier of membership and we use that information to aggregate up numbers across Europe.

“I think to be fair, more work can be done to identify development areas off the back of it.

“The audit has evolved over time. We do ask for evidence of matches taking place, with team sheets and match reports etc; especially at the smaller end of things where there are maybe four or five teams in a competition.”

Clearly, increasing participation and the standard of the player pool, particularly in mainland Europe, remains a challenge despite the many years of activity in several countries.

Given it was born out of a breakaway, it’s perhaps unsurprising that rugby league continues to suffer from fractures in various places. Opposing governing bodies trying to wrestle control of the sport in their country, and even a new pan-European domestic competition trying to get itself off the ground without the support of ERL.

“The game needs to be united. We’re stronger together. That’s where you’re more commercially viable with everyone singing from the same hymn sheet and everything moving in the right direction.

“I’d love to get to the point where every country in Europe gets semi-professional leagues, and that’s where we have to raise the profile of the game.

“Inevitably, the standard will then rise within those countries, as they have more access to competition, more participants to drive those standards and therefore more commercial interest.

“When there’s more money in the international game, there is then more opportunity to distribute to membership and invest in to the domestic structures.”