We have highlighted six Jamaica players who could cause damage against England Knights this autumn.

The Reggae Warriors will take on the Knights at Leeds’ Emerald Headingley Stadium on October 20 (3pm) in a one-off international Test match as the nations prepare for the 2021 Rugby League World Cup.

Jermaine Coleman’s Jamaica side gained qualification for the World Cup for the first time ever in 2018 as they won the Americas Championship, beating Canada and the United States in Jacksonville, Florida.

Some rugby league fans might not know many players for the Jamaican national team, so’ve picked six players in particular to watch out for this autumn…

The 30-year-old made his debut for Jamaica last year, playing in both games in the Americas Championship, scoring two tries.

Jones-Bishop was born and raised in Leeds but qualifies to play for Jamaica through family heritage.

The Wakefield winger is one of the quickest players in the game and boasts a prolific try scoring record, having touched down 145 times in 231 career games.

The game between Jamaica and England Knights is going to be a strange occasion for Jones-Bishop – whose brother Aaron also represents Jamaica – because he made three appearances for the Knights in 2012! 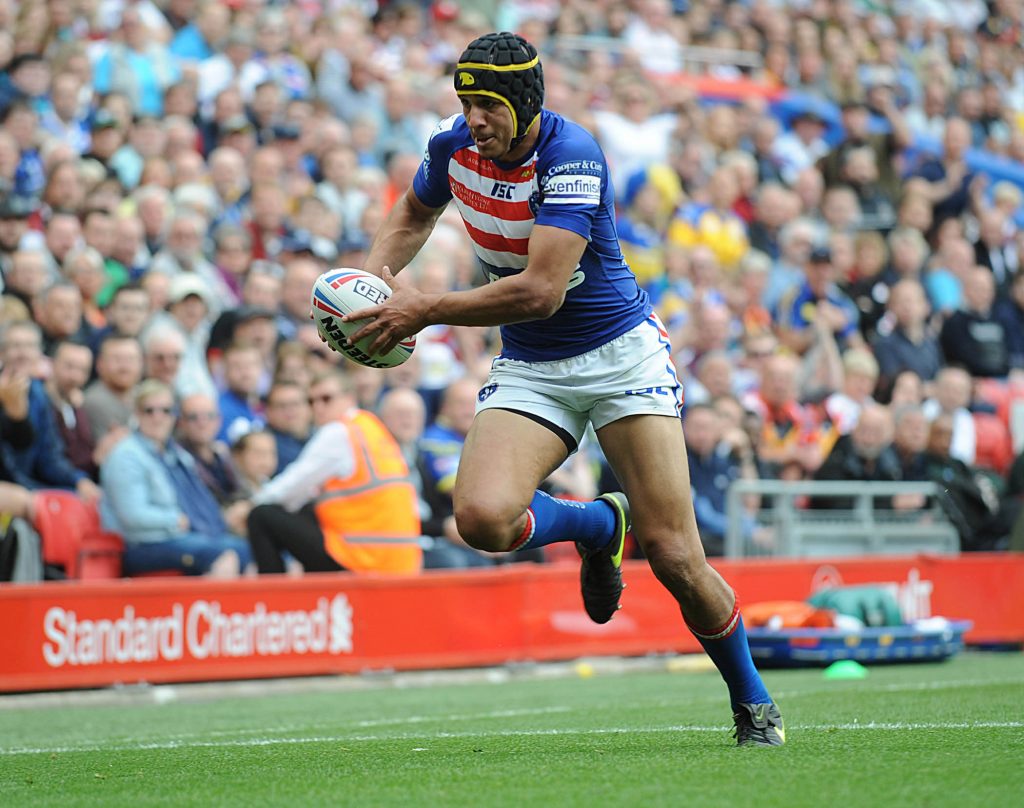 The Bradford prop is one of the longest serving players for Jamaica after making his international debut in 2011.

Peltier has gone on to play for the Reggae Warriors nine times, scoring three tries.

He was born in Bradford but qualifies to play for Jamaica through his ancestors. Peltier is a fan favourite at the Bulls.

Peltier boasts a big frame and will be a handful for the Knights, being regarded as one of the best forwards in the Championship. 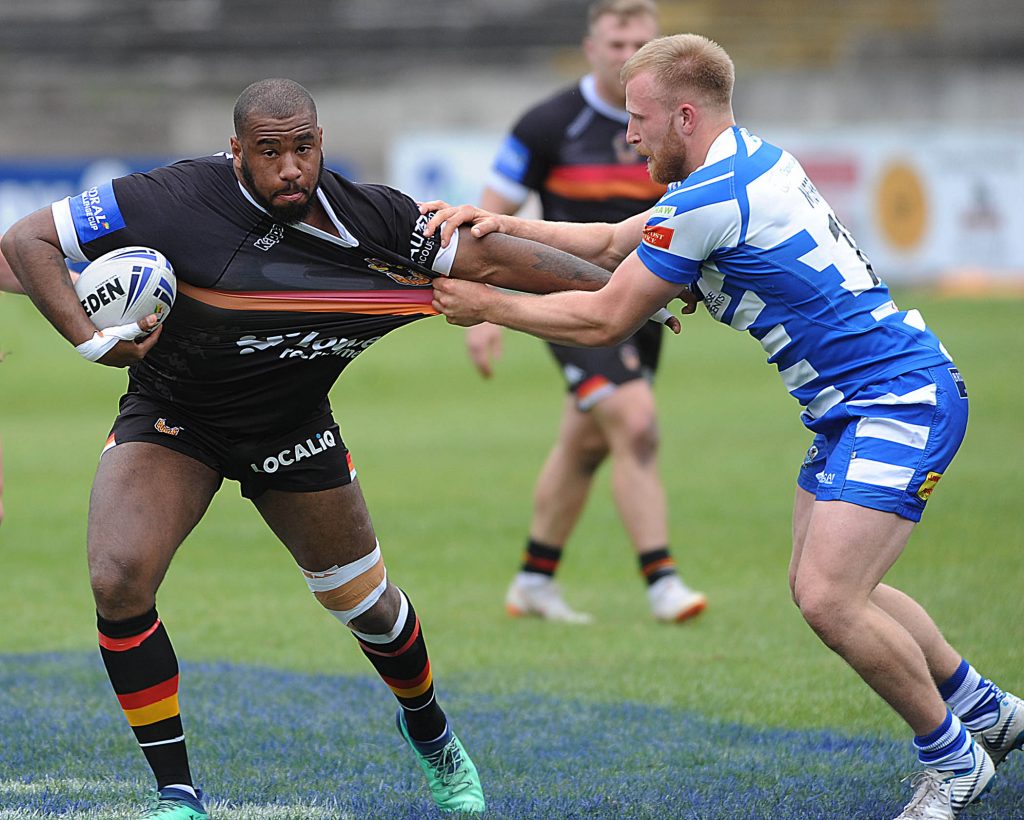 Turner was born in Oldham but is eligible to play for Jermaine Coleman’s side because of his Jamaican grandparents.

The 30-year-old has yet to make his international debut for the Reggae Warriors but he has linked up with the Jamaican squad in meetings as they prepare for the 2021 World Cup.

Turner will add a lot of versatility to Jamaica’s squad, being able to play centre, half-back or even back-row.

He made two appearances for England Knights in 2012 and will add a lot of experience to the squad, having made over 300 career appearances. 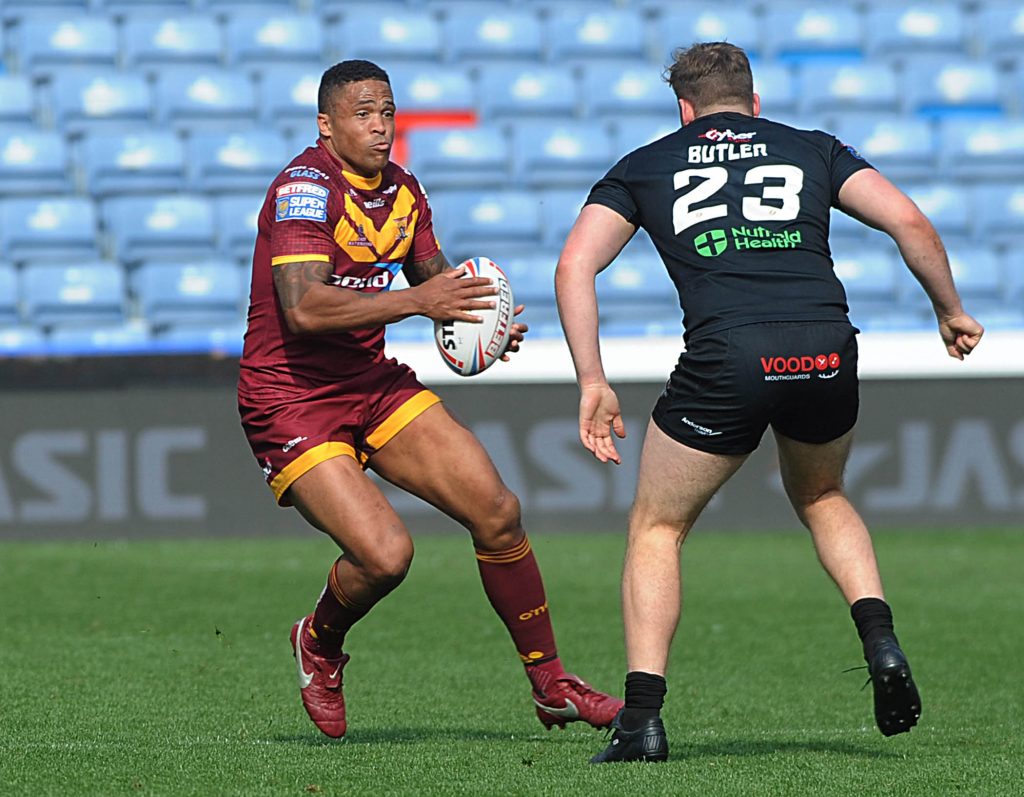 Many people already know about Woodburn-Hall as he stole the headlines in Halifax’s Challenge Cup quarter-final victory over Bradford at Odsal.

The 24-year-old utility-back hails from London but represents Jamaica via family heritage.

Woodburn-Hall is a very skilful player and can create something from nothing. He is still learning his trade though, so the best is yet to come from him.

The half-back, centre or full-back has scored 23 tries in 64 career appearances so far. 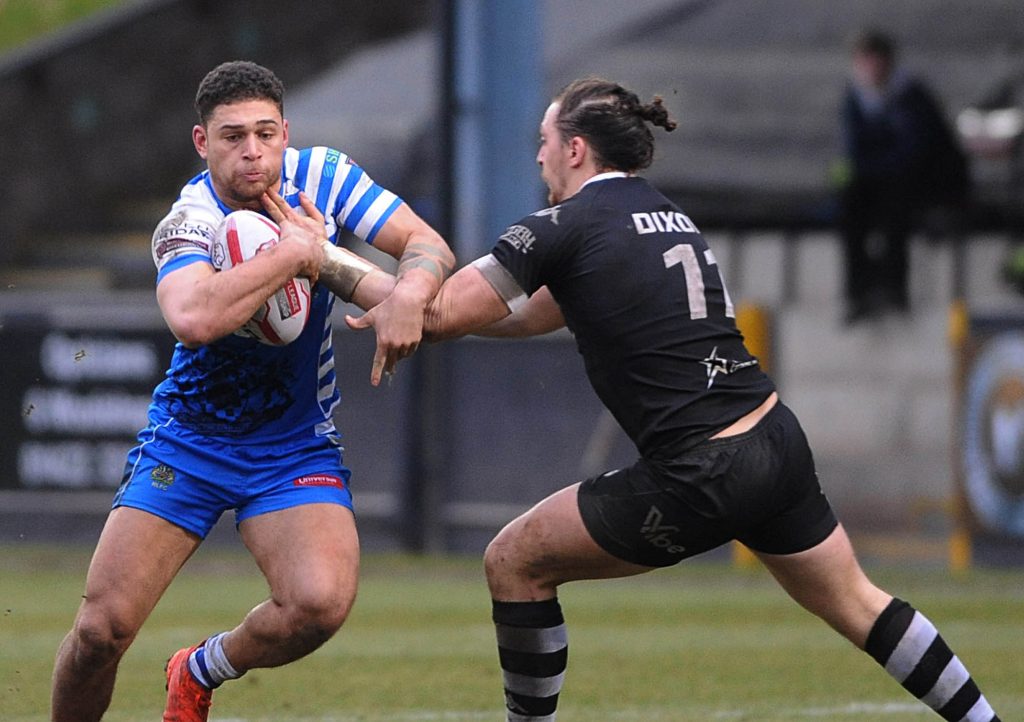 The 22-year-old is one of the highest-profile players in the Jamaican set-up and he has made no secrets about how proud he is to represent his heritage.

Golding burst onto the scene in 2013 for hometown club Leeds, where he has gone on to play 65 games.

The rapid full-back has earned three caps for the Reggae Warriors since making his international bow in 2017, scoring two tries.

Golding – who is currently Jack Walker’s understudy at Leeds – will come up against his counterpart when Jamaica face the Knights at Headingley in October. 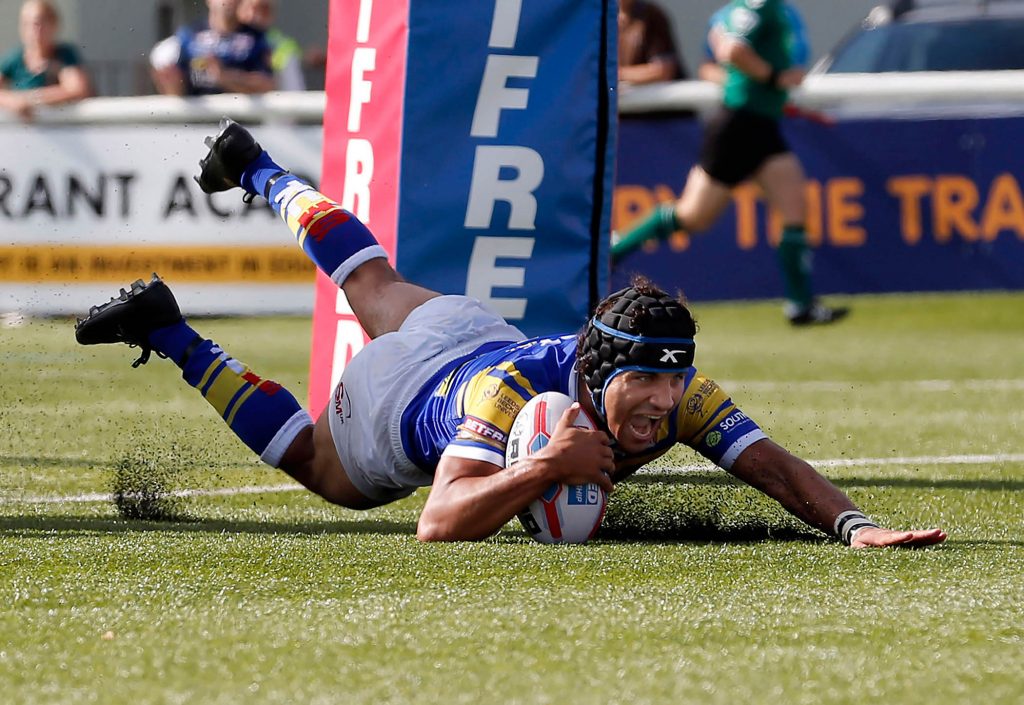 Lawrence is currently enjoying a testimonial year in the game after being a brilliant servant to hometown side Huddersfield.

Like Turner, Lawrence has yet to make his international debut for the Reggae Warriors but has become part of the Jamaica squad since qualifying for the World Cup.

Lawrence – who qualifies to play for Jamaica through his ancestors – will add a lot of punch to Jamaica’s pack. 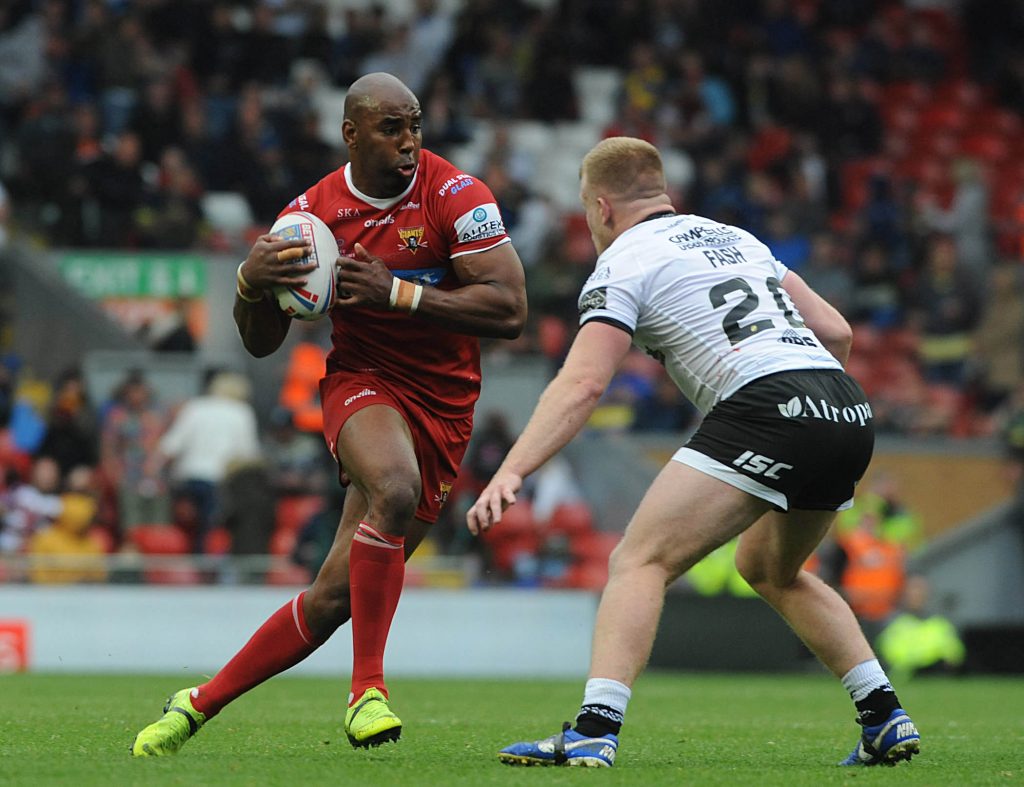 Off the Record: Rugby League Rumours and Gossip #172

Have your say: Were England right to select Blake Austin?

Bradford Bulls coach James Lowes has hailed the contribution made to England‘s Test series win over New Zealand by players who began their careers at the club.

Wakefield playmaker Jacob Miller says a victory over Widnes this weekend will take a lot of pressure off the Wildcats and almost ensure Super League safety this season.

After the best Magic Weekend since its inception in 2007, attention has already turned to the 2015 event. 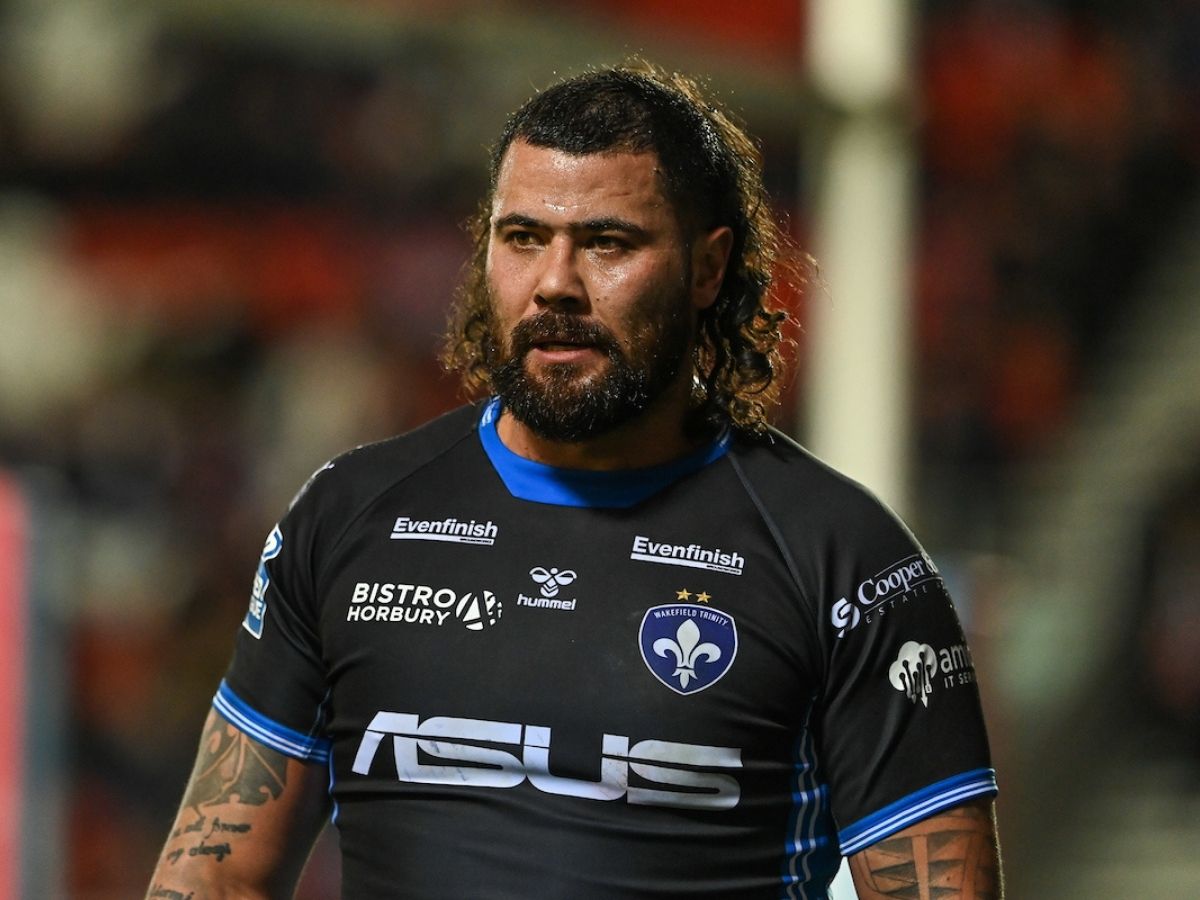