The pandemic has accelerated the rise and importance of the RFL’s Our League app, which barely four years since its launch, has provided crucial coverage at the start of the 2021 season.

Still in its infancy, the OTT platform that the RFL has used to grow membership and to sporadically stream events in recent years has been thrust in to the spotlight as a necessity to service fans, who are still unable to watch their teams live due to the coronavirus restrictions.

Our League now has more than 182,000 members and has shown 50 games behind closed doors already this season, attracting 223,188 live stream starts from 61,638 unique devices.

The RFL’s Chief Commercial Officer, Mark Foster, said: “We wanted to understand our audience and make better informed decisions about the future of the sport using the power of data, rather than just what individuals think.

“The penny dropped when I went down to see Sky about five years ago, and they were talking about what they had on their database in terms of rugby league fans, and they knew about our customers than we did. So we started on a project to change that.

“The Our League platform came about so that at the end of the current broadcast cycle in 2021, we had something that could play a part. Clearly, at that point we didn’t know there was a global pandemic coming on and that’s created some of the opportunities that we’ve had over the past 12 months.

“Rugby league was one of the few sports that’s actually been able to do that with its own platform.”

The majority of those games have been Championship and Challenge Cup games at the start of the season, all played behind a paywall – which enables games to be purchased at £4.95 in advance or £10 on the day, though there are some day and weekend passes that offer further discounts too.

Figures show that around 75% of purchases are being done in the early bird window, which is prior to midnight before the game.

The viewing figures themselves have been encouraging too, with an average watch time of more than 21 minutes – in an industry where people staying beyond 10 minutes is seen as a big plus.

There has been some frustration amongst fans that single Super League games haven’t been able to purchase, like in the Championship.

Although not under the RFL’s remit, due to the way Super League is currently run, Foster said: “It’s important to recognise how grateful we are to Sky for enabling us to do this. The Sky deal gives them exclusive rights to the Championship, so they could have ‘no, you can’t do this, we’ve got the rights and we’ll decide if we put it on or not’.

“But because of the good relationship we have with them, we’ve been able to do it.

“Within that, there have been certain things we haven’t been able to do – such as an annual or monthly subscription, right now.

“I think in the next broadcast cycle, then those will certainly pop up in the discussions so you can subscribe for a monthly fee, rather than having to sort out each game.”

With fans expected to return to stadiums next month, it remains unclear what will happen with the live coverage beyond that.

There may be a return to a featured Sunday night match from the Championship, which had started to be rolled out at the beginning of the 2020 season prior to lockdown.

When fans do return, there has to be consideration to the potential impact on ticket sales, which of course is a primary source of club income.

Foster said: “Because nobody can go through a turnstile and watch a game, it’s the only way really to watch and therefore it doesn’t cannibalise ticket sales.

“But even with the two camera production, sometimes four cameras, I don’t think that should be as valuable as going to a stadium and watching a game.

“I think part of that is down to ourselves and to clubs to put on a great fan experience. If you’re sat at home, and watching on a two camera production is a better experience than going to the stadium, then we’ve probably got our in stadium experience wrong at that point.” 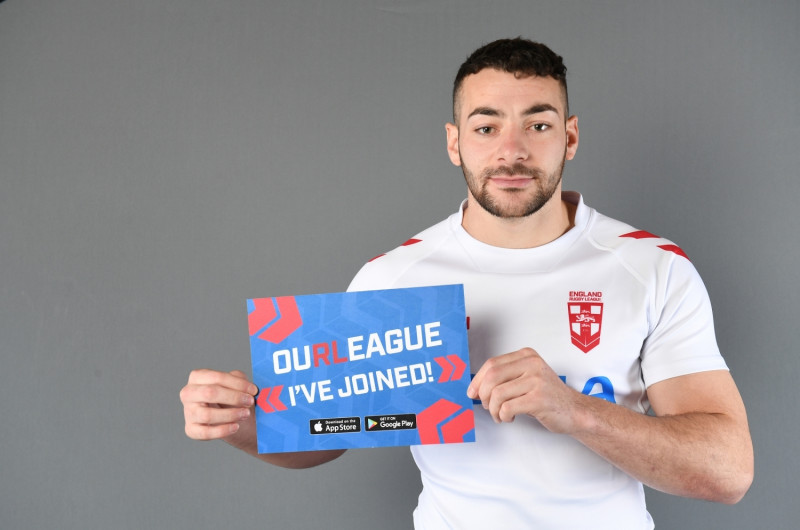 The shift in habits is marked, when you consider the RFL were lambasted as recently as 2018 for putting the England test match against Samoa behind an Our League paywall and charging a modest £2.95.

Foster added: “I was probably naively and innocently sat there thinking ‘well people are paying that for a cup of coffee, so we’ll be alright.’ And we got absolutely hammered.

“What’s happened is we’ve changed the culture and the world we’re in at the moment, people are seeing paid subscriptions for Netflix etc and now people are seeing the money isn’t just all coming into the RFL, it goes into the clubs and helps them to grow and survive.

“We’re not a million miles away from having got the price about right for where we’re at at the moment.”

Our League will be the official app for the 2021 World Cup at the end of the year, which will no doubt act as another significant driver for user sign-ups, as they work towards a target of 275,000 members.

Opportunities are also likely to open up for monthly or annual subscriptions to Our League, as part of the new broadcast deal for 2022 and beyond.

“We’ve just got on with it, we’ve invested in it and we’re seeing results that means we’ll be able to make the most of whatever opportunities come our way.

“Certainly within the next cycle there will be a freemium model. We know there’s a balance to be struck between just having more people watching and more exposure, through to a pay per view model.

“The more people we’ve got, the more we can get commercial partners interested. The more games we put on a pay per view, the less people will watch each game, so we need to come in the middle.

“Over the last 12 months, more than a million pounds worth of value from Our League has gone back into the sport, but if we didn’t have this platform, then that value would have gone out of the sport.”