We often hear from those inside the game about the struggles they are facing commercially, particularly after the COVID pandemic.

But fans’ views don’t always seem to be taken in to account, and the lack of connection between these fans – who voice genuine feedback and concerns – and the clubs and powers that be could be seen as a major contributing factor to the challenges rugby league faces.

With that in mind, we take a look at some of the issues voiced by fans in recent weeks and give our take on them.

While it is true that the broadcast deal with Sky Sports dictates televised games are played on Thursday and Friday nights, we’ve seen a big shift in recent years to the majority of teams playing on Fridays – this is partly attributed to the “corporate sales” market and that it’s easier to sell hospitality on a Friday evening; but it’s also occurred for playing reasons too, with coaches often voicing their dismay at shorter turnarounds.

What it’s meant though is that top flight rugby league has virtually disappeared from weekends. Sunday afternoons are a rarity, and there are fears the next generation of fans – who probably aren’t afforded the trip out late on a Thursday or Friday night – are being lost to the sport.

Trials and tribulations with traffic on the M62 is often blamed for putting fans off going to games.

If you look at this in isolation, you could argue that it’s correct. But it doesn’t stop football fans at all levels making much further journeys on Tuesday or Wednesday nights every week. 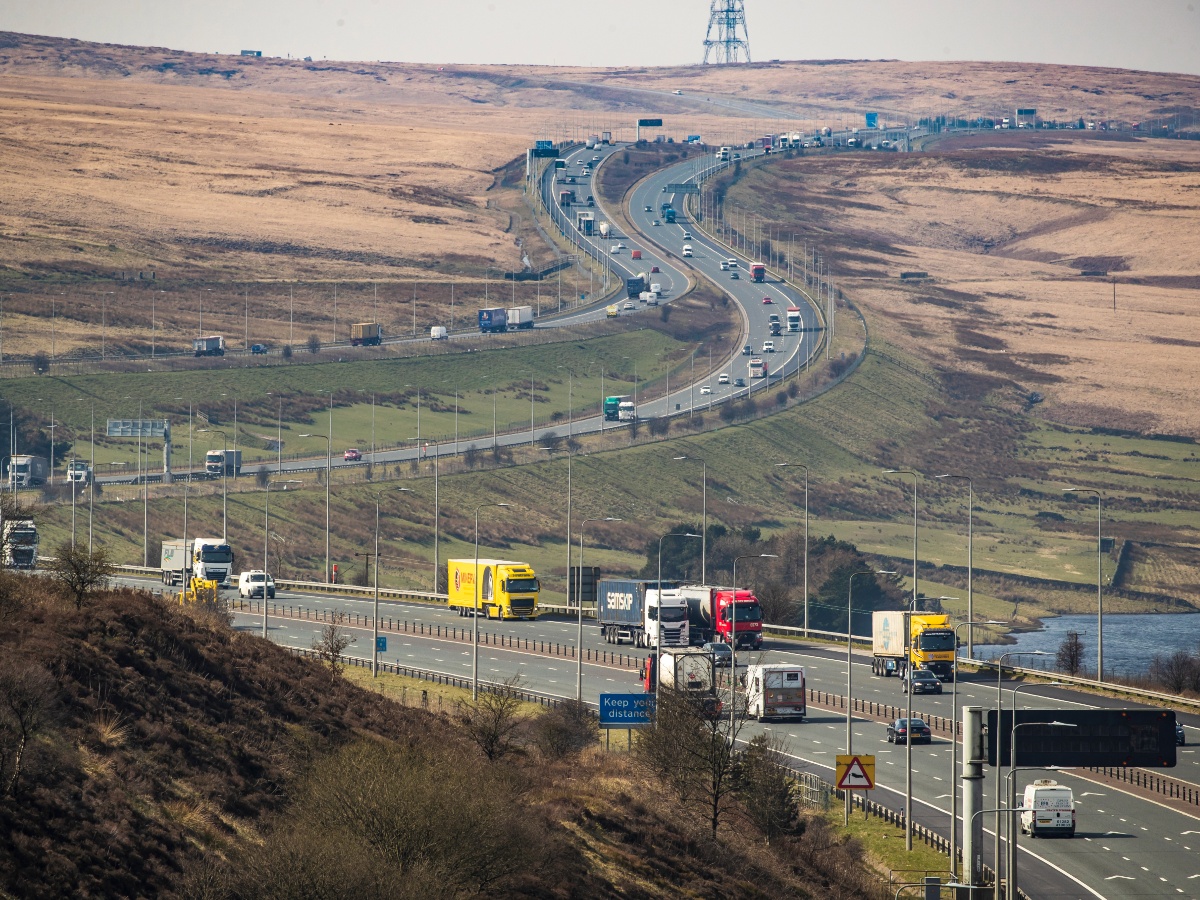 But the big difference between football and rugby league fans – is that no matter where they might have to go on a Tuesday/Wednesday night, they’ll always have a Saturday game to look forward to as well. Missing a few midweek games matters little in football, as you can still go week in, week out on a Saturday. That’s not the case with rugby, and leads to fans becoming disenfranchised.

Tied to the above is the chopping and changing of fixtures, in comparison to when they are first released. This worsens towards the back end of the season when games are moved at short notice for TV. It’s particularly problematic in the summer months, when trying to fit around events and holidays.

Again, compare to football – where virtually every team in the land plays every Saturday at 3pm unless they’re on TV.

Too many rule changes

Rugby league has many intricacies, particularly when compared to football. What doesn’t help is the constant tweaks to the rules, that make it virtually impossible for the casual fan to keep up with.

My learned colleague Rich dela Riviere estimated that there have been around 100 rule changes since the start of Super League – including rules that have been added and subsequently scrapped.

It adds even further pressure to match officials too, as interpretation of the rules by both them and fans causes confusion.

Playing the same teams too many times

Even with the perfect opportunity to do so, Super League clubs couldn’t resist the lure of the much-maligned loop fixtures in 2021. A shortened season seemed like the ideal way of cutting the number of games to 23 (11 home, 11 away and Magic Weekend), but no, it was still decided to retain a handful of loop fixtures.

For many years, fans have bemoaned the frequency of games between certain teams. Wigan and Warrington facing each other in the cup or at Magic Weekend is almost met with a laugh each time. 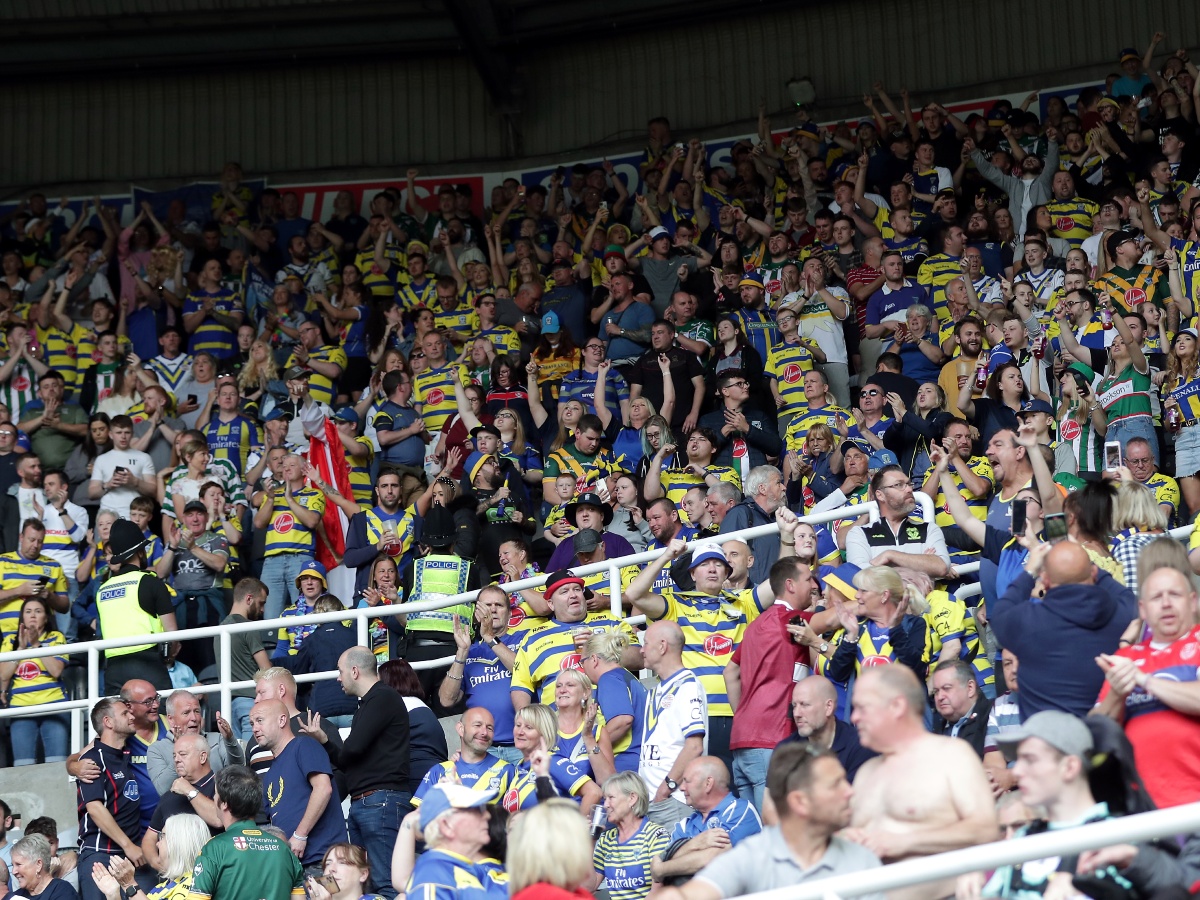 Slightly harsh to criticise the powers that be for this one, as COVID has clearly caused everyone significant issues. However, it has impacted on fans too, and their concerns should be noted.

Games have been postponed at very short notice in recent months, and that has led fans to lose confidence in being able to plan their lives – whether that be work shifts or travel – around getting to a game.

The points percentage system has also been criticised; though hopefully that will be consigned to the history books come the end of 2021 and we can return to a more traditional format for next season.

Over the past decade, ticket prices have climbed by an alarming amount. Standard pricing has almost reached £25 for adults. This has to be causing a barrier of entry for potential new fans.

It is also compounded by the fact that throughout the year, rugby league is publicising cheap tickets for events at Wembley, St James’ Park and Old Trafford – while at the same time trying to get fans to pay £25 to stand on the terraces at Belle Vue.

That’s before we even get to the ludicrous price jumps if paying on the gate.

Some fans have complained that Sky Sports’ coverage of rugby league has stagnated. Ultimately, Sky pay their money and can do what they wish.

But BBC’s coverage feels a lot fresher and insightful than Sky, who ought to do more with Brian Carney and have at least made the effort this season to get some alternative pundits in.

However, it’s a shadow of the peak Eddie and Stevo years. Sky’s budget is of course eaten up by football and broadcasting rights and fees are diminishing due to the streaming culture, so hard to criticise too much – but it would be nice to see a change in approach.

This will differ depending on area, but some fans have highlighted the lack of interaction and engagement from their local professional club with the community clubs that juniors play for. These are the clubs that professional clubs raid for their academy teams in year to come.

Might this be tied in to the ageing audience? Clubs instead choosing to spend time targeting corporate attendees on a Friday night, than getting junior teams along on a Sunday?

Dilution of the game on the field

Tough one this, as there is a line between entertainment and player welfare. Some would like the shoulder charge back, but from a player welfare perspective, it’s a no go.

Games are sometimes promoted with incidents and scuffles from previous games; which would now be punished with a card or a ban. It’s not the sport that many fell in love with.

The one-dimensional and structured nature of completing sets, focus on the collision and the non-entity of scrums has vastly changed how the game looks compared to 30 years ago. Size has become a priority over skill.

Some have argued that the intensity has gone from most games and there are constant calls for penalties.

As we’ve seen with The Hundred recently, a lot was made about the fan experience and what was happening around the sport. Hull KR and Barrow have been among the clubs this year to try other things to add something to the match day experience.

But for many clubs, it’s still a case of paying your twenty-something pounds to get in, and then sit on a dusty plastic seat without much else to do. Very little pre-match or half-time entertainment going on, albeit that has become increasingly challenging due to COVID protocols.

It’s a far cry from Cougarmania.

The fans are getting tired of constant talk and speculation about the game’s future and the uncertainty over what the league will look like and whether there will be promotion and relegation.

For all the chopping and changing, rugby league hasn’t become any better for it.

Fan insight specialists ThinkEngagement recently distributed a survey targeted at rugby league fans. The results are currently being analysed and will be presented shortly.

What do you think of the issues presented? Are they of genuine concern or just simple moans? What issues do you have with the game that you would like to see rectified? Let us know in the comments below.