Carcassonne quelled the momentum of Avignon to maintain their spot at the top of the French Elite Championship.

The Bisons have gradually worked their way back in to title contention after a slow start to the season, and they trailed 14-8 at half-time, with Tony Gigot’s try five minutes before the break.

Clement Herrero’s boot kept Carcassonne ahead and Avignon’s chances took a hit with two yellow cards for Durandal and Gigot to enable the Canaries to close out a routine 30-8 victory.

St Esteve remain four points behind the leaders with just four rounds to play, after they won 36-14 away at Palau.

But two tries from Mathieu Cozza and Jordan Flovie, plus three Romain Franco goals, put Justin Murphy’s side 20-8 to the good at half time.

Toulouse once again went down fighting, as they were beaten 18-12 at home by Villeneuve.

The Leopards led 12-0 at half time and they stretched that to 18-0 early in the second half, before Toulouse fought back through Benjami Laguerre and Jeremy Ruffie.

A war of words has broken out between Lezignan coach Aurelin Cologni and St Gaudens counterpart Julien Gerin, after Lezignan’s 46-14 win at the weekend.

Gerin criticised the referee following the match, saying his players had been treated differently to their opponents.

Cologni has hit back questioning the integrity of Gerin, and referenced the incident earlier in the season that saw St Gaudens deducted points for fielding an ineligible player.

It had been a routine win for Lezignan, who remarkably scored 10 tries but only managed to convert two of them. There were hat-tricks for Theo Bonneriez and Paul Izard, while St Gaudens finished with 11 men after red cards for Kane Bentley and Cyril Moliner.

In the other game of the weekend, Limoux kept in touch with the top three with a 28-0 win over Albi.

Best wishes to French president Luc Lacoste, who is currently recovering after having a heart attack last week. He spent time in intensive care in a Paris hospital, though he has since been able to convey thanks to well wishers. He will step back from his duties for the next three weeks, with other members of the FFR’s management committee to step up. The federation had built up some momentum since the appointment of Lacoste, especially with the bid to host the 2025 World Cup.

The French federation has announced five previously postponed games will be played in the coming weekends. On April 24/25, St Esteve will face Albi, Lezignan host Villeneuve and St Gaudens travel to Palau, while on the weekend of May 1/2, Carcassonne welcome St Gaudens and Villeneuve take on Palau. 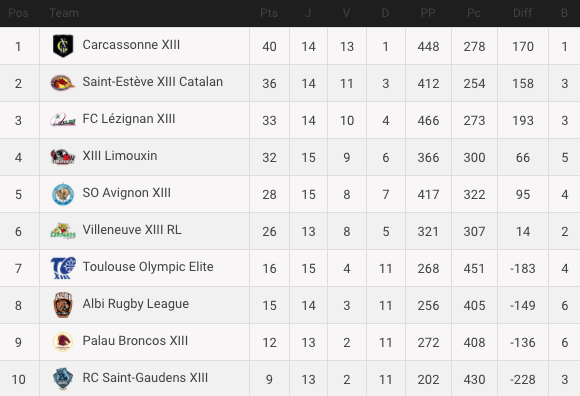 Former Catalans half-back Stan Robin is heading the L’Independent’s poll for Elite player of the year. He is a point ahead of Lezignan’s Damien Cardace in the standings, with Albi’s James Shea and Papua New Guinea international Kuni Minga a few points further behind. 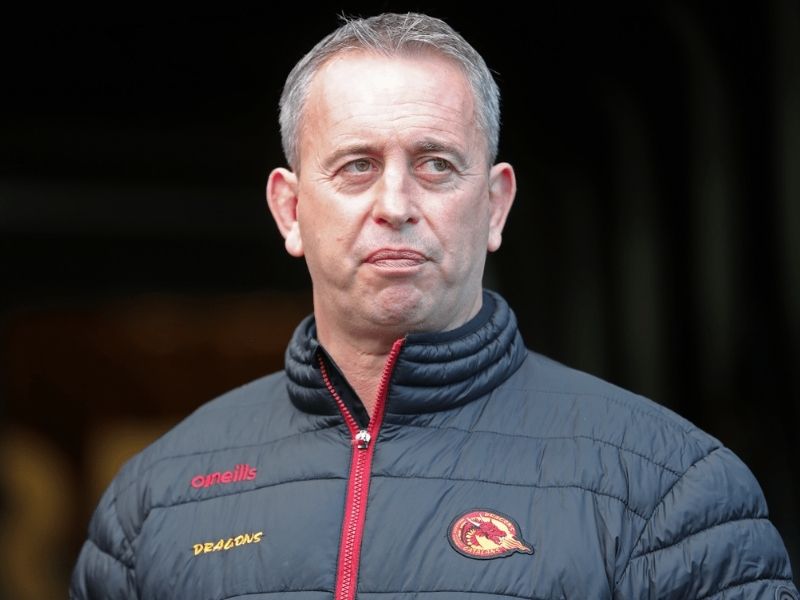 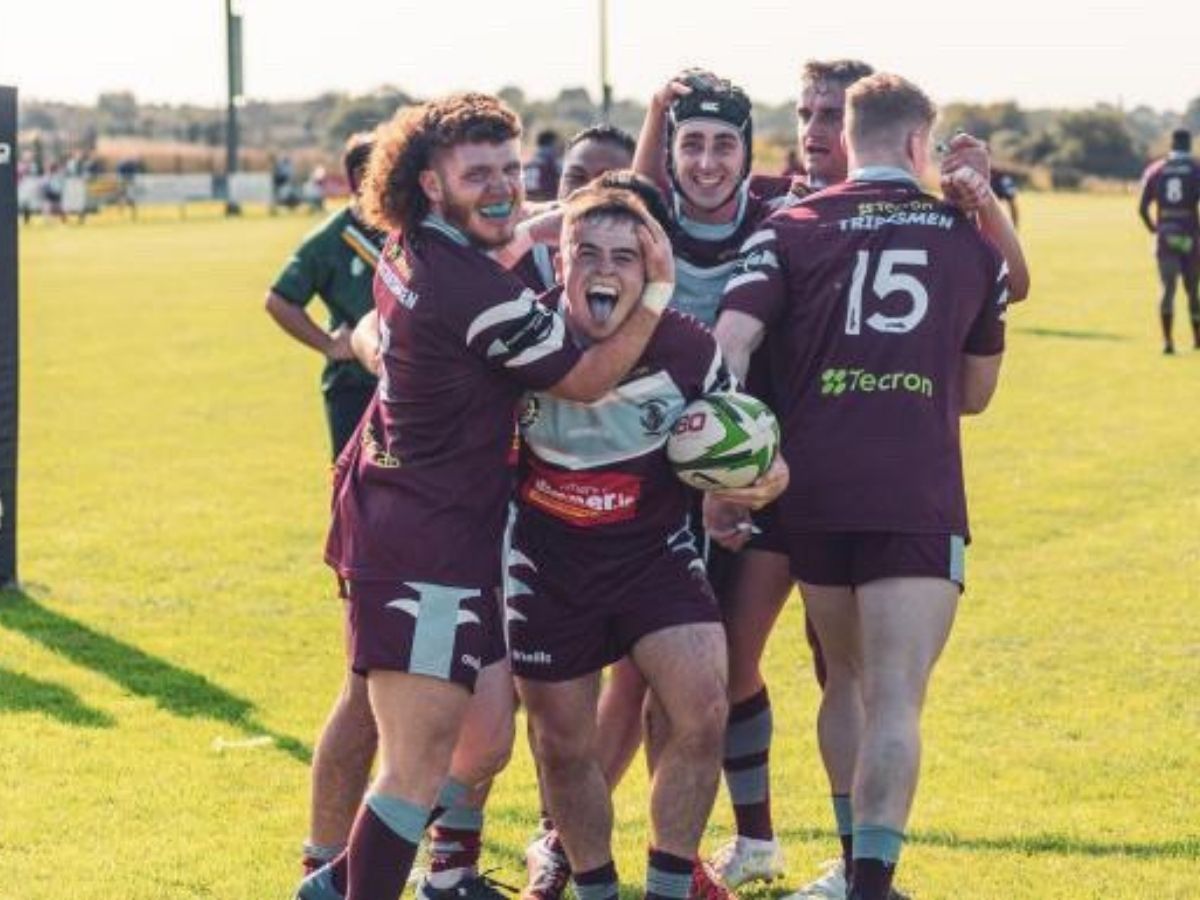