There have been bids from 38 towns and cities to act as hosts for the 2025 Rugby League World Cup in France.

That includes the spa town of Vichy, which was the base for German occupation in the Second World War.

It would be an extraordinary occasion, more than 80 years on from when the sport was banned and its assets seized by the Vichy regime in 1941.

Around 90% of the games will be played in mid-sized towns, with cities like Paris, Toulouse and Marseille expected to host the bigger games, including the semi-finals and final.

Those interested range from Brittany and Normandy in the north to the rugby league heartland of the south.

Organisers are looking to select 40 hosts for the men’s, women’s and wheelchair events. 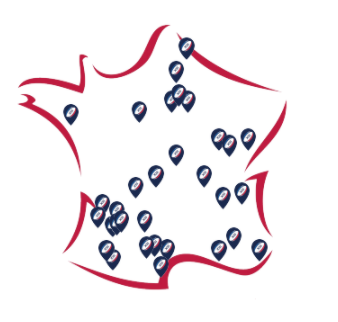 Perpignan, Carcassonne and Limoux are included, as big football cities Bordeaux and Nice.

It will follow the 2023 Rugby Union World Cup and 2024 Paris Olympics.

Castex said: “This is an important moment, an historic moment. It was in France that the idea for a Rugby League World Cup was first mooted in 1934.

“This did not come to fruition but, even in those days, the advocates of the sport were very determined.

“They managed to overcome the ban under the Vichy regime and the project was picked up by Paul Barriere after the war. The first Rugby League World Cup was held in France in 1954.

“There was another World Cup in 1972 so it is high time it came back to France and this will give us an opportunity to commemorate the 130th anniversary of rugby league, which was established in 1895.”

The 38 towns and cities to have expressed an interest in hosting games or nations are: