Wigan have launched a heritage shirt to celebrate the club’s past players.

The shirt, which is available to all ex-players who have represented Wigan’s first team free of charge, was launched at a past-players event where former players such as Andy Gregory, Ian Potter and Ray Ashby were presented with a personalised version which includes their unique individual heritage number.

Wigan have teamed up with local partners Uncle Joe’s to release the limited edition shirt.

The shirt will also be used as a training top for Wigan’s first team and fans are also able to purchase their own.

Warriors executive director Kris Radlinski said: “We’re always looking at ways to re-engage with our past players and build on our heritage numbers project that we launched in 2013 so we’re delighted to launch this shirt.

“Uncle Joe’s is a proud Wigan company, who have always wanted to work with us by releasing a shirt so we’re very pleased be able to do so for such a special project.

“All of our former players can pick their own personalised shirt from Warriors World, free of charge, and we’re looking forward to seeing how many do so over the next few months.” 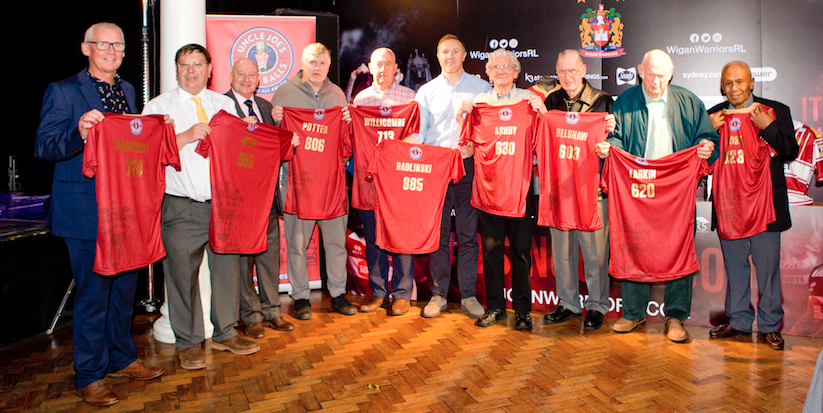