It will have been 140 days between games when Super League finally restarts on August 2 with a triple header.

Castleford’s 28-14 win over St Helens on Sunday March 15 was the last time a ball was kicked and a try scored in the northern hemisphere’s elite competition, sending the reigning champions to their third defeat.

Of the 12 clubs, only five – Castleford, Hull, Salford, Warrington and Wigan – have played their full quota of games up to the lockdown, meaning all the others will have catch up games to play, three of which will take part in a triple-header re-launch of the season likely at Headingley on Sunday August 2.

For now, let’s look back at the story of the season so far.

It feels like a lifetime ago when Wigan kicked off the season on January 30, beating Warrington 16-10 at the DW Stadium in a game where the Wolves appeared to leave with more credit after they battled with 12 men for 55 minutes following a red card for Chris Hill.

The exciting triumvirate of Zak Hardaker, Bevan French and youngster Harry Smith had Warriors fans purring as they racked up four successive wins, book-ended by a narrow round-two loss at Castleford and then a surprise 18-14 defeat at Salford where they squandered a 12 point half-time lead. 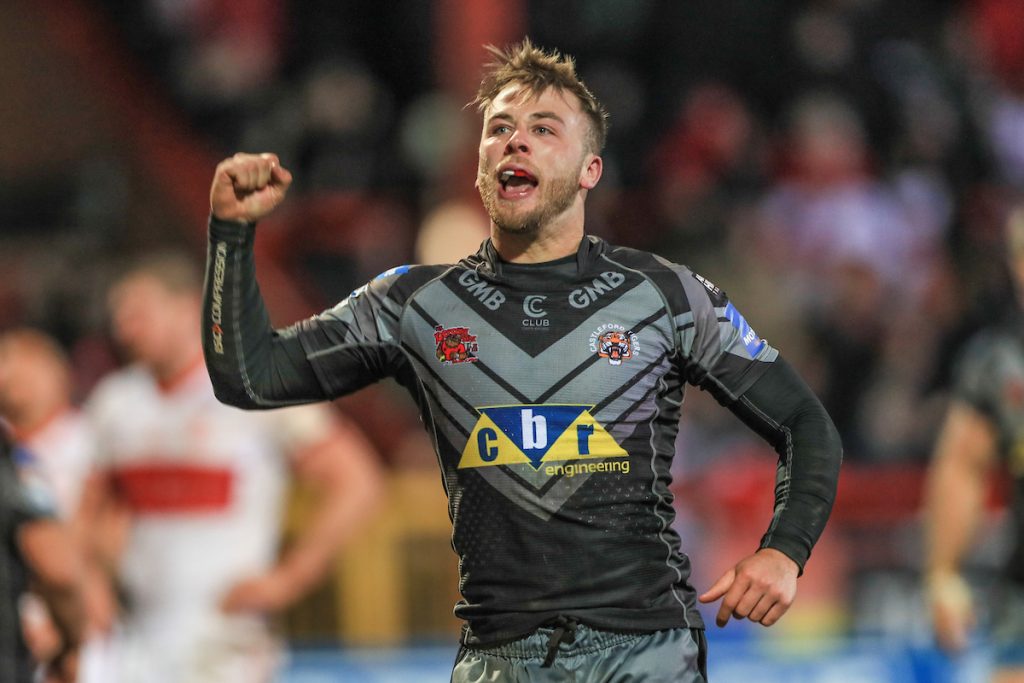 Castleford’s exciting young English half-back combination of Jake Trueman and Danny Richardson had already kicked in to gear before lockdown and that was no more evident in that win over St Helens, which was the last Super League game played before lockdown.

Daryl Powell hailed that display as outstanding, and he will no doubt have been as frustrated as anyone when the season was brought to a halt.

Apart from a 36-18 defeat to Catalans in France, Castleford have enjoyed a solid start to the campaign with their only other defeat coming in dramatic fashion, a last gasp drop goal defeat to Warrington at the start of March. 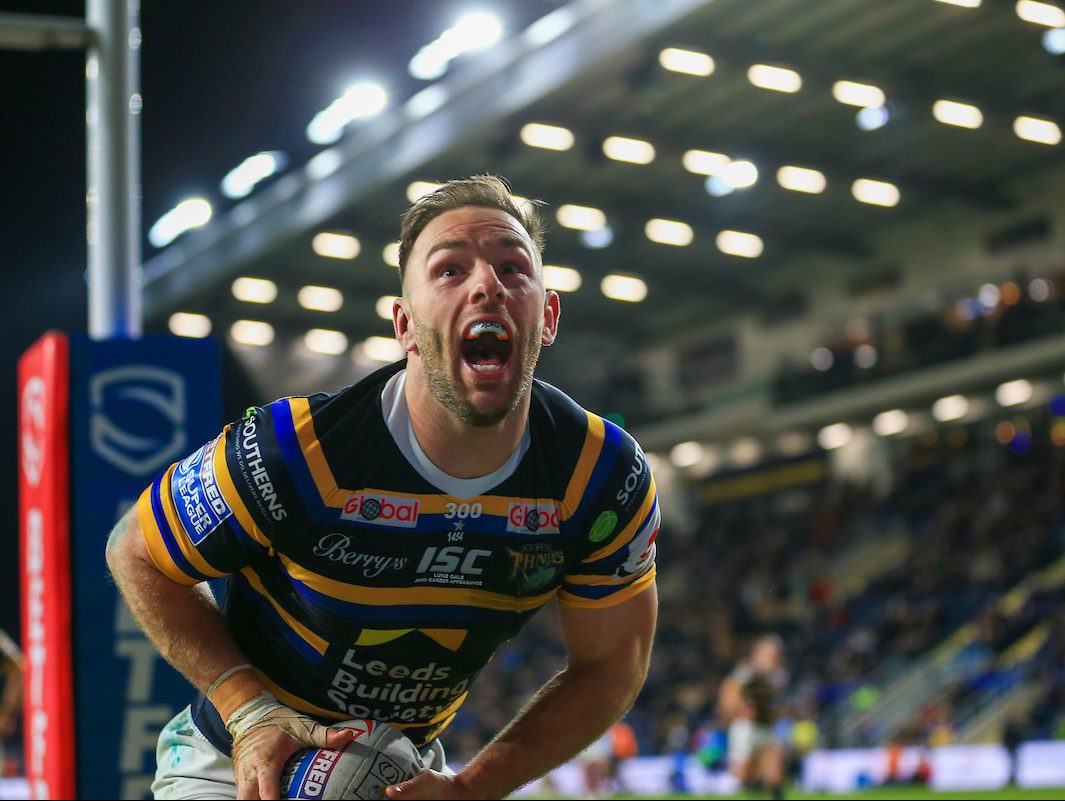 A new era for Leeds was building nicely prior to lockdown, with new lynchpin Luke Gale having the desired effect on his return to the club.

Richard Agar, having been made head coach on a permanent basis after taking charge last year following the departure of David Furner, has managed a revival that took in four comfortable victories in Super League.

It didn’t look like that’s how it would go after round one – a 30-4 humbling at home to Hull FC.

A 36-0 thrashing by Warrington was followed by a 66-12 drubbing of Toronto when the season came to an unfortunate halt.

They gained credit in their opening day defeat at Wigan, and then looked to have put in a benchmark performance in impressively beating champions St Helens 19-0.

But coach Steve Price found himself under early pressure after they were hammered 36-0 at Leeds in front of the Sky cameras, a fortnight after a defeat at Wakefield, with an unconvincing win over Toronto in between.

A crucial Blake Austin drop goal saw them home 9-8 against Castleford, to buy a bit of breathing space, prior to the thumping of Hull that cost Lee Radford his job to start the weekend before everything shut down. 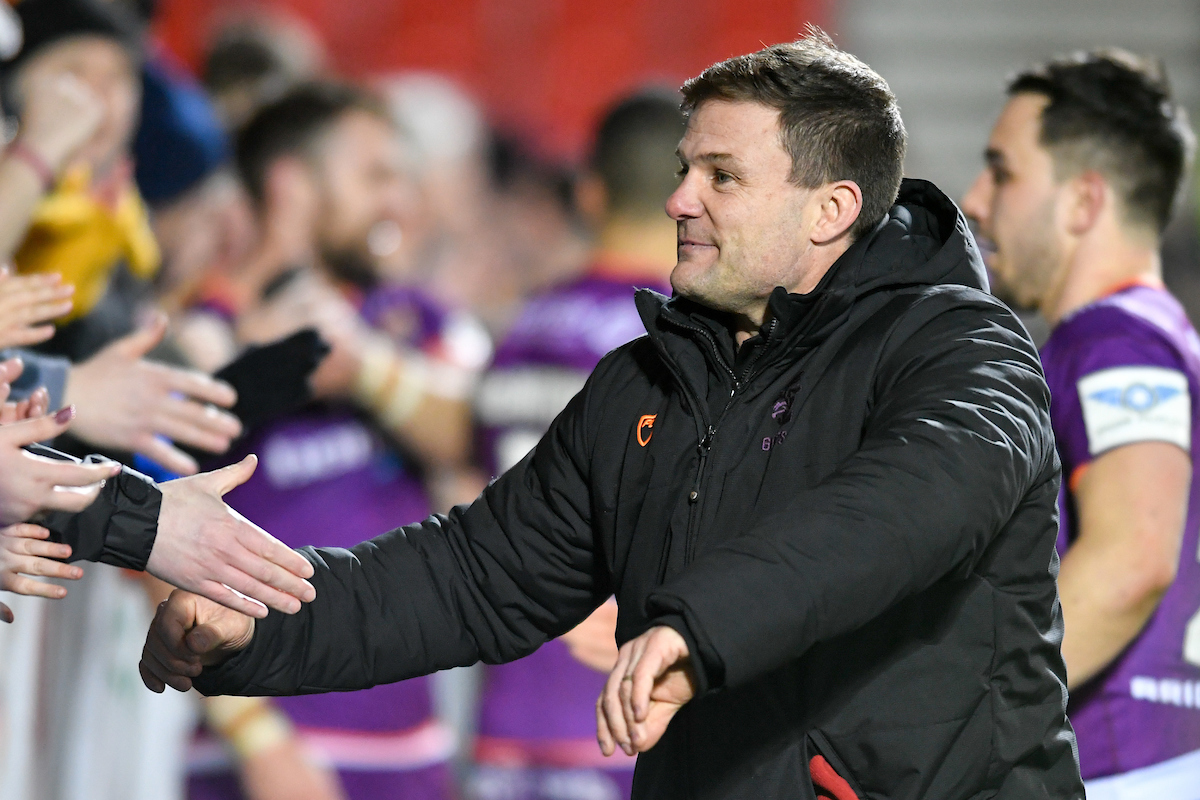 Unfancied Huddersfield had been arguably one of the stories of the season, registering four emphatic away wins – including a 12-10 win away at champions St Helens.

New signing Aiden Sezer made an immediate impact and coach Simon Woolford had found a winning formula with a mix of new faces and exciting youngsters in spite of a tricky run of road games to start the campaign.

The only blot on their Super League copybook was a heavy defeat to Wigan in their only home game so far, while they were beaten by Toronto in the Challenge Cup at home too, although technically they were the away team with the Wolfpack unable to play in Canada. 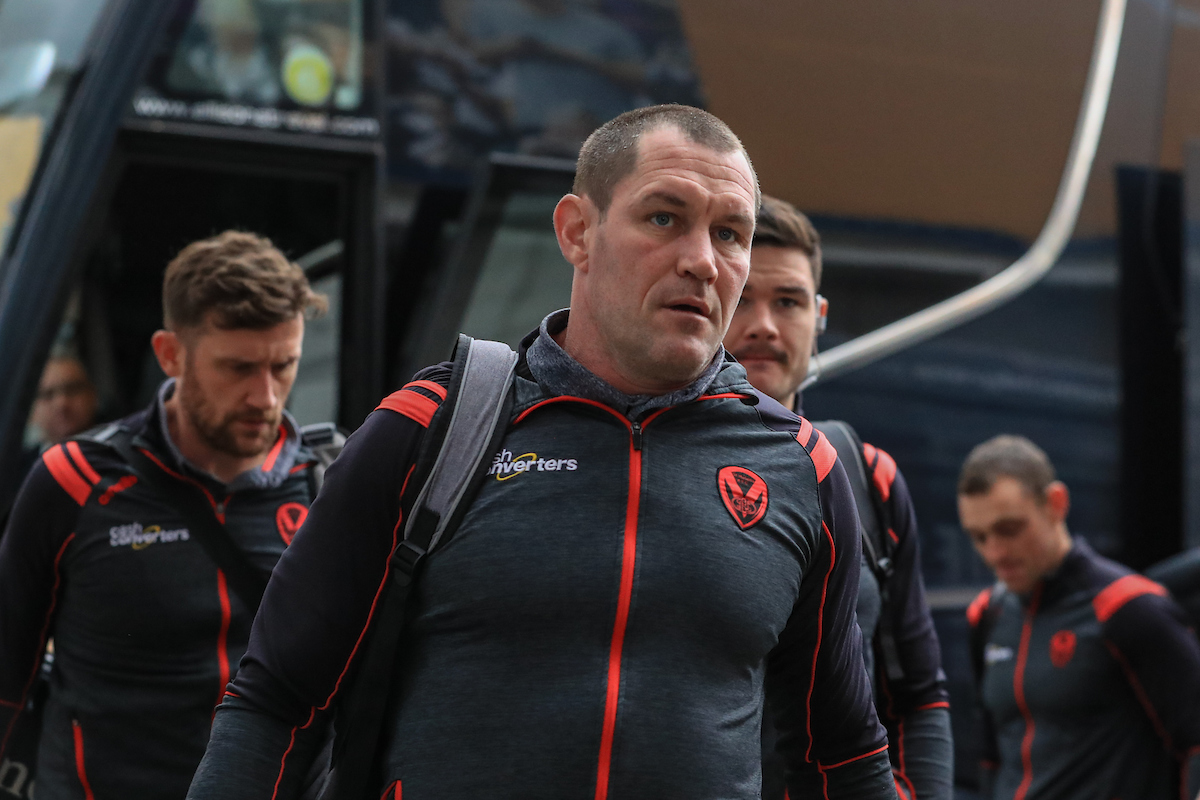 After two seasons of dominance, it was a tough act to follow for Kristian Woolf, who succeeded Justin Holbrook as coach of champions St Helens.

It didn’t even look like the distraction of the World Club Challenge, in which Saints did themselves no harm in going down 20-12 at the hands of Sydney Roosters, had caused too much disruption, with heavy wins over Hull and Toronto either side of it making it three wins of four.

But a no-show against Warrington, where they lost 19-0, and back-to-back defeats to Huddersfield and Castleford prior to lockdown showed that Saints weren’t the invincible force they have been for much of the past two seasons.

Woolf is still making his mark on the team though, and they will restart the season as favourites to win the Grand Final. 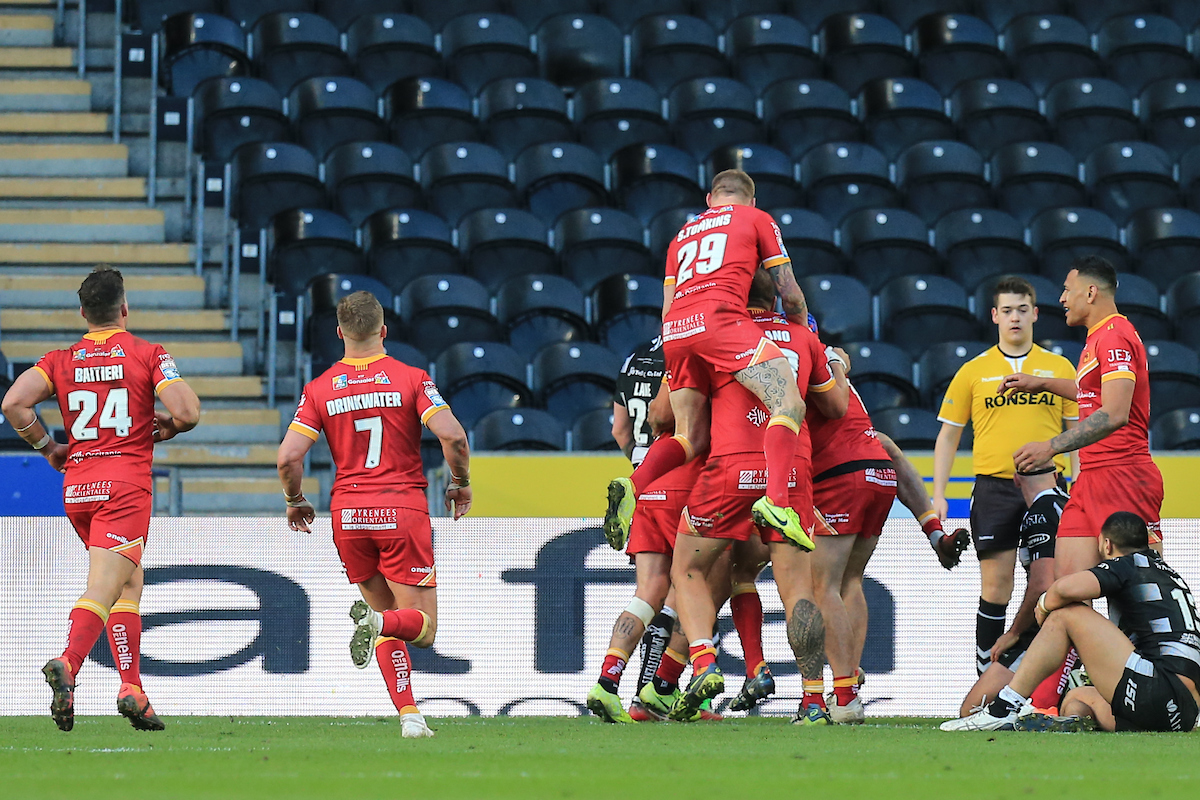 After impressive recruitment yet again by the Dragons, notably marquee man James Maloney, this was the year that they simply had to deliver.

A 32-12 home defeat to Huddersfield to start looked like the same old story, but Steve McNamara’s men turned things round with a win over Castleford the following week, before Maloney starred in a dramatic 34-29 win at Hull.

They banished some demons of last season too – having suffered heavy home defeats to both Castleford and Salford last year, they’ve already turned them both over in Perpignan.

President Bernard Guasch seems to think that Catalans will be returning to play in Perpignan on August 8, so watch this space. 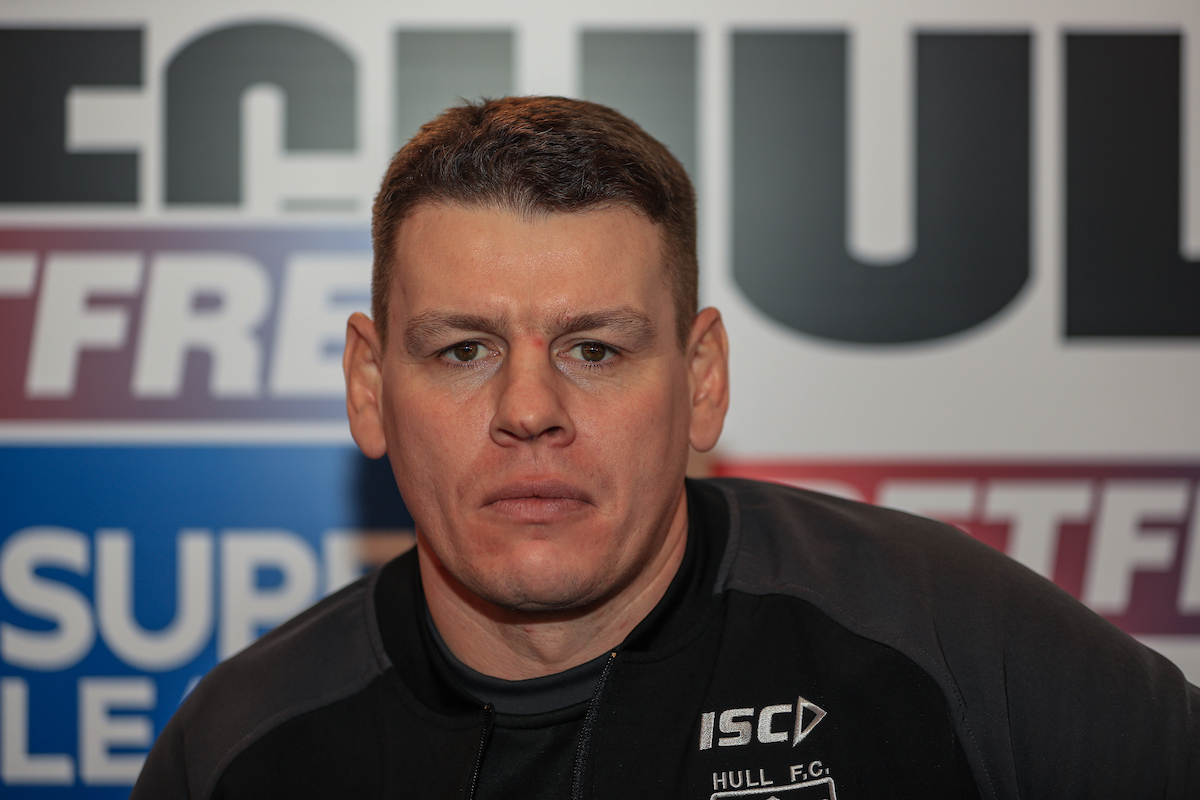 One of the most dramatic moments prior to lockdown was Hull’s dismissal of coach Lee Radford, which happened barely moments before owner Adam Pearson was interviewed by Sky Sports pitch side to announce the move.

Radford had ran out of luck at the KC Stadium, and had just seen his side capitulate to a 38-4 hammering at the hands of a Warrington team who themselves had been under pressure for not hitting form in the campaign to date.

That loss a fourth defeat in five for the Airlie Birds, who had started impressively in winning at Leeds in the opening day double header at Headingley, following that up with a derby win over Hull KR.

Wakefield were dealt a blow in the opening round of Super League, losing inspirational half-back Danny Brough in the defeat at Hull KR.

They registered two wins from their opening five, surrendering a 15-14 half-time lead to lose with a scoreless second half at Castleford, and then losing in golden point extra time at home to Hull after Tom Johnstone had dragged them back in to the game.

Impacted like everyone by the coronavirus pandemic, Wakefield still hope to submit planning application for stadium developments at Belle Vue, which may go some way to ensuring Chris Chester can maintain the on-field success they have enjoyed in recent years.

It was always going to be tough for Salford to follow up their excellent 2019 season, where they reached a maiden Grand Final against all the odds.

The departure of talisman Jackson Hastings, plus a sprinkling of others, didn’t help and save for a home win over Toronto, they had a difficult start to the season – losing at home against Wakefield, Leeds and Huddersfield, as well as away at Catalans.

But the manner of their win over Wigan prior to lockdown, with Kevin Brown and Tui Lolohea inspirational as they came from 14-2 down, suggested that with time, Ian Watson might well be able to piece together another jigsaw capable of ruffling feathers up and down the league.

Tony Smith’s young side had to deal with the emotional turmoil of Mose Masoe’s career ending injury in pre-season, and they looked certs to be in a relegation dogfight.

Time may well be a positive for the Robins, especially if some of their young guns can realise their potential. 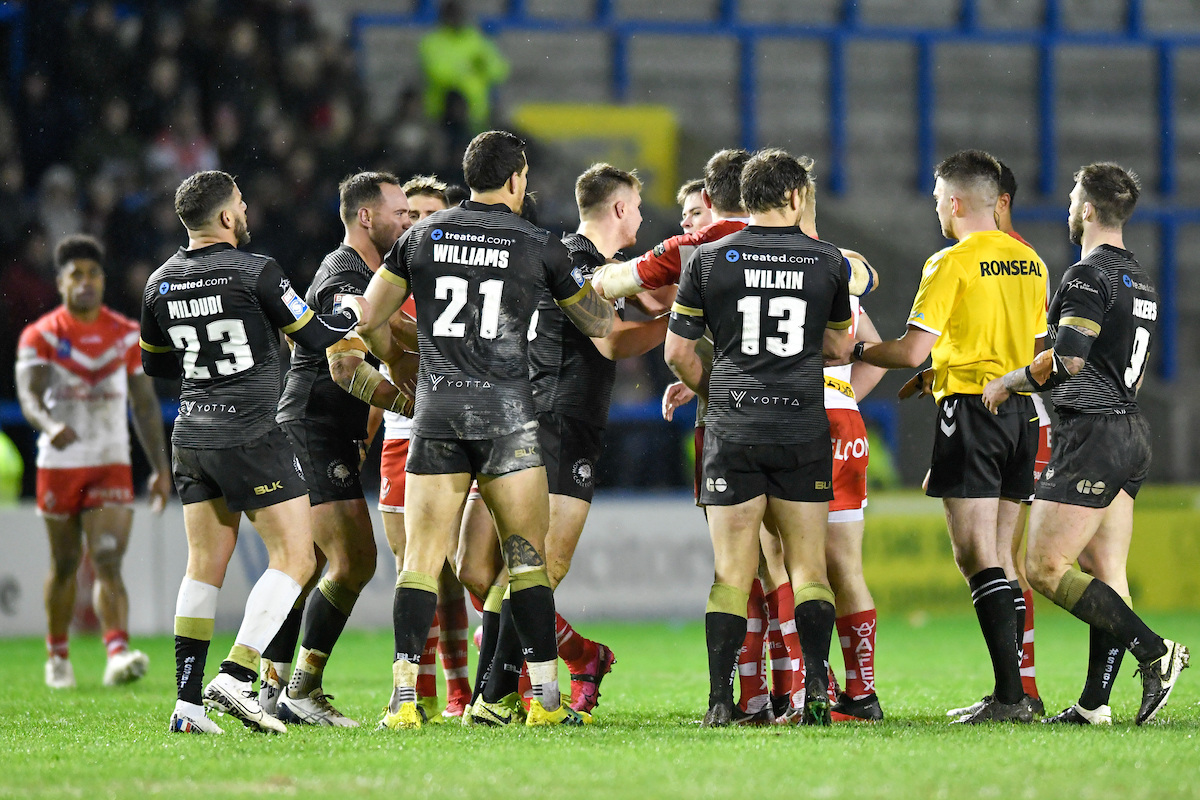 It had been a baptism of fire for Toronto Wolfpack on their entry to Super League.

A tough fixture list to start with saw them stay in games down the track against Salford, Wigan and Warrington, before they suffered hammerings against St Helens and Leeds that had coach Brian McDermott desperately crunching the numbers to find room on their salary cap for new recruits.

France international Tony Gigot had been playing for free, such was the restrictions on the Wolfpack, though an 18-0 win over Huddersfield in the Challenge Cup prior to lockdown at least showed some positive signs. 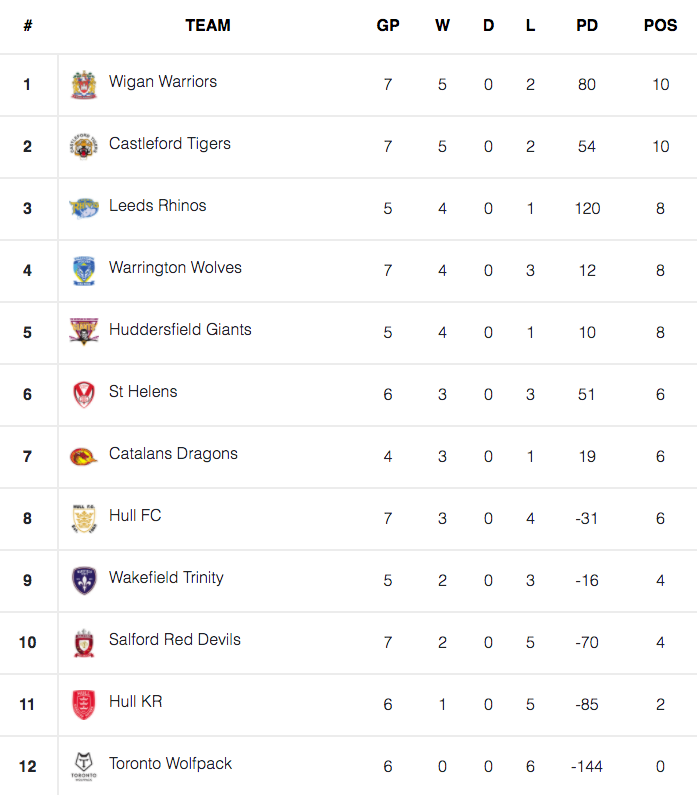