The decision made by Ottawa Aces to permanently relocate to the UK without even having played a game was hardly a surprise.

After the demise of Toronto Wolfpack from Super League, and the damning independent report that went with it, it was unclear just how the Aces expected the future to pan out as a Trans-Atlantic club.

Especially given the initial success of the Wolfpack and the vast sums invested.

Perhaps the surprising part was that the Aces still plan to play in League 1 in 2022, from an as yet unannounced UK base.

They do, however, have full membership of the RFL, apparently the golden ticket to them being shoehorned in to whatever league format deemed suitable.

Sources admit that their membership makes it difficult, while others believe there could be legal ramifications if the Aces are unceremoniously cut adrift.

The Aces are privy to all discussions within the RFL and are consulted and hold a vote on issues just like all other Championship and League 1 clubs.

League 1 owners were left perplexed by last Friday’s announcement, which many said was news to them.

No communication had been made with clubs, though the presence of the Aces in some form in League 1 in 2021 had been rubber-stamped by the governing body two weeks ago.

It is an awkward situation. Ottawa spent a fortune on players ahead of the 2021 campaign, with some clubs accusing them of inflating the market, just as Toronto had done three years previous.

The pandemic understandably forced them to defer their entry to 2022 and to their credit, the unknown investors behind the club ensured that signed players and coaches were looked after.

The players were free to sign elsewhere, with Newcastle Thunder – elevated to the Championship following the demise of Toronto – one of the main beneficiaries.

Tom Gilmore, who had been signed by the Aces, ended up transforming a Batley side that reached the play-offs and he was nominated for Championship Player of the Year.

Where they would be able to pull a squad together from in time for next season remains to be seen.

But before that – just exactly where will they play?

As speculated in a recent gossip column, Odsal is a possible location for the Aces for 2022. This would come as no surprise, given the relationship between Aces frontman Eric Perez and former RFL CEO Nigel Wood, now chairman at Bradford. 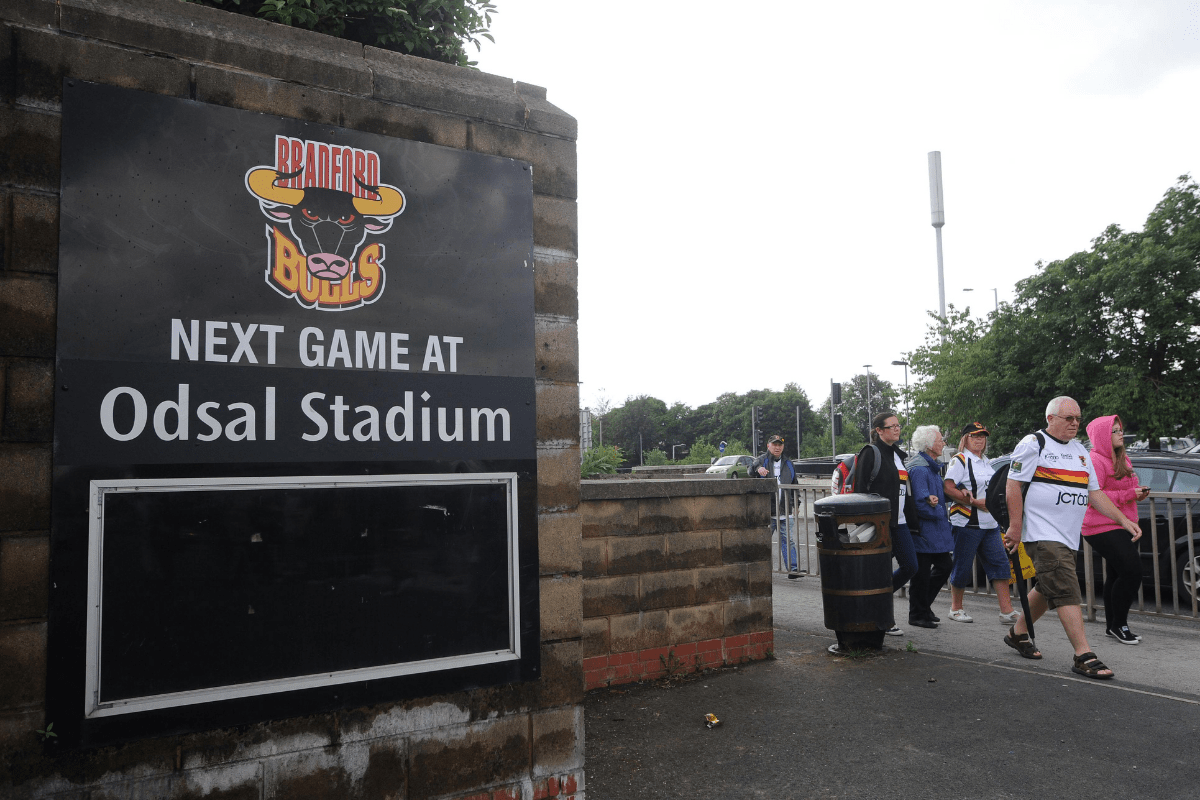 The rental income would certainly go down well with the Bulls and the RFL, who have been shouldering a loss since taking over the lease of the ground during Bradford’s financial troubles.

But to play in Bradford, just down the road from Keighley in the same league, would hardly be the trailblazing route the Aces promised.

Pre-pandemic talk of a new Liverpool club, possibly fronted by a consortium including Marwan Koukash, soon died down though there are some murmurs that it could provide an option for the Aces.

Location wise, they tick the boxes of a city presence, and could lean on the likes of St Helens, Warrington and Widnes to boost their squad numbers.

But just where they would be able to play in Liverpool is an issue. There aren’t many suitable grounds for a club in League 1. Hope Street, which was home to Prescot Panthers in the 1990s, or the Berry Street Garage Stadium in Bootle are about the only options; with Marine’s College Road home unlikely to be suitable for rugby league. An alternative might be Liverpool St Helens RFC, though in all cases, development would be needed for progress.

This whole episode may raise questions over whether the purchase of licenses between ‘clubs’ should be allowed. Hemel Stags have, from the outside at least, seemingly continued on as they were, and Ottawa had simply purchased their right to a place in League 1.

With that relationship and history in place, moving to Hemel might be an option – though with London Broncos going part-time, there are already concerns about how London Skolars will be able to attract players, so adding a third side in that area may exacerbate that problem.

A left-field suggestion in touching distance of the heartlands is Harrogate, north of Leeds and just west of York. It is a desirable area and would at least have a ton of players on its doorstep.

One of the town’s football teams has recently reached the Football League, and though they had to strip out their artificial pitch as a result, they have a wealthy benefactor.

Or they could approach the town’s other football team, Harrogate Railway Athletic, to provide investment opportunities, especially as a community rugby league club – the wonderfully named Harrogate Fire Ants – play next door.

Putting a pin on a map is easy on Twitter, but very difficult in reality. There are numerous places you could suggest for a team to be based. Bristol, still awaiting its World Cup legacy from 2013, and Birmingham, which could provide a geographical boost for Coventry in the Midlands, are two aspirational cities for rugby league – but whether a team like the Aces could get the cut through in terms of fans and participation that it needs in both their areas is up for debate.

What is clear is that expansion does not happen over night – and simply parachuting the Aces somewhere, even if they do chuck money at players for the first team, isn’t going to equal immediate success on and off the field.

Retreat to the NARL only?

While the noise at present seems to suggest the Aces will be lining up in the RFL system in 2022, it remains unclear how feasible that is.

With no base confirmed as yet, and no players recruited, it will be a tough ask for the Aces to get all this in place in time for the new season; especially if they wish to be competitive.

Might some pride be swallowed and the Aces instead focus their efforts and monies on boosting the new North American Rugby League, which promises to launch in the summer and is certainly in need of some focus and investment.

Whatever happens, League 1 chairmen will be anxious a decision is made quickly – they are already unhappy at the lack of clarity over the future structure of the game, and still don’t know how many home games they might have to sell and budget for in 2022.