Catalans coach Steve McNamara was delighted with his team’s 26-14 Super League play-off win over Leeds and expects them to be even better when they take on St Helens next Friday for a place in the Grand Final.

The defending champions stand in the way of a maiden Grand Final for McNamara’s men after they held off a bruised but battling Rhinos side in a brutal sudden-death clash at Warrington.

Former Wigan full-back Sam Tomkins was the architect of an early onslaught, creating tries for Tom Davies, Samisoni Langi and Israel Folau that enabled Catalans to establish an 18-0 lead but they were forced to show their defensive mettle to hold onto their hard-won gains.

“I knew we were ready to play,” McNamara said. “I could sense it from the moment the decision was made to stop the season and go straight to the play-offs.

“You could see a marked difference, there was clarity for everyone.

“I was really pleased with the first half but at the back of my mind I was concerned about the second half, having played only one game in six weeks and with four guys who haven’t played for four weeks.

“And, although the second half was scruffy, I thought we did enough to win the game.

“We needed that game to move onto a bigger challenge next week and we’ll be a whole lot better for the run.”

It was, however, an excruciating experience for Leeds head coach Richard Agar, who was forced to watch the game on television from his home after self-isolating due to Covid-19 protocols. 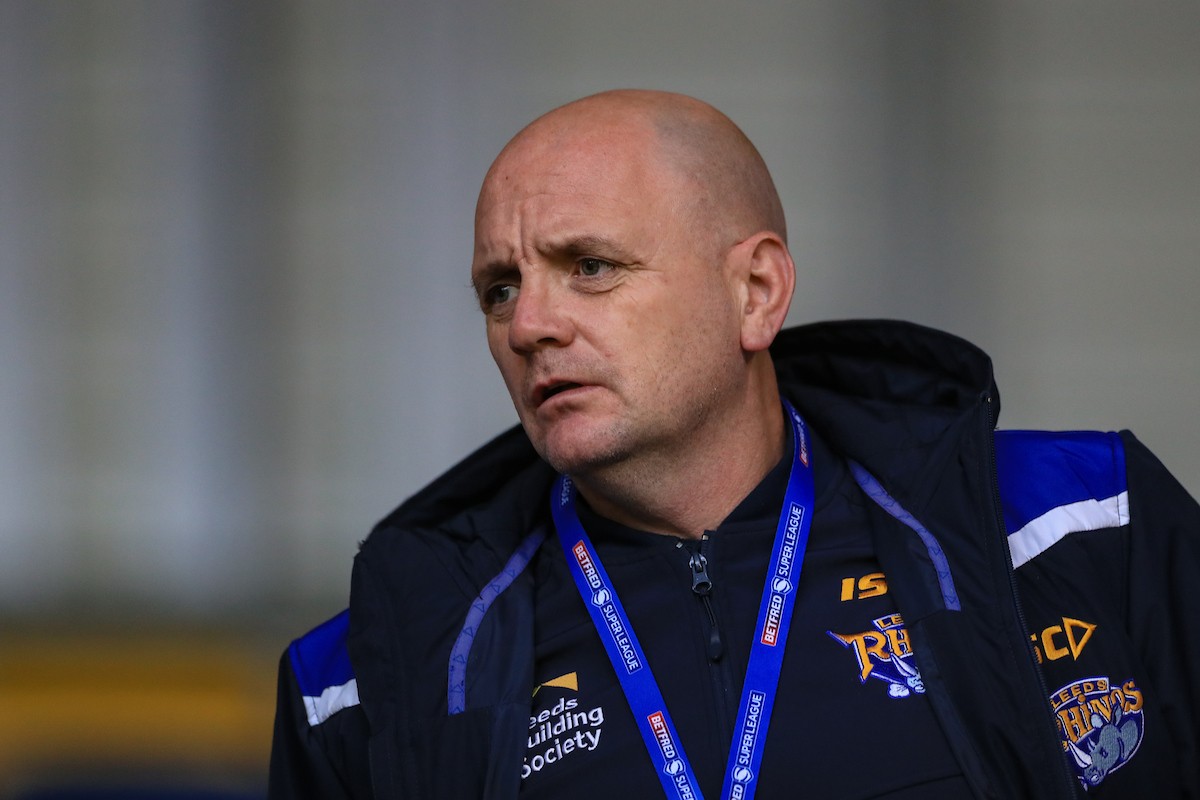 With assistant coach Jamie Jones-Buchanan similarly confined, James Webster and Sean Long were in charge while Agar sent messages down a hot line to director of rugby Kevin Sinfield.

And it would have been a painful watch as the Challenge Cup winners lost both front-row forwards Ava Seumanufagai and Mikolaj Oledzki with head injuries before half-time.

“It hasn’t been easy but there’s no excuses from us,” said Sinfield. “We understand there are set laws we have to abide by.

“Unfortunately we had to do it tough without them but Rich has been across all our sessions this week and put a detailed plan together.

“It did cause a little bit of disruption but that’s not the reason we lost the game.

“We gave ourselves too much to do. In play-off rugby you can’t give yourself an 18-0 mountain to climb.

“Then losing Ava and Mikolaj made it really tough, especially against a big Catalans side.

“But I thought our effort was outstanding, they had a real go but we gave too much ball away. Our skill was off and we made some errors at crucial times that invited Catalans to attack us.

“I’m really proud of what the club has done this year but it’s a disappointment tonight.

“I’ve no qualms though. Catalans have really fronted up since lockdown. It’s been really tough for them, probably more so than any other club.”