Trinity had lost their opening six games but were good value for victory against opponents who finished with 12 men after Korbin Sims’ late red card.

Tony Smith’s Rovers were chasing a fourth win in five games but never threatened to build on recent momentum.

A further score from Ben Crooks hinted at a fightback but Sims’ high shot on Max Jowitt ensured Trinity’s win at the seventh time of asking.

Miller capped a fine return with a 77th-minute try as half back partner Mason Lino finished with six goals. 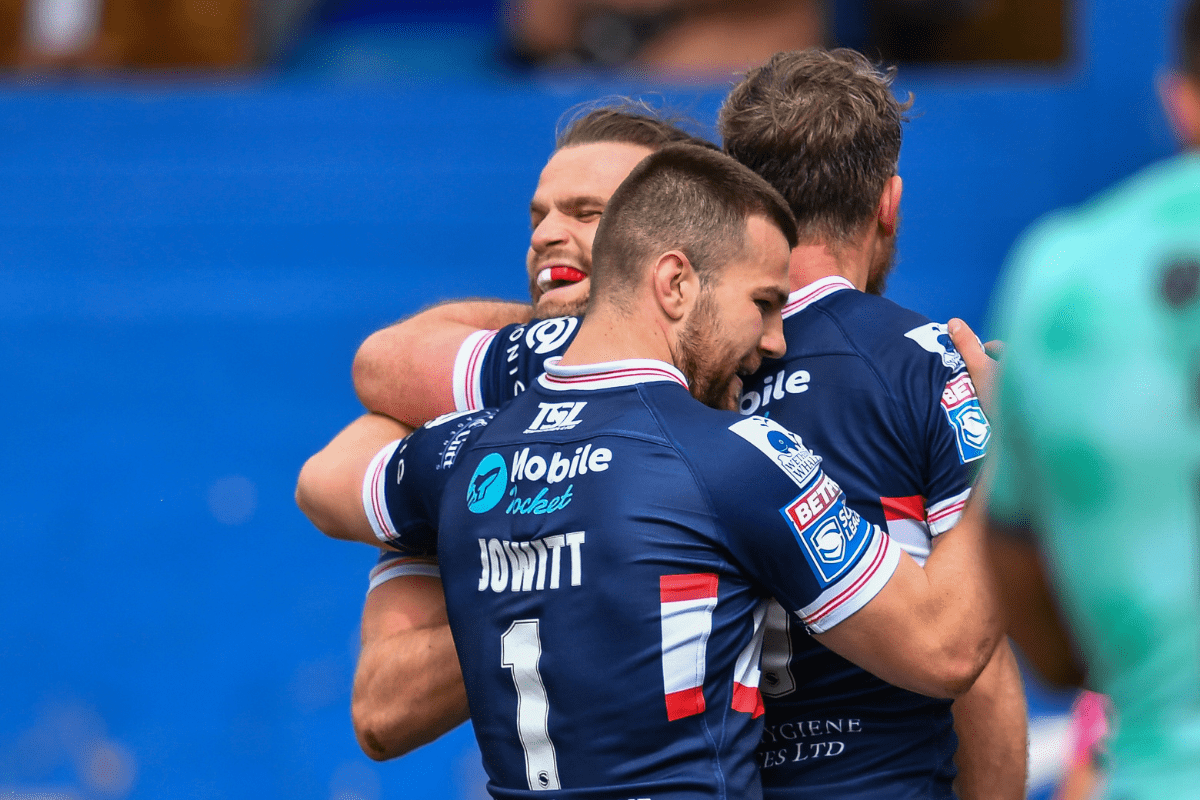 Wakefield dominated virtually from the start. Winger Lee Kershaw began a length of the field set by diffusing Jordan Abdull’s bomb and almost finished it as Rovers’ goal line defence was tested.

Trinity stayed on the attack and Miller’s cut out pass sent in Kay at the corner. Lino converted from the touchline and Wakey led 6-0 after 11 minutes.

Lino’s 32-yard penalty for Dean Hadley’s ball steal extended the lead at the end of the opening quarter.

It was a promising start to the pleasure of home fans watching their side at the Mobile Rocket Stadium for the first time in 14 months.

Viewing was less palatable for the several hundred Rovers’ supporters, especially when Trinity old boy Hadley conceded another penalty for a late shot on Miller. Lino landed a third goal after Hadley’s departure with a facial issue.

Wakefield took a giant stride to that long awaited first win three minutes before the break as Kay crossed once more.

Crooks missed his one-on-one tackle with Tupou and the 2018 Super League Dream Team centre timed his try-assist pass to perfection. Lino goaled and Wakefield led 16-0 at the break.

Rovers roared back from 14 points down to edge out Castleford 26-22 last Monday. But hopes of another comeback were wrecked three minutes into the second period.

Kiwi international Shaun Kenny-Dowall inexplicably off-loaded into the hands of prop Tinirau Arona who ran the ball back unopposed 45 metres for another converted touch down.

The visitors were left to rue such shortcomings as they eventually fought back. Jez Litten and Abdul combined to send in Quinlan before the try scorer turned provider for Crooks to cross with 13 minutes left.

However, Sims’ dismissal by referee Liam Moore killed off the revival and Miller crowned a man of the match display with his try.