The Black and Whites led 20-6 at half-time after an impressive first half but Wakefield winger Tom Johnstone scored two tries in the final quarter to level the score.

Trinity had a chance to win it with a kick at goal but Max Jowitt’s chance went wide and Sneyd was the hero as his left boot notched the drop goal.

Trinity had made the perfect start to the match, taking advantage of a knock-on 30 metres out from his own line by Hull winger Mahe Fonua to open the scoring. 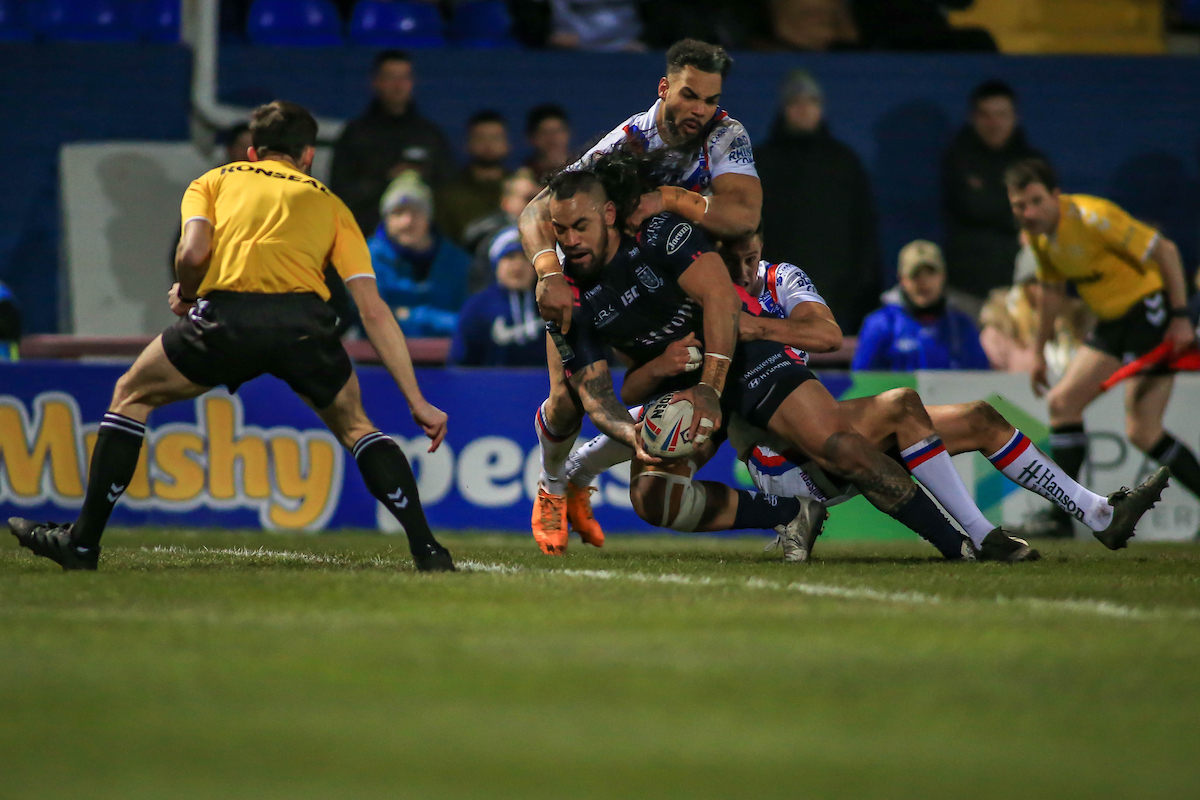 Johnstone palmed the ball back from Jacob Miller’s high kick to his centre Ryan Atkins, who kicked ahead and won the race to touch down on his 100th game for the club.

Jowitt added the conversion to make it 6-0 but from then on Hull dominated the rest of the first half.

Fonua more than made up for his earlier fumble by crashing over for an equalising try before sliding through a kick for full-back Jamie Shaul to touch down.

Sneyd converted both to give his side a 12-6 lead and a break out of his own half by Shaul created the position for winger Kieran Buchanan to go over for Hull’s third try on 22 minutes.

Sneyd was off target with the conversion attempt but was on target with two penalties in the last six minutes of the half to give his side a 14-point cushion at the break.

A rare error from Shaul on his own 20-metre line handed Trinity an ideal attacking position early in the second half and second rower Jay Pitts made the most of it by forcing his way over for his side’s second try which sparked the fightback.

Jowitt’s second goal cut Hull’s lead to 20-12 and the gap was down to just two points six minutes later when Atkins cut a superb line to take a neat pass from full-back Alex Walker, making his home debut, to score his second try. 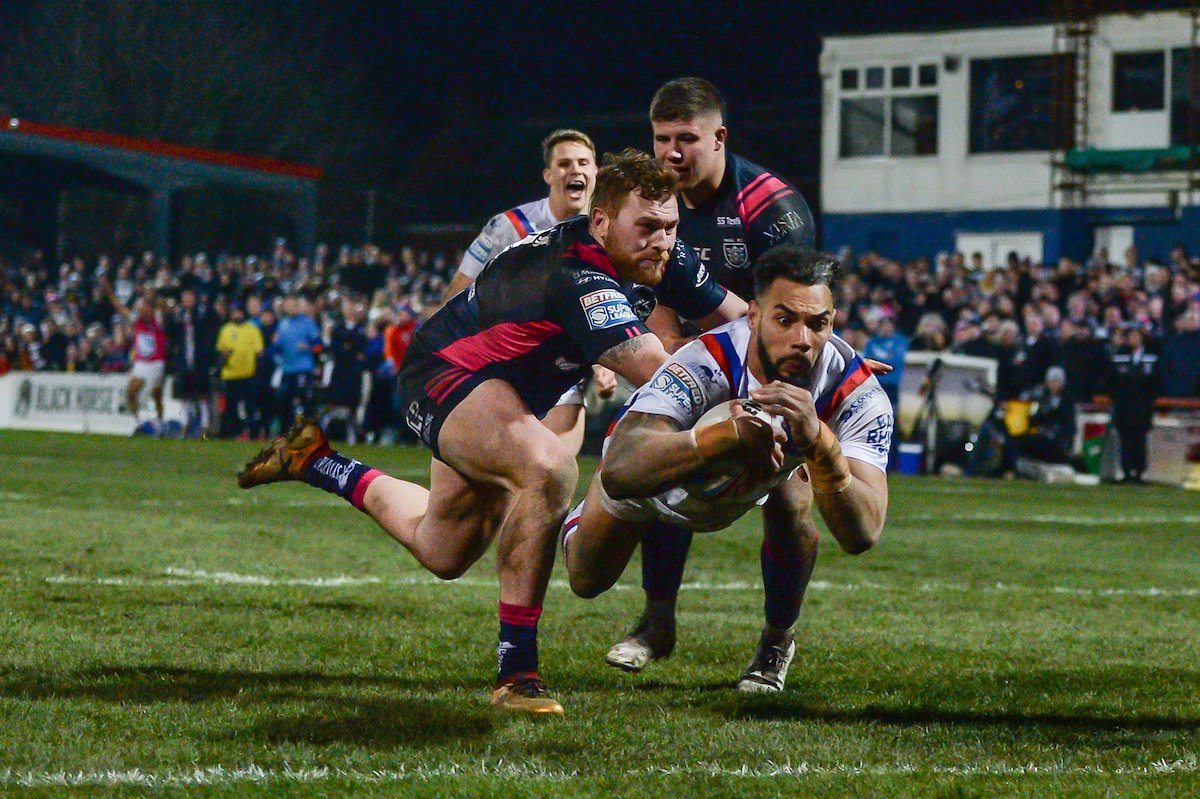 The Black and Whites were wobbling at that stage but Great Britain second rower Josh Jones steadied their nerves with a determined run at the Wakefield line before offloading for stand-off Albert Kelly to score.

And the flying Johnstone produced a repeat four minutes later to tie the scores. The game went in to golden point extra time, where Sneyd’s left boot proved fruitful and sealed a 27-26 victory. 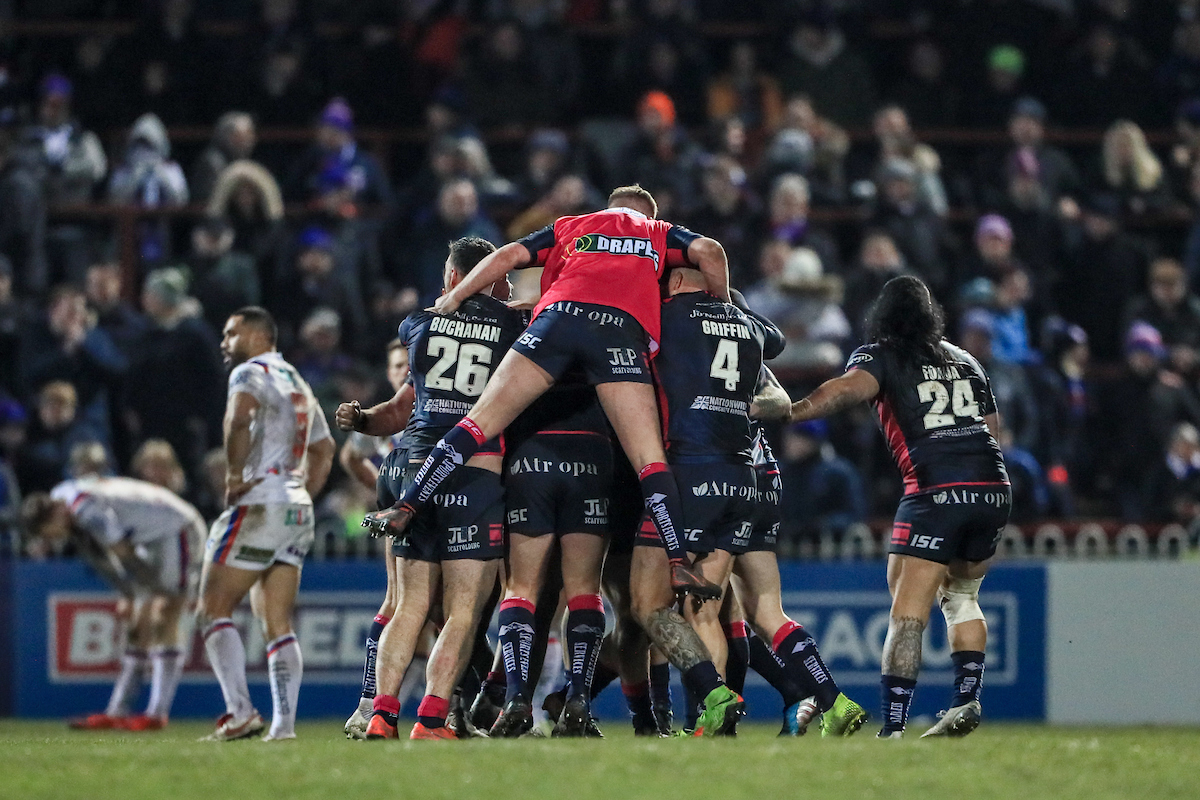 How do Toronto compare to other promoted teams after six games?

Israel Folau can do something special for Catalans, says Sam Tomkins

Tommy Lee comes out of retirement to sign for Halifax

Hull KR could be without Ben Crooks for six months