We give a verdict on how each Super League club has gone about their business ahead of 2020.

The big departure for the Tigers in the off-season was that of Luke Gale, who has joined Leeds on a three-year deal. He has been replaced by Danny Richardson, who could prove to be a real hit in West Yorkshire if he can gel quickly with fellow half-back Jake Trueman. Daryl Powell has added further competition on the flanks with the acquisition of  NRL winner Sosaia Feki and Salford’s Derrell Olpherts, while George Griffin and Tyla Hepi are both capable of making their presence felt in the forward pack.

Castleford’s squad is undoubtedly better than it was 12 months ago, and the quality of players brought in could certainly lead to another year of exciting rugby at the Mend-a-Hose Jungle. 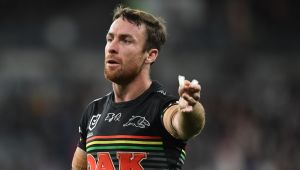 Catalans haven’t made too many signings, but the players they have recruited are littered with quality. James Maloney arrives with two NRL titles and a World Cup winners medal to his name, while Joel Tomkins and Tom Davies have a wealth of experience playing at the highest level. Convincing Josh Drinkwater to return will be a massive boost for Steve McNamara, and if he can help the Dragons win silverware – as he did during his first spell at the club – the Dragons should be more than capable of improving upon last season’s mid-table finish.

They have arguably made the shrewdest signings of any team in the competition over the off-season. If Maloney and Drinkwater can hit the ground running and fix the Dragons’ often-misfiring attack, they could be real contenders for a play-off spot next year. 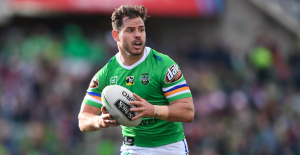 Having lost three of their most integral players in the off-season, Hudderfield needed to be clever with their recruitment. Full-back Ashton Golding arrives from Leeds with a point to prove, having seen game time limited after falling behind Jack Walker in the pecking order. Kenny Edwards had an impressive season at Catalans and will be looking to kick on in 2020, while prop James Gavet will add some grunt in the front-row. However, bringing in marquee man Aidan Sezer, a player with over 150 NRL games to his name, was the best piece of business the Giants could’ve done over the off-season. It was clear that Simon Woolford wanted a new half-back and, given Sezer is in the prime of his career, he has got his number one target.

It is always hard losing key players, but Huddersfield have certainly replaced well and look to have significantly more quality and aggression, especially in the forward pack. 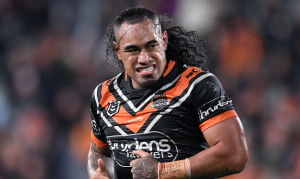 Some of Hull FC’s experienced overseas players hung up their boots at the end of 2019, so Lee Radford has decided to bring an influx of NRL talent over to humberside. Mahe Fonua returns for a second spell at the club, while forwards Manu Ma’u, Tevita Satae and Ligi Sao will significantly increase the size of the Airlie Birds forward pack. Having shown his potential at Widnes, Jordan Johnstone will act as understudy to 31-year-old Danny Houghton, while Josh Jones joins fresh off the back of a Grand Final appearance and Great Britain tour.

Hull have landed a number of overseas recruits, and there is always the risk that they could struggle to settle into English life. Regardless, Lee Radford now boasts one of the most aggressive forward packs in the competition, and they must surely be considered a major contender for silverware. 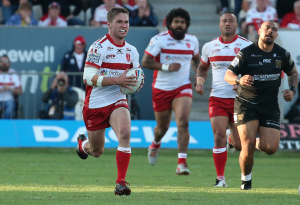 With 20 new players already confirmed, it has been a busy time over at Hull KR. Following the retirement of Danny McGuire, the Robins worked quickly to recruit Jordan Abdull, who amassed 24 tries and assists for London last year, Toronto half-back Ryan Brierley and former Robin Jamie Ellis. They have also signed Matt Parcell and Harvey Livett – both of whom spent time at the club last season – while five Bradford players have also been added to the mix and could be ones to watch moving forward. Shaun Kenny-Dowall is the only player Tony Smith has brought in from the NRL, and there is no shortage of homegrown talent in the KR setup.

Replacing the experienced McGuire was always going to be a difficult task, but bringing in a player of Abdull’s quality was a very smart decision. Nevertheless, there is always risk associated with bringing in such a large number of players, and if they can’t hit the ground running in the early weeks of the season, they could be embroiled in yet another relegation battle.

Leeds have brought in four players who will more than likely all fit straight into the Rhinos 17. Hooker Kruise Leeming and second-row Alex Mellor both arrive from Huddersfield, while Luke Gale will add further experience alongside Rob Lui in the halves. The loss of Trent Merrin will be tough for the Rhinos to take, but bringing in Matt Prior, a player with over 250 NRL games to his name, will help to soften the blow slightly.

If Gale and Lui can quickly form a partnership in the halves, Leeds will be set for a far more enjoyable campaign. You also get the impression that this could be a big season for the likes of Sam Walters, Muizz Mustapha and Callum McLelland – amongst others – who will all be seeking more game time in 2020.

Despite losing a number of their biggest names, Salford have managed to retain an extremely competitive squad as they look to replicate 2019’s tremendous showing. Chris Atkin and Kevin Brown arrive to fill the berth left by Jackson Hastings, while Luke Yates, Rhys Williams and Elliot Kear all head to the AJ Bell Stadium, having been three of London’s best performers last year. Sebastine Ikahihifo and Pauli Pauli will also add some serious grunt to the forward pack, with the Featherstone duo of Connor Jones and Jack Ormondroyd hoping to make an impression in the top flight.

It seems unrealistic to expect Salford to be serious challengers for silverware in 2020, but their squad still looks mightily impressive. The players brought in will add a new dimension at both ends of the field, but without Hastings in attack, the Red Devils may lack the killer spark needed to mount a serious challenge for the play-offs. 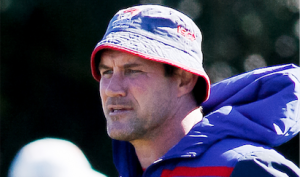 New boss Kristian Woolf has yet to make any additions to his Saints squad, and why would he? They were strong across the park last year, winning the League Leaders Shield at a canter, and haven’t lost any first-team regulars in the off-season. Of the five players leaving, only Adam Swift (7) and Danny Richardson (13) appeared for the first-team last year, although Ryan Morgan did produce a series of excellent performances on-loan at London.

Saints are seemingly content with the squad at their disposal, and it would be a real surprise if any new faces came through the door. They have an endless conveyor belt of young talent coming through the ranks, so expect more new faces to get top flight minutes next season.

Trinity have brought in a good mix of youth and experience as they try to stay clear of the danger zone in 2020. Ryan Atkins rejoins the club after nearly a decade with Warrington, while Joe Westerman, Jay Pitts and Chris Green all add their sizeable top-flight knowhow to the forward pack. However, the arrival of full-back Alex Walker – who excelled at London last season – is certainly the most exciting piece of business Chris Chester has managed to get over the line in the off-season.

Wakefield’s transfer business has gone under the radar in comparison to other clubs, but they have certainly managed to strengthen in several areas of the field. Chris Chester will be pleased with the recruitment for a side which now boasts healthier competition for places in almost every position. 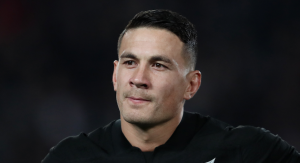 Super League’s newest side have managed to lure Sonny Bill Williams to the competition in what is the biggest transfer of the off-season. Williams has over 300 career appearances across league and union, and his arrival will definitely bring new eyes to the sport, both home and abroad. Aside from their marquee man, Brian McDermott has brought in forward Brad Singleton and hooker James Cunningham, as well as retaining the majority of 2019’s promotion-winning squad.

The arrival of Williams is a clear signal of intent from Super League’s first Transatlantic side; they are here to stay. Keeping the majority of their squad will certainly help with cohesion in the early weeks of the season, given how sides with numerous new faces often struggle to link up effectively and are forced to play catch-up for the remainder of the season. 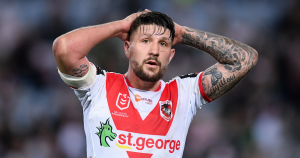 Warrington have brought in second marquee man Gareth Widdop to ease the sizeable burden on Blake Austin in the halves, while new centre Anthony Gelling has already shown his Super League credentials with Wigan many seasons ago. Having seen Chris Hill develop from Championship star to England international, new recruit Sammy Kibula will be looking to follow a similar path, while Keenan Brand and 2019 Betfred Championship Young Player of the Year Matty Ashton will be hoping to get a chance to shine before the season is out.

Despite doing some good business in the off-season, it is clear that Warrington still want to add an overseas forward to the mix. One potential target, Zane Tetavano, opted to join Penrith, meaning the Wolves are now running out of both choices and time with the season fast approaching.

With an impressive mixture of youth and experience, Wigan have taken their time to bring in players who can compliment their existing side. 2019 Man of Steel Jackson Hastings will be a more-than-adequate replacement for George Williams, whereas England international George Burgess will surely slot straight into a starting prop role following his arrival from South Sydney. Their other three recruits, Jake Bibby, Mitch Clark and Kai Pearce-Paul, may have to bide their time a little more before getting an opportunity in the first team.

Wigan have quality littered across the park, and their off-season acquisitions will only reinforce that. The only uncertainty remaining is whether Hastings will arrive at the DW Stadium ahead of the new season, but the Warriors have a squad capable of competing for a place in the Grand Final regardless.