Toulouse are talking to “four or five very high level players” from Super League about joining the club, if they are given the 12th spot in the competition. They are one of six clubs vying to replace Toronto in the top flight, with a decision expected to be made by December 18. Chairman Bernard Sarrazain said: “We are in the process of negotiating pre-contracts, so that depending on the decision, they can join us.” They have already signed Joseph Paulo and Dom Peyroux from St Helens and France international hooker Eloi Pelissier in recent weeks to outline their ambitions. 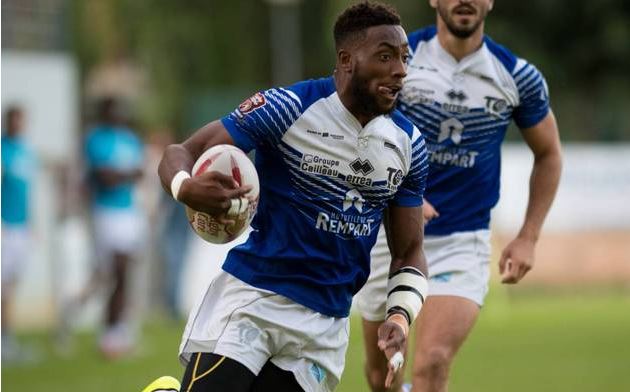 France international centre Gavin Marguerite, formerly of Toulouse, has signed for Villeneuve. Marguerite, 24, had signed a deal with Ottawa Aces for 2021, but they will no longer be participating in League One. He follows another former Toulouse player, Mourad Kriouache, in joining the Leopards.

Niue international Wesley Lolo has arrived in France to take up his deal at Lezignan. The 26-year-old prop has been a regular in the Canterbury Cup in Australia, and could be available for this weekend’s game against Avignon.

There’s an increasing problem in the French lower leagues regarding the lack of match officials. The FFR’s new director of officials, Stephane Vincent, says they are “30 or 40 referees missing to function normally” and has put a programme in place with club officials to assist with the situation.

Lezignan defeated Limoux 42-30 in a high-scoring match. Former Catalans utility Antoni Maria made his debut for Lezignan, who after falling behind in just the second minute, soon turned it around and would lead throughout the match.

They opened up a 16-6 lead and that stretched to 22-14 at half time. Although Limoux pulled one back early in the second half, a brace from Thomas Lacans gave Lezignan breathing space and they maintained that to win comfortably in the end.

Villeneuve made it two wins from two as they defeated Avignon 36-18. The damage was done in the first half, with former Super League prop Eddy Pettybourne crossing for the first try, before a Dorian Brioux brace helped the Leopards to a 20-0 lead.

Remi Andreu and Corentin Rey scored either side of half-time to give Avignon hope, but Stan Robin, Lucas Vergniol and Hamza Bachoukh added further tries to mark a satisfying win for the hosts.

Toulouse continued their encouraging start to the season with a 36-18 win over Palau. Justin Bouscayrol scored two tries to help them to a 26-6 lead, as Palau lost a man to the sin-bin. The Broncos fought back to within eight points before Benjamin Laguerre and Bouscayrol’s hat-trick try saw the hosts home. Coach Seb Raguin said: “Overall I’m happy, but we can do better.”

St Gaudens registered their first win of the season as they won 18-12 against Albi, who remained winless as a result. Valentin Dumas scored the only points of the first half as St Gaudens took a 6-0 lead in to the break, and he converted Kuni Minga’s early second half try to put them in control. Although Albi hit back with two tries, neither were converted, and when Julien Sorel scored with seven minutes to go for 16-8, there was too much to do for the Tigers.