This season has been the breakthrough year for plenty of talented young players across Super League – but here are our top 5 youngsters of 2018.

The Castleford man’s season kicked-off at the Totally Wicked Stadium against the eventual League Leaders Shield winners, St Helens and what a baptism of fire it was. At the ripe young age of 18 upon the seasons start, not many had heard of the Bradford born utility.

It was this ability to play in numerous positions that served him well as the year went on – with appearances being made at hooker, half-back and fullback.

He played 26 games in total throughout 2018, scoring eight tries in the process – not to mention three excellent Man of the Match awards. This outstanding form was rewarded with the Man of Steel’s Young Player of the Year title – not bad for a teenager! 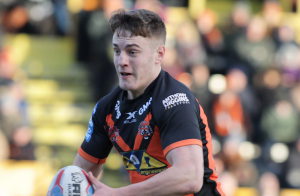 If someone was to tell you that a young Danny Richardson would start for St Helens all year, keeping out grand final winning halfback Matty Smith in the process – would you have believed them?

The young half played a huge 34 appearances in 2018, scoring six tries and kicking a ridiculous 147 goals – not forgetting his seven drop-goals and two Man of the Match performances.

At 22 years old and plenty of development left in his already well-established game, I think its safe to say the future is bright for Danny Richardson. 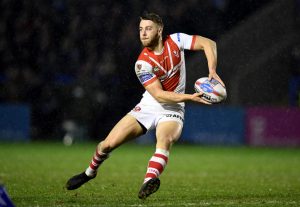 The Wigan winger, much like Richardson, had some competition for a starting sport at the club. With the likes of Joe Burgess, Liam Marshall and Dom Manfredi in the squad, he had his work cut out to earn a starting place!

They say that injuries provide those all important opportunities for players  – 2018 was just that and Tom Davies was trusted to play.

He played 31 times, scoring 16 tries and earning one Man of the Match nod. Even with Burgess returning, it’ll be difficult to remove him from the side.

The Giants player was 20 years young at the seasons beginning but was relatively well known in and around Huddersfield after making his debut for the club in 2016.

The Giants had a mixed year and with new coach Simon Woolford preparing his side for a huge 2019 season – I think it’s safe to say McIntosh will feature in his plans! 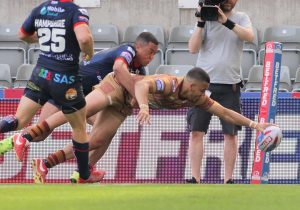 The 20 year old forward made his first team debut for St Helens in 2017 against Wakefield.

It was a year later in 2018 that he established himself as a regular feature within Justin Holbrooks match day squad. He played a total of 19 times for the league leaders in what proved to be a breakthrough year for the powerful forward.

Next year will be huge for the young prop, with the likes of Alex Walmsley returning to the fold – earning a starting spot will be his toughest challenge yet.

The polish born prop forward signed for the Rhinos in 2017 and hasn’t looked back since. In 2018 he played over 20 games, most as an impact from the bench and scored a single try.

It was a tough season for Leeds and ultimately probably one that they would rather forget. With legend coach Brian McDermott getting the sack and the likes of Ryan Hall leaving for the NRL – change was certainly afoot for the Yorkshire based side.

With Furner at the helm in 2019 – I think we can expect to see Oledzki featuring in his plans. 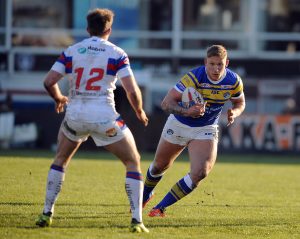 What do you think? Let us know your favourite 2018 youngsters in the comments below!