Robert Elstone’s race as Super League’s Executive Chairman is run, and it remains to be seen who his successor will be, if there indeed is one at all.

His tenure has been disappointing and his legacy will likely be the Toronto debacle and the infamous Papa John’s pizza deal.

In many ways, that may seem harsh on a man who has had his hands tied from day one.

The theory of Super League splitting from the RFL to control its own interests was a fair one; the trouble is that it continues to serve the interests of its current clubs (whoever they happen to be), rather than the competition – ergo the elite level of the sport in the Northern Hemisphere.

Elstone was being paid an amount rugby league can hardly afford to effectively collect the views and votes of the 12 club chairman fortunate enough to be around the controlling table at this time. Oh, and as a bonus, he got a vote of his own.

Whether he was sold the dream up front that things would be different, only he will know.

The result is a far cry from the “new beginnings” promised us following the extraordinary coup that saw him unveiled at a press conference alongside a select few Super League club chiefs. 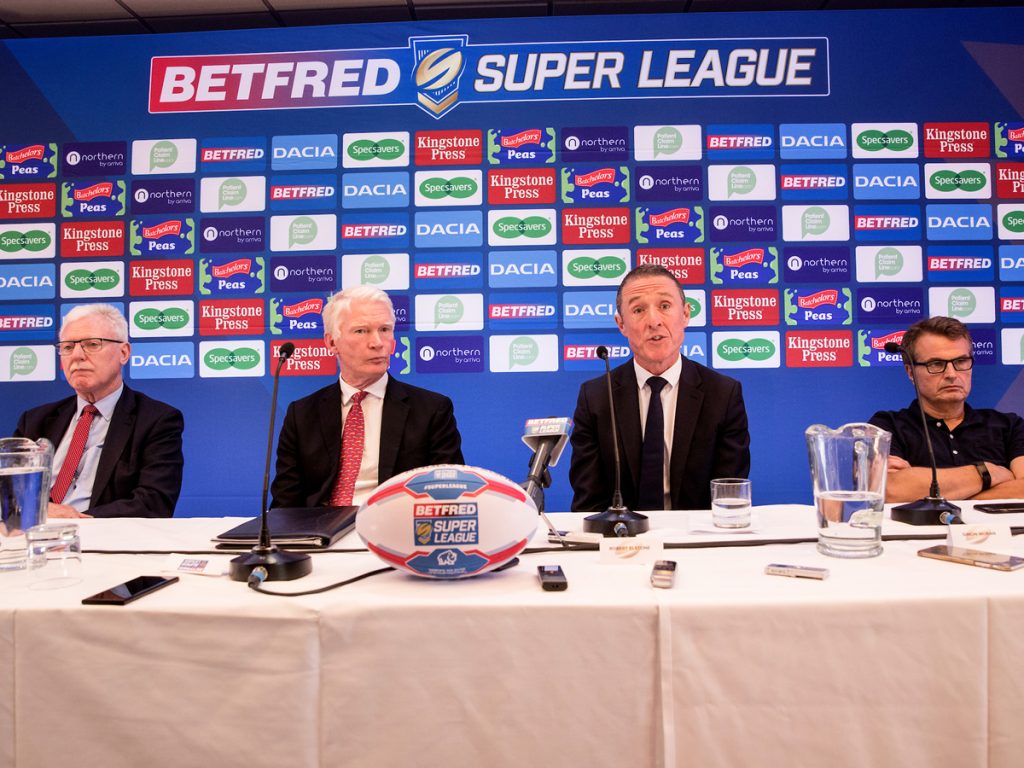 The wasted £750,000 on the equity deal that was voted out by clubs beggars belief. Elstone, had the proper power been afforded him, may have got that through and made a success of it. We will never know.

But it’s outright delusional that rugby league has put itself in a position where it has surrendered that amount of money for absolutely nothing; perhaps it was that outcome which left Elstone with no vision with which to continue.

It will serve as another example of twisted governance, seemingly blinded by the smoke caused by the burning fire of the sport beneath it.

In the wider context of the game

Rugby league needs a reality check. It cannot compete, or put itself alongside, the elite and global sports it either professes to be like or aspire to be.

The comparisons to rugby union are startling. There are more rugby union participants in Poland (60,884) than there are rugby league in the whole of Europe (58,252).

Previously, I stated that rugby league’s obsession with expansion was disingenuous, and it was merely about what further monies it could extract for the benefit of the few, rather than having a real desire to grow the game.

We have a top heavy sport. A Super League competition that has escalated its costs while reducing its sponsorship revenue; the RFL which is forever a sitting duck when it comes to the blame game (both domestically and abroad); and now the movements to organise the sport worldwide to mirror that in other sports.

The amount of money rugby league has spent on executives and fanciful nonsense trying to pretend it can rub shoulders with elite, global sports – when it apparently hasn't got a pot to piss in – doesn't bear thinking about.

On the face of it, the rebranded International Rugby League – with the Rugby League European Federation and the Asia Pacific Federation (and potential others) sat beneath it, makes sense.

But when 75% of all participants in the Northern Hemisphere are in England it sounds like overkill; especially when you consider that the NRL and ARLC sits somewhat on the periphery.

While we debate the ‘will that, won’t that’ hypothesis of re-structuring international federations and putting big city expansion sides in to the UK league system, the strategy to grow the game worldwide remains unclear.

In the 16 years I have been running this website, the brilliant Phil Caplan has continually furnished us with stories from across Europe of international matches, new club sides, leagues getting off the ground and other development.

The question is – why do these never get anywhere and how does rugby league change that?

Italy beat England in 2013 ahead of a memorable World Cup campaign, yet six years later, they can’t even be bothered to return their participation numbers to be included in the RLEF’s annual report.

There are more than 8,000 participants in France, and only a global pandemic has brought its semi-professional league to the attention of the wider rugby league world.

How do some of the more encouraging development countries, such as Serbia and Ukraine, grow significantly enough to create their own semi-professional competitions – as well as sending players to try their hand in England and France, which has been done on a handful of occasions already.

Like it or not, the state of rugby league in general is so closely linked to Super League due to that being by far the most prominent competition in the Northern Hemisphere, with the biggest clubs, the best players and the most money.

About James Gordon 7122 Articles
Love Rugby League editor. Founded the website back in 2005. Worked with a range of clubs and sponsors during that time. Also commentates for BBC.
Website Twitter LinkedIn