With every season comes new signings and with every new signing, comes a potential star – here are our five star signings for the 2018 season.

When news broke that Josh Charnley was to return to Rugby League, many did not expect his destination to be Warrington Wolves.

At 26 years of age and with a point to prove, Charnley flew out of the blocks and never looked back.

After a total of 21 appearances he managed to touch down on 15 occasions and can count himself unlucky not to have been selected in England’s squad for the international Test series against New Zealand.

What a signing he proved to be for the Wolves!

When Catalans Dragons secured his services in April – a lot of people didn’t know what to think.

At that time, Catalans sat at the bottom of the Betfred Super League table and needed someone special to change their fortunes.

In stepped Drinkwater and the rest they say, is history.

A Super 8s finish accompanied a historic Ladbrokes Challenge Cup trophy in what was the most successful season in the clubs history.

Coach Steve McNamara expressed his intention to keep Drinkwater in 2019, but unfortunately couldn’t quite get the deal done. His future remains uncertain. 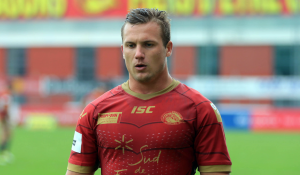 The former Leeds stalwart joined Hull KR for what was their return to Super League and was influential in what was always going to be a tough year.

Now, this list isn’t just about the ‘best’ out and out player – but a player that inspired change and influence on their new team.

Danny McGuire did just that for Hull KR.

They might have been in a much better position if it wasn’t for an unfortunate blood clot that sidelined him for eight weeks.

After announcing that he will retire at the end of 2019, he will be determined to finish on a high. 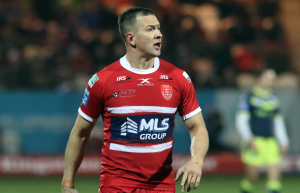 One thing is guaranteed when Pauli Pauli takes to the field – there will be plenty of sore bodies at the final whistle.

In 2018 he played 20 games and scored six tries, which is quite the impressive return for a forward.

At the age of 24, it is fair to assume the best is still to come from the big man and with his contract being extended – Wakefield fans have plenty to look forward to. 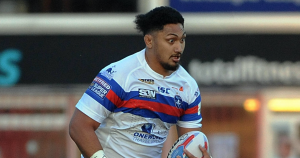 He started the year with Hull FC but in a surprise transfer, moved to Castleford Tigers.

Due to an impressive career at Hull FC and his prime years arguably still lying ahead of him – it was reported to be a big transfer fee.

The Tigers welcomed Watts into their pack and felt the big man would fill a hole left by the retiring Andy Lynch.

In what was a mixed start to the year for Castleford, Watts added consistency to their forwards and never took a backward step. 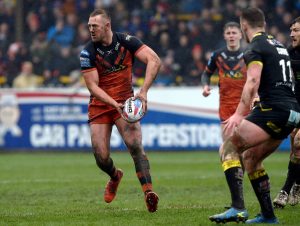 It must be noted that Ben Barba was not included due to his transfer being in 2017.