We’ve previously looked at 13 one-club men in British rugby league, so now we head Down Under. As before the same rules apply so let’s look…

As versatile as they came and whether it was his astute attacking genius or his reliable defensive work, Daley was a true workhorse and one of the nation’s finest of the 20th century. Between 1987 and 2000, the former New South Wales representative became a prime catalyst for a Canberra side that won three premiership titles in 1989, 1990 and 1994. A 14-year career saw the former Raiders five-eighth go from a raw prospect to senior statesman and become a key figurehead in the backline at domestic, representative and international level.

Hindmarsh spent all his 14 seasons in the NRL with the Parramatta Eels and became one of the league’s top back rowers throughout his time there. A defensive powerhouse who became the first player in NRL history to reach 10,000 tackles and 30,000 attacking running metres. In his prime, Hindmarsh’s contributions became recognised as he won the Dally M second rower of the year award on five occasions over a seven year stretch between 2000 and 2006. Upon his retirement in 2012, the New South Wales forward had broken the record for most first grade matches by an Eels player with 330.

Another former Parramatta player who played alongside Hindmarsh in the early beginnings of the NRL all the way up until his retirement in 2012. By the end of a prolific career, Burt had become the second highest points scoring winger since the inception of the NRL in 1998 with 1,793 points (124 tries and 646 goals) and only behind Hazem El Masri at the position. 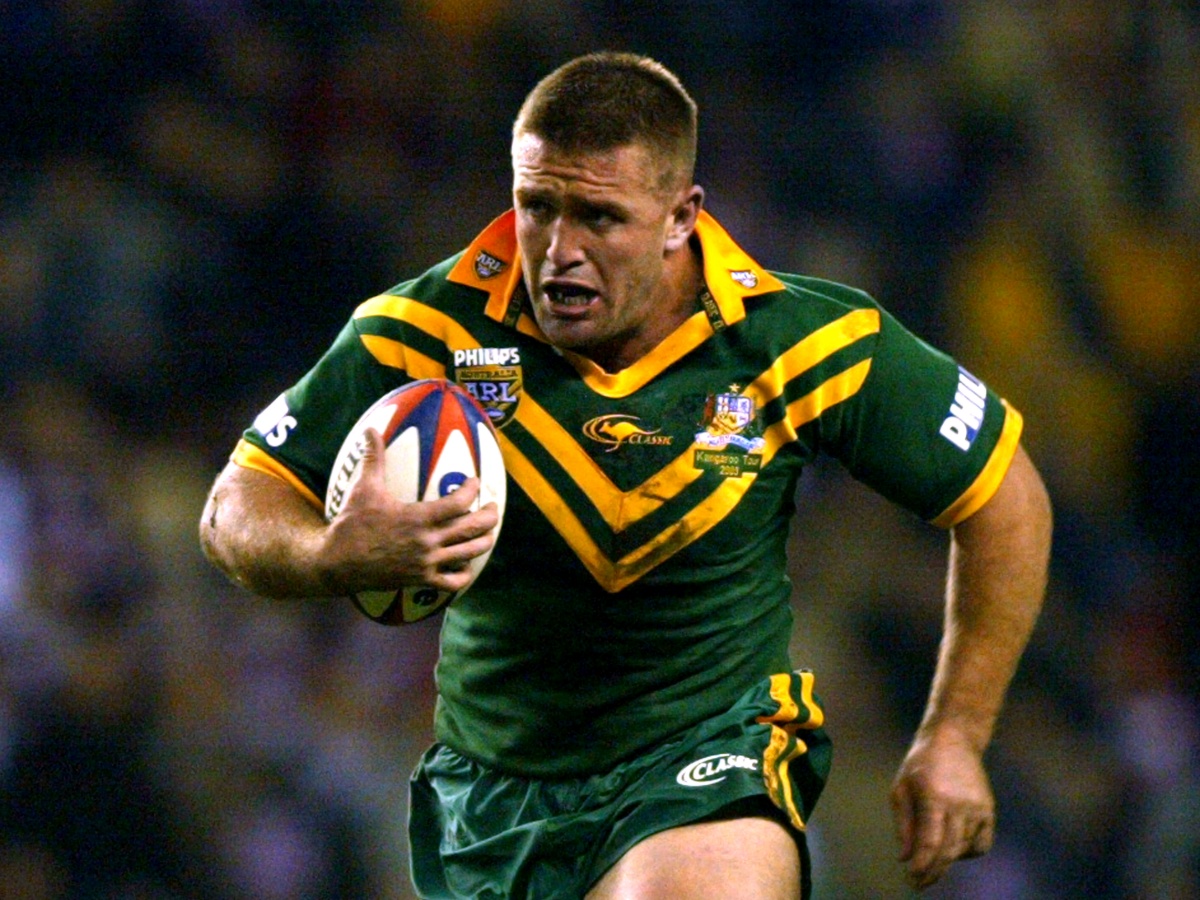 A four-time Premiership winner, a Rugby League World Cup winner, a three-time Dally M prop of the year winner and NRL Hall Of Fame inductee only paint the slightest of pictures of the former Brisbane man’s career. If there was anything that you desired from your prop forward, Webcke brought it in spades. A solid frame, surprisingly agile and always leading in tackles or hit ups. All 12 years of his career was spent at Brisbane and he became a key man throughout the Queensland sides dominance of the 90s and early 00s.

A player who only seemed to get better with age. The former Brisbane captain developed a reputation as one of the most intimidating forwards in the league between 2001 and 2016 and had that one extra feather in his cap that not many forwards at the time possessed. The former Australian international became just as renowned for his exceptional goal kicking, eventually becoming the Broncos primary source. The now rugby league pundit was Brisbane’s top points scorer in 2006 (142 points) and an influential member of the squad that clinched the NRL title that season. Parker eventually called time on his career in 2016 after 347 appearances for his hometown club.

A fine career that was hampered by injuries but still the former St. George Illawarra man showcased his ability as a hard-running and bulldozing centre who knew exactly where the try line was. In 14 seasons, Cooper made 244 appearances for the Dragons and gave 100% every time he stepped on the field, showcasing an undeniable eye for the try line. It was so much so that he remains the clubs’ top try scorer still to this day with 124.

Another former St. George player who was a largely consistent performer during his time in the NRL. A multiple recipient of the Dragons Player of the Year award and was a huge part of the squad that the clinched the 2010 NRL title alongside the likes of Cooper. By 2016, Creagh had finished as the clubs’ second most capped player with 270 first grade games and only behind Ben Hornby.

The South Sydney legend is seen as one of the great goal kickers in the history of rugby league and from 1965 to 1975 spent his playing career with the New South Wales based team. While under the coaching of the legendary Clive Churchill, Simms won four premierships along with being the clubs’ top points scorer for four consecutive seasons. In 10 seasons, Simms broke several club records including, most points by a South Sydney player with 1,841 as well as most goals by a South Sydney player at 889. 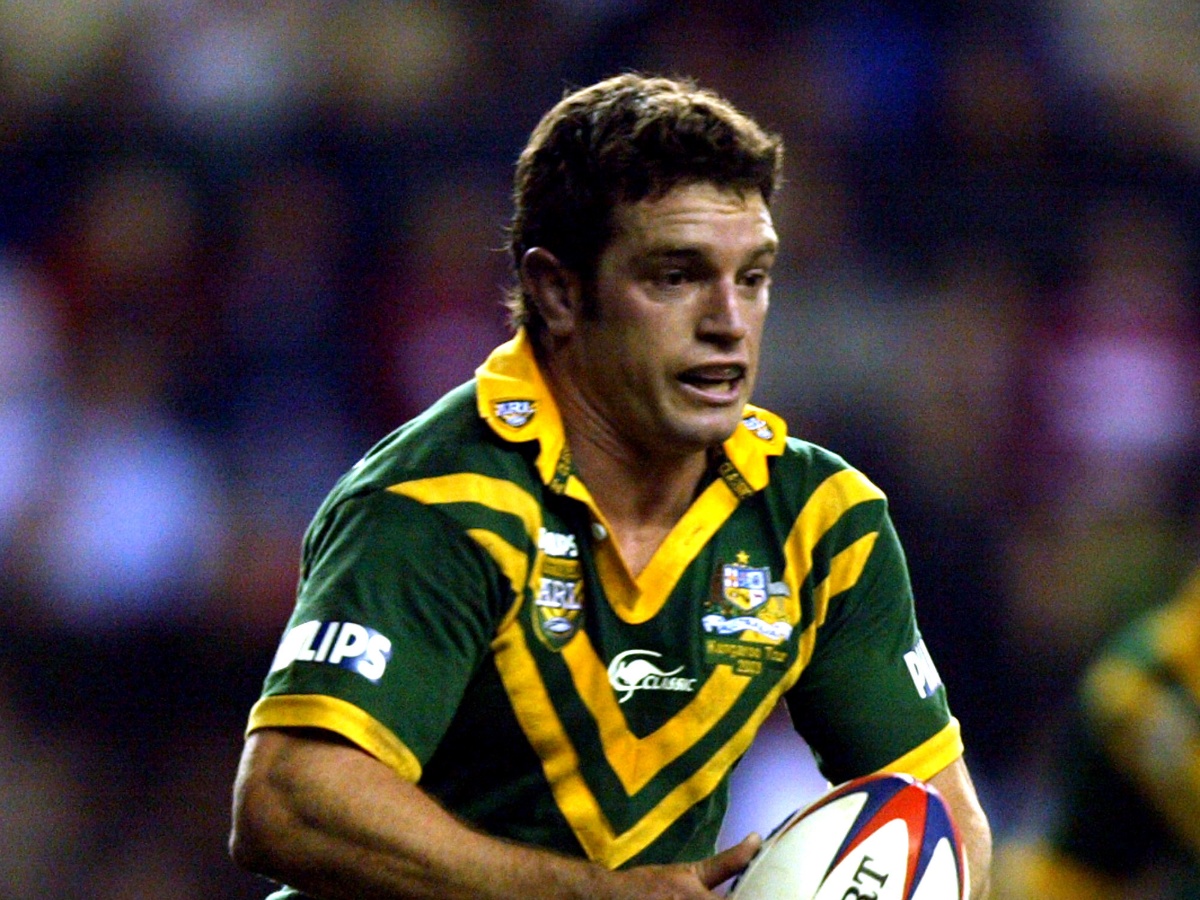 The highly capped Sydney Roosters forward played in the NRL grand final on four different occasions for the Roosters between 2000 and 2004, clinching the title in 2002. A great workhorse and tireless lock forward who became renowned for his great defensive work in the middle of the park and his ability as an all out tackling machine.

If you were ever going to kick the ball towards Minichello, then you did it at your own risk as the 2005 Golden Boot award winner’s ability to run the ball back could easily change the course of any game that he featured in for the Sydney Roosters. A 15-year career that saw the former Australian international break the record for most appearances (302) and most tries (139) for the New South Wales based team. Throughout his time there he would win accolades and compete in a remarkable six NRL Grand Finals, winning on two occasions.

Despite not being a hugely prolific scorer, Cayless’ presence in the forward line for the Parramatta Eels was without question. The captain of the 2008 World Cup winning New Zealand squad was an impactful leader on the pitch and holds the record to this day for most games as captain for any one club in the NRL. At club level, his days with the Eels may not have bestowed the greatest success in terms of silverware, however, his time there will forever be remembered.

There was not a great deal this man could not do on the rugby pitch. Between 1995 and 2011 he became the Broncos highest capped player with 355 and demonstrating everything that made him a world beater. A five-eighth who was deceptively quicker than he seemed, a sure under the high ball, an exquisite ball handler and one who was wicked with the boot. The ability he possessed to control the game was undeniable and his performances at Brisbane will forever be remembered as one of sheer quality. An accomplished career highlighted by four Premiership titles, six State of Origin series wins and two Golden Boot awards.

The Magician spent his entire career as part of the Canterbury Bulldogs and was as exciting as he was unpredictable. ‘The Magician’s’ impeccable goal kicking consistency and try scoring prowess being his two most valuable assets. The former Lebanon international was a lynchpin for the Canterbury team that claimed the 2004 NRL title. Upon his retirement in 2009, he finished as the NRL’s top point scorer with just over 2400 points, a feat more impressive that the only man close to surpassing the former Bulldogs winger is Melbourne’s Cameron Smith.

The former Queensland representative is often regarded as one of the best fullbacks of his generation and spent his entire career at Melbourne Storm. Between 2003 and 2018, Slater established himself as one of Australia’s most prolific ever try scorers and one of the nation’s most highly decorated players. 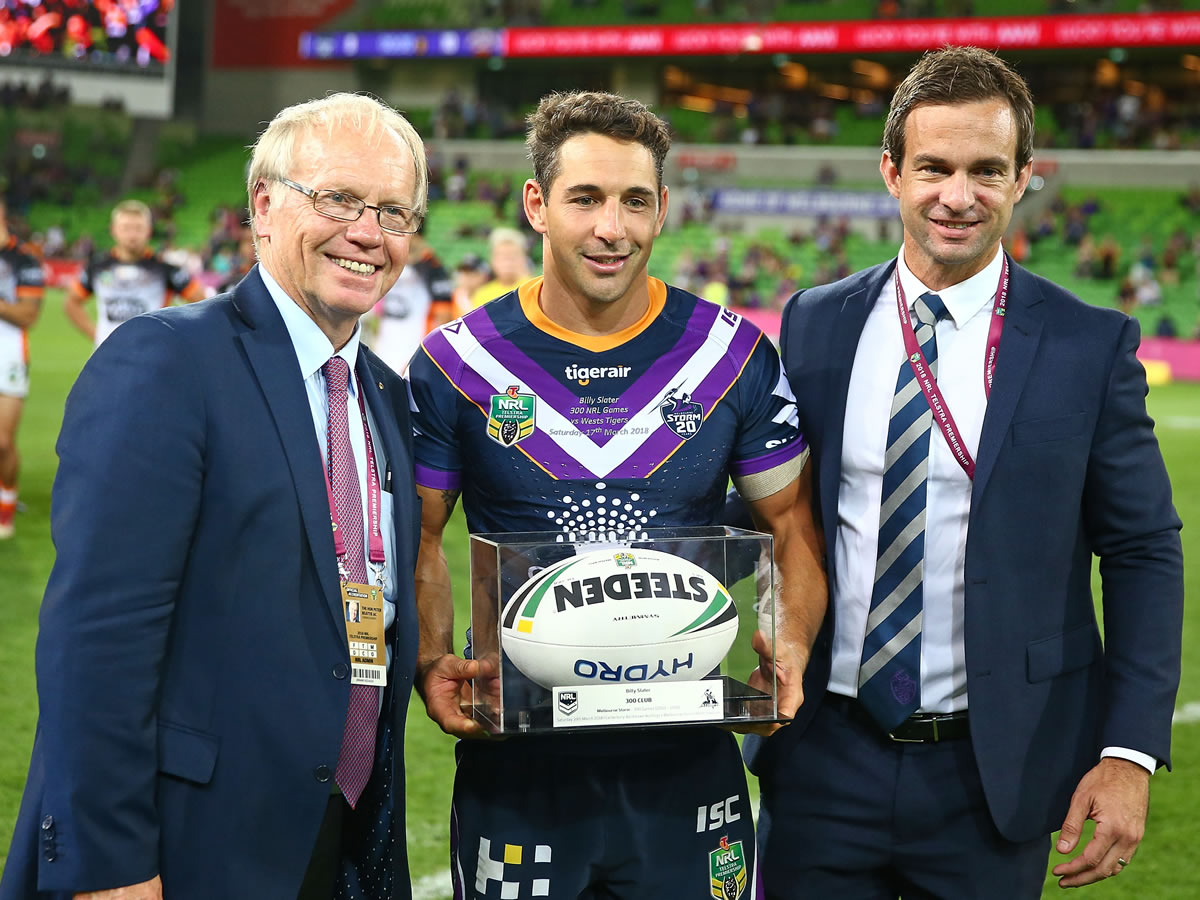