To mark the centenary of the historic meeting at the George Hotel in Huddersfield that led to the formation of rugby league in 1995, a range of stamps were issued.

They were selected as five of the then 10 rugby league Hall of Fame members.

The collection stated: “Together these men represent all the qualities of courage, skill and sprotsmanship that make rugby league a uniquely stirring and exhilarating spectacle.

“Harold Wagstaff, the ‘Prince of Centres’, whose phenomenal skill made him the yardstick against which all future players measured themselves; 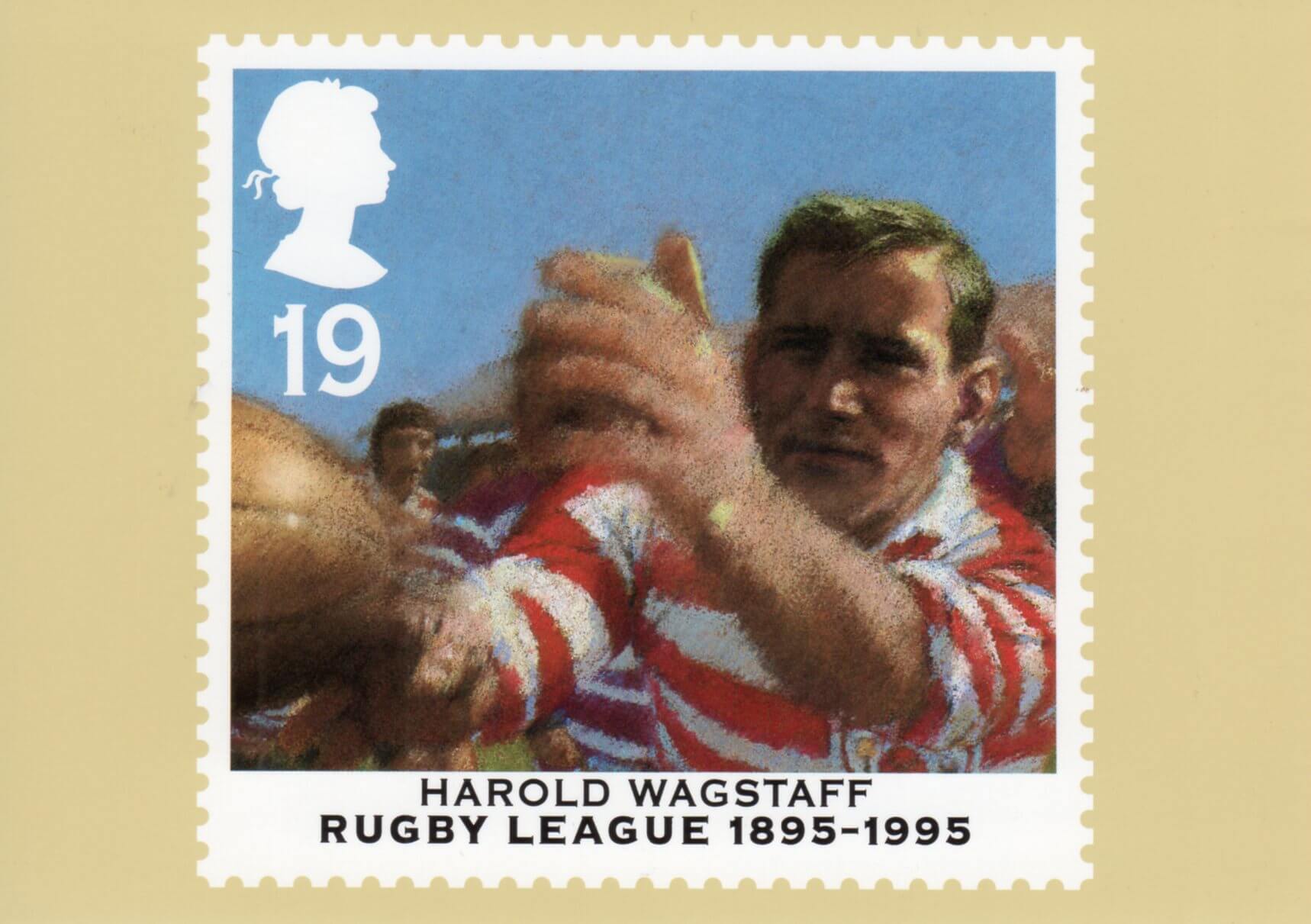 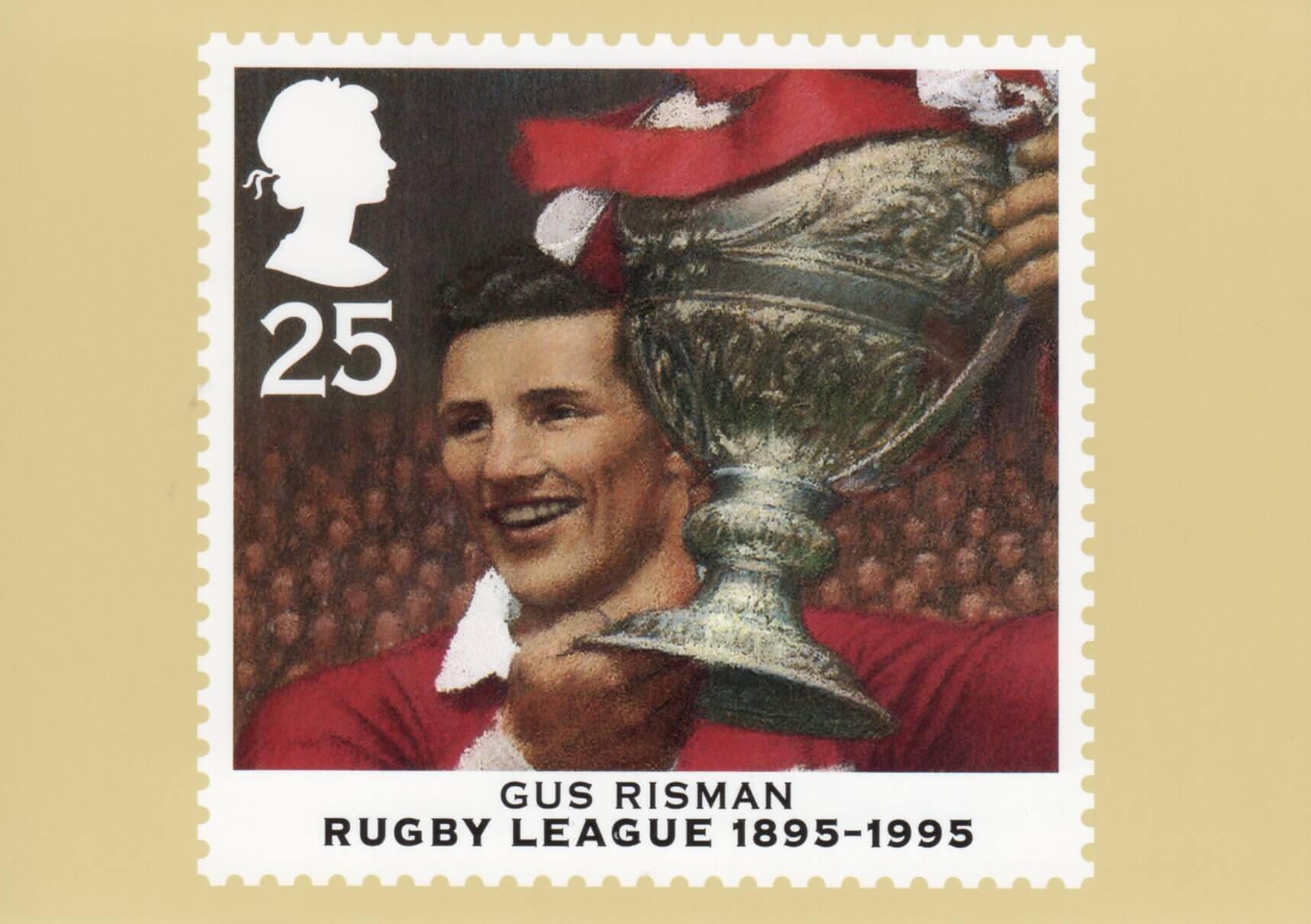 Billy Batten, one of the game’s most spectacular players, whose athletic style made him an enormous box-office attraction; 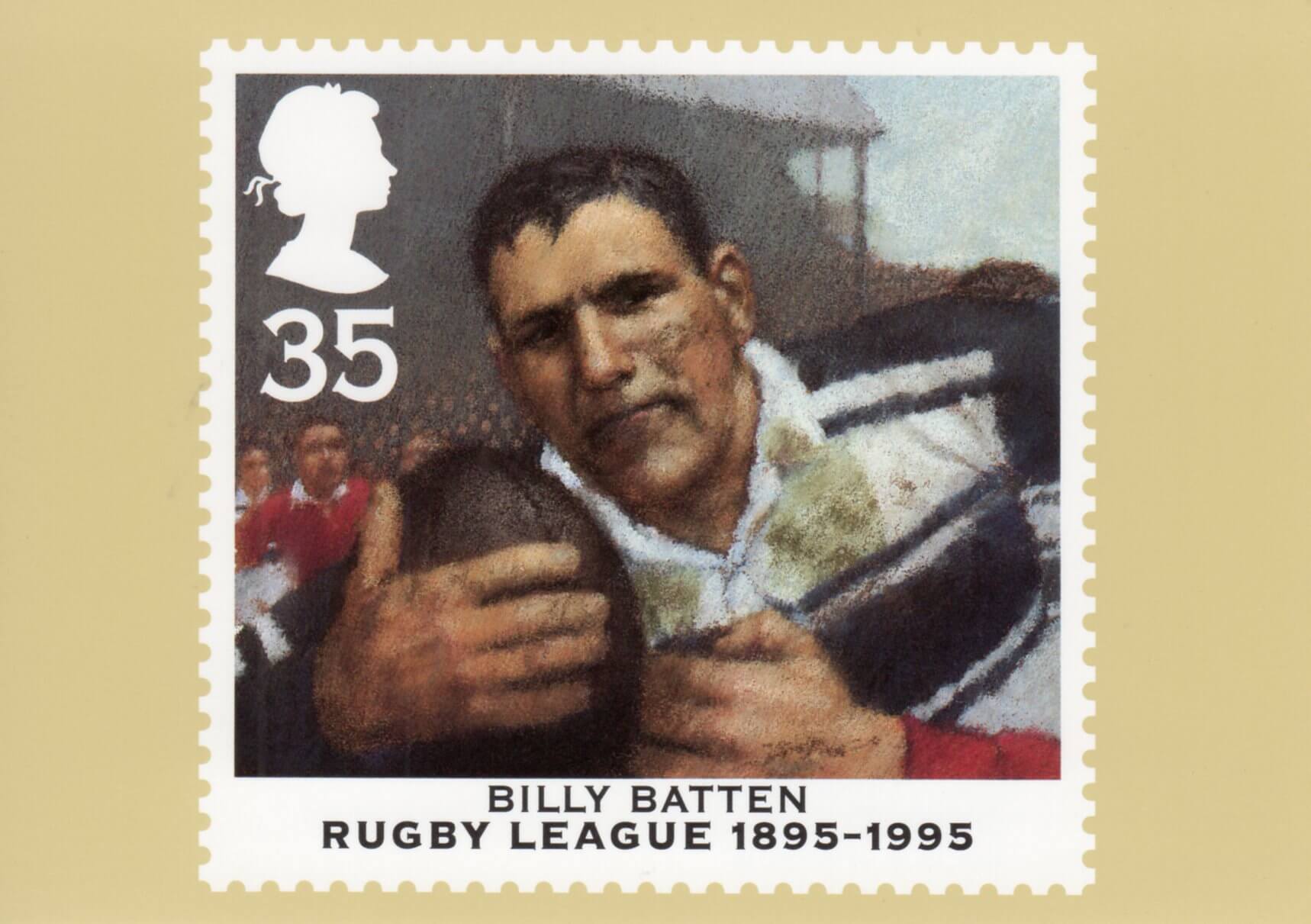 Jim Sullivan, the game’s most prolific goal-kicker and arguably the greatest ever full-back;

and Brian Bevan, the unstoppable Australian winger who scored a world record 796 tries in 688 games.” 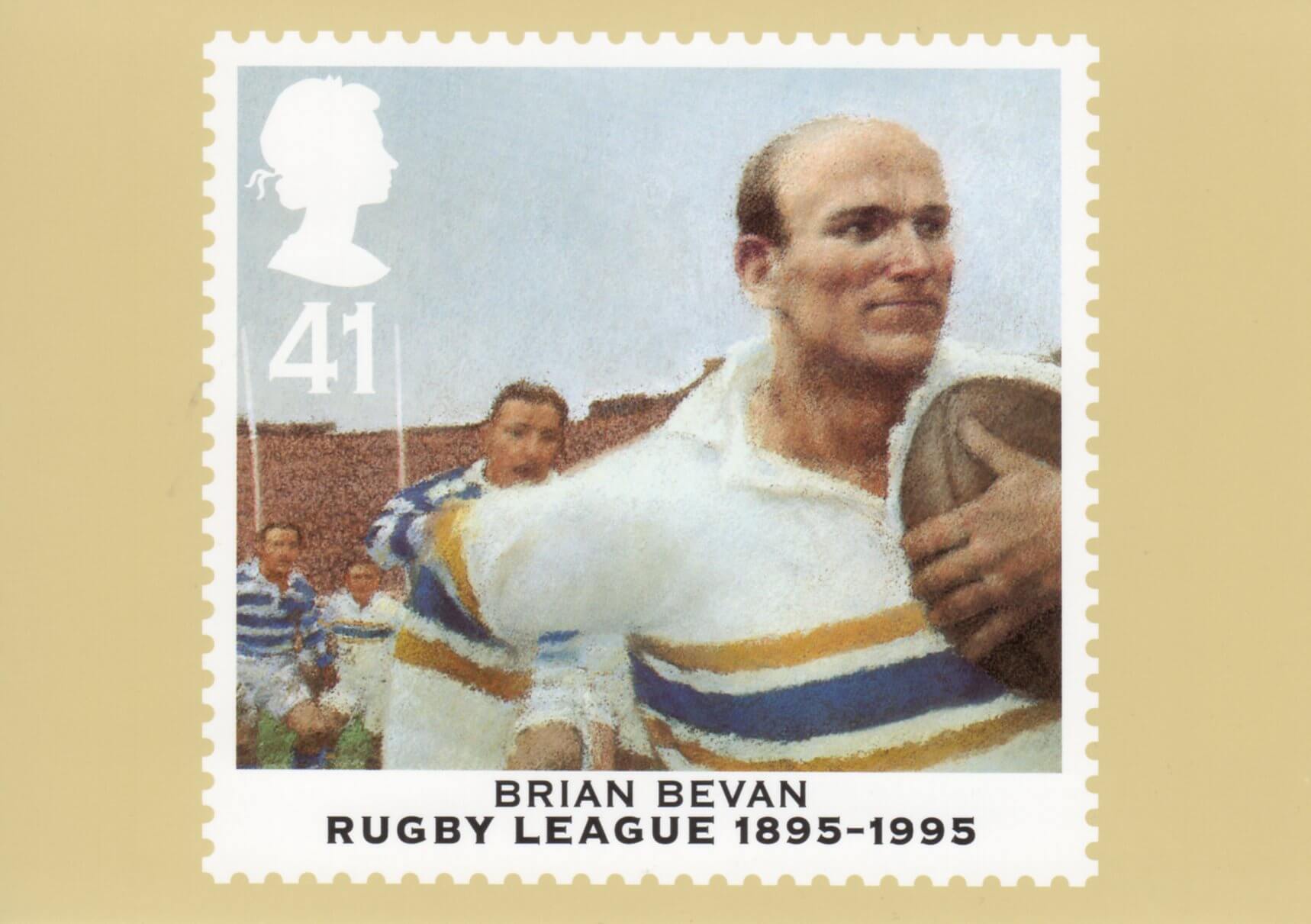 Stars Greg Austin and Ian Thomas, with veteran scrum half Alex Murphy, celebrating the centenary of the sport at the George Hotel in Huddersfield. 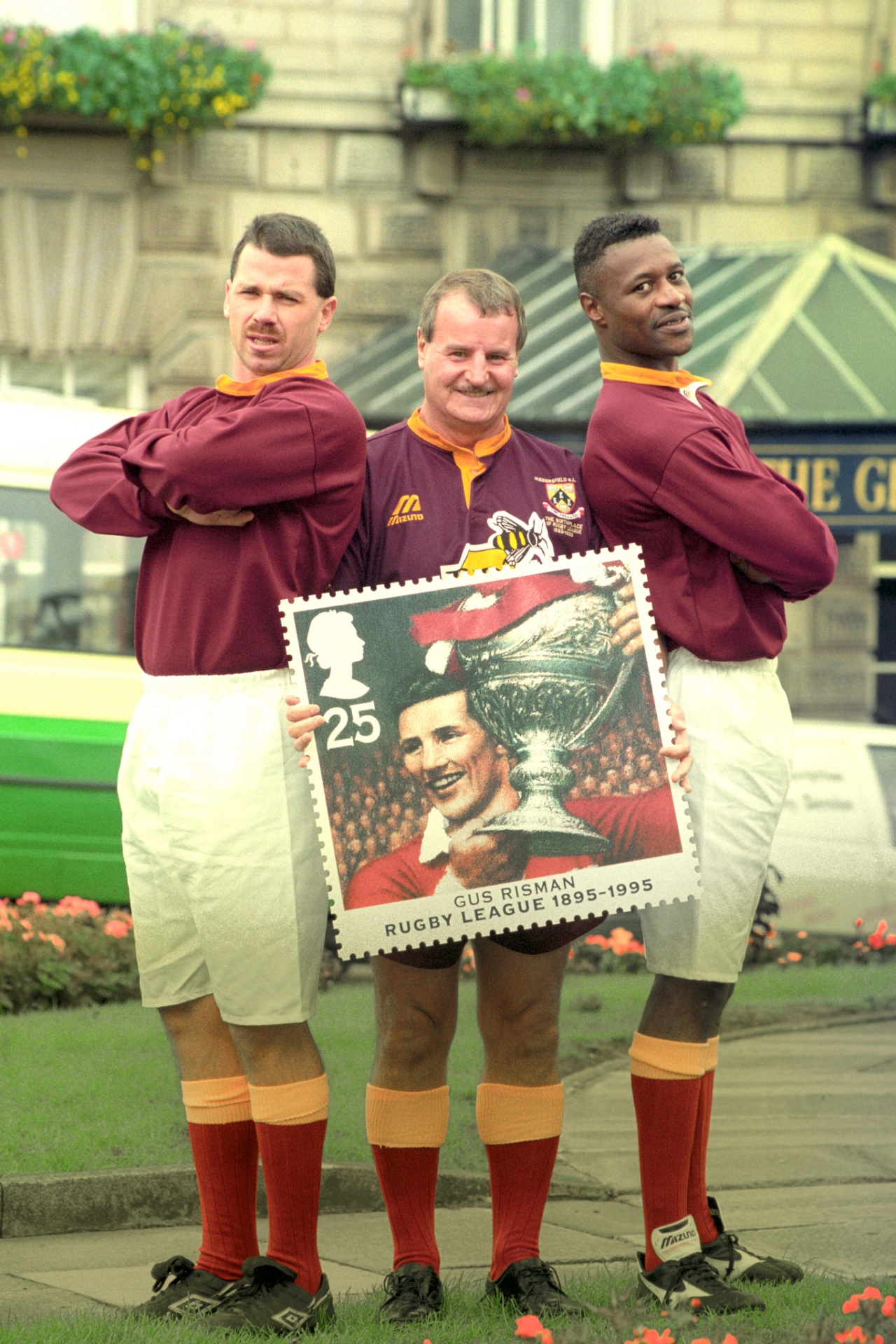 About James Gordon 7168 Articles
Love Rugby League editor. Founded the website back in 2005. Worked with a range of clubs and sponsors during that time. Also commentates for BBC.
Website Twitter LinkedIn