The trail for expansion of rugby league is a challenging, and at times, lonely place for those trying to grow the game.

While some in the “heartlands” fear for the future, imagine how they would feel if there nearest game was many miles away – that is the reality for many teams in the south, yet they keep going.

One of those clubs flying the flag in the south is Eastern Rhinos, the only active rugby league team in East Anglia.

Based in Colchester, the Rhinos were founded in 1992 and only last year, three of their players – Jonah Varela, Will Blakemore and Rob Oakley – were snapped up to join London Broncos’ first team squad for 2021. 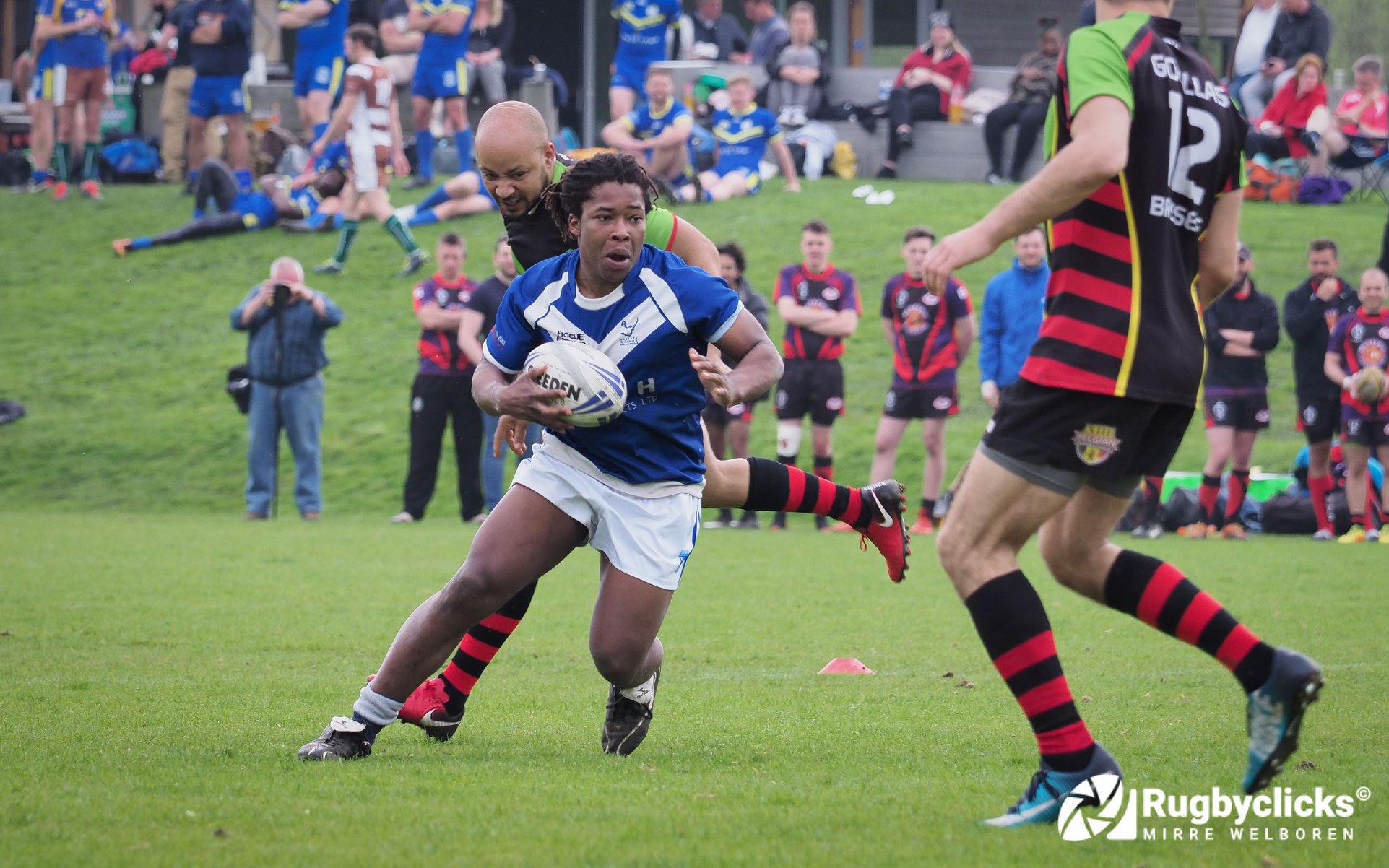 “It’s important to spread the message that Rugby League is alive, and it kicks, in the South,” said Chris Wildish, from the Eastern Rhinos.

“There is a lot, and I mean a lot, of discussion about the competency of the RFL and SL to develop the game of Rugby League across the UK.

“There seems to be quite a bit of support for expansion and growing teams from major cities to spread the word of what a great spectator sport RL is.

“I watch NRL and it is fast, slick, exciting action packed. The sort of thing I want to see here in the UK.

“In particular growth of the game in the UK is needed outside of the heartland allowing teams from ‘down South’ (where, I hear!) to grow and improve the quality of the Rugby League played.

“It may sound ridiculous but, actually, there are ‘southern softies’ who prefer RL to Rugby ‘yawnion’ – I know two 17 year olds who do for a start!” 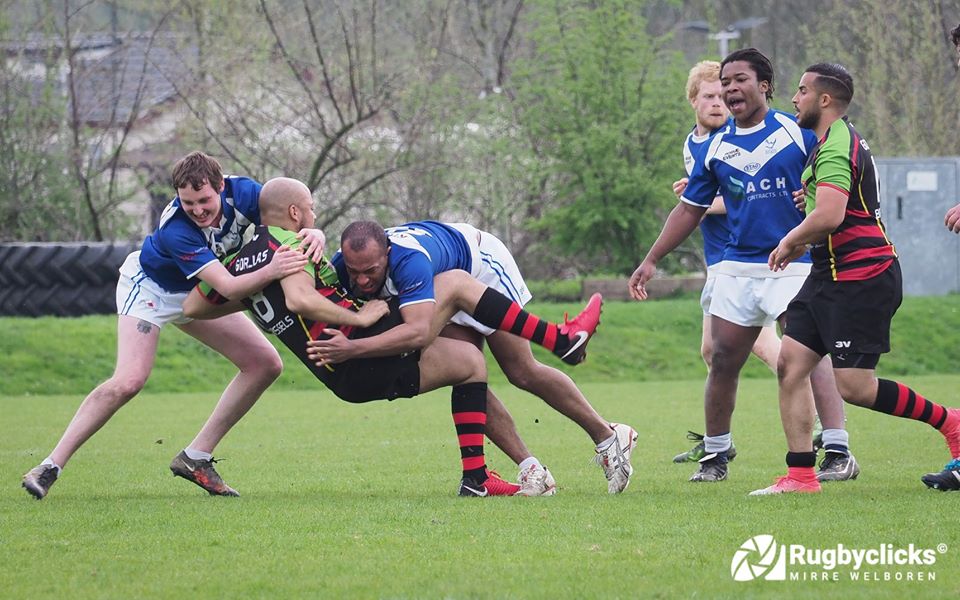 After starting life as Felixstowe Eastern RLFC, the club moved to Ipswich and renamed to the Rhinos in 1995. In 2003, they enjoyed the most successful year in the club’s history, reaching the semi-finals of the Rugby League Conference.

They renamed to Eastern Rhinos in 2010 and moved to Colchester RUFC. Seven players from the club, including its current head coach, have played representative amateur international rugby league.

Their new home is the Council funded Northern Gateway Sports Park in Colchester, which has contributed to an increase in the club’s running costs by approximately 600% – but despite the eye-watering jump, the club are looking at the positives.

Wildish added: “Here, life will be better because the club will have access to a properly marked out RL pitch, there is even a Café to use. Even so, the Rugby Union club got a brand new building out of it, Rhinos just get the benefit of being treated as an equal paying customer and will get exactly what they pay for without relying on favours from groundsmen.

“Previously, the club was a low life tenant at Colchester RUFC where training and matches took place on the ‘back’ pitches and where only favours from the generous groundsman allowed winter training under lights and then only when everyone else had gone home.”

There are 250 members of the Eastern Rhinos, which comprises a senior men’s team, a development/Under 18 team, a solid group of U18 and U16, a small but flourishing group of younger players U7, U9 and U11, as well as growing number of female playing members across all age groups.

As well as the three players becoming full-time professionals with the Broncos, a further five have been retained by the Broncos academy. 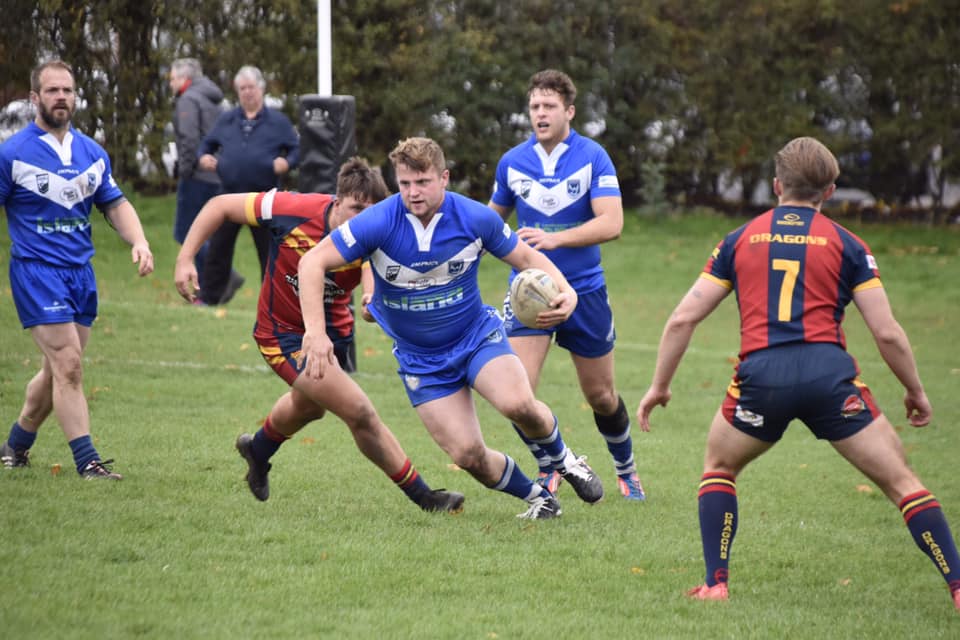 “The club aims to provide the community with the highest level of Rugby League it can achieve within the level of support available to allow everyone in the community an opportunity to experience Rugby league as a team sport.

“The club also promotes itself to achieve a consistent rate of progression and improvement of performance which is only possible with the support and facilities required to improve fitness, skill levels and team performance.

“In line with the aims and ambitions of the club is the effort to obtain what is seen to be the greatest asset to future development and improvement of individual players and teams. This would be to achieve independence with its own playing and training facility.

“This is an ongoing project that requires significant financial support but has the attraction of being a further significant and exciting sports development for the region helping to raise the profile of Eastern Rhinos and any other facility sharing partner.

“The added benefit of obtaining an independent ground would be the opportunity to develop local players to the highest level possible by providing a viable and credible satellite training facility for London Broncos.”

As with many community clubs up and down the country, the Rhinos are reliant on support from donors and sponsors to enable them to keep their membership subscriptions as low as possible.

They work hard to promote the game within the local media, and provide exposure for their sponsors.

“We are not here just to have a bit of fun. Senior training usually (outside of Covid restrictions) sees around 30 players at midweek sessions. The club can field a senior team, a development team (including U18) The U18 alone has 20 plus players and even getting down to U14 the club has the numbers to put out a squad not just a team.

“The message is; don’t write off Rugby league ‘down South’ as a bunch of softies having a bit of a muck about.

“Players prefer RFL to RFU, there has been full representative quality players produced and a growing number of full time professional players making it into the Championship and beyond. The attitude and atmosphere is great.

“So, if you like the sound of visiting the South East then get in touch and we’ll see if we can accommodate your club. Win or lose you’ll be made to feel very welcome and enjoy the trip away from home.”

A new League 1 South competition is set to be in place for 2019 with assurances that it will provide a pathway for clubs to grow organically up the rugby league pyramid. [Read more…]

There is plenty to read, watch and listen to ahead of the new Betfred Super League season starting this weekend. [Read more…]

The new Southern Conference League has been officially launched, and the inaugural Grand Final will be held at the Aldershot Military Stadium in Hampshire in September. [Read more…]