Tony Smith has handed out a lot of debuts in his time as a rugby league head coach, and we have selected the greatest XIII from the list.

The Yorkshireman burst onto the Super League scene as a fresh faced 18-year-old back in March 2005 as he came off the bench in Leeds’ 44-28 defeat to Wakefield at Headingley.

He joined Danny McGuire, Barrie McDermott and Nick Scruton on the bench that day, with the Rhinos drawing in a crowd of 18,257.

Smith went on to make a big name for himself in the game. He scored 71 tries in 159 appearances for hometown club Leeds as well as scoring seven in eight games for England. Smith also enjoyed spells at Wasps, Newcastle Falcons, Wakefield, Leigh and Bradford before hanging up his boots at the end of 2018. 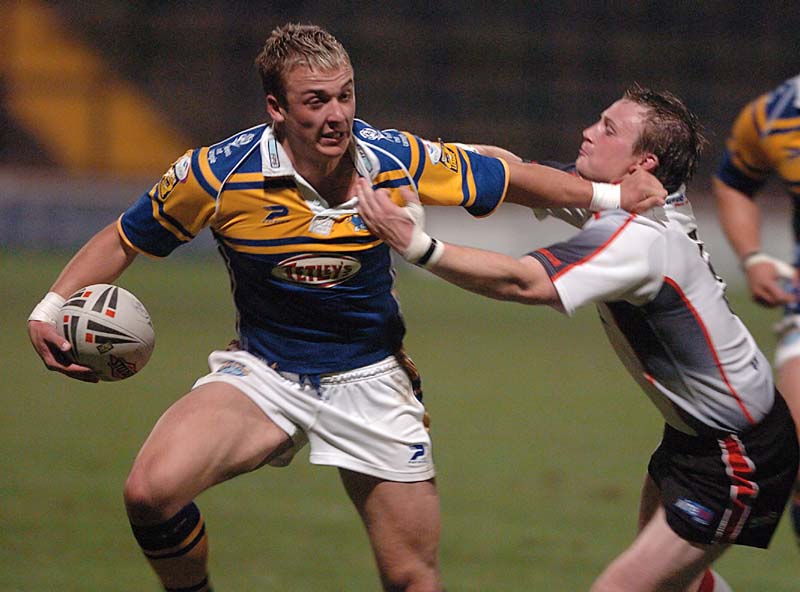 The 29-year-old grew up playing rugby union for Mold RFC and Llanelli Scarlets prior to crossing codes to rugby league. He made his Warrington debut in March 2010 in what was a 46-12 hammering of Crusaders at the Halliwell Jones Stadium.

Williams started on the bench for the Wolves, where he was sat alongside Paul Wood, David Solomona and Vinnie Anderson in the dugout.

The Wrexham-born winger scored 21 tries in 29 games for Warrington, while impressing on loan spells at Crusaders, Castleford and Salford. He spent a season in Australia with Central Queensland Capras in 2014, before joining London Broncos, where he has crossed for 96 tries in 137 games so far.

Williams has earned 26 caps for his native Wales, scoring 21 tries. 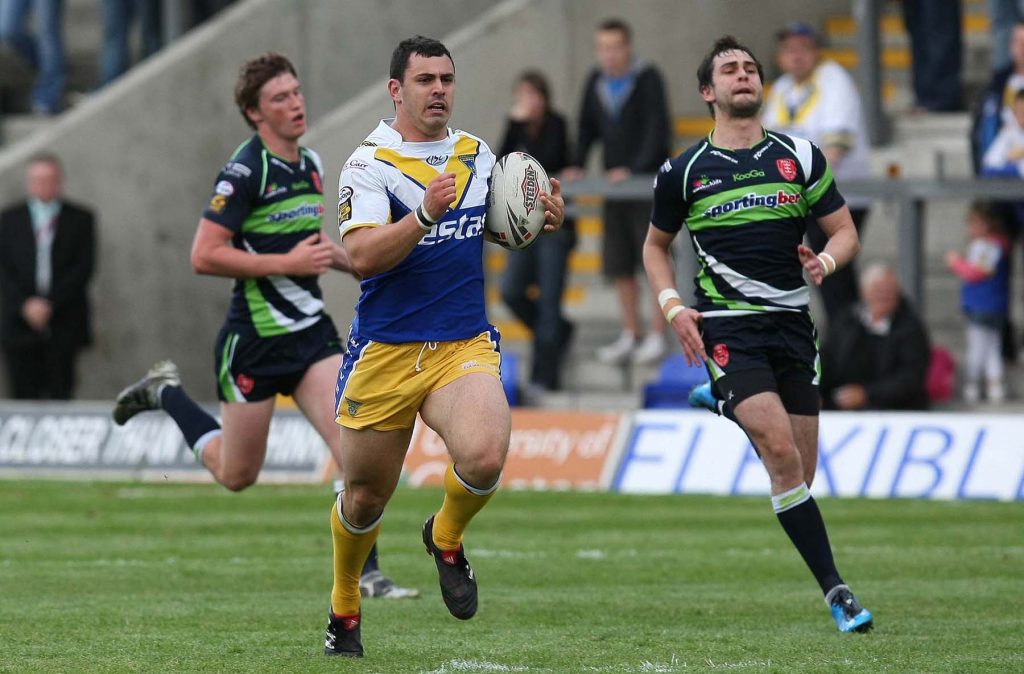 The England Knights international came through the academy at Warrington and made his first-team debut in 2014, helping the Wolves maul London Broncos 72-10 at the Halliwell Jones Stadium.

King failed to get on the scoresheet that day, but he played in a back five that consisted of Matty Russell, Gene Ormsby, Joel Monaghan and Rhys Evans.

After King starred in England Academy’s defeat to the Australian Schoolboys back in 2014, Smith told the Warrington Guardian: “He was a standout from all accounts, which doesn’t surprise me. He’s a very good young player. I’m excited about his future.” 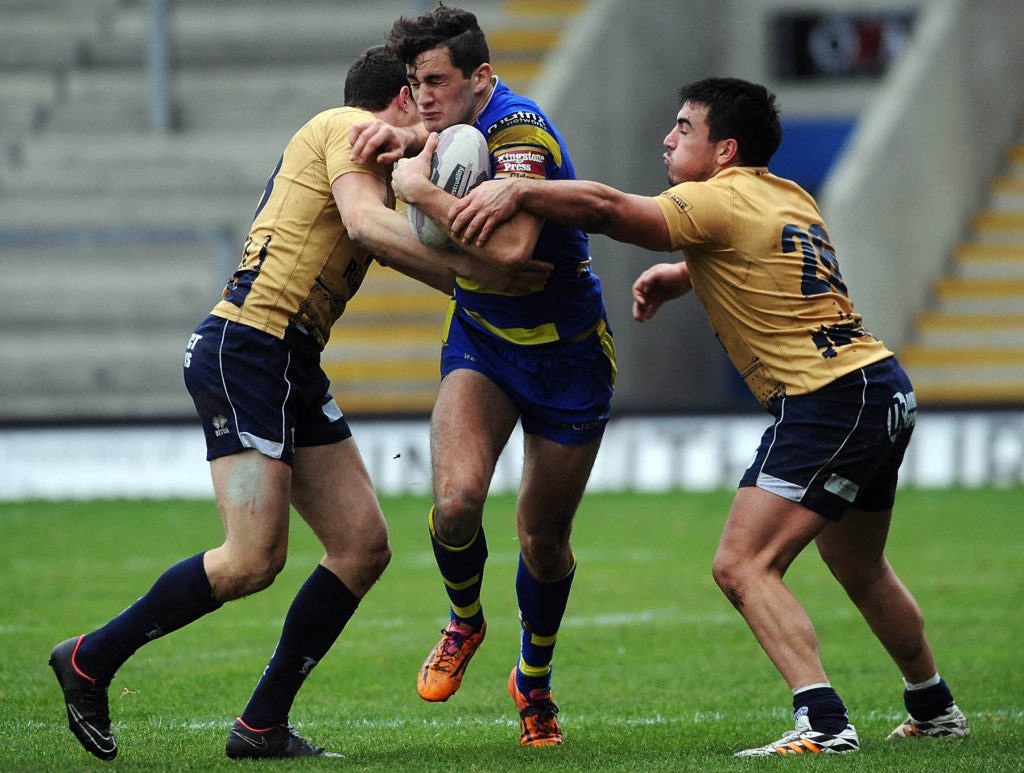 The Wales international, who was born in Bridgend, came through the ranks at Warrington alongside his brother Ben.

Evans made his first-team debut in Warrington’s 36-22 win over Harlequins at the Stoop Memorial Ground in September 2010. He started the game on the bench alongside Micky Higham, Lee Mitchell and Paul Wood. Evans made his starting debut in a 40-24 win over Leeds Rhinos the following season.

On Evans’ starting debut, Smith told The Guardian: “We’ve all been a bit excited by him for some time, biding our time and bringing him through. He’s a good boy, isn’t he?”

The 26-year-old scored 45 tries in 105 games for Warrington, and has gone on to play for Leigh Centurions and Bradford Bulls. 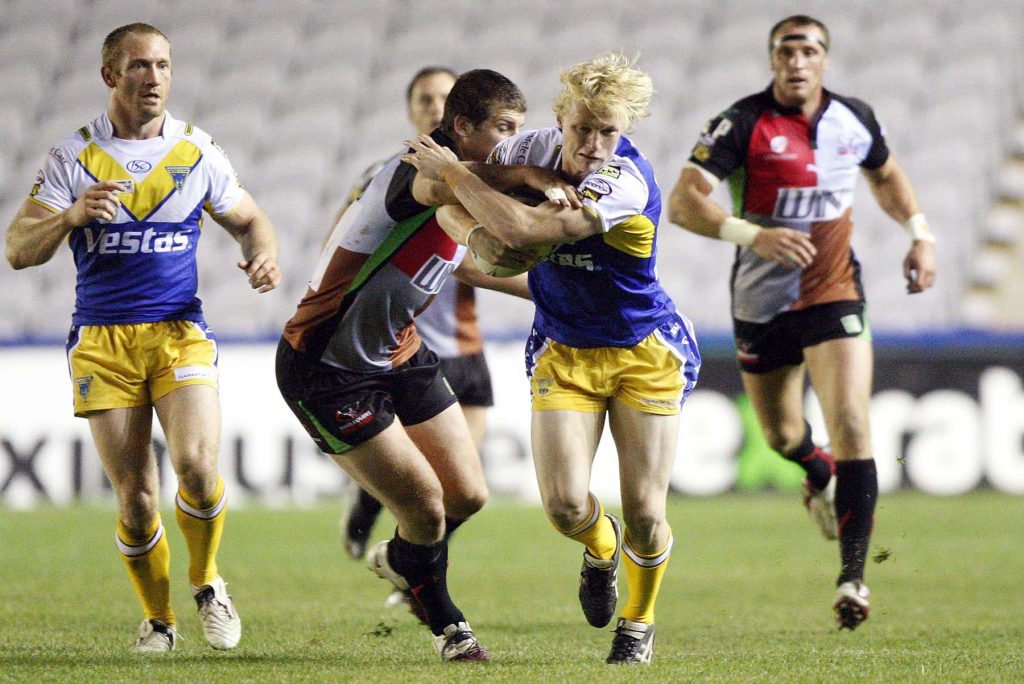 The 31-year-old made his debut for Leeds Rhinos back in 2007 at the Magic Weekend as they beat rivals Bradford Bulls 42-28 at the Millennium Stadium in Cardiff.

Hall is the standout name in this list of who Smith has handed a debut to, with the winger becoming a legend at the Rhinos, scoring 231 tries in 328 games for the Yorkshire club.

The Yorkshireman, who moved to NRL side Sydney Roosters ahead of 2019, is regarded as one of the best wingers in the game, having scored 36 tries in 38 appearances for England on the international stage. 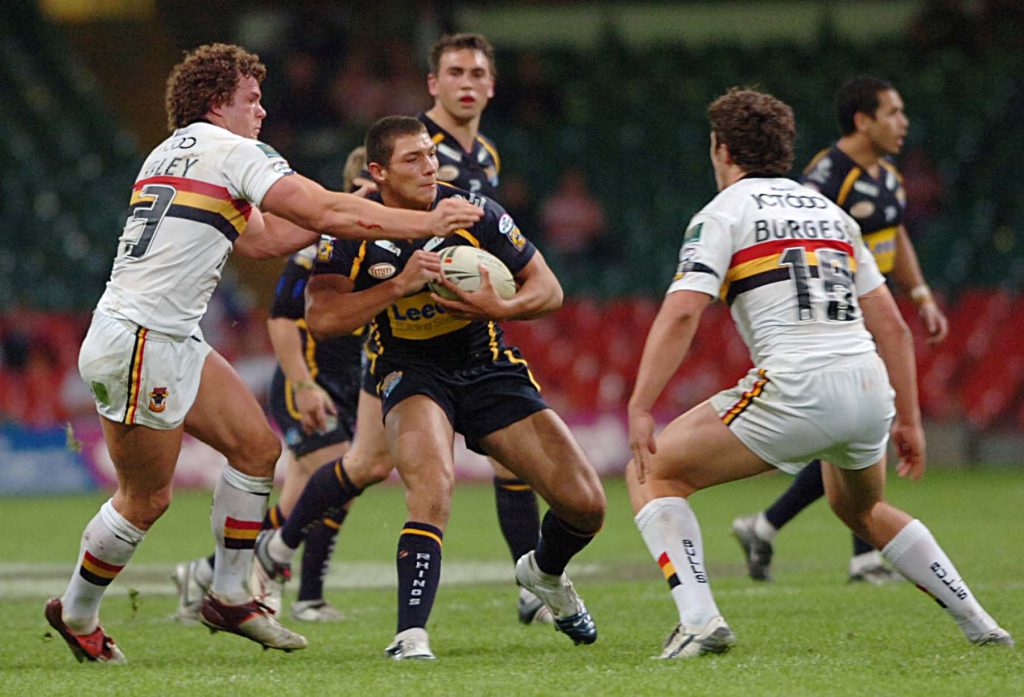 O’Brien burst onto the big stage in 2011 as he scored a try to help Warrington demolish Keighley Cougars 80-0 at the Halliwell Jones Stadium in a Challenge Cup tie.

The 27-year-old was dubbed as ‘the next Lee Briers’ at the Wolves, but it didn’t turn out to be as big a stay as to what some had expected.

He scored 18 tries and kicked 77 goals in 61 games for the Wolves during five seasons at the club, while being loaned out to Widnes Vikings, Swinton Lions, Castleford Tigers and St Helens in that period.

O’Brien left the Wolves for Salford ahead of 2016, where he became a fan favourite. He has been at Championship side Toronto Wolfpack since last year, and he is currently one of the best players in the second tier.

On O’Brien in 2014, Smith told the Warrington Guardian: “He’s a great kid to coach. He’s fantastic. He takes the messages and responds in the way you would hope.” 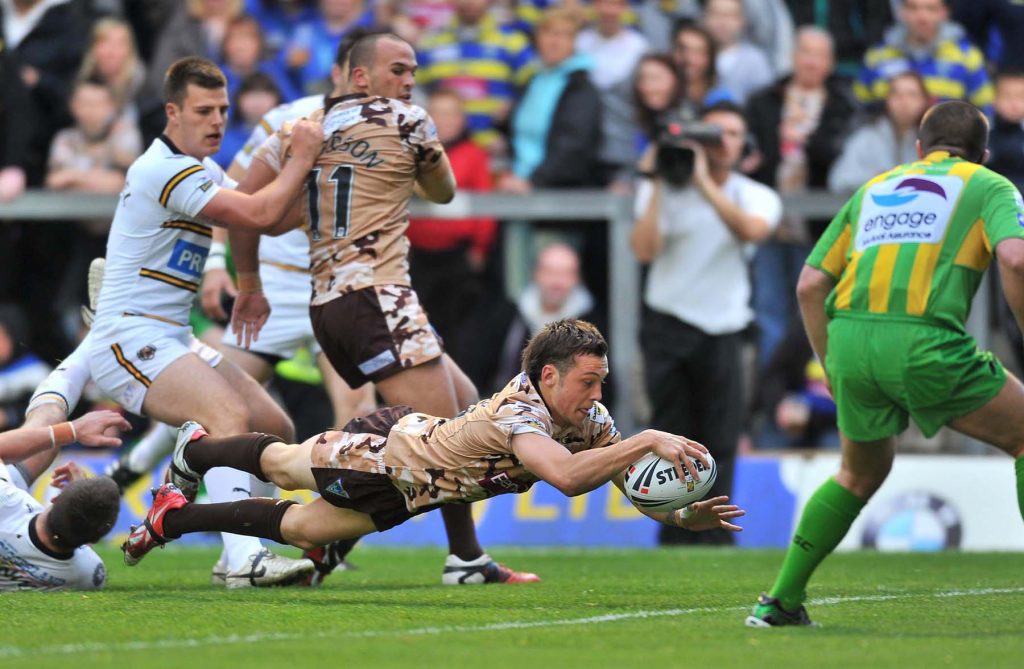 The 23-year-old joined Warrington on a full-time contract in 2015 after being in the Leigh Centurions ranks.

Smith handed Patton his debut in an 80-0 rout over Wakefield Trinity at the Halliwell Jones Stadium back in 2015.

Patton started alongside Richie Myler in the halves that day, and he has gone to make over 80 appearances for his hometown club to date, while also representing England Knights.

On Patton, Smith told the Daily Star: “Without being arrogant, he’s got some of that cockiness that half-backs should have. I think he’ll thrive.” 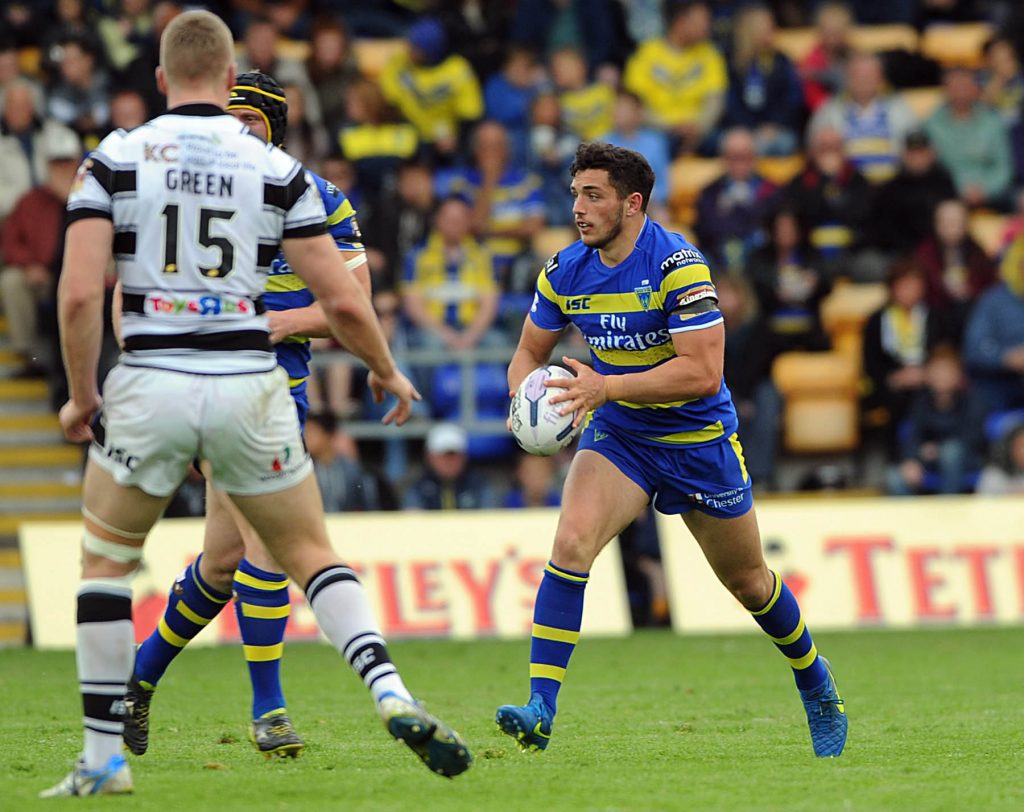 Crabtree, who is the nephew of legendary wrestler Shirley ‘Big Daddy’ Crabtree, signed professional terms with boyhood club Huddersfield Giants when he was 17.

And the former England international made his debut in a 43-12 defeat to London Broncos at The Valley in 2001.

Crabtree started on the bench in the game, alongside Mark Moxon, Richard Marshall and Chris Molyneux. 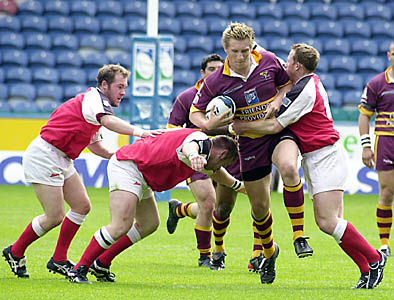 The 26-year-old was given his debut by Smith in 2012. He came off the bench to help Warrington edge past Wakefield 32-30 at the Halliwell Jones Stadium.

Dwyer interchanged with Michael Monaghan and was on the bench alongside Paul Wood, Mike Cooper and Matty Blythe.

The hooker, who hails from Wigan, made 89 appearances for Warrington before joining Leeds Rhinos ahead of the 2018 campaign. He has played 27 games for the Rhinos to date. 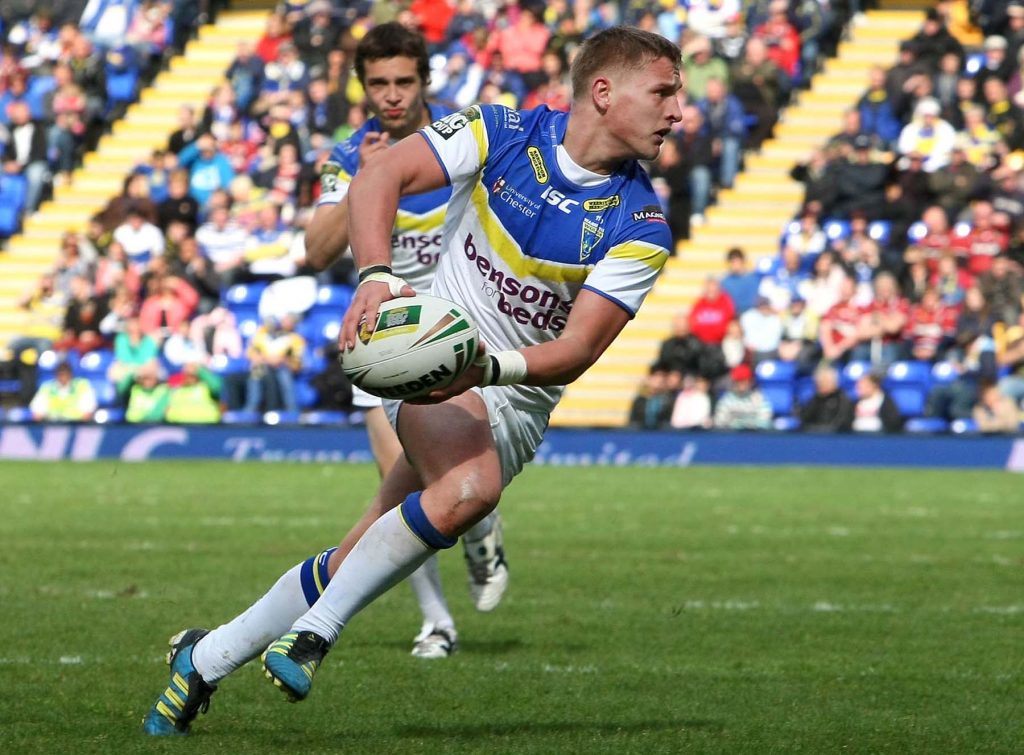 The England Knights international made his first-team debut for Warrington in a 34-4 win over Hull Kingston Rovers at Craven Park in 2014.

Philbin sustained a hip injury on his debut, but returned to first-team action against London Broncos the following month.

He has already made over 100 appearances for his hometown club, despite being just 24 years of age.

Philbin, who represented Ireland at the 2017 World Cup through family heritage, is regarded as one of the best impact players in Super League. 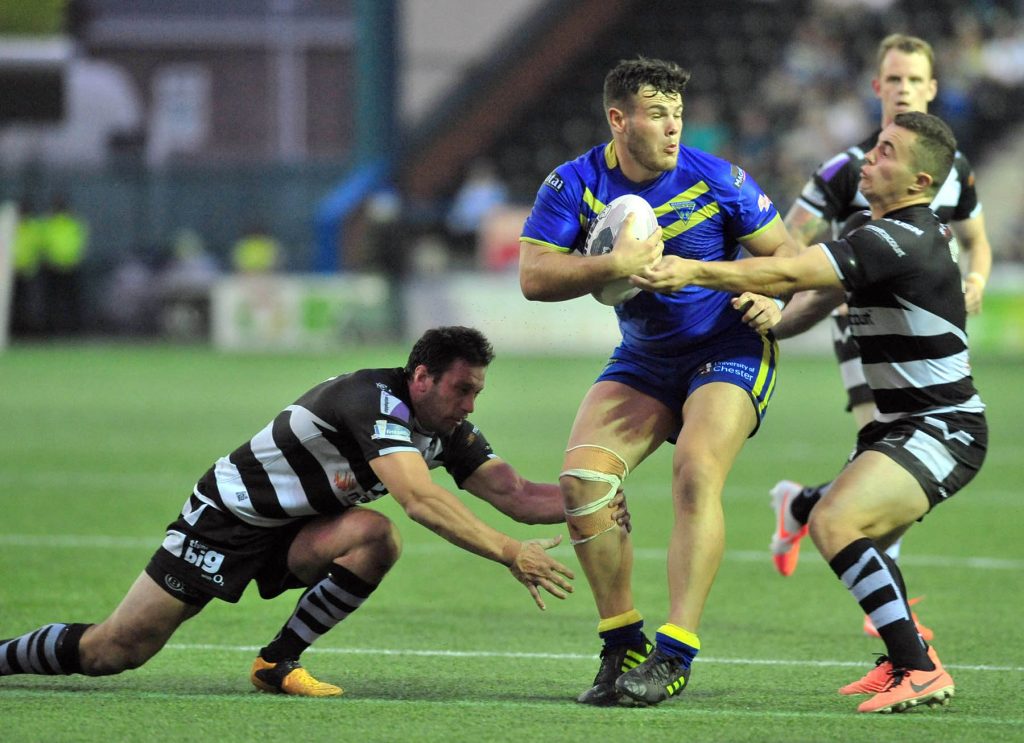 Ablett made his first-team debut for Leeds back in 2004 in what was a 36-36 draw against London Broncos at Griffin Park.

The 33-year-old started the game on the bench, where he was accompanied in the dugout by Jamie Jones-Buchanan, Wayne McDonald and Danny Ward.

Ablett has gone on to become a stalwart for the Rhinos, having made over 320 appearances for the club to date, scoring 77 tries. He also earned six caps for England between 2012-13. 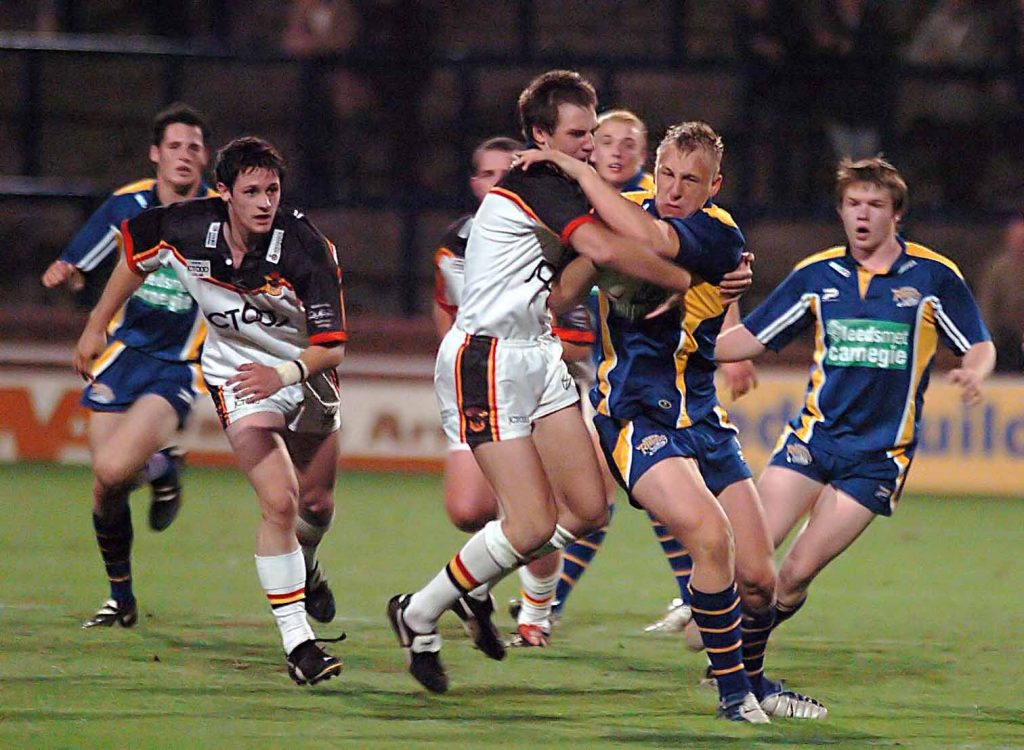 Warrington then bought Currie from rivals Wigan and he made his debut as a 17-year-old for the Wolves back in 2012 in a 46-12 win over neighbours Widnes Vikings.

His impressive performances earned him call-up to Ireland’s World Cup squad in 2013, where he represented family heritage.

Currie has almost played 140 games for the Wolves, and is still only 24. The back-rower played for his country of birth, England, at the 2017 World Cup. 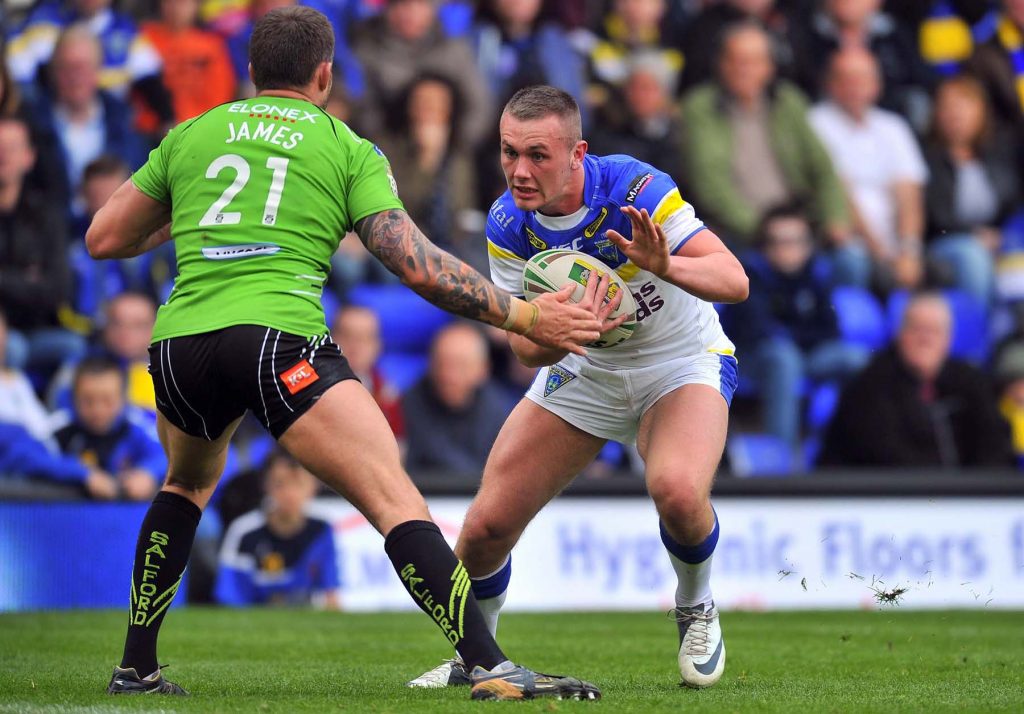 Livett made his first-grade bow for the Wolves in the opening round of the 2017 season as he came of the bench in a 20-12 defeat against Catalans Dragons at the Stade Gilbert Brutus.

The 22-year-old is a fan favourite at the Halliwell Jones Stadium, and his versatility was a good thing for Smith and still is now for coach Steve Price.

Livett has scored 17 tries and kicked 39 goals in 41 appearances for the Wolves os far. He also represented the England Knights on their tour of Papua New Guinea last autumn, while attracting interest from the NRL in 2018. He has a big future in the game. 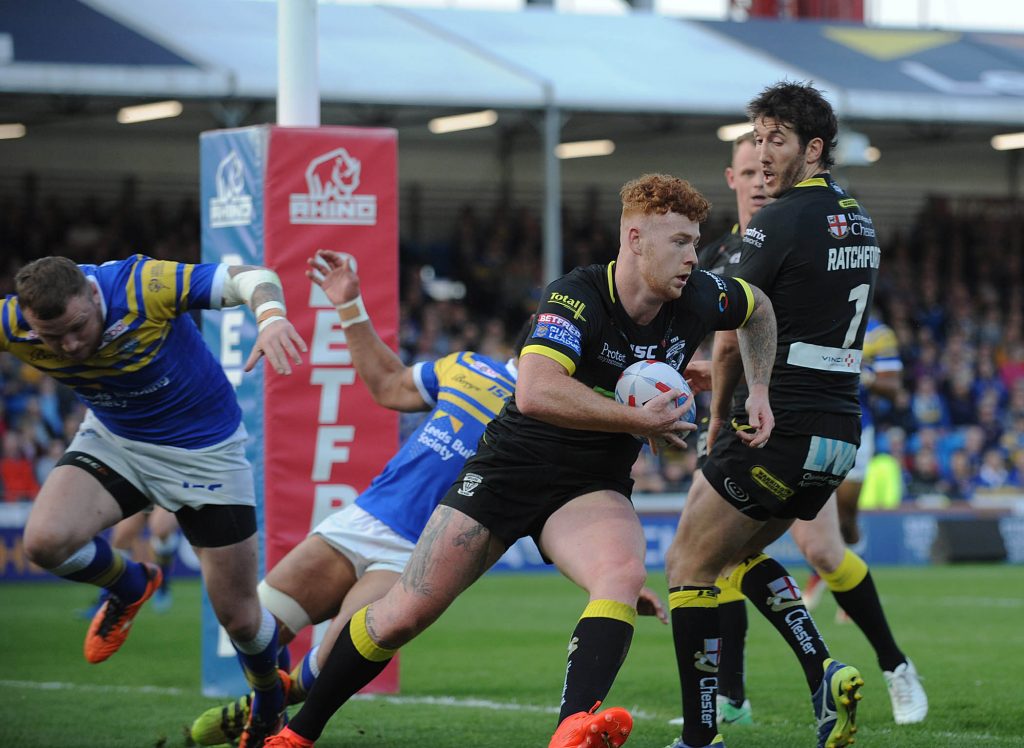 It’s worth noting that Smith also gave debuts to the likes of Sam Wilde, Ashley Gibson, Danny Williams, Jordan Tansey, Matthew Whitaker and Hefin O’Hare in his time as a head coach.