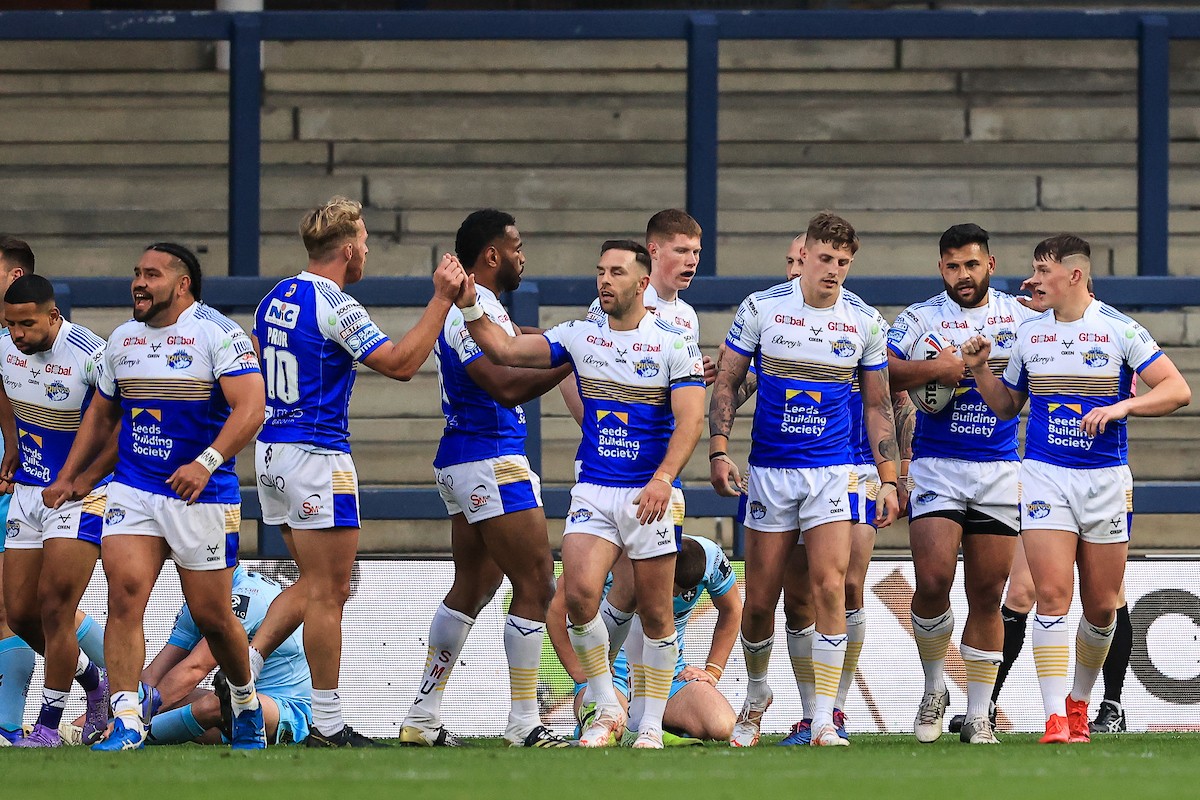 The injury-hit Rhinos were far from perfect, but they got the two points and that’s all that matters.

I was particularly impressed with the performances of youngsters Jarrod O’Connor and Morgan Gannon. They are two players with bright futures ahead of them.

Leeds have a star in the making in Jack Broadbent at full-back. The 19-year-old plays with a wise head on young shoulders, and continues to shine in every game he plays.

Wakefield forward Joe Westerman put in another man of the match display last night and didn’t deserve to be on the losing side.

One of the few remaining traditional ball-playing loose forwards in the game, the 31-year-old has been a joy to watch for Trinity this season.

Westerman is one of the leading players for carries in Super League with 86 to his name, making 641 metres in the first six games of the campaign.

The former England international also has a strong work ethic in defence too, making 213 tackles so far, with the competition’s leader Luke Yates (Huddersfield) being on 255. Westerman has been excellent in 2021 so far.

The deciding moment in the game came in extra-time when Wakefield forward Jay Pitts was penalised for a ball steal on King Vuniyayawa, with Rhyse Martin kicking the match-winning penalty for Leeds. It was a tough call for referee Robert Hicks to make, but it was the right one.

In his post-match press conference, Leeds coach Richard Agar said: “I think it was a penalty – he’s tackled him when he’s on the floor – but it’s debatable what that rule brings to the sport, it’s really messy.”

The new ball steal rule regarding the players peeling off in tackles is hard for referees to judge and it is tough for players at the same time.

In my opinion, it should be changed back and be a one-on-one ball steal only. As fans of the game, what we love to see is the ball being taken in hard and fast but with the new ball steal rule, it could promote the ‘safe’ option of carries rather than the fast and expansive style that we were used to seeing.