A drop goal from Luke Gale saw Leeds clinch the Challenge Cup at Wembley as they beat Salford 17-16 in the final.

It was a final that will be remembered for a number of reasons but it will certainly go down as a Challenge Cup classic. The game had a bit of everything and there wasn’t much separating Salford and Leeds, but the Rhinos deserved the cup and were the slightly better team on the day.

🍾 Let the celebrations begin for @LeedsRhinos…

Richard Agar has worked wonders with Leeds in his time at Headingley and deserves a big amount of credit. He has built a great culture at the club and has got a good blend of youth and experience at the Rhinos.

Salford fans will no doubt be gutted about the end result result but one thing is for certain: they can be very proud of their club and how far they’ve come.

😈 @SalfordDevils cross thanks to the Big Man Pauli Pauli…

There aren’t enough words to describe how much of an incredible job coach Ian Watson has done at the Red Devils. He is one of the best coaches in the game at present and he also deserves a great amount of credit.

The Red Devils have made two major finals in the past two years and are on the rise as a club. They’ve got some brilliant players in their squad and are a great team to watch. 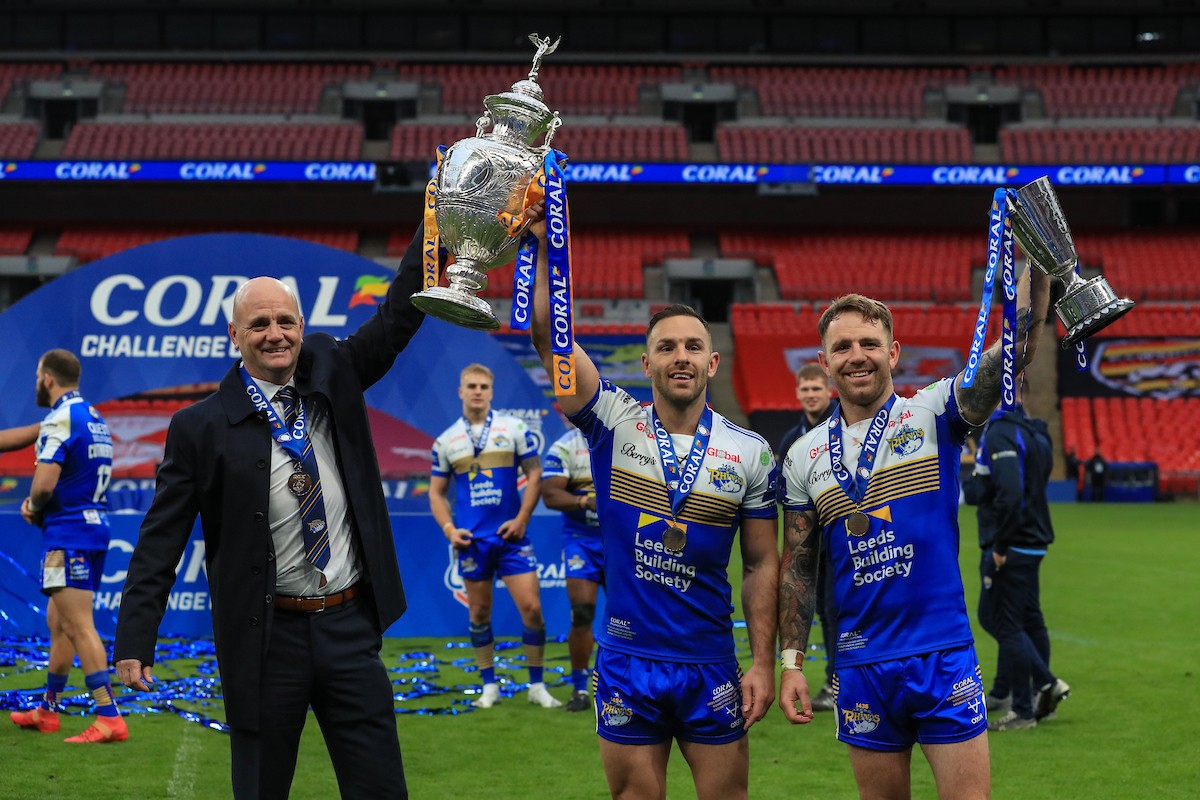 Richie Myler won the Lance Todd Trophy for his man of the match display for Leeds, and it was well-deserved.

The 30-year-old has been exceptional at full-back for Leeds this season and has proved his doubters wrong.

Myler was at the heart of everything the Rhinos did in attack and his link up play in the final was brilliant.