There have been plenty of standout players who were unlucky to miss out on a place in the Super League Dream Team. Here’s a look at an alternative lineup for 2019.

Had Lachlan Coote not had such a sensational opening season in Super League, Evalds will have all-but certainly been handed the number one shirt in the Dream Team. The full-back’s 22 tries in 29 regular season appearances meant he narrowly missed out the Super League top try scorer award, but he still managed to pass 100 tries for the Red Devils with a hat-trick against London back in August. 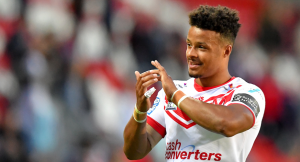 After enjoying his most breathtaking year to date, Grace can count himself unfortunate not to be named as the sixth St Helens player in this year’s line-up. A near ever-present for Justin Holbrook’s side, Grace scored 22 tries in 33 games in all competitions and produced 101 tackle busts. However, Grace’s season is not yet over, as he has been named in the provisional 23-man squad for Wales’ upcoming Nines World Cup campaign.

Having been a regular component of the Warriors backline throughout 2019, Gildart has cemented himself as one of the best ball carriers currently operating in the British game. He has made 403 carries – more than any other centre in 2019 – averaged over 8m per run and bust the line on 88 occasions – not bad for a 23-year-old with plenty of development still to come. 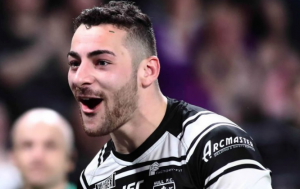 This is sure to be one that splits opinion, but when he is on form, Connor can be one of the most devastating players in the competition. His disciplinary record is much publicised – he has the joint-highest number of yellow cards (3) of any player this season – but he is still an undeniable wealth of talent. He epitomised his quality with a spectacular three-assist performance against Castleford back in June, and hopefully, Connor’s inclusion in the Great Britain train-on squad will be a timely reminder that, with hard work and an improved attitude, he can mix it with the very best. 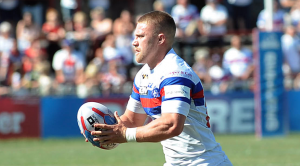 Having seen his exit from Wakefield confirmed late last month, there will undoubtedly be several suitors waiting to acquire the services of the supremely talented Hampshire. The Trinity winger amassed 14 tries and 14 assists in 29 Super League games, signing off his time at the Mobile Rocket Stadium with a two-try performance to help his previous employers retain Super League status.

Another member of Saints’ impressive backline in 2019, it seems that Lomax got lost amidst the headlines, despite racking up a combined 37 tries and assists in Super League up to now! Having ousted 2018’s breakthrough star Danny Richardson in the halves, Lomax has made the number six position his own, using his game management and maturity to give his more flambuoyant team-mates the freedom to strut their stuff.

In his final year in Super League before jetting off to join the Canberra Raiders Down Under, Williams has caught the eye with a serious of mature displays, but it still wasn’t enough to displace Blake Austin and Jackson Hastings – the man brought in to replace him in 2020 – in the Dream Team halves. The 24-year-old isn’t immune from making errors, but that is because he never shirks the responsibility of trying to make things happen when a play looks dead and buried. Expect Williams to be a real success in the NRL next season. 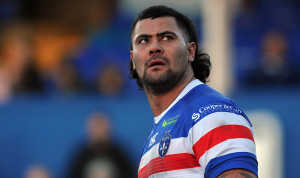 Had two separate injuries not halted Fifita’s excellent run of form this campaign, he could have been a real contender for a starting prop berth in the actual Dream Team. Fifita made 141 tackle busts – bettered only by Salford’s Josh Jones and Wigan’s Zak Hardaker – and produced a whopping 311 carries in his 22 appearances. Having been forced to watch from the sidelines in recent weeks, expect Fifita to come with renewed vigour and motivation in 2020. 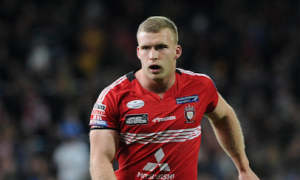 He may have been partially overshadowed by the likes of the aforementioned Hastings and Tui Lolohea in a creative sense, but Lussick’s impact on this Red Devils side mustn’t be underestimated. From hooker, the 23-year-old managed 12 tries and 13 assists and was chosen as Salford’s Young Player of the Year for 2019. If he can bring his ‘A game’ to Old Trafford this weekend, Ian Watson’s will have more than a chance of lifting silverware.

Despite seeing London relegated to the second division at the first time of asking, it didn’t stop Yates from enjoying an excellent debut year in Super League. Signed from NRL side Newcastle, the 24-year-old proved to be a full-blooded tackling machine, making 1,211 tackles and 222 marker tackles – second only in Super League to Hull FC’s Danny Houghton in both categories. They may have fallen at the final hurdle in their pursuit of a second consecutive year in Super League, but it would be remiss of us to not commend at least one Broncos player after the season they’ve had. 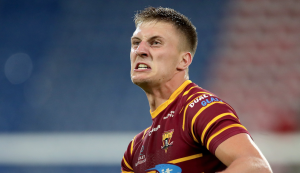 Mellor has been rewarded with a move to Leeds in 2020 after developing into one of the most talented Huddersfield forwards of 2019. His run of five tries in four games during April certainly raised his profile slightly, but Giants fans know that his willingness to put his body on the line was one of his main attributes, rather than his try-scoring prowess. Mellor’s departure will be a tough one for Huddersfield to take, and Head Coach Simon Woolford knows he has left very big shoes to fill. 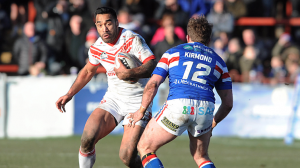 He just doesn’t seem to have had a bad season since arriving at the Totally Wicked Stadium in 2017, has he? Despite being 34 years of age and coming towards the latter stages of his playing career, Taia has still made just shy of 2,350 metres – don’t bet against his reaching the 2,500 mark before the end of the season – and has used his impressive offload game to enable the free-scoring Saints to fire on all cylinders. 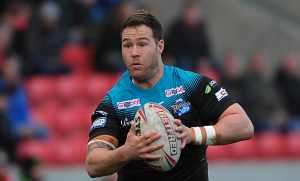 Having endured a slightly shaky start to life at Headingley, Merrin grew into the player everyone expected him to be, helping steer Leeds away from the relegated battle in its dying stages. The Super League leader for average gain per carry (7.48m), Merrin has been a real leader in a largely misfiring Rhinos pack, but with talk persisting about the 29-year-old seeking a move back home on compassionate grounds, Merrin’s in England could be about to come to an abrupt halt.