There were some excellent performances in round ten of Super League, but who made our latest Team of the Week? 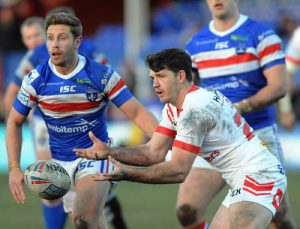 Scored 14 points as the Saints made a real statement to the rest of Super League on Friday night. The 29-year-old produced a delightful switch of play in the build-up to Mark Percival’s try and picked up an assist for Matty Lees’ try with a superb, swirling high kick that had Stefan Ratchford bamboozled.

Exploited a tired Warrington defence to pick up a sensational long-range score in the second half. Grace made an average of 17m per carry and broke the line of five occasions. He managed to keep opposing winger Josh Charnley quiet for the duration, which is certainly no mean feat. With more performances like this, could a Great Britain place be beckoning for the Welshman?

Built upon last weekend’s treble against former club Salford with a match-defining brace at the Stade Gilbert Brutus as Catalans picked up their first win in Perpignan since 2016. Was the beneficiary of some Danny Houghton improvisation for his first try, before latching onto a Marc Sneyd grubber in the second half.

Opened the scoring for St Helens after Warrington had hit the front through Blake Austin. Percival wasn’t necessarily a shining light, but rather did all the hard work with very little fuss, averaging 8m per carry and breaking the line four times.

Picked up another hat-trick to take his record to eight tries in his last three matches. Burgess made 160m, broke the defensive line 10 times and made an average gain of 12m, but it still wasn’t enough to prevent the Warriors from suffering a seventh defeat of the season.

Picked up a try and assists during yet another scintillating performance from Saints’ senior half-back. He jinked his way past three defenders on the way to scoring, and was also credited with an assist for Grace’s second-half score. To top it all off, Lomax made 93m and four tackle busts. With consistency like this, you get the feeling that it Danny Richardson, Jack Welsby and Theo Fages are purely competing for the right to accompany him in the halves. 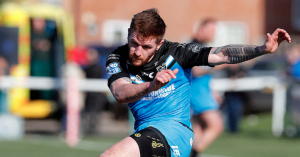 Orchestrated the play for Lee Radford’s side throughout their game on Saturday and showed real composure to pick up his second golden-point drop-goal of the season. He may not have lit up the stats board, yet Sneyd led from the front, something which was especially important with Connor Wynne making just his second appearance and Jack Brown on debut.

It’s probably getting a little boring seeing the same name in the team-of-the-week time after time – unless you’re a Wakefield fan! Fifita produced a superb break to set up Max Jowitt at the end of the first half, made 168m and helped out in defence with 29 tackles, all while playing the entire 80 minutes. It’s little wonder that he tops the Steve Prescott MBE Man of Steel rankings at present.

Was one of the few shining lights for Warrington, as he always seems to be in the high-pressure games. The 26-year-old produced a season-high 45 tackles from hooker, played the full 80 minutes and showed real tenacity for his early second-half score.

Stepped up to the mark and acted as a real leader, given the likes of Jacques O’Neill and debutant Daniel Smith on the bench. Watts made 131m from his 19 carries, at an average of 7m per run. He also muscled up in defence when required, making a huge 41 tackles.

Scored a game-changing treble to inspire Simon Woolford’s side to victory on Thursday. He was the beneficiary of some real creativity by Matty Frawley and Lee Gaskell – who were both excellent – but oozed the class and composure of a man really getting to grips with the weekly demands of Super League. 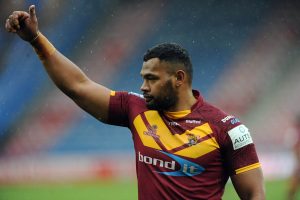 Was part of a forward pack that put Castleford to the sword and helped grind out a hard-fought win. Ta’ai produced a season-high 36 tackles and 18 carries, making 131m in the process. In addition, his five tackle busts has only been matched twice this season, against Warrington and Wigan.

Bagged his third try of the season from close-range to really deflate Warrington when they were already a man down. Aside from his barnstorming scoring exploits, LMS made three tackle busts and helped add some level-headedness in such a high-pressure battle at the top.