There were some excellent performances in round eight of Super League, but who made our latest Team of the Week?

The Wolves full-back is linking up superbly with Blake Austin and Dec Patton to form a lethal spine. Ratchford notched two assists, produced two tackle busts and made 91m in a superb performance at the KCOM Stadium.

Super League’s top try scorer was another standout performer and was the beneficiary of some excellent work from the Wolves halves. The former Wigan winger bagged a treble to take his tally to 10 in eight games in 2019. 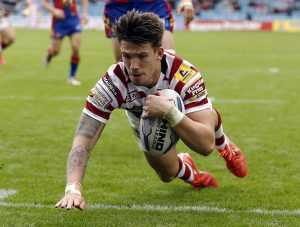 As well as scoring a try during the Warriors’ rampant victory over Catalans, Gildart made a whopping 322m, breaking the line three times with an average gain of 17m per carry.

Hurrell has forged an impressive partnership with winger Ash Handley this year and demonstrated that once again on Thursday night. The 27-year-old set up a try, scored himself and made 131m in the process. He and Handley now have a combined 14 tries in 2019; you get the feeling that this partnership will only grow as time goes on.

Burgess was the star of the show for Wigan at the DW Stadium, scoring a hat-trick against admittedly-poor opposition. He looked like the winger of old after missing the majority of 2018 with an ACL injury. As well as his try, he made an impressive six tackle busts, averaging 12m per carry. 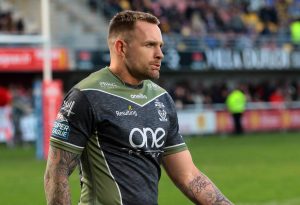 There are too many superlatives that could be used to describe Blake Austin’s performance for the Wolves last Friday. He was in a class of his own, orchestrating the play throughout and picking up four tries in a process. Despite being on the end of some rough treatment early on, the former Canberra star continued to shine and bamboozled the Hull FC defence with his sleight of hand.

Sammut produced his best performance in a Warriors jersey to date and seems to be gelling a little more with George Williams now. The 32-year-old broke the line eight times, while his jinking solo effort was one of the highlights of the weekend.

Saints’ star front-rower stepped up to the plate for Justin Holbrook on Friday and more than made up for the absence of Alex Walmsley and Zeb Taia. The 23-year-old made 194m across his 20 carries and dominated the middle of the park when his side were on the ropes at times.

Continued with his excellent showings this weekend with yet another stellar performance against Hull FC. Clark broke the line to score in the first half and picked up two further assists. In addition, the former Steve Prescott MBE Man of Steel winner ran for 83m and muscled up in defence with 21 tackles.

Capitalised on a Salford mistake to pick up his third try of the season for Trinity. Teams cannot afford to give the rampaging forward an inch; his season-high 11 tackle busts speak for themselves, and he is one of the main reasons why Wakefield finished the weekend in the top four.

Regardless of whether he either plays at second-row or centre, the Australian seems to be acclimatising to Super League with every passing game. Linnett scored twice and made 89m, while breaking the line on three occasions. 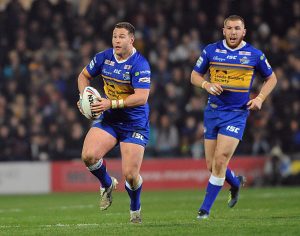 After picking up some criticism in recent weeks, Merrin answered back in superb fashion. Aside from muscling his way over from close range, the 29-year-old made 128m from his 18 carries and also contributed in defence with an impressive 39 tackles.

It looked like Huddersfield’s trip to the capital could be a potential stumbling block, but Ikahihifo ensured that wasn’t the case. He overpowered three Broncos defenders to cross in the first half, and broke the line a further four times during an impressive outing.