Some Super League clubs have seen plenty of change since the turn of the year, and some will see different goal-kickers.

Here, we look at all of the Super League clubs, and see who is likely to kick the goals for them in 2022. 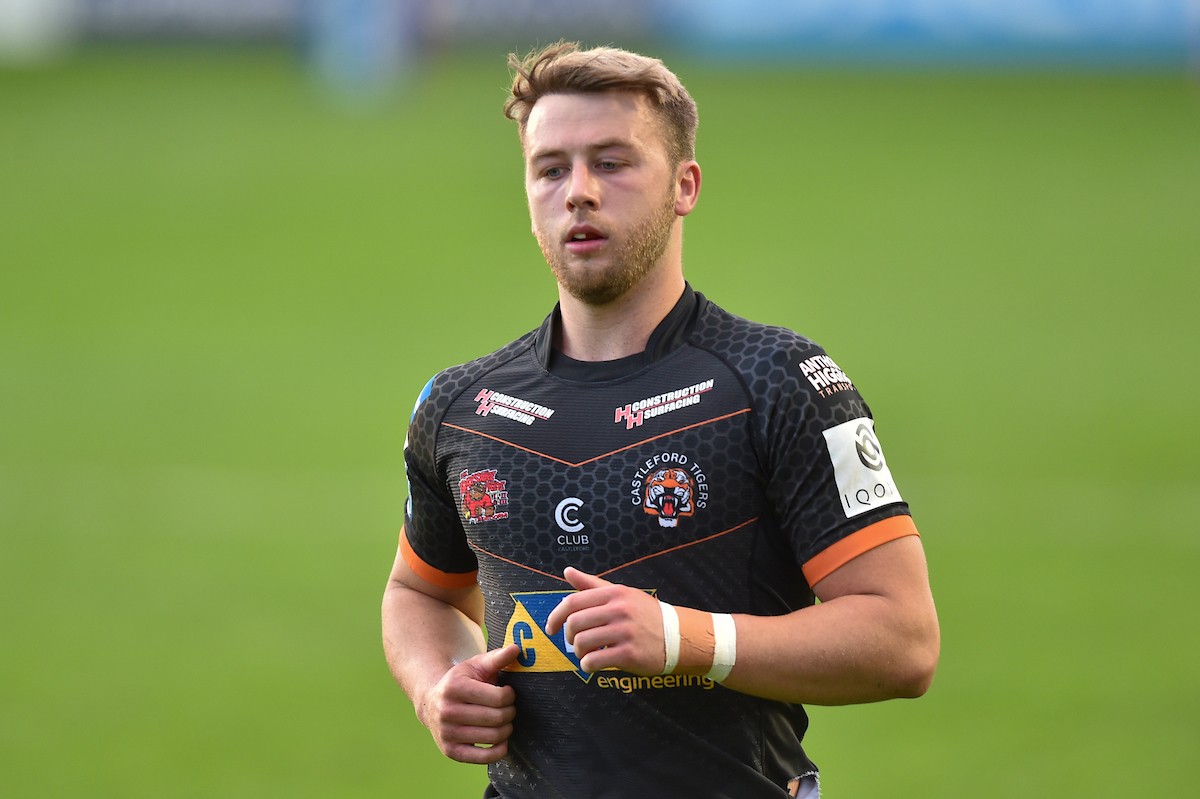 Danny Richardson has been the main kicker for the Tigers since moving from St Helens ahead of the 2020 season. He has an impressive record, only failing to score in two matches he has played in for the club. He has scored over 100 goals for the club across all competitions. Back in 2018, he was the Super League’s top points scorer when he kicked goals for the Saints.

Following the departure of James Maloney, Sam Tomkins would be the next natural choice for the Dragons. When Maloney was not on the pitch over the last couple of seasons, Tomkins has stepped up and taken the goals. Before then, he kicked 77 goals for the Dragons in 2019.

Will Pryce proved to be a man of many talents when he burst onto the scene last year. He also proved he could kick the goals for Huddersfield when needed. He kicked 14 goals for Huddersfield in 2021, with only Aidan Sezer, who has departed for Leeds, and Olly Russell scoring more. But with Pryce seemingly set for a bigger role this year, he will probably take the responsibility.

After Marc Sneyd left the club to return to Salford, Hull turned to Luke Gale to fill the void. The 2017 Man of Steel went to Leeds after kicking 350 goals for Castleford and was key to their rise up the table. At Leeds, they had Rhyse Martin who kicked the goals, but when Martin was unavailable, Gale proved a worthy deputy. The Black and Whites also have another option in the shape of Jake Connor.

Lachlan Coote has been top points scorer in the Super League for two of the last three seasons. His goal-kicking helped St Helens on their way to three straight Super League titles. He is a probable choice of goal-kicker for Hull KR, but they also have Jordan Abdull, who recently kicked a perfect record in pre-season.

Martin came over to the Rhinos in the middle of the 2019 season, and has been on goal-kicking duties ever since. The Papua New Guinea international set out his stall as one of Super League’s most accurate kickers during that time. 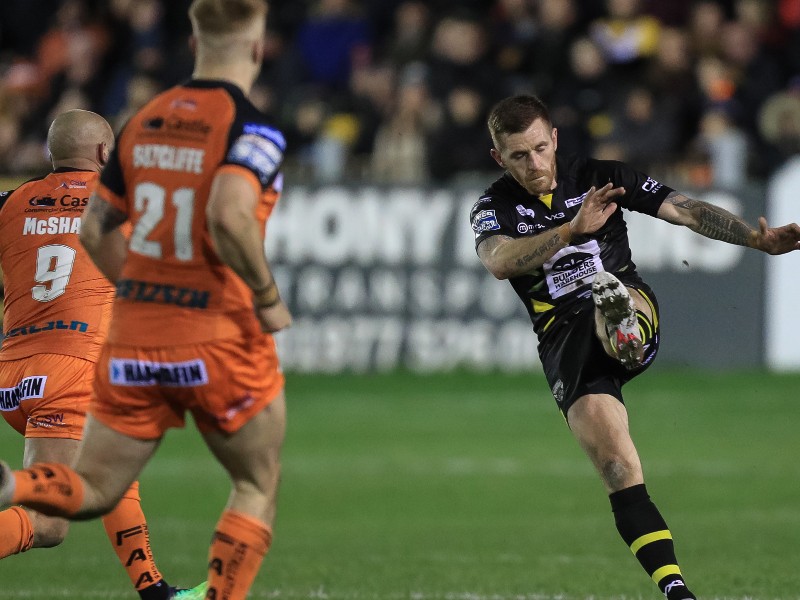 The Lance Todd Trophy winning half-back returns to the club where it all started for him in 2022. He returns to Salford having won two Challenge Cups and been an integral part of the Hull FC side since a permanent transfer from Salford ahead of the 2015 season. 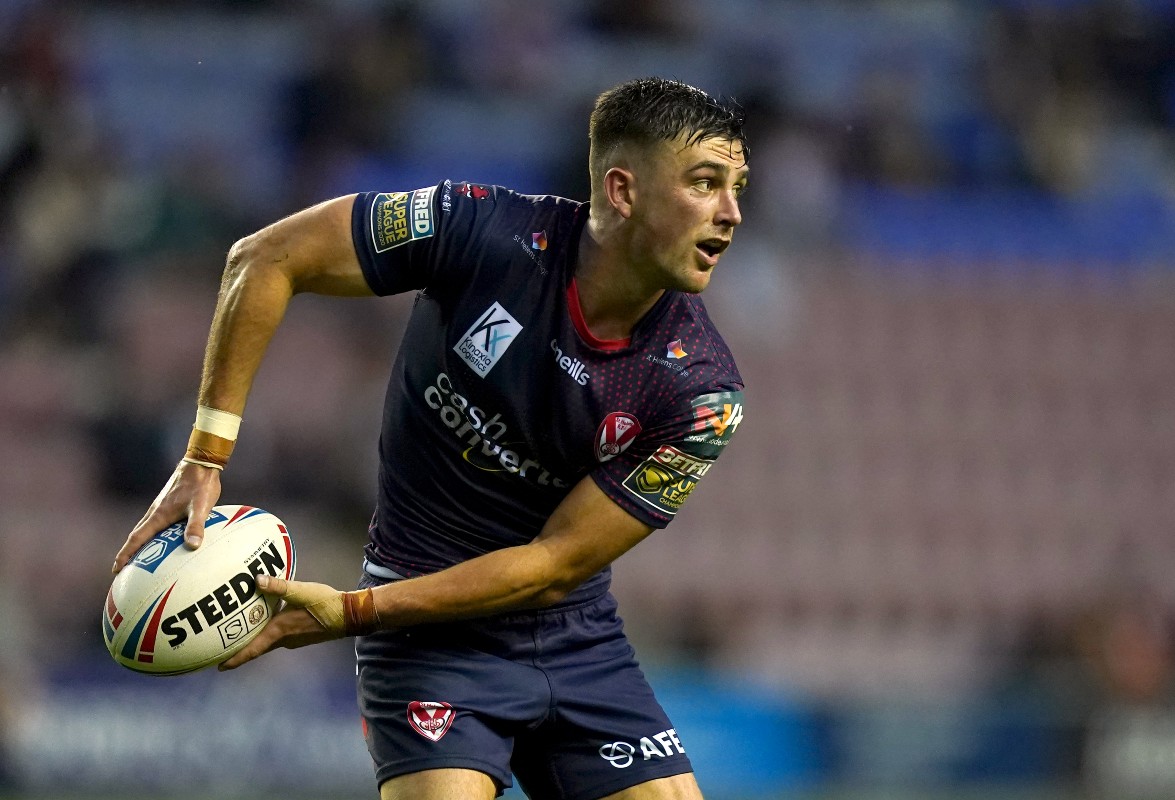 Whilst Lachlan Coote departed for Hull KR, Saints will have been on the lookout for a goal-kicker. Going from their pre-season game against Leigh, Lewis Dodd will probably get a chance to be the main kicker. If that does not work out, they also potentially have Tommy Makinson and Mark Percival who have kicked goals in the past.

Whilst it may have been an uncertain off-season in terms of Kheirallah’s future, he now looks set to stay at the club. Last season, he was their main kicker, which included seven goals in their play-off final win against Featherstone back in October. If he is to stay, he will undoubtedly be their kicker. Should his situation not improve, then they can turn to Chris Hankinson, who was the main kicker for London in 2021. 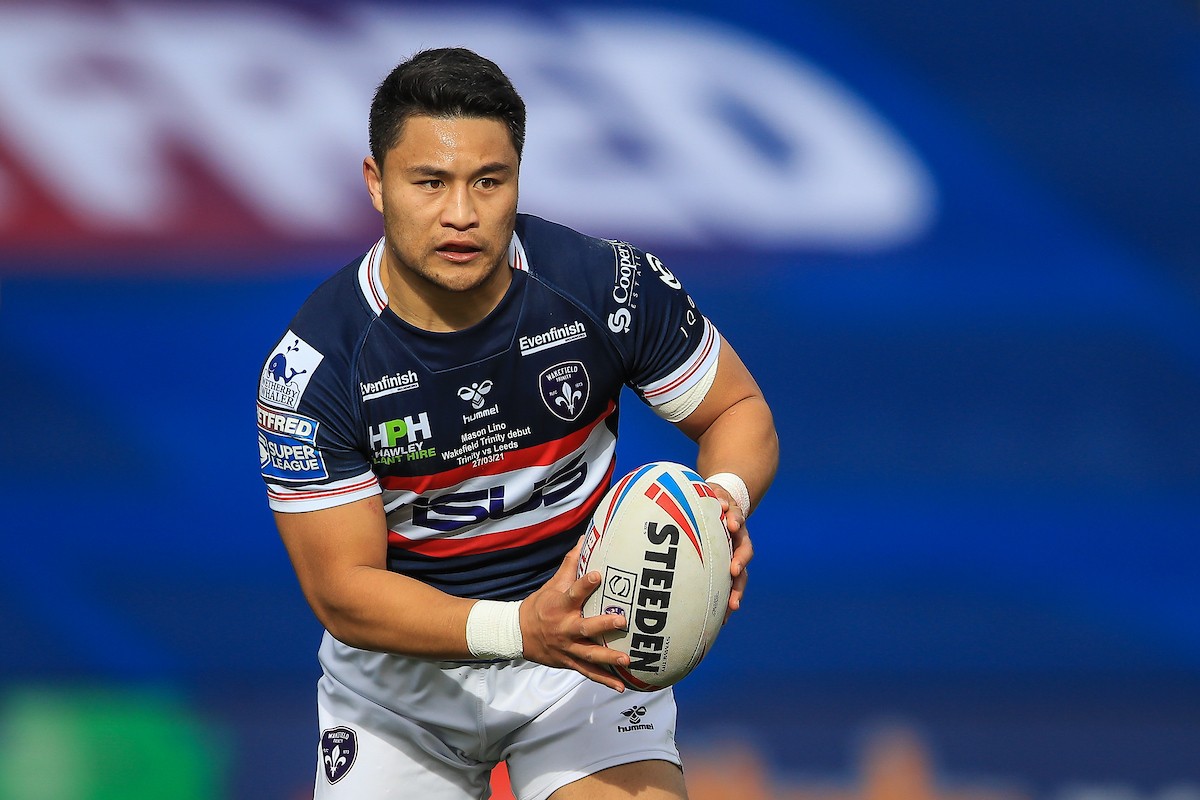 Mason Lino arrived at the club ahead of the 2021 season from Newcastle in the NRL. He kicked 76 goals for Trinity and scored in every game he played in. With that kind of form, it would be hard to see him not carrying on this year. 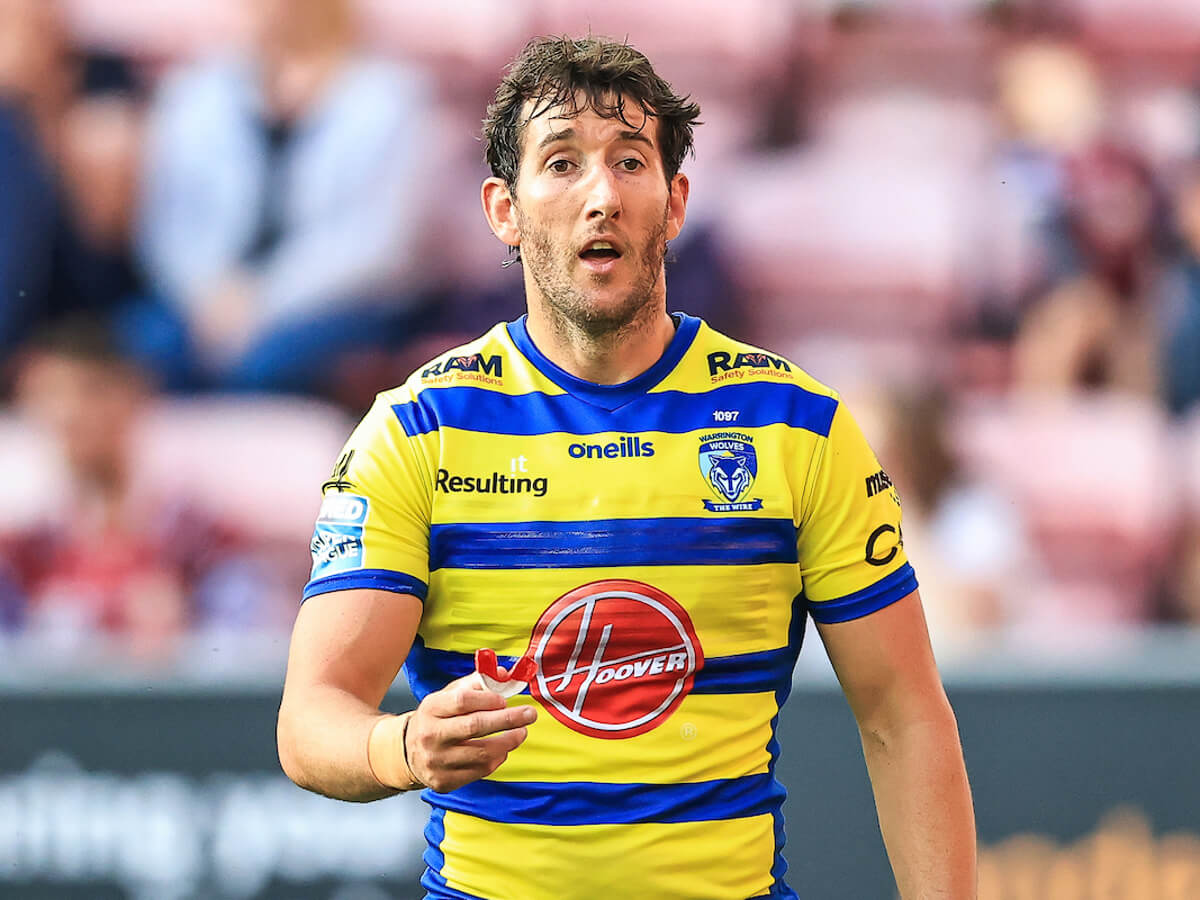 Warrington have a couple of options for kickers in 2022, but the most consistent would be Ratchford. He kicked 75 goals for the Wire last year. Ratchford has been kicking goals consistently for Warrington since 2013. Should he not be available however, they have George Williams, Gareth Widdop and Peter Mata’utia who are all capable of kicking goals as well. 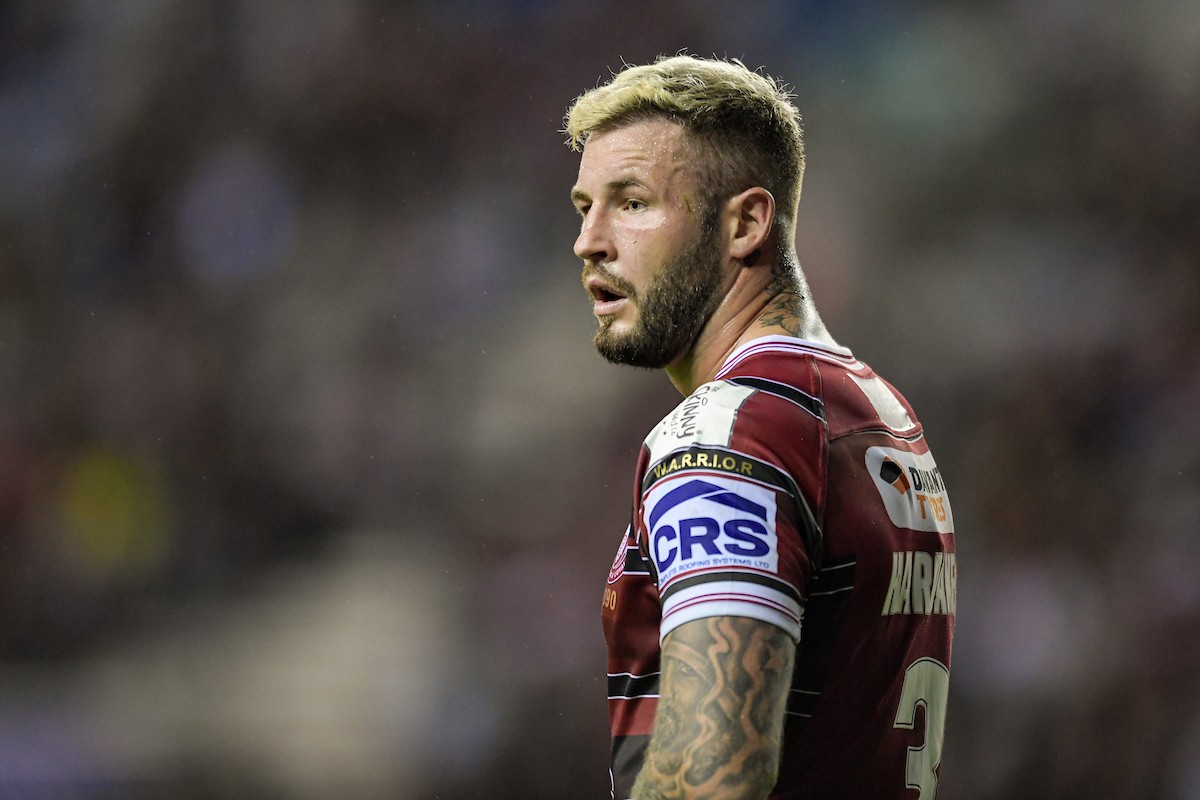 Zak Hardaker has been kicking goals for Wigan since arriving at the club ahead of the 2019 season. 2021 saw the responsibility shared with Harry Smith, who could also get a chance to get the role permanently this season. In total, Hardaker has kicked just under 200 goals for the club. Jai Field has also been kicking in pre-season.