Two NRL matches were interrupted at the weekend by pitch invasions, with both offenders now facing prosecution.

A female pitch invader at the Gold Coast Titans game against Parramatta Eels was brought back down to earth with a bump by a heavy handed steward.

His actions prompted criticism, with one club official calling the reaction over the top.

A streaker has been crash tackled during an NRL match between the @GCTitans and the @TheParraEels on the Gold Coast. Dramatic video of the takedown has also emerged sparking calls for a review into the actions of the security guard. https://t.co/OF81oZXOfr #NRL #7NEWS pic.twitter.com/lsdwfKtyli

Mitchell Moses can be seen in the background in shock at the collision.

Titans chairman Dennis Watt told News Corp: “There needs to be a review of what happened.

“From where I was sitting it did seem heavy-handed. It could have been handled better. You heard this collective intake of breath around the ground. It did seem over the top and it put the intruder at real physical risk. 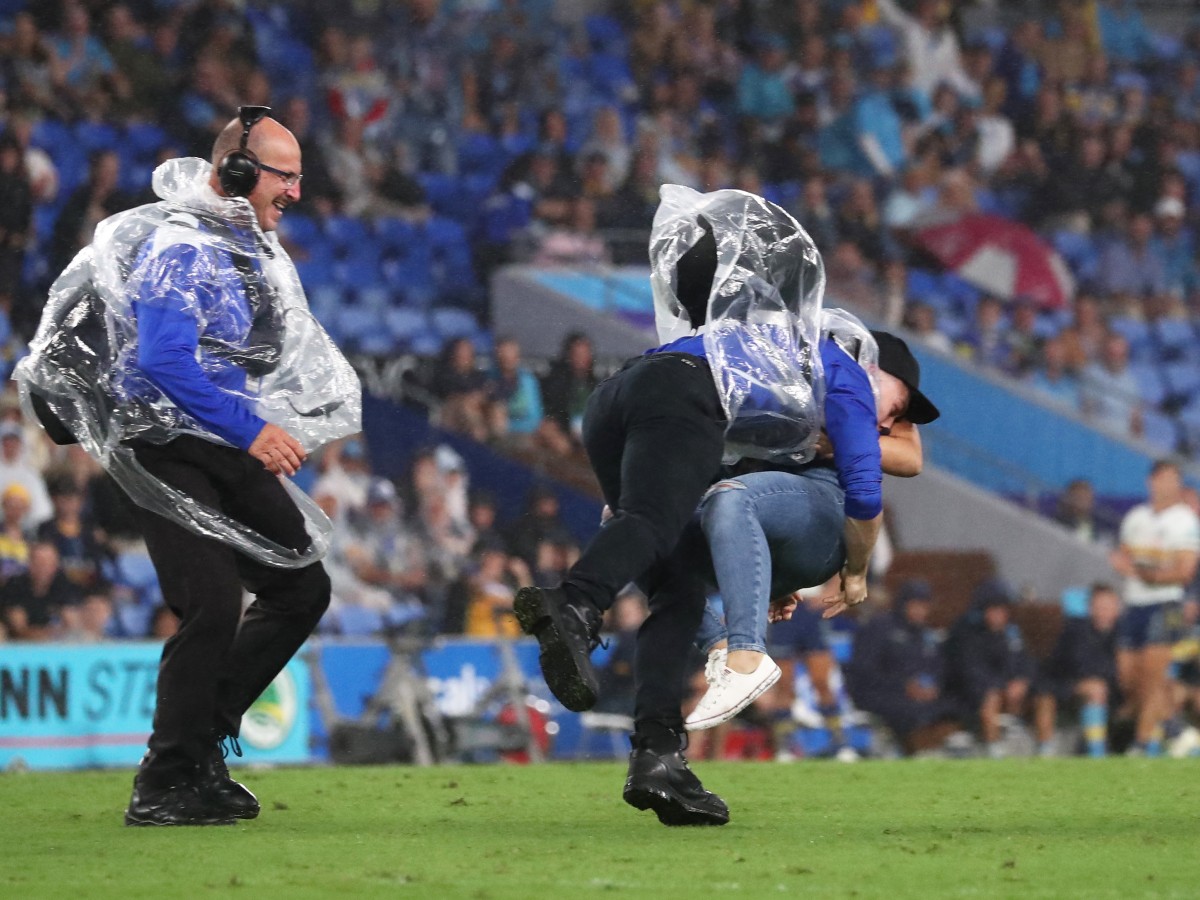 “In general security does a very good job protecting fans and the players. The people who run the ground do a fantastic job.

“However, on this occasion, the fan could have been contained more easily than that without the risk of injury.” 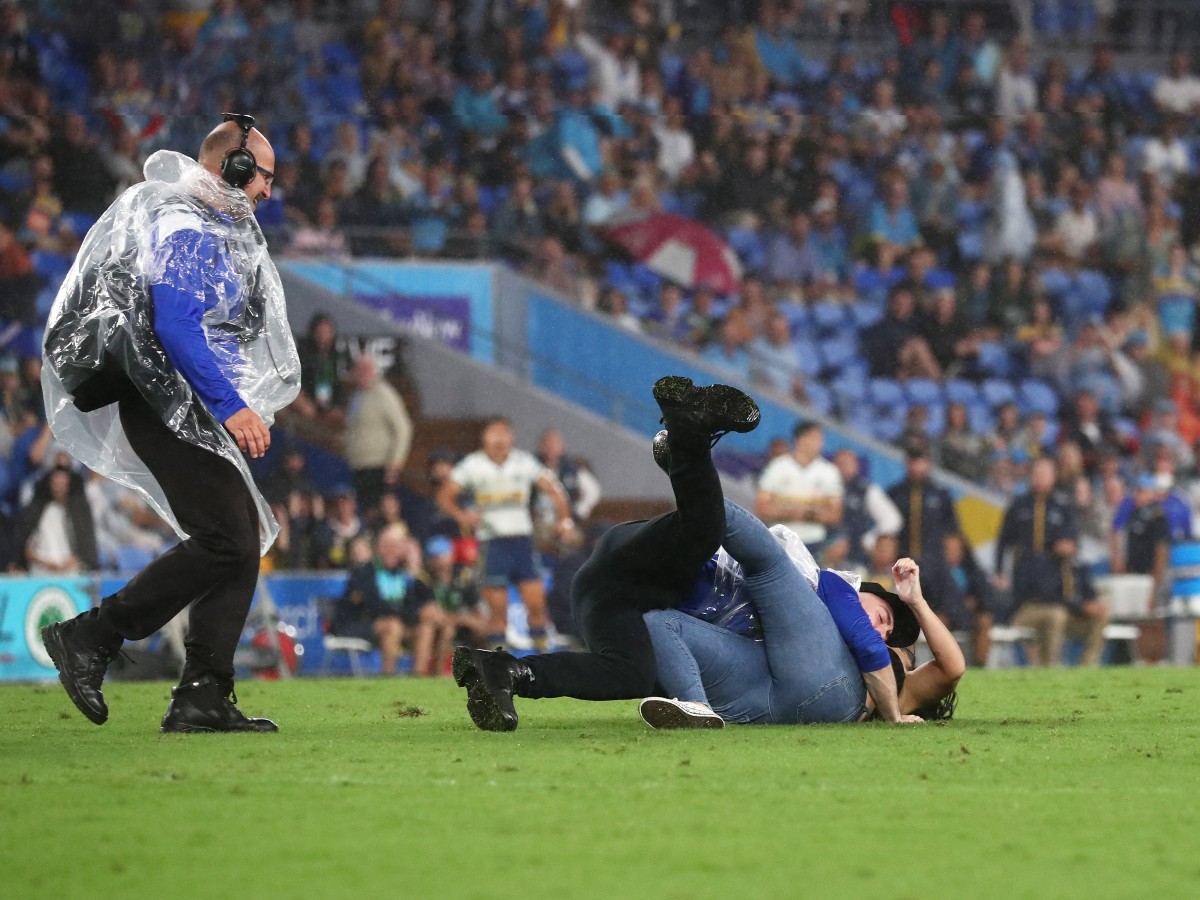 The invader, identified by the Australian press as Javon Johanson, is facing a life ban.

Johanson said in the Daily Mail: “I used to play AFL and rugby and I have three brothers, so getting tackled was not a problem.

“It’s been a bucket list thing and when your friends say, ‘I dare you to do it’, you don’t actually think you’re going to do it. It was such a surreal, out-of-body experience.”

Meanwhile, the game between Wests Tigers and Cronulla Sharks was interrupted by four invasions.

One pitch invader carrying a flare has subsequently been sentenced to three months in prison.

The man who disrupted an @NRL game in Woolooware yesterday is facing court. He ran onto the field during the @cronullasharks / @WestsTigers match stopping the game as he approached players with a lit flare. https://t.co/OF81oZXOfr #NRL #7NEWS pic.twitter.com/2xKeUo7KiE

He was charged with entering enclosed land without a lawful excuse and possessing a bright light distress signal in a public place. 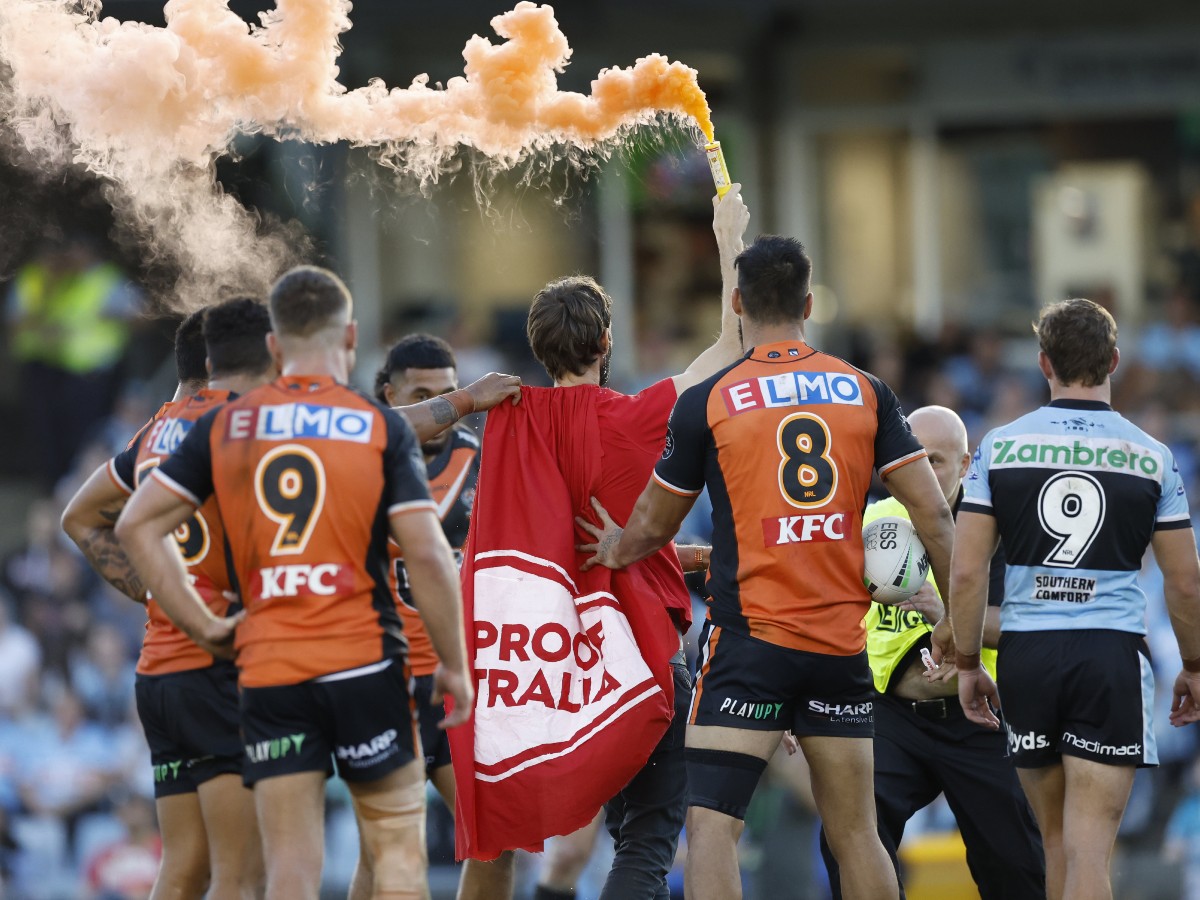 The first invader was draped in a red “Fireproof Australia” banner.

Shortly after he had been removed, three other spectators entered the pitch. 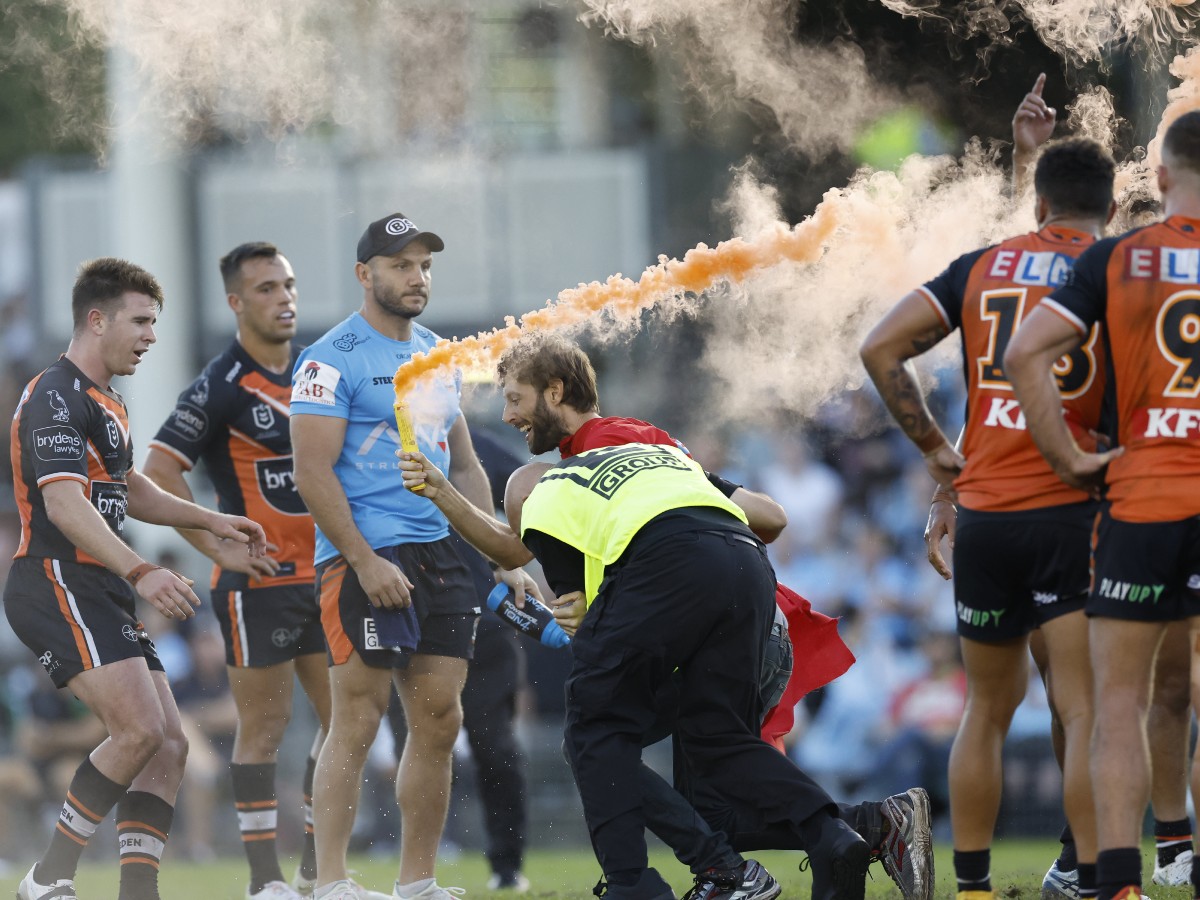 NRL chiefs have stated they will take action once it could identify the pitch invaders, and support police if they wish to take action.

Graham Annesley, the NRL’s head of competitions, said: “Clearly what happened was not something that we would like to see happen again.

“If we can identify offenders and clearly in a couple of cases we can, we will ban them from NRL games. We have the ability to do that.

“They are breaking the law by invading the pitch like that. We would clearly be supportive of any prosecutions that the police might launch.” 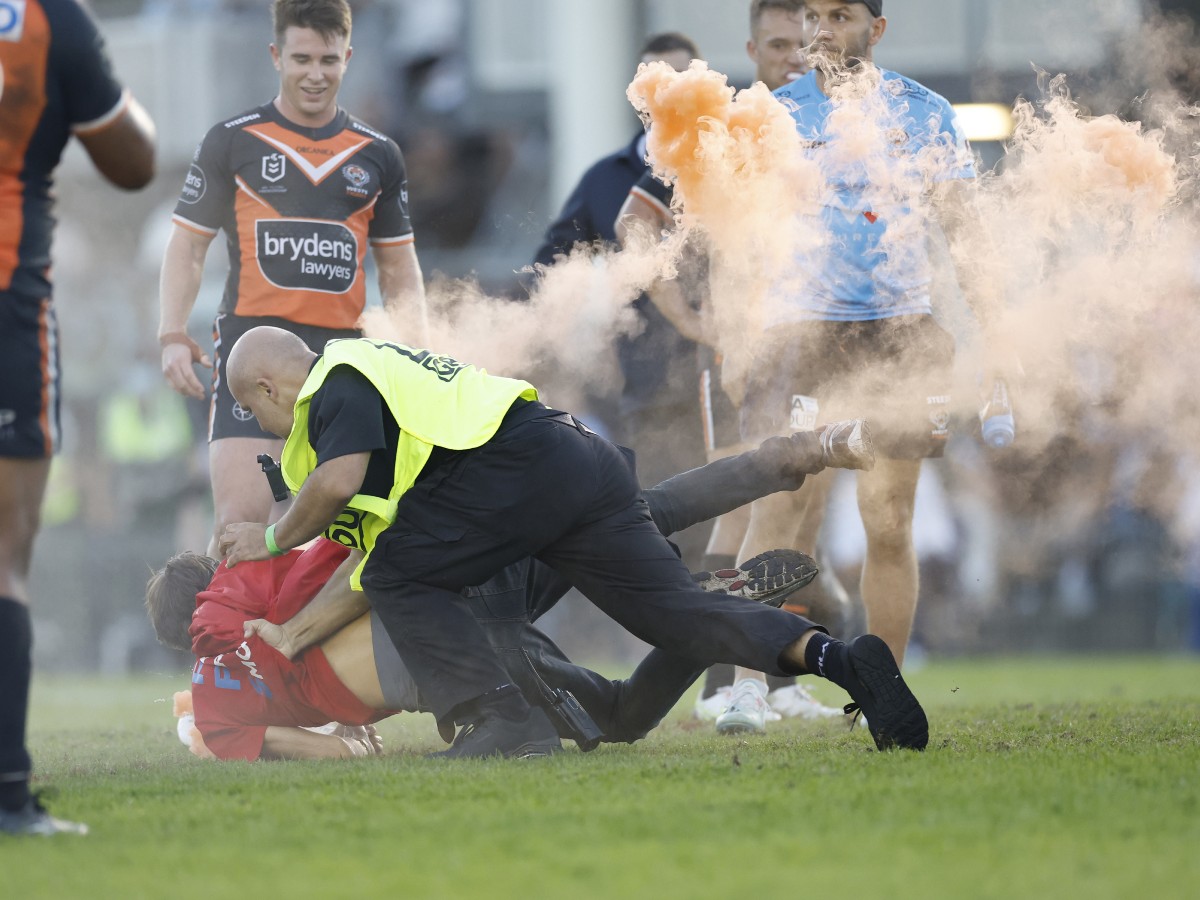