Catalans coach Steve McNamara has welcomed the decision to expand the Super League play-offs to the top six and would like the system to remain in place for next year.

Organisers cut the series from the top five to two semi-final shoot-outs during a mid-season re-structure caused by the coronavirus pandemic and were forced to re-organise it again when a fresh outbreak of cases created further havoc with the regular campaign.

The late changes means McNamara’s old club Hull, who finished sixth, will kick off the play-offs at third-placed Warrington on Thursday while the fourth-placed Dragons take on Leeds in another sudden-death tie 24 hours later.

“The biggest thing is the clarity it’s given the competition now,” McNamara said. “There was so many unknowns for everybody.

“As it pans out, for me top six is the right decision, I’m a big believer in it. I think it’s something we need to look into for next year as well.

“In a 12-team competition, 50% of the teams make the play-offs and I think next year when every pound and every euro is going to be essential, keeping the interest in the game is massive.

“I really like the fact that Hull FC didn’t have a great start but now find their form and are a real threat in this competition.

“That’s why the play-off system is set up, so that the team in the best form at the end of the competition wins it. It’s not necessarily the team that’s been the most consistent, if you want that, you go back to first past the post.

“I know the reasons we went to five originally and then into four but I think six is the right balance.” 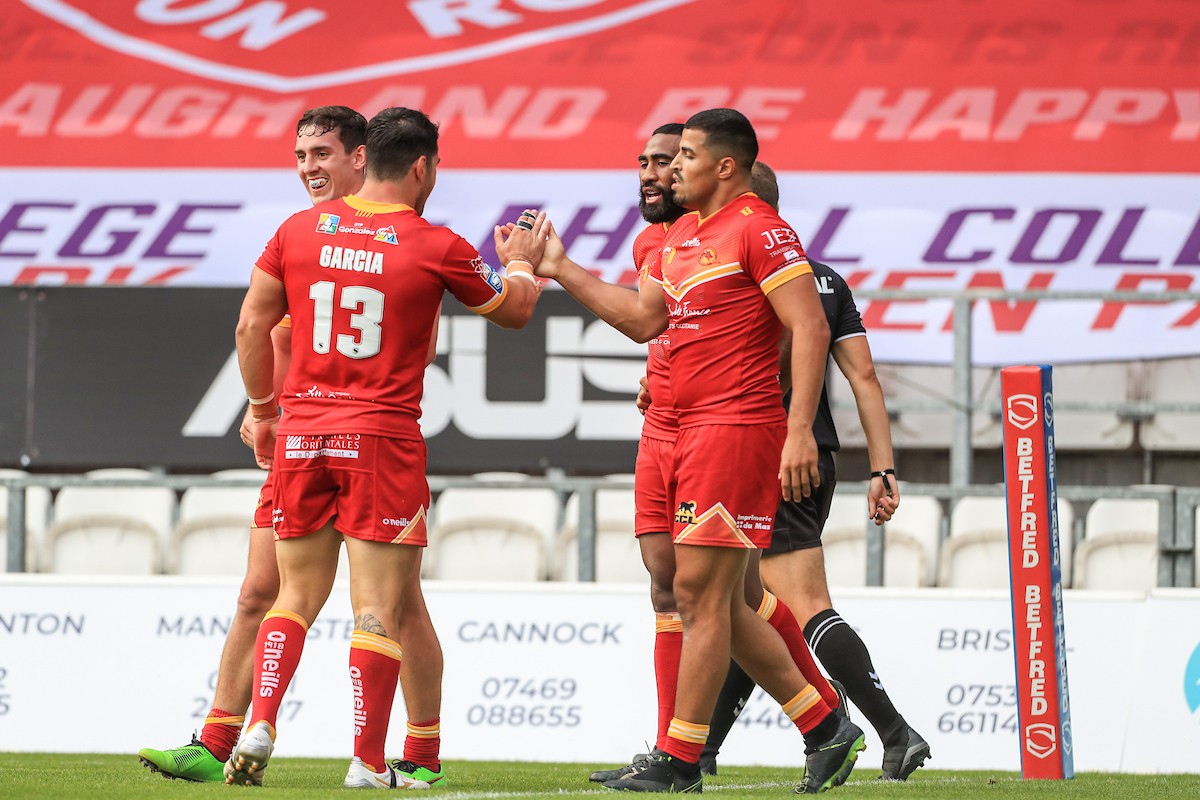 The Dragons have played only once in the last month due to a spate of Covid-19 cases but their latest round of tests all came back negative, reducing the prospects of seventh-placed Huddersfield stepping in at the last minute.

By finishing fourth, the French club would normally qualify for a home tie but it will be played at Warrington and McNamara says his players are simply happy to be still competing for the big prize.

“We feel it could be done, there’s no reason for it not to be done, but we respect the decision that’s been made,” he said.

“We were led to believe there wouldn’t be home ties for anybody but obviously Warrington, Wigan and Saints have them. It isn’t a problem, we’ve a great game to look forward to.

“We’re excited to be in the play-offs. It’s the first time the club has been there since 2014 so there’s a real sense of anticipation.”