Catalans coach Steve McNamara has resisted the temptation to seek some inside information on the opposition as he faces the prospect of going up against his son!

Half-back Ben McNamara, 18, who made his Hull debut earlier this month, has been recalled to coach Andy Last’s 21-man squad for Thursday’s Super League clash with the Dragons in Perpignan.

McNamara spoke to his son shortly after the squad announcement on Tuesday lunchtime but restricted the conversation purely to family matters.

“It will be good to see him because I’ve not seen him for 14 or 15 weeks but, in terms of what Hull decide to do with their team and whether he plays or not, I’ve told him to keep that to himself, that’s Hull’s business and his business.

“If he ends up on the field, then we’ll deal with it then.

“I’m certainly not going to use it to try and find any information about them.” 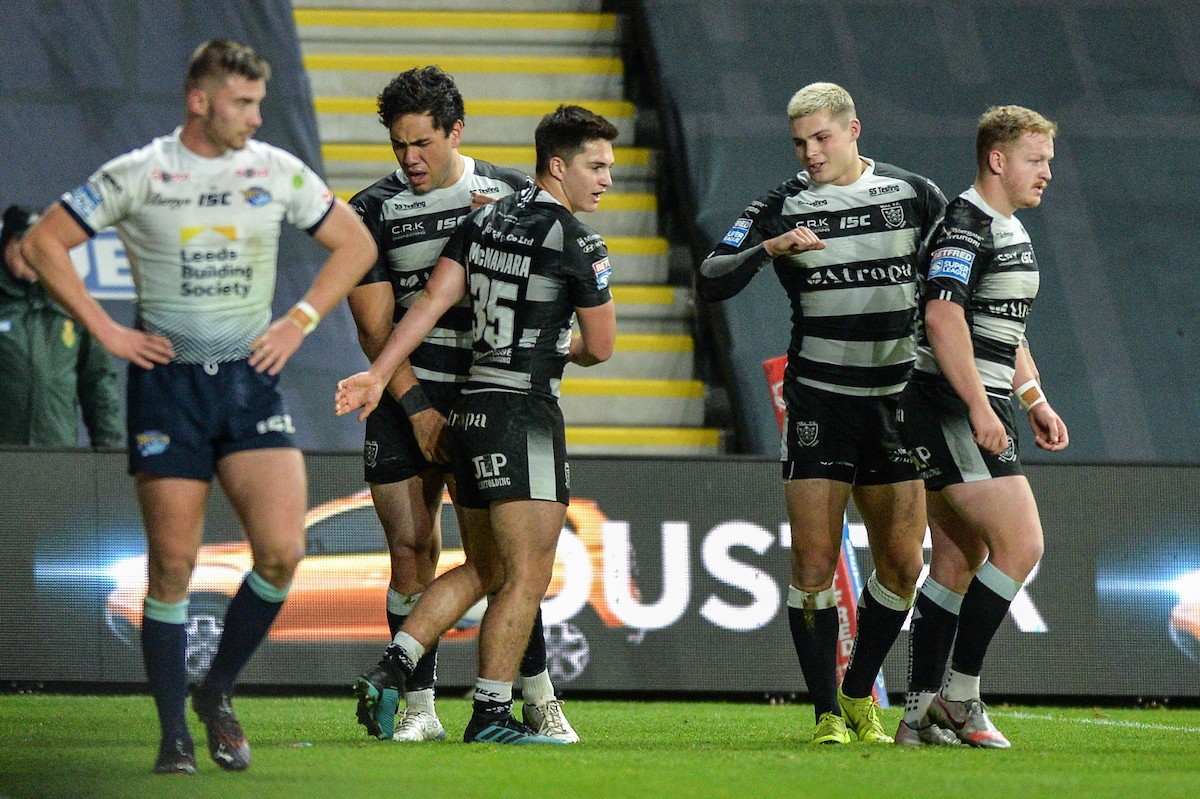 When Ben went on as a substitute against Castleford four weeks ago, he was following in the footsteps of both Steve and his grandfather Ted, who also played for the Black and Whites.

With Jake Connor likely to switch to full-back in place of the injured Jamie Shaul, young McNamara could get a second start at stand-off alongside Marc Sneyd.

“He’s in contention clearly,” said McNamara senior, who made 162 appearances for his hometown club from 1989-96 before going on to play for Bradford.

“We’ll have to wait and see. Ben is an option there for them but they have some other options – they can move Carlos Tuimavave around – I’m not sure what they are going to do.

“To be completely honest, the game is that important to us that I’ll be fully focused on making sure we get the result and not what Ben does from the other side.”

Ben’s mother Michaela is already in Perpignan ready to witness the potential father-versus-son battle, even though it will mean going into quarantine when she returns to England.