Catalans coach Steve McNamara admitted his side’s second half performance was alarming after they let slip an 18-6 lead to crash to a 42-24 defeat against Salford.

The French club were playing their first game for 24 days after their three previous fixtures were wiped out by the coronavirus pandemic but McNamara said the enforced lay-off was no excuse for the defeat.

They raced into an 18-6 lead after 28 minutes thanks to tries from Paul Seguier, Tom Davies and Sam Kasiano but conceded six tries in a row before David Mead scored a last-minute consolation.

“We set the game up for ourselves and to fall off to that level was alarming,” McNamara said.

“It’s hugely disappointing and frustrating for us. We got a reasonable lead but just never got started in the second half and they ran us ragged.

“The lay-off is no excuse, there was clearly a lot wrong with us in the second half and we have to work out why that happened.”

Salford forfeited their previous game after finding themselves with just 13 players and they looked distinctly out of sorts in the opening quarter but grew into the game and dominated the second half with six tries.

Winger Krisnan Inu, who is out of contract at the end of the season, led the way for the Challenge Cup runners-up with his second hat-trick of the season and also kicked all seven conversions for a personal haul of 26 points. 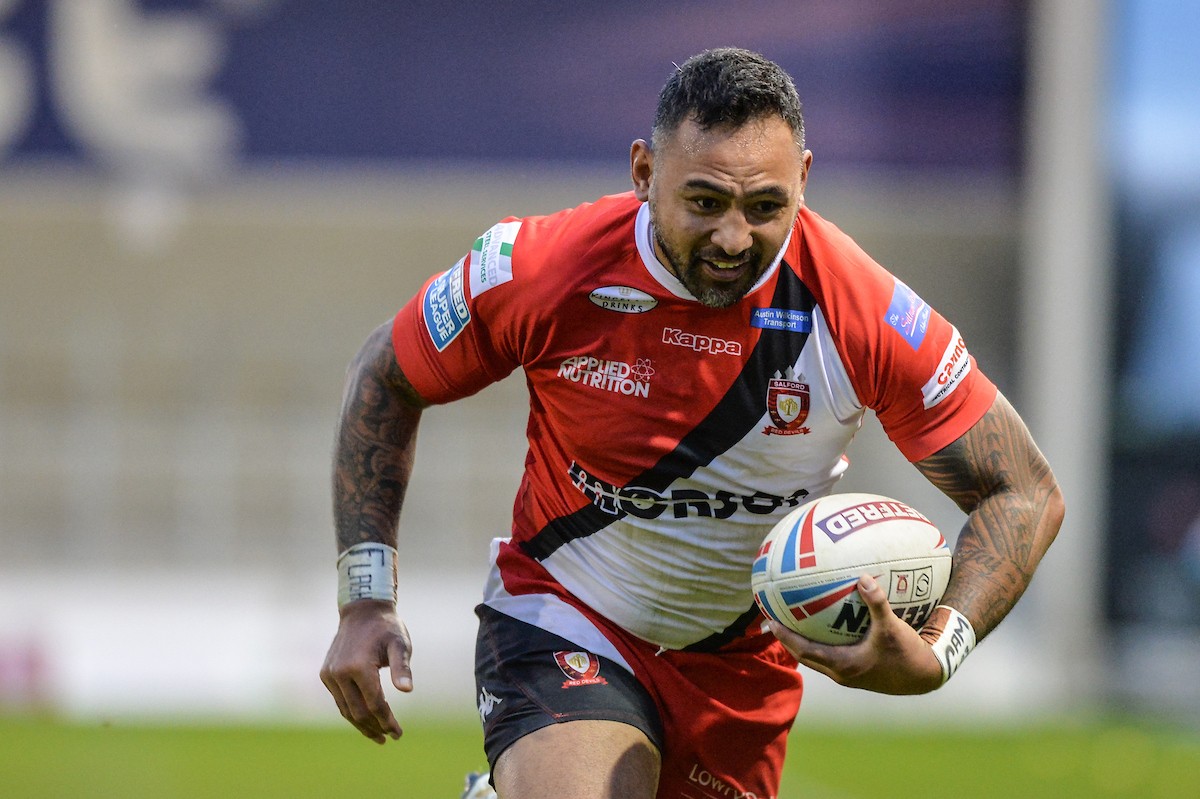 Coach Ian Watson said there was no panic at half-time.

“We spoke about just completing our sets, kicking well and defending well on the back of that,” he said.

“We said, if we do that we’ll win field position and then we’ll score points. Our issue isn’t attacking.

“I think the boys were ruthless today. Once we got in front, we put the foot down.”

Watson was especially delighted to complete back-to-back wins after returning from Wembley with a 58-12 rout by Wigan.

“It shows what we’re about as a group,” Watson said. “After the Challenge Cup we spoke about maintaining standards.

“We had to bounce back from the Wigan game because that was not good enough and I think we’ve responded the right way in the last two weeks.

“I think Jack Ormondroyd was sensational, doing 80 minutes after Covid. He’s done a great job there.”

Salford’s seventh win of the season lifts them up to eighth place which might keep alive their play-off hopes if Super League decides at its meeting on Tuesday to extend them beyond the top four clubs.

“We’d love to sneak in and we would back ourselves to have a real good shot at it,” Watson added.

“There is nobody we fear. Obviously Wigan blew us away the other week and we’d love to rectify that at some point.”