Referee Robert Hicks gave 50% more penalties than his colleagues Chris Kendall and Liam Moore in round two of Super League.

Salford, Warrington, Castleford and St Helens all end round two on four points, only separated by the points difference. 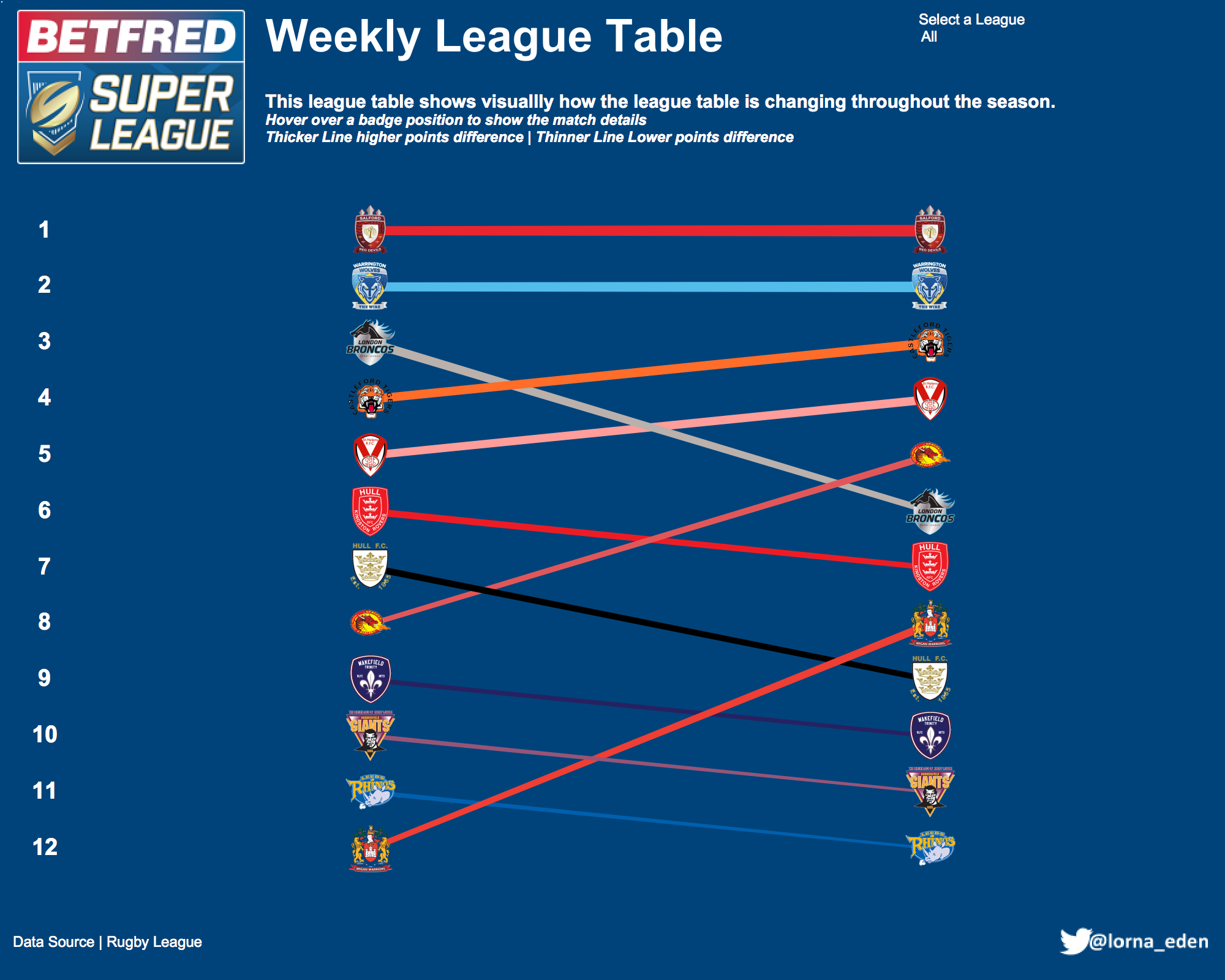 If we take a look at the top players for the positives and negatives of the game. 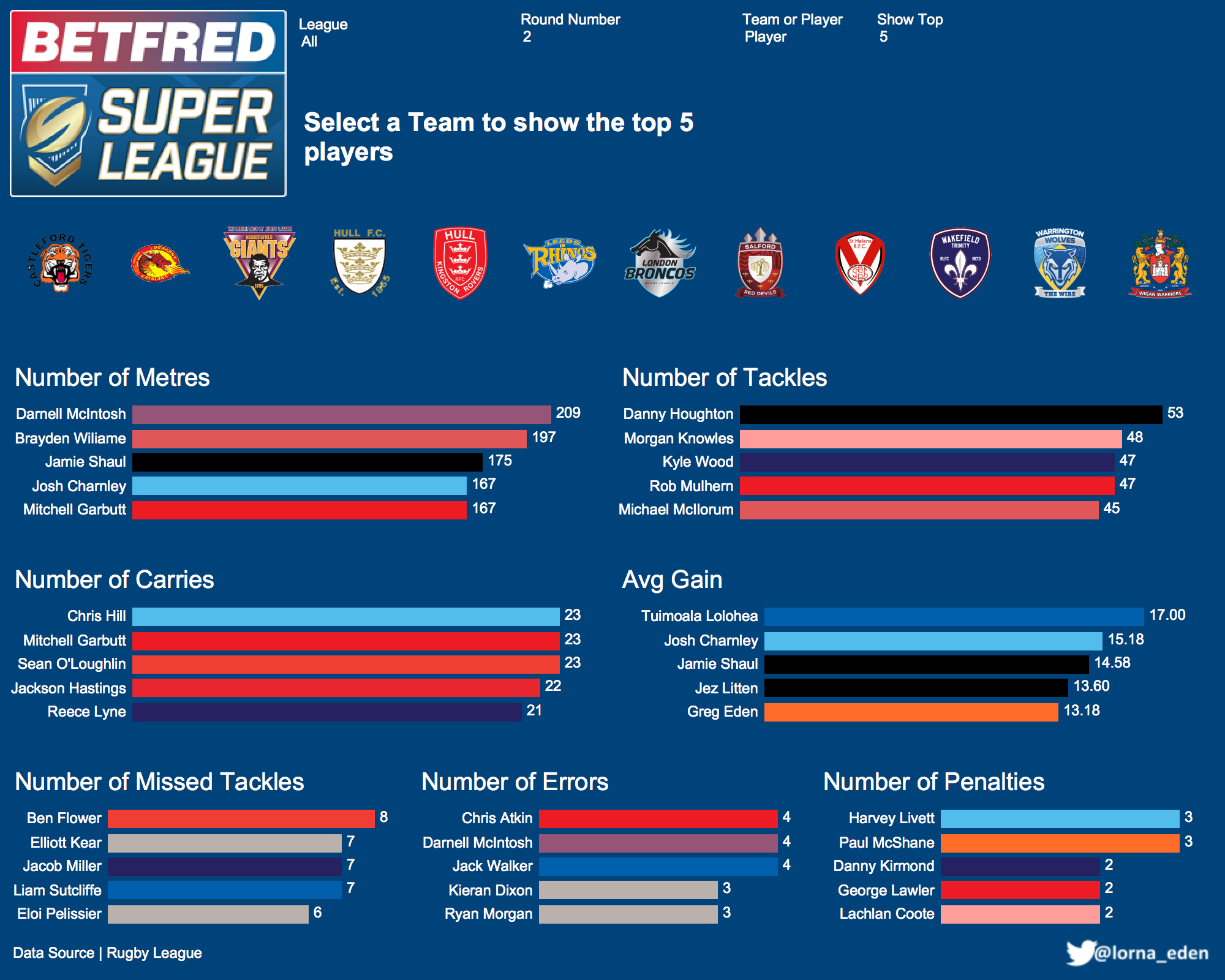 St Helens gave away the most amount of penalties, with 11. Whereas Catalans only gave away four.

Robert Hicks gave away 21 penalties in his game (Wakefield v St. Helens), which is 50% more than Chris Kendall and Liam Moore on 14 penalties each.

Away teams gave away 10 more penalties than home teams. 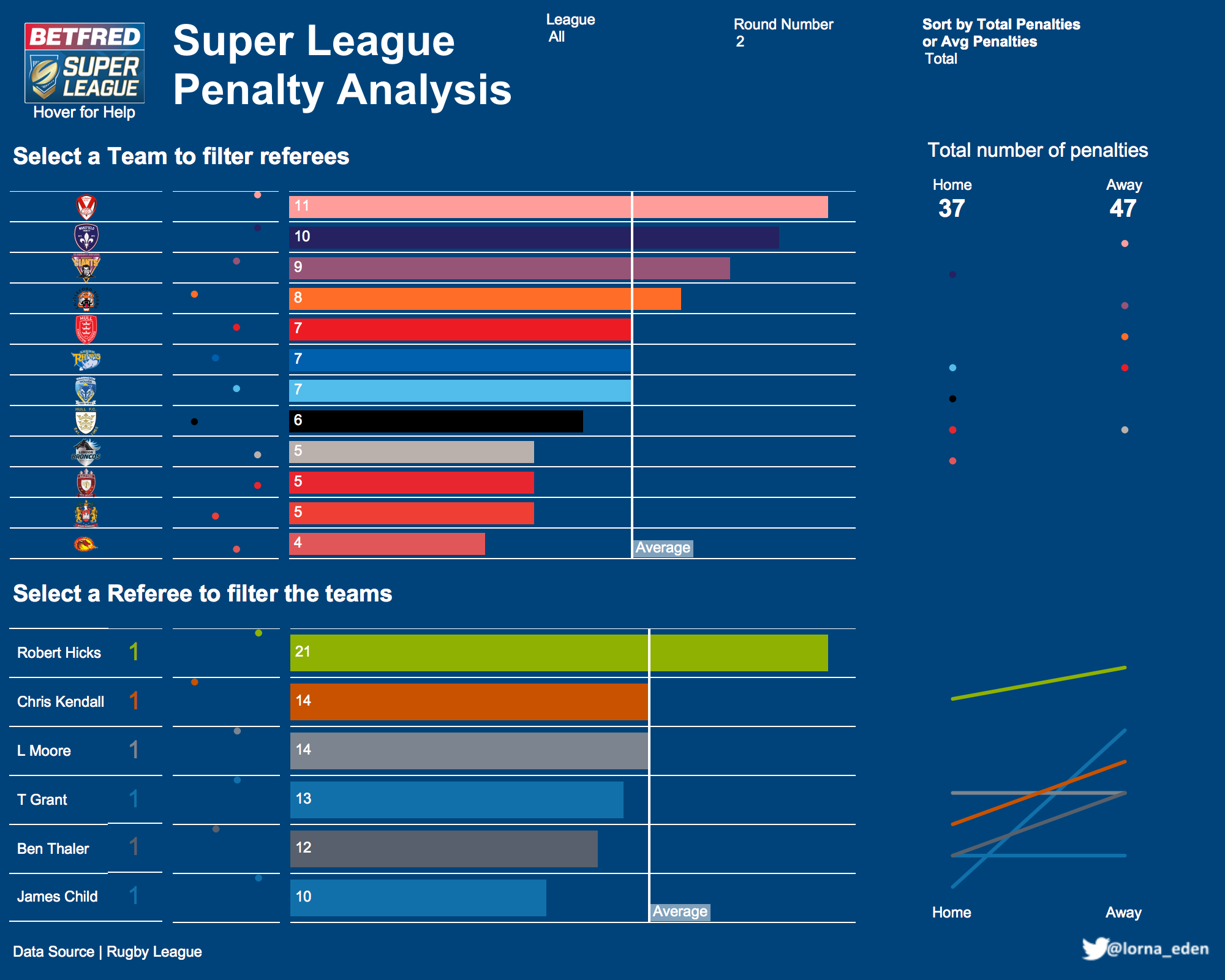 This year, there is the option to take a look at two different metrics and compare them against each other. This current view shows Metres made by number of carries. Use the team filter to show your own team. 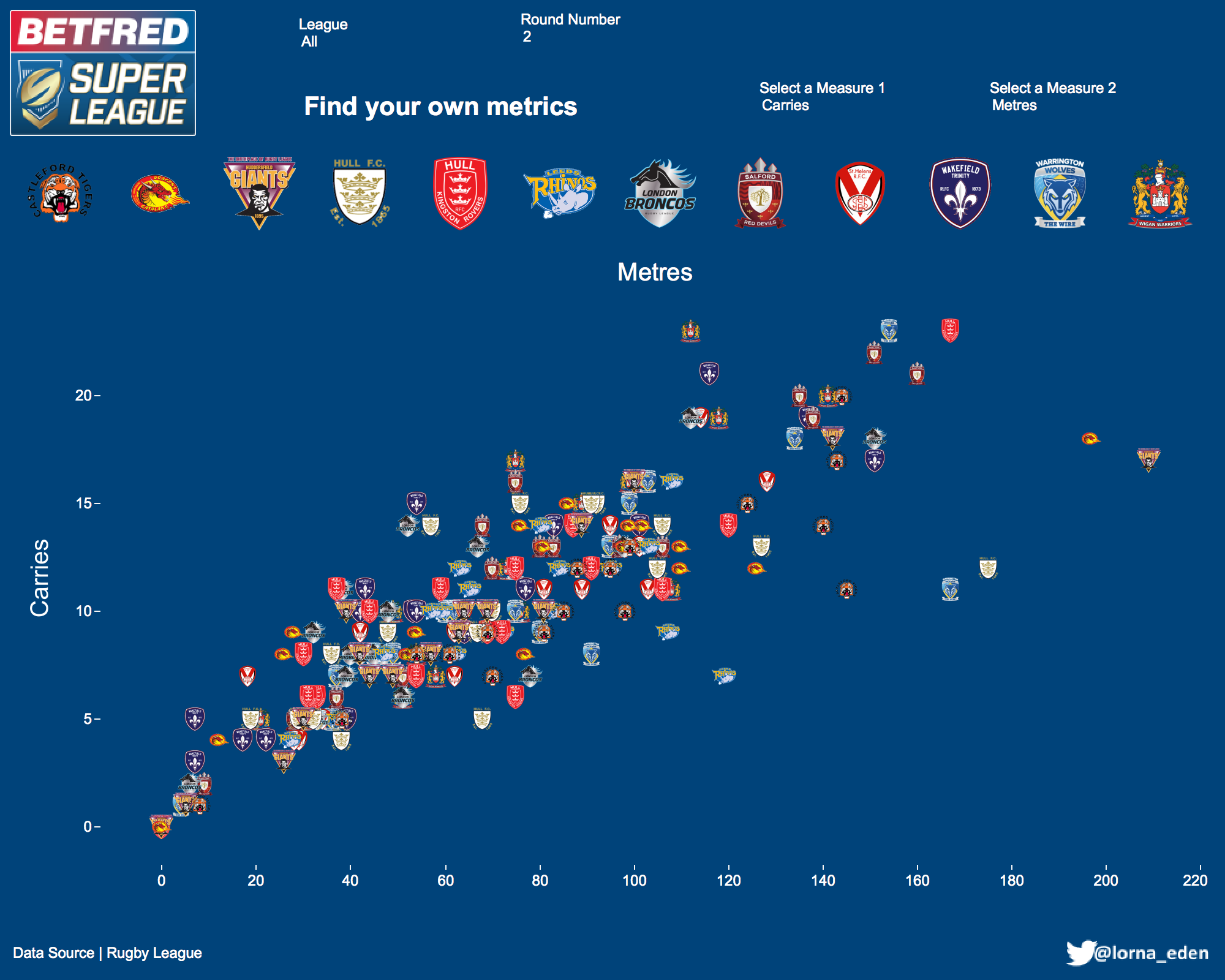 Sometimes the attendance is not recorded via the rugby league website. But Hull FC and Castleford Tigers had the highest attendance of 11,244. 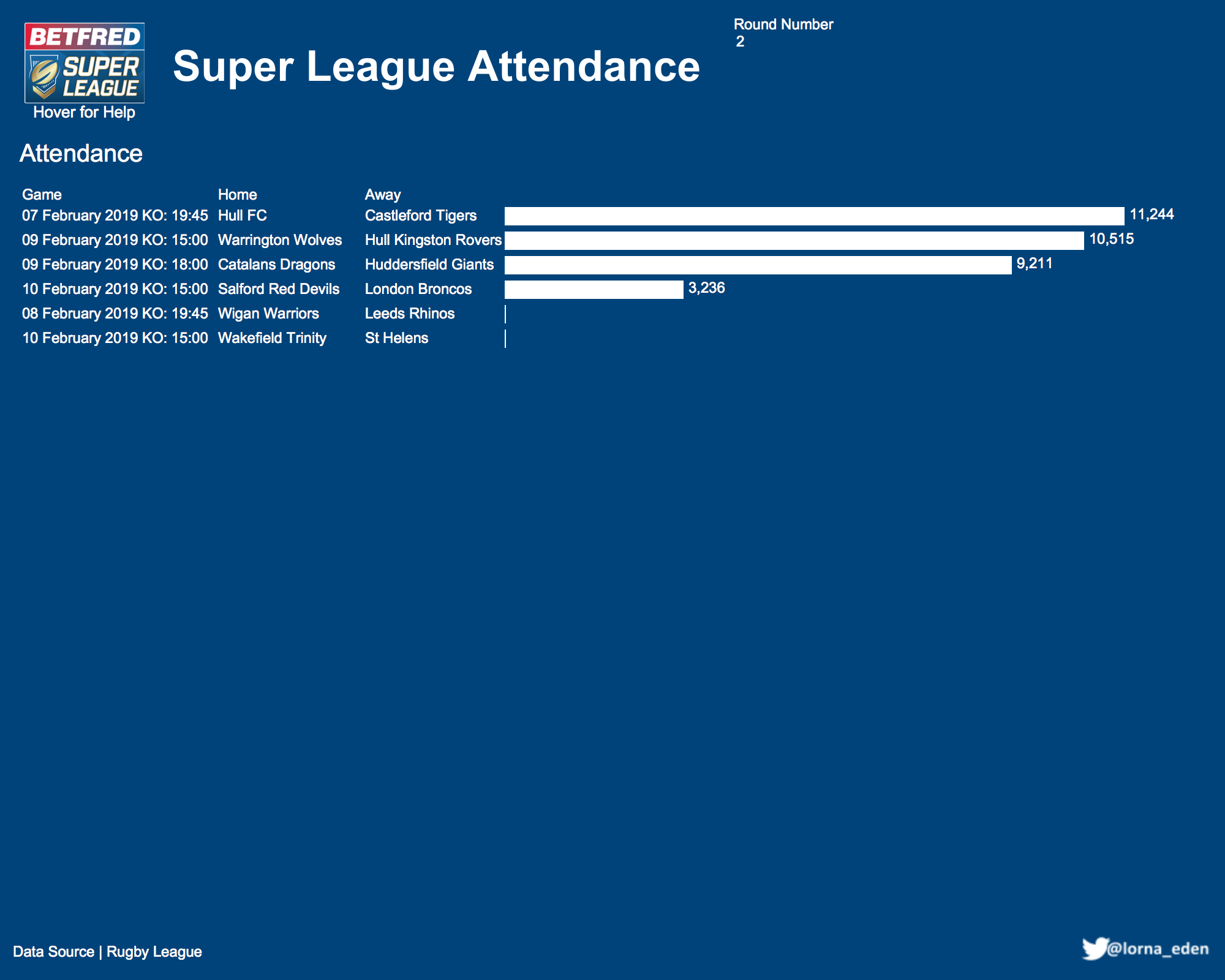