Alex Walmsley, Kevin Naiqama and Jack Welsby scored two tries each for the hosts as they impressed in Kristian Woolf’s first competitive game as coach.

The champions were without four members of their Grand Final team because of injury, including skipper James Roby, but 18-year-old Welsby illustrated the depth of talent at Woolf’s disposal as he slotted effortlessly into the team.

The visitors enjoyed their best spell early in the game. Hooker Joey Lussick was held up over the line and stand-off Tui Lolohea gave them a sixth-minute lead with a penalty goal but that was as good as it got.

It was not long before Saints found their groove, with second-rower Zeb Taia charging on to Jonny Lomax’s short pass to score the first of their eight tries on 12 minutes. 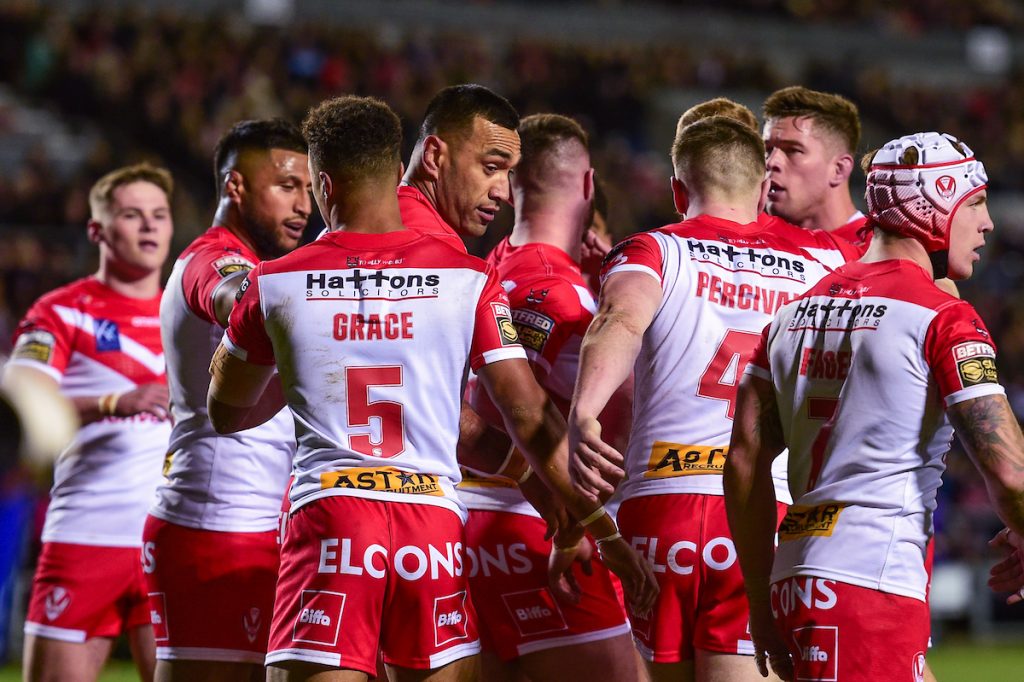 Six minutes later Walmsley proved unstoppable after getting up a head of steam 10 metres out and Coote added both conversions to make it 12-0.

In a rare foray into the Saints 20-metre area, Salford worked winger Williams over at the corner, but slow-motion replays revealed a foot in touch and it summed up the visitors evening.

Scrum-half Theo Fages dummied his way over for a third try three minutes before half-time, when the champions led 18-2 and they went up another gear in the second half.

As well as the razzle-dazzle, the Saints players showed they were prepared to roll their sleeves up for the hard stuff as they forced heavyweight forward Pauli back over his own line to earn a drop-out.

And that created the position for Welsby to send Naiqama over for his side’s fourth try six minutes into the second half. 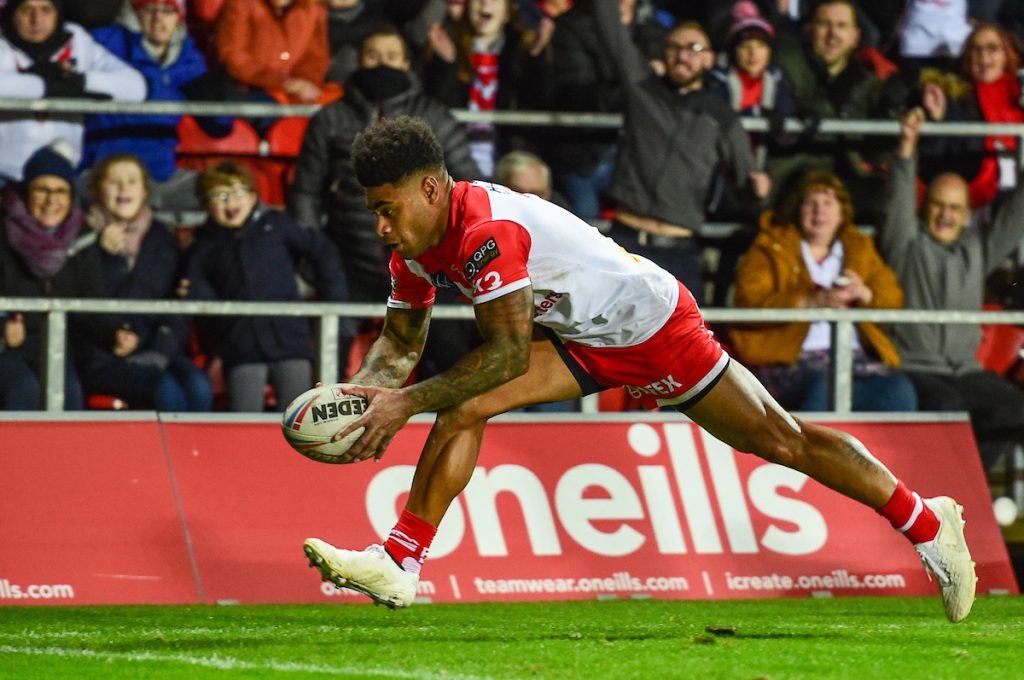 Salford pulled a try back through winger Ken Sio, with Lolohea adding the goal, but soon Naiqama, revelling in the wing position, was in for his second try, this time courtesy of a sublime pass from Lomax.

Mark Percival kicked both touchline conversions in the absence of Coote to stretch Saints’ lead to 30-8 and was also on target as Welsby went over for two tries in seven minutes and Walmsley powered over for his second to pile on the agony for Salford.

How the media think Super League will finish in 2020