A first half hat-trick from Tommy Makinson helped St Helens ease past Wakefield 48-6 at the Halliwell Jones Stadium.

James Roby opened the scoring for Saints inside four minutes, with Makinson grabbing his first in the 17th minute.

Roby got his second before Alex Walmsley charged over to give Saints a 20-0 cushion after 32 minutes.

Two tries from Makinson in the final five minutes of the first half gave Kristian Woolf’s side a 30-0 lead at the break, with the Saints being in red hot form. 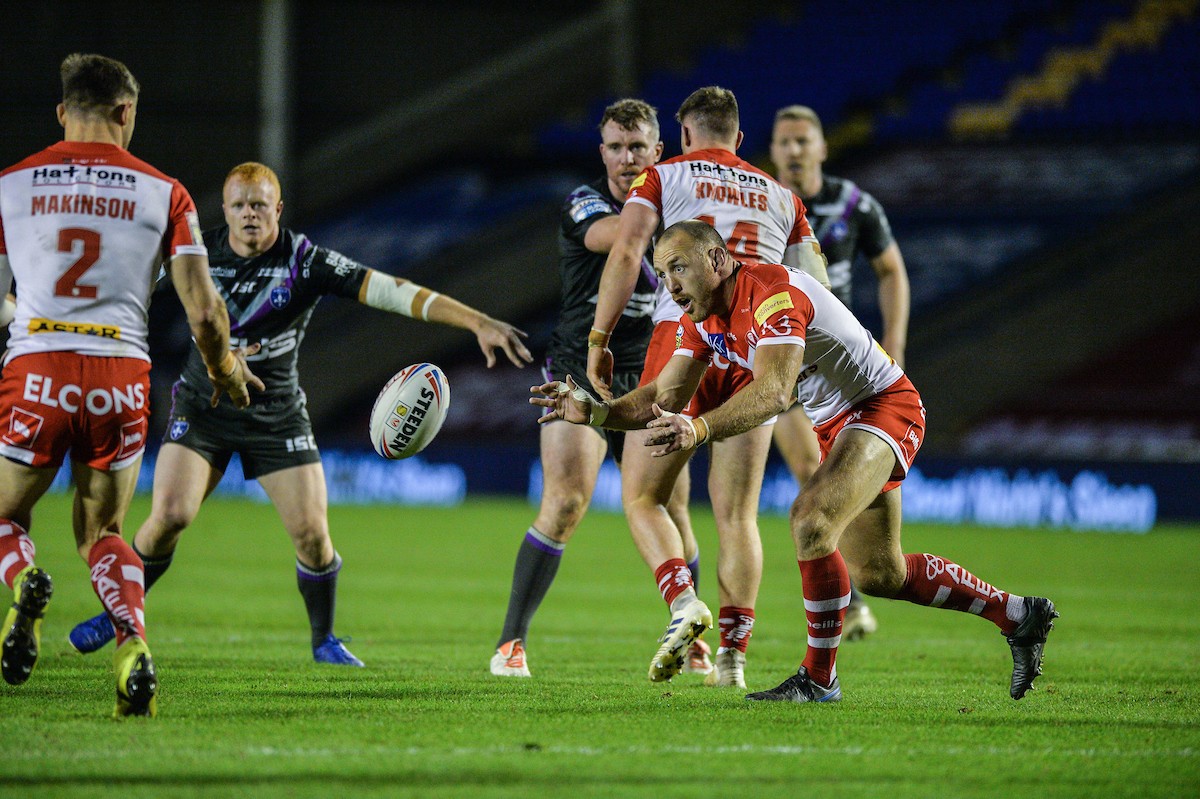 Wakefield got on the scoresheet on the hour thanks to a length of the field try from Innes Senior.

But Saints then extended their lead through Regan Grace and Lewis Dodd, with the latter scoring his first senior try.

Kevin Naiqama went over for Saints late on, with Lachlan Coote converting his sixth goal to wrap up a 48-6 win for the champions.