Huddersfield came up with a shock result as they beat champions St Helens 12-10 at the Totally Wicked Stadium.

Kristian Woolf made two changes to his St Helens side that beat Toronto last week. James Bentley (ankle) and Aaron Smith (suspended) were replaced by Kyle Amor and Matty Costello.

Huddersfield coach Simon Woolford made three changes to his outfit that were defeated by Wigan last time out. Tom Holmes, James Gavet and Darnell McIntosh came in for Suaia Matagi (suspended), Matty English and Innes Senior.

The Giants were dealt a blow in the third minute as half-back Lee Gaskell left the field with an injury and didn’t return.

But they went over just a couple of minutes later thanks to Adam O’Brien being the first to react in a scramble in the in-goal area.

Luke Thompson levelled the score as he bulldozed his way over from close. Tommy Makinson’s conversion saw the score 6-6 after 14 minutes. 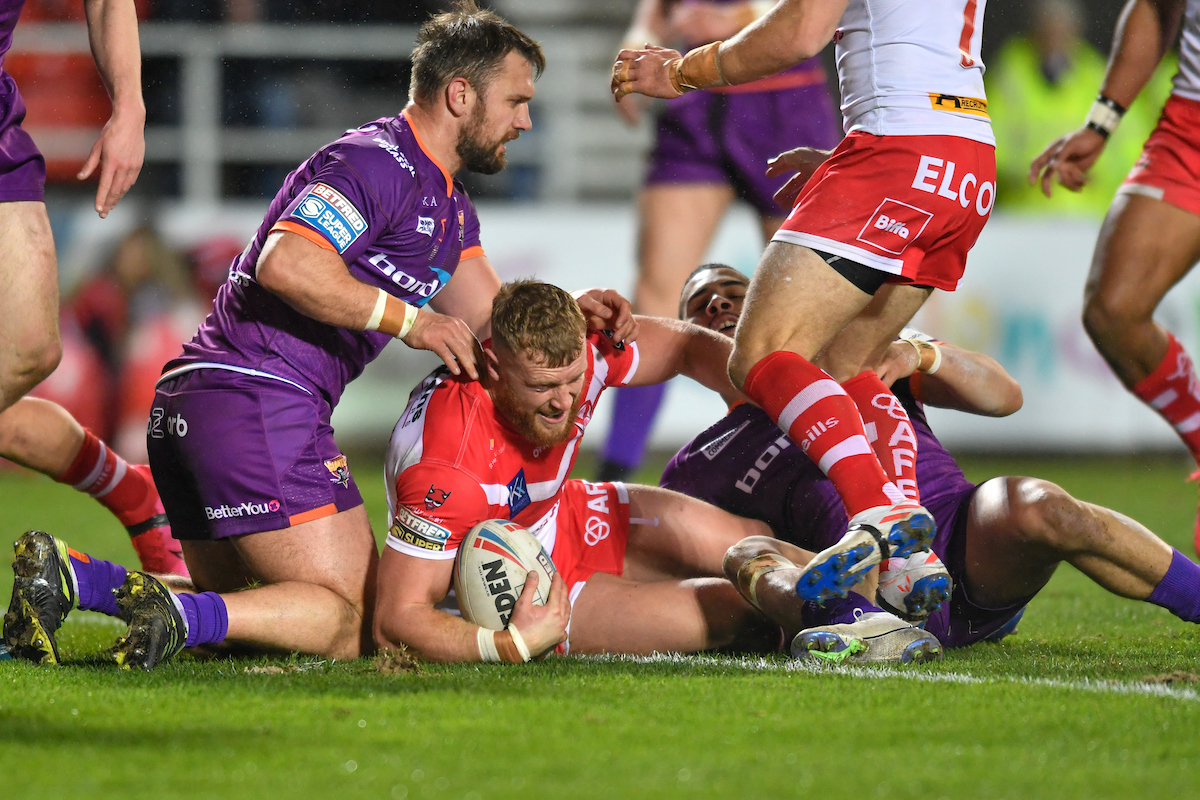 St Helens were 10-6 to the good at the break after Morgan Knowles latched on to a smart kick from Jonny Lomax.

It wasn’t a game to remember but it was impressive from Huddersfield as Jake Wardle scored a breakaway try on the hour to put the visitors 12-10 in front.

The game was managed brilliantly by Giants playmaker Aiden Sezer in the dying embers, with the Australian kicking the ball in to touch at every opportunity. Woolford’s men pulled off a fine 12-10 win at St Helens.

How do Toronto compare to other promoted teams after six games?

Israel Folau can do something special for Catalans, says Sam Tomkins

Tommy Lee comes out of retirement to sign for Halifax

Hull KR could be without Ben Crooks for six months