It was the news that St Helens supporters and general rugby league fans alike were expecting. After one full year in Super League, Ben Barba has announced that he will be joining NRL side, North Queensland Cowboys, for the 2019 season.

The 29-year old has managed to leave his mark on the English game in such a short space of time, much like a select few overseas import before him. With this in mind, here are five of Barba’s most memorable moments from his time at the Totally Wicked Stadium.

After a relatively low key start towards the back end of last season after the end of his ban, the start of this season was expected to be the start of something big for Barba and St Helens, and he proved within the opening five minutes exactly why the hype was justified.

The former Cronulla man was on hand to finish off Mark Percival’s break downfield and dive over in the corner, showcasing a partnership between centre and full-back that would continue to blossom as the season developed. 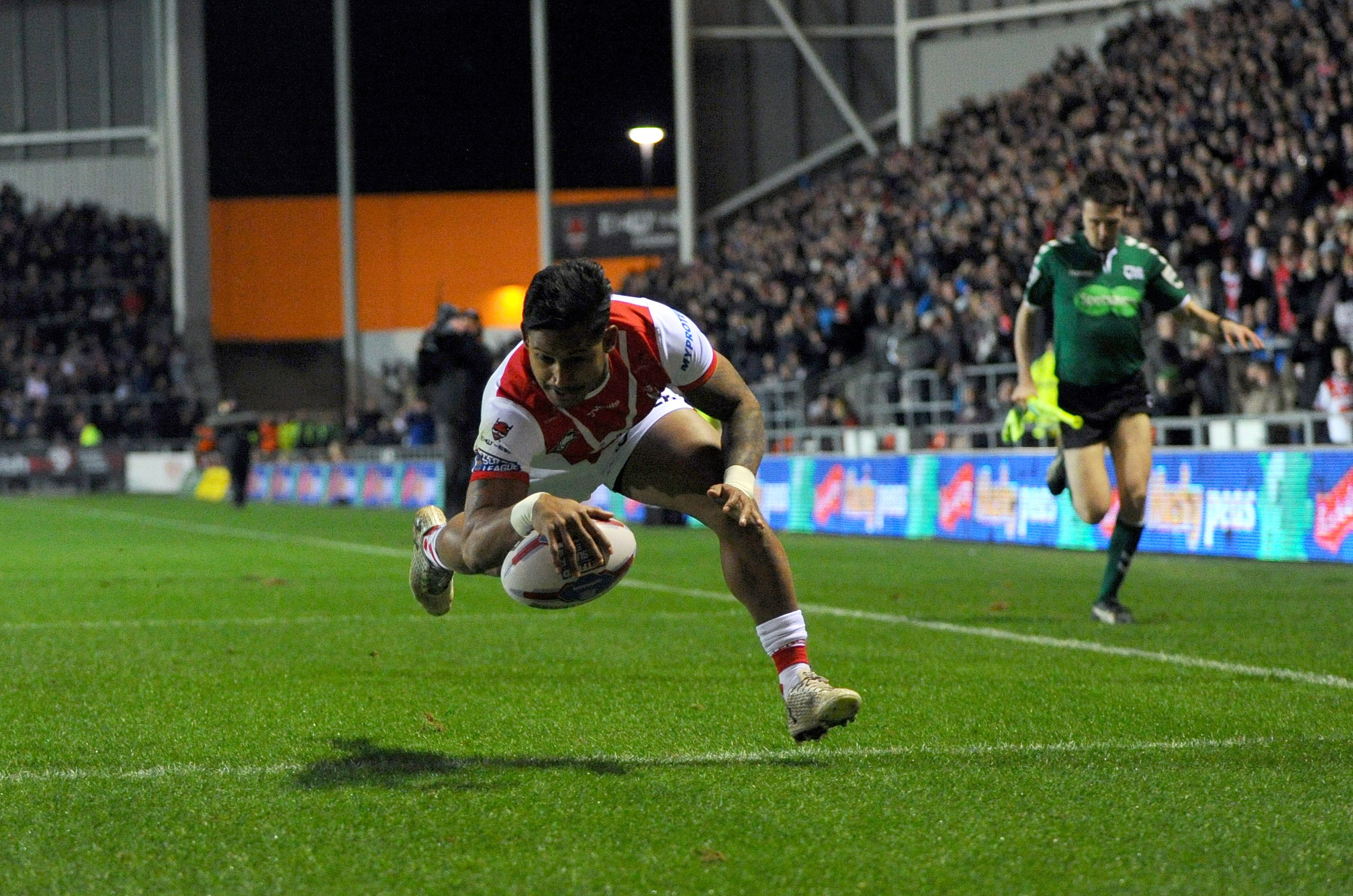 There is no better way to endear yourself to your new fans than to produce an iconic try on derby day. For Barba, that became a reality on Good Friday against Wigan.

A tense game between the two sides exploded into life after 20 minutes when Barba, who had been probing the visitors defensive rear-guard throughout, was yet again on hand to support Luke Thompson’s offload on halfway before rounding Morgan Escare to help Saints record their first Easter victory over the Warriors since 2009.

Ben Barba suffered the highs and lows of professional rugby league during 12-man St Helens’ 60-10 rout of Salford at the AJ Bell Stadium.

In a welcomed sigh of relief for St Helens supporters, Barba was back in the team for their Challenge Cup round of 16 tie against Castleford after just one week out and picked up exactly where he left off.

The Australian produced an early length of the field score before adding two more in the second-period as the away side completed a wholly dominant performance at the Mend-A-Hose Jungle to book their place in the quarter finals.

For Barba, it was the perfect return to action following a brief lay-off and reinforced exactly why he was so widely regarded as a strong candidate for man of steel, despite the season being just three months old at the time.

Barba took his array of tricks on the road in May, as his St Helens side travelled up to Newcastle to take on Widnes at the Dacia Magic Weekend.

In what was proving to be a regular occurrence in 2018, Saints’ number one took advantage of a gap in the Vikings edge defence and ghosted his way over with devastating effect. His try helped Justin Holbrook’s men record a 38-18 victory and maintain their position at the Super League summit.

There is little doubt that St Helens will not possess the same kind of threat once Ben Barba has returned to his native Australia at the end of the campaign.

That is not to say that they won’t have any threat at all, but is rather an adage to Barba’s ability to single-handedly turn a game on its head and produce moments of magic on an freakishly consistent basis.

His impact on the St Helens backline is reminiscent of Jamie Lyon, who set Knowsley Road alight during his two years at the club (2005-06). Both men went about their task impeccably and have proved to be two of the greatest overseas signings for Super League in recent years, full stop.

Lyon was able to help his side to Grand Final glory in 2006, defeating Hull FC in front of 72,852 fans at Old Trafford. The question now is whether Barba can replicate his fellow Australian and help secure the ultimate prize.