There are plenty of standout players in Super League, but who would be able to compete in the NRL?

Please note: we have specifically picked players who have yet to play in the NRL.

Since making his debut in 2013, Thompson has established and grown into one of the most influential forwards in the St Helens pack.

To make over 140 appearances for the Saints is no mean feat, and his inclusion in last year’s Super Dream Team was testament to the consistency he showed over the course of the season as they went on to lift the League Leaders’ Shield.

The 24-year-old was simply astounding last season. His 440 carries was bettered only by Wakefield’s Bill Tupou and Wigan’s John Bateman, while only Tupou and Tom Davies made more metres than him over the course of the season.

NRL forwards need to be robust and athletic, but must have a degree of composure with ball in hand. He may still be developing as a Super League player, but Thompson already appears to fit the mould. 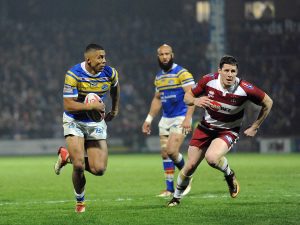 Having been shown the exit door rather unceremoniously by Leeds at the beginning of the month, Watkins is sure to be looking for a fresh start – so could the NRL be the perfect destination?

It must be said that Watkins has had his fair share of critics this year. Admittedly, he hasn’t lived up to past form, but we must remember that Watkins is still getting back to full speed following a very serious ACL injury.

The Manchester-born centre is in the prime of his career, and with 11 pieces of silverware to his name during a decade-long stint in the Rhinos first-team, he will inevitably attract suitors from home and abroad, whatever code that may be.

So with Ryan Hall proving that age is no barrier to getting a shot in the NRL first grade, maybe the 28-year-old could be tempted to join the ever-growing English contingent trying their hand in Australia.

He may have only committed to a long-term deal at Warrington until the end of 2023, but that will not stop people wondering whether Daryl Clark will be able to cut it in the NRL.

The 2014 Man of Steel winner epitomises consistency and quality, as every good Super League player needs to. He churns out performance after performance and must surely be rueing the fact that the pool of hookers at Wayne Bennett’s disposal has limited his ability to become a mainstay of the England setup.

Regardless, Clark would almost certainly be a success if he went over to Australia. Canberra’s Josh Hodgson has proved that fitness, hard work and moments of brilliance can get you a long way, and Warrington’s number nine is easily recognised as one of the best in the business. 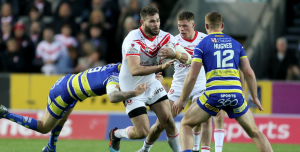 Just like the aforementioned Thompson, Alex Walmsley has developed into one of the toughest forwards in the English game.

Having recovered from a fractured neck in March 2018, the 29-year-old has returned better than ever, making 16 appearances and crossing the line twice. The only game he’s missed so far this season was last week’s shock defeat to London, one of only two games where Justin Holbrook’s side have been beaten this campaign.

Walmsley’s importance to this Saints side is not to be underestimated. He is contracted until the end of 2022 and they will be reluctant to let him go. However, Challenge Cup silverware this year would mean that the front-rower has won every piece of silverware available in England, bar the World Club Challenge.

If he does manage to complete the trio of trophies, will Walmsley be tempted by a new challenge Down Under? 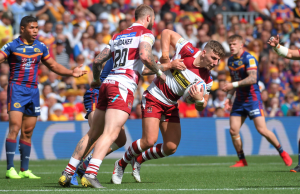 At the beginning of the season, people were wondering whether George Williams had lost his mojo. He was clearly struggling to get up to speed in the early months of 2019, but since his man of the match performance away at Salford, the England international looks to have turned a corner.

In the 10 games since scoring a hat-trick against the Red Devils back in March, Williams has bagged five tries and eight assists, looking a far cry from the man that looked so out of form and bereft of confidence.

He seems to have rediscovered his swagger, his upturn in form seemingly reigniting the calls that he could make it over in the NRL. The 24-year-old has been heavily linked with the likes of Canberra and New Zealand since the turn of the year and is clearly keen on moving to Australia, when the time comes.

He may be a Wigan player until the end of the season, but Williams could easily be lining up in unfamiliar surroundings when 2020 comes around. 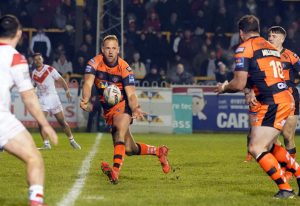 Out of all six names on this list, Watts could almost certainly be considered the outsider to make the jump to the NRL, but that should not detract from the endeavour and consistency he has added to his game over the last 18 months.

Watts’ career appeared at a crossroads at the beginning of 2018, with his future at Hull FC up for debate. However, a move to Castleford quickly came to fruition and he hasn’t looked back since.

Although Watts has yet to make a senior appearance for the England first-team, his chance must surely come, given the form he has showed at a domestic level.

He has put his body on the line week-in, week-out for Daryl Powell since arriving at the Mend-A-Hose Jungle, and with such a physical approach to the game, Watts could be suited to the NRL’s style of play.

Off the Record: Rugby League Rumours and Gossip #167

Have your say: Where should Magic Weekend be held in 2020?

Six Celtic internationals who could push for Great Britain spot