There are some household names hanging up their boots at the end of the 2019 season.

Here’s a closer look at six standout names moving onto the next stage of their career. 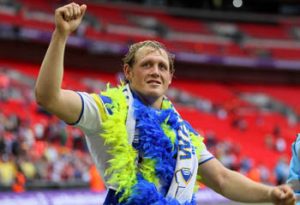 Dubbed ‘Super Ben’ by the Warrington faithful, Westwood will finish his playing career at the end of 2019, having spent the last 18 seasons at the club. One of only three players to have been playing Super League in the last millennium – alongside Hull FC’s Gareth Ellis and Leeds’ Jamie Jones-Buchanan – Westwood has started in three of Warrington’s Challenge Cup triumphs (2009, 2010 & 2012) under the stewardship of Tony Smith, but was absent from this year’s trophy-winning squad at Wembley. As well as accumulating just shy of 450 appearances in Primrose & Blue, the 38-year-old has played 26 times for the England national team, crossing three times. The Normanton-born back-rower began his career at Wakefield, scoring 10 tries in 40 games, before earning a move to Warrington in 2002. 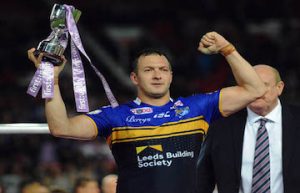 Having spent the last two seasons at Hull KR, eight-time Super League winner McGuire will end his 19-year playing career and head up the Robins’ recruitment department in 2020. Alongside Rob Burrow and Kevin Sinfield, McGuire formed part of Leeds’ formidable spine for more than a decade-and-a-half, all while accumulating a mammoth 16 pieces of silverware. The Rhinos Academy graduate has proved to be somewhat of a prolific try-scorer since making his debut against Salford in 2001 – scoring 267 times in 416 games – while also taking his place in the Super League Dream Team on two occasions. Having won countless trophies and also steered Hull KR to Super League survival, now is the time for McGuire to move into a backroom role.

WIN the ultimate Betfred Super League Grand Final experience with Rewards4RugbyLeague. You will receive luxury hospitality for two where you will be served a three-course meal and have executive, padded seating. You will also be treated to a tour of Old Trafford, delivered by a rugby league legend. 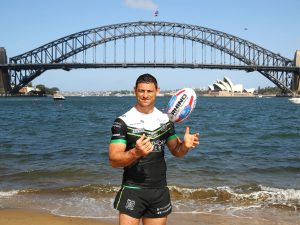 The younger brother of former Sydney Roosters full-back Anthony Minichiello, Mark has made the decision to step away from the game after a stellar career both in Super League and the NRL. Since joining Hull FC in 2015, the 37-year-old has made 138 appearances and established himself as one of the club’s most consistent performers. Lee Radford believes that the two-time Challenge Cup winner will be regarded as one of the best forwards to pull on a Black and White jersey, and given the success he has enjoyed over the last 18 years of his professional career, it is hard to argue against that. The Italy international also had the honour of captaining his country at the 2017 World Cup and made over 250 appearances for Sydney, South Sydney and most notably Gold Coast. 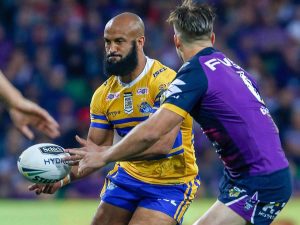 Another player with a bustling trophy cabinet, Jones-Buchanan will step aside ahead of the 2020 campaign. A one-club man, JJB made his Rhinos first-team debut in May 1999 and has gone on to make in excess of 400 more appearances over the past two decades, scoring a healthy 77 tries. He signed for the Rhinos when he was 15-years-old, having played rugby in his early days at Stanningley ARLFC. He came off the bench in their 2004 Grand Final victory over Bradford, and has since gone on to play in nine more Old Trafford finals, winning seven of those. Injury has restricted the 38-year-old to just nine appearances in 2019, five of which have been from the interchange bench. Nevertheless, he captained the Rhinos in his farewell Headingley appearance against Warrington earlier this month, adding a 73rd minute conversion – the first of his professional playing career – as the Rhinos ran out 26-4 victors. 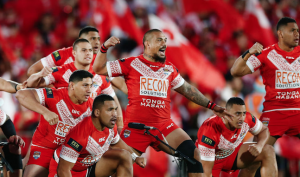 Having appeared at three World Cup’s, winning once with New Zealand in 2008, Manu has decided that now is the time to move away from the field after being confirmed as one of 10 departures from Hull FC. The 32-year-old joined the club in 2016 and went on to make 103 appearances in Black and White, scoring 12 times. He has been on the losing side in two NRL Grand Finals with Melbourne, but is still regarded as a consistent performer following his nine years Down Under. After switching his international allegiance, Manu had the honour of captaining Tonga as the Mate Ma’a reached the World Cup semi-finals in 2017, before calling time on his international career less than 12 months later to prolong his club career.

Like Jamie Jones-Buchanan, Ablett has spent the entirety of his career at the Rhinos after coming through the ranks, albeit appearing five times on loan at London in 2005. Injury has prevented the seven-time Super League winner from making a first-team appearance in 2019, but that has done nothing to tarnish his reputation as a consistent first-team stalwart. The back-rower earned six caps for the England national team between 2012-13 and was included in the 2014 Super League Dream Team, helping the Rhinos to Challenge Cup success in the same season. Overall, Ablett scored 77 tries in 324 appearances, amassing 12 pieces of silverware along the way.