Over the last few weeks, teams from across Super League have been busy finalising their squad for 2020 and beyond.

Whether players have been plucked from lower leagues or brought in from the NRL, there is certainly going to be no shortage of quality and flair heading into the new season. 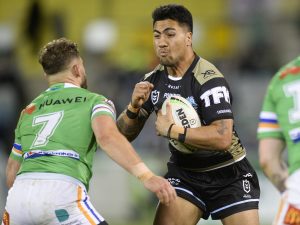 Feki will swap the sandy shores of Cronulla for the Mend-A-Hose Jungle from 2020 after signing a three-year deal at the Tigers.

The 28-year-old has a record of just under one NRL try every two games for the Sharks, having made his debut in 2013. He has pace to burn and will add competition on the flanks, with Derrell Olpherts also being brought in ahead of next year.

With the out-of-contract Greg Minikin set for the exit door, bringing in someone of Feki’s immense quality will certainly please the Castleford faithful.

The Tonga international was part of Cronulla’s 2016 title-winning side and could prove to be a real asset for Daryl Powell, both in attack and defence. 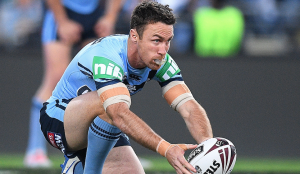 It isn’t very often that a player inspires New South Wales to a State of Origin series win over Queensland and announces a move to Super League less than a month later.

Nevertheless, that is exactly the case for Maloney, who has penned a deal with the Dragons until the end of 2022, becoming their first marquee player in the process.

The two-time NRL winner has played just shy of 250 games for a number of sides, including New Zealand, Sydney and Penrith, and will arrive in the English game with a real degree of pedigree and expectation.

The Dragons have had a number of top-quality overseas backs since they joined the English set-up in 2006 – the likes of Scott Dureau, Stacey Jones and Clint Greenshields, to name just a few. If Maloney lives up to the billing in the way we expect, he will be the next name added to that list. 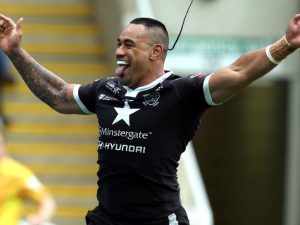 Fonua is one man who will be no stranger to avid watchers of Super League, having made 58 appearances for Hull FC back in 2016-17.

After two seasons in the NRL with Wests Tigers, Fonua will link back up with Lee Radford’s side, despite competition for his signature from several other Super League sides.

Fonua, a two-time Challenge Cup winner in his first spell with the black-and-whites, will add to a fiercely competitive backline. They have also brought in Adam Swift from rivals St Helens, while Matty Dawson-Jones and Ratu Naulago – recently handed a new deal at the club – will also be keen to claim a starting spot.

Hull’s recruitment for next year has been shrewd to say the least, and with quality popping up wherever you look, they could be considered one of the frontrunners for more silverware heading into the new campaign, regardless of how the remainder of 2019 unfolds. 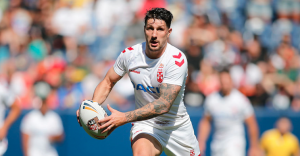 The halves is certainly an area that Warrington have been keen to bolster over the last couple of years, and with Widdop confirmed to be making a big-money move to Super League in 2020, they now boast one of the most talented English playmakers of this generation.

The 30-year-old has played his entire career in Australia, having made the move Down Under at the age of 16. After four years at Melbourne, Widdop moved to St George Illawarra and has been a mainstay of their side ever since.

He has been hampered by shoulder injuries over the last 12 months and this will no-doubt be a lingering thought in the minds of Warrington fans.

Nevertheless, a fully-firing Gareth Widdop is a pleasure to watch and it will be intriguing to see how quickly he can form a partnership with Blake Austin, one of the leading lights of Super League in 2019. 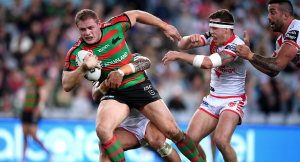 He may have made headlines, both good and bad, in 2019, but Burgess’ arrival at Wigan from the beginning of next season will be seen as a major coup for the competition as a whole.

One of four Burgess brothers, George is a typically no-nonsense front-rower who has been a regular for Wayne Bennett’s South Sydney over the last few years.

Bennett’s plea for Burgess to stay in the NRL – despite not being offered a new deal at the Rabbitohs – suggests just how much he has to offer any side, either home or abroad.

The Warriors did need to add some physicality and experience to their forward pack, and with Burgess completing their recruitment for 2020, they look to be in a sizeably healthier position heading into the new campaign. 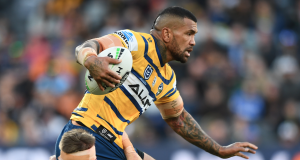 The final man to make the list is new Hull FC forward Ma’u, one of the heroes of Tonga’s incredible 2017 World Cup campaign.

The 30-year-old has over 100 NRL appearances to his name and has been a key cog in Parramatta’s forward pack this year, scoring twice in 12 appearances.

Lee Radford admitted that all of Ma’u’s previous coaches had nothing but good things to say. He is in the prime of his career and could be a huge acquisition for the Airlie Birds, especially if he hits the ground running straight away.

Radford was a relentless general back in his playing days, and it seems his new recruit fits the same mould.

Off the Record: Rugby League Rumours and Gossip #174