A lot has been said regarding squad selection, and here are six players who should’ve been included in Wayne Bennett’s travelling party.

Handley was a stand-out performer in a largely underwhelming 2019 campaign for Leeds, and he will no-doubt be disappointed that his involvement with the Lions will be restricted to a relatively meaningless clash with Papua New Guinea in Port Moresby next weekend. The 23-year-old scored 22 times last season for the Rhinos and made over 3,000m; only Tommy Makinson and Rhys Williams had better stats for a winger. Handley is comfortable bringing the ball out from deep himself – making 56 dummy-half runs for the Rhinos last season – and given he seems to possess all the attributes that Bennett demands from his outside backs, it makes his absence from the beginning of the tour all the more bewildering. 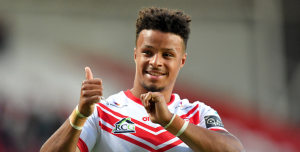 There were no Welsh players included in this year’s Great Britain squad. Some argue that there needed to be at least one player representing each of the four home nations, and if that were the case, Grace would’ve been one of the first people on the plane. The Port Talbot-born flyer crossed 20 times for Saints in Super League last season, establishing himself as one of the most elusive outside backs in the competition. Given the tightly-contested nature of test match rugby, there needs to be someone capable of breaking the line. Leaving Grace back home meant that GB were missing a player who was third-best in Super League for doing just that.

Arguably one of the most consistent prop forwards in the English game this year, it is little wonder that fans are left scratching their heads as to what Liam Watts must do to earn an England or Great Britain call-up. The 29-year-old made 62 offloads – more than anyone else in Super League last season – and had the second-most carries of any prop forward in the competition. He is in the prime of his career, and this seemed the perfect time for him to don the Great Britain jersey. He was involved with the touring England nines squad, but that is little consolation for a man who did enough during 2019 to merit a call-up to face the Kiwis. 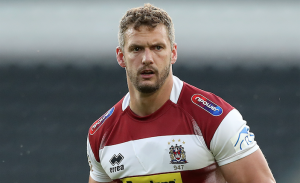 This one is sure to divide opinion, but in a side which looked unable to break down New Zealand for so long, a ball-playing forward of O’Loughlin’s calibre might’ve been what Bennett needed to turn a narrow loss into victory. Yes, O’Loughlin is 36 and was restricted to 23 appearances for Wigan last season. However, he is a leader capable of organising plays better than anyone else in the GB frontline. It is understandable that Bennett wanted to name James Graham, a more robust option, as his loose forward in a big to counteract the Kiwis’ physicality, but in hindsight, perhaps a little more finesse at 13 was required. 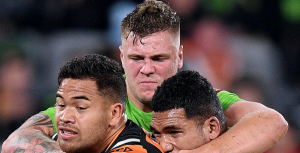 Three Canberra Raiders (Josh Hodgson, John Bateman and Elliot Whitehead) were named in the touring GB squad, but after a superb start to life Down Under, Sutton can be a little disappointed that his name wasn’t on the list as well. There were some who doubted whether the 24-year-old would be able to cut it over in the NRL, but 20 appearances and 1 try later, there is little doubting his capabilities now. Sutton is relishing playing bigger minutes against some of the best forwards in the game, and there are visible signs of improvement every time he steps onto the field. The chance to compete against the very best has really a real motivator, and you wonder whether an inclusion in the Great Britain squad could’ve helped Sutton kick on even further.

The Great Britain travelling party always looked a little light in the outside backs, but given the experience across the back three, it might’ve been worth including someone like Newman with a little more raw talent. The versatile 19-year-old scored nine times in 22 appearances and was a Super League Young Player of the Year nominee, so was it a little short-sighted to overlook someone of his raw talent? The absence of Gildart at centre has emphasised just how tough it is playing someone out of position, especially at test match level. He may be young and still learning the game, but having Newman take the place of one of the unused half-backs would’ve been a very sensible decision.

2019 Super League Grading: How did your team fare?