The France international enjoyed a splendid 12-year career, having made his professional bow for Canberra Raiders in the NRL.

Guisset made over 250 appearances in Super League for Warrington Wolves and Wigan Warriors, before spending the last five years of his career at Catalans Dragons.

The 40-year-old kicked the only drop-goal in his career for the Dragons in a 26-23 Challenge Cup victory over Hull FC in 2007 at the then KC Stadium. 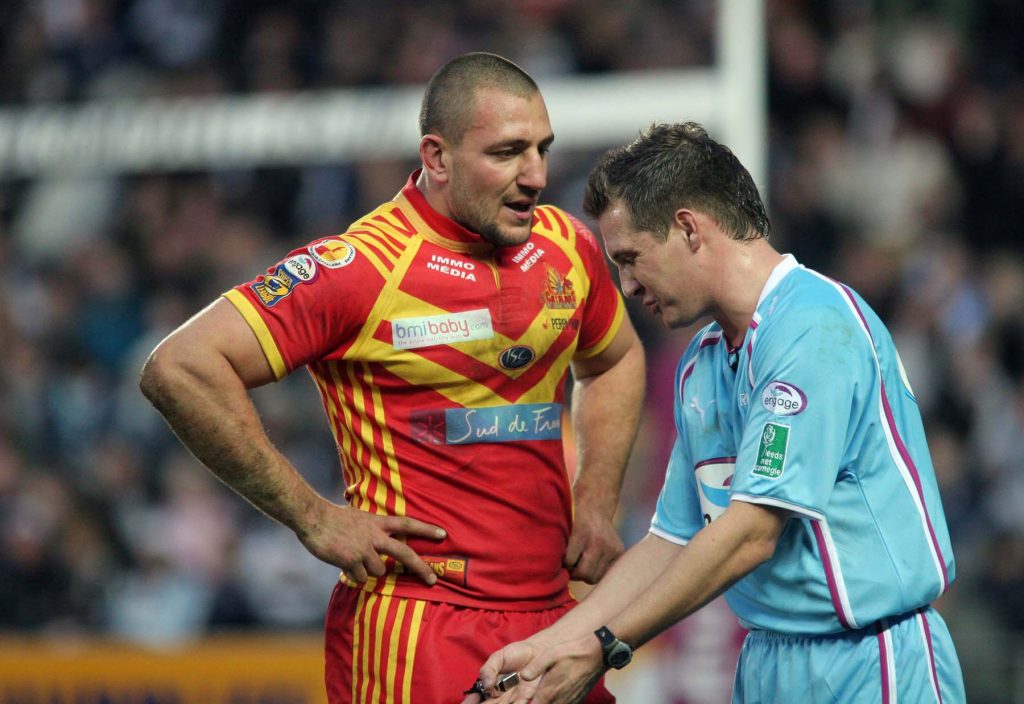 The 28-year-old made a total of 177 appearances during seven seasons at Widnes Vikings, where he became a cult hero before leaving to join Toronto Wolfpack ahead of 2019.

Mellor, who came through the academy at Wigan Warriors, kicked his only drop-goal of his career to date in a 23-22 win for Widnes against Leeds Rhinos at Headingley in 2016.

The Vikings went on to finish inside the top-eight that season under then coach Denis Betts. 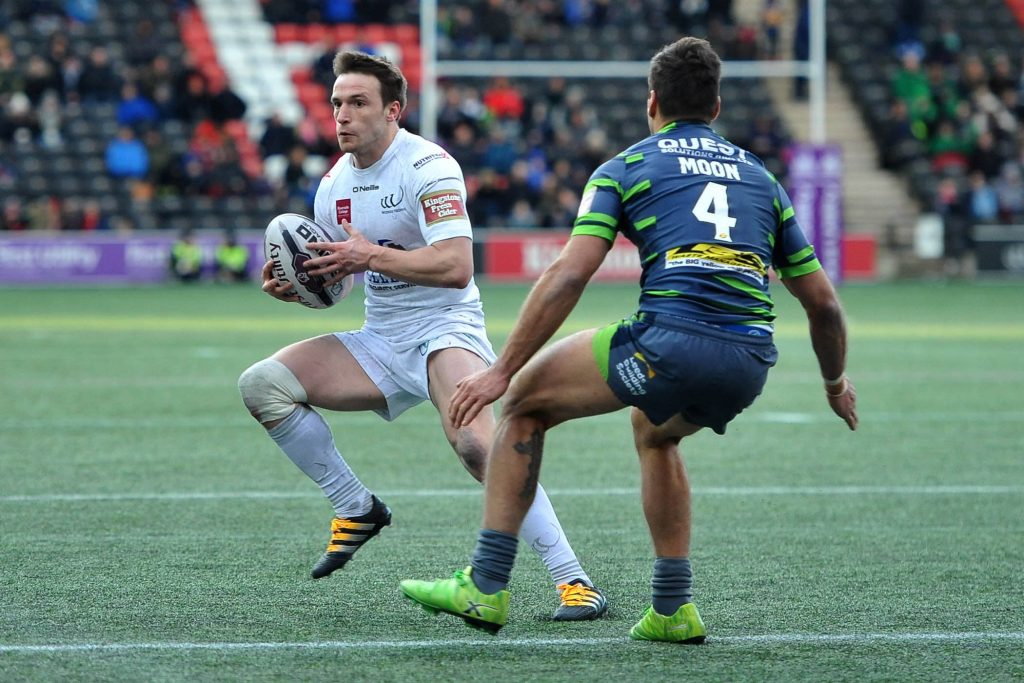 Who would have thought Ward – yes, the current London Broncos coach – would have kicked a drop-goal during his playing career!

The 38-year-old was playing for boyhood club Leeds Rhinos at the time and he celebrated his 21st birthday by kicking a field goal to help Leeds win 15-6 against Hull FC at the Boulevard in 2001.

Ward made almost 300 appearances for Leeds, Castleford Tigers, Hull Kingston Rovers and Harlequins but that was the only drop-goal the prop would kick. 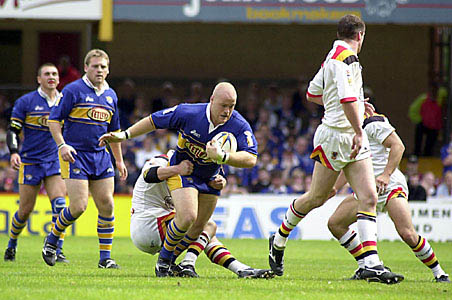 The former England international has kicked plenty of goals (61 in fact!) during his one-club career at Huddersfield, but he only ever landed one field goal.

Cudjoe kicked a drop-goal back in 2014 to snatch a 17-16 win for the Giants against St Helens at the then Alfred McAlpine Stadium in front of a crowd of 7,244. He also scored a try that day.

The Huddersfield-born centre has scored 117 tries in 276 games for the club, and has a total of 591 points. 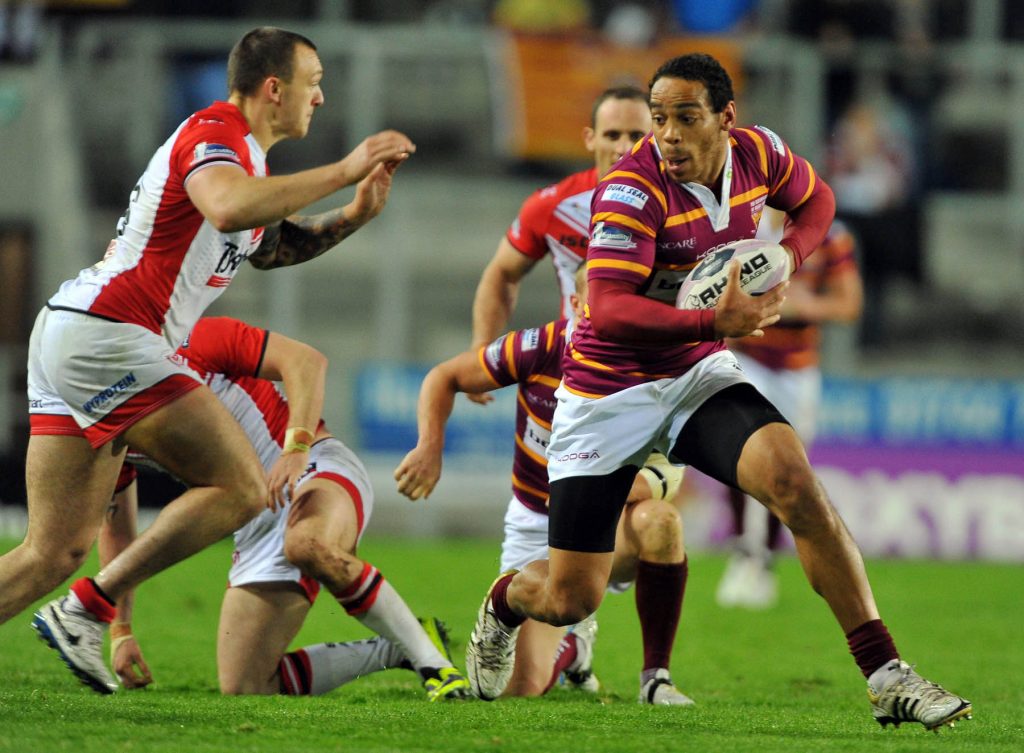 It probably comes as a surprise that Wellens had only ever scored one drop-goal in his career, especially considering he had kicked 40 goals for his beloved St Helens.

Wellens added a one-pointer way back in 1999 when he had a very young face! Saints beat Sheffield Eagles 39-30 at the old Knowsley Road. Keiron Cunningham, Kevin Iro, Sonny Nickle, Apollo Perelini, Anthony Stewart and Wellens got on the scoresheet that day.

Wellens is one of the Super League greats. He scored 231 tries in 499 games for hometown club St Helens, and earned 31 caps for Great Britain and England.

Wigan legend Neil Cowie might have been a tough and uncompromising prop, but he also kicked a drop-goal during his 16-year career!

He and Warriors team-mate, Willie Peters, both kicked field goals in their 30-18 win over the very impressive Bradford Bulls at Odsal in 2000. 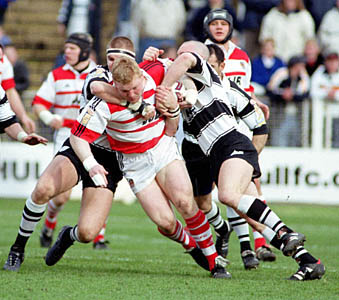 About Drew Darbyshire 8329 Articles
Love Rugby League Deputy Editor. Joined the site ahead of the 2017 World Cup and been a full-time reporter since 2018.
Twitter