There are some household names hanging up their boots at the end of the 2019 season.

Here’s a closer look at six standout names from Down Under who are moving onto the next stage of their career. 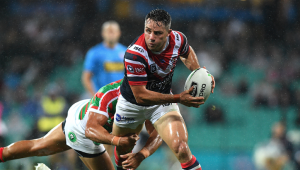 Given the glittering career Cronk has had for both Melbourne and Sydney, it is perhaps fitting that the 35-year-old bowed out of the game with another NRL Grand Final winners medal to his name. The half-back has played in nine NRL finals, winning six of those, and made just short of 400 appearances, the majority of which came during a 14 season spell at the Storm. Cronk is second in the all-time list for games played in the NRL with 372 appearances, and also has 32 Australia tests, 22 State of Origin matches and two Dally M medals to his name. 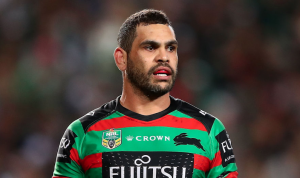 It is a shame to see Inglis retiring earlier than planned after succumbing to shoulder and knee issues, but he can look back on his career with immense pride. Inglis has played in seven grand finals, winning once with the Rabbitohs and twice with the Storm, as well as 32 State of Origin games. He has also scored a remarkable 31 tries in 39 games for Australia, in addition to his 150 tries in 265 NRL games over a stellar 15-year playing career. Having been hampered by injuries this year, the 32-year-old still managed to make two appearances earlier on in the campaign before deciding to hang up his boots. 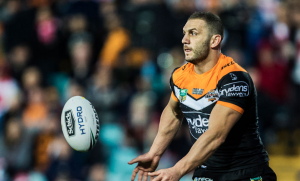 NRL winner Farah will hang up his boots after achieving more than 300 NRL appearance and representing two national teams. The 35-year-old achieved NRL success with the Wests Tigers in 2015 – his first full season as starting hooker for the club – and has been Dally M Player of the Year runner-up on two separate occasions. During his spell at South Sydney, Farah also captained Lebanon at the 2017 Rugby League World Cup as they made it to the quarter-finals, before ending his career with seven tries in 30 games during his second stint at the Tigers. 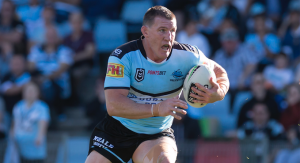 Mr Cronulla Sharks, Gallen has cemented his legacy and is undoubtedly one of the most recognisable forwards of the modern era. Having spent the entirety of his playing career at Shark Park, the 38-year-old has scored 63 times in 348 games and even added a field-goal – the first of his career – in the final minute of the Sharks’ win over Wests Tigers last month. He was a part of Australia’s 2013 World Cup-winning squad and made a further 24 appearances for New South Wales in State of Origin, helping to end their eight-year wait for glory with a 2-1 series win. 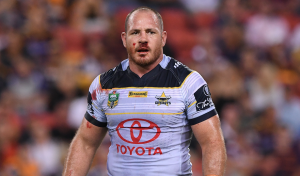 Another one-club player, Scott will hang up his boots having made 269 appearances for North Queensland Cowboys, scoring 19 times. He was another member of Australia’s 2013 World Cup-winning side and has made over 22 appearances for the national team over a seven-year period. The 34-year-old also co-captained the Cowboys to a 2015 Grand Final win and a 2016 World Club Challenge victory over Leeds a short time later. An eight-time State of Origin winner, Scott is one of the most consistent front-rowers in the game, and will retire alongside fellow Cowboys front-rower Scott Bolton. 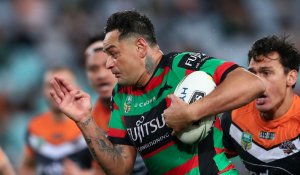 After a sensational 16-season career with South Sydney, Sutton has decided that now is the right time to call a halt on his impressive career. The 34-year-old made his debut against Brisbane in 2004, scoring a try from centre, and has gone on to make 337 appearances for Wayne Bennett’s side. Sutton had the honour of captaining the Rabbitohs to their 2014 Premiership title win and is top on the all-time appearance list for the club, more than 100 ahead of second-placed Nathan Merritt.