Wigan hooker Powell put in a classy performance against Castleford last week in a low scoring encounter, earning himself three Steve Prescott Man of Steel points along with scoring the only try of the game. His impact off the bench was nothing short of impressive and come Thursday evening, the same will be needed to halt any chances of a second upset against London.

Jordan Abdull has been operating in a similar fashion of late, working hard from the bench as an alternative option. There is no doubting his skill and quality, with his form being one of the reasons why the Broncos have coped so well since the departure Jarrod Sammut.

Only one can prevail this week. Will the Warriors continue their winning streak, or can the Broncos end their losing run and make it two from two against the 2018 Super League champions?

This contest is between two of the competition’s brightest full-backs.

Evalds has been a revelation for Salford this season, putting in top quality performances week in, week out. As such, last week saw him become Salford’s all time top try scorer in the Super League era, which, given the top quality players that have donned the Red Devils shirt in the top-flight, is quite the accomplishment.

Lolohea is a key cog in the Leeds machine. Lolohea has been around the block in the NRL and although he hasn’t hit it off just yet with the Rhinos, we can’t ignore his ability to tear defences apart. He will be looking to make this week’s game another win for Leeds after they edged past Hull KR last time out.

Full-backs often determine these types of games, so who earns the spoils in this one? 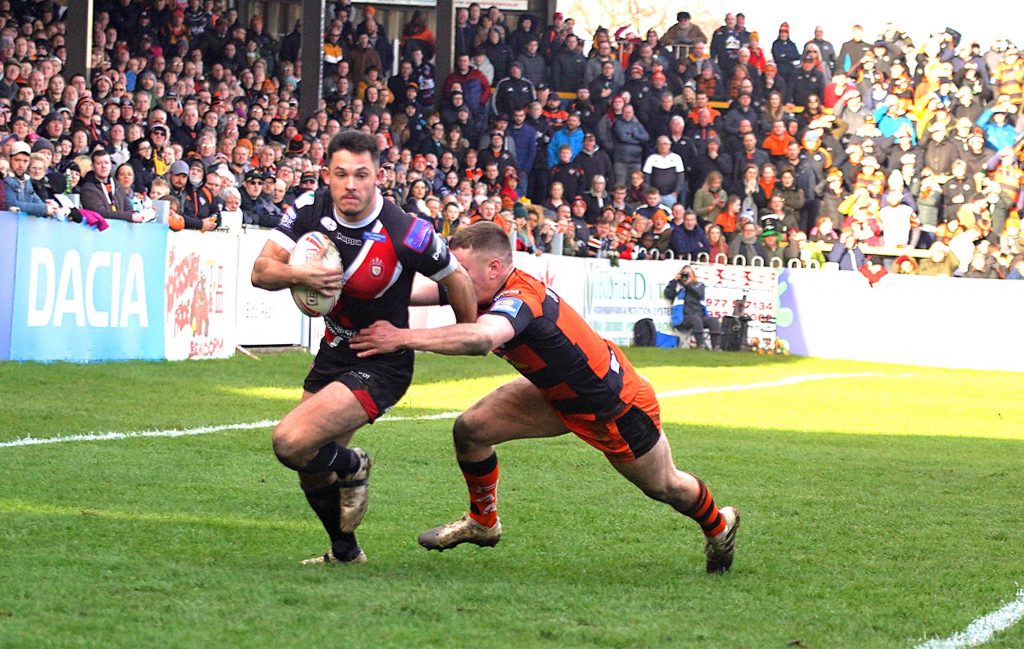 One had a blinder last week, the other not so much…

Connor is a classy operator in the halves and can swiftly deliver that killer blow to win a game. Last week against Wakefield, he did just that and put in a brilliant performance for Hull FC. Ever since he moved to FC, he has not looked back and continues to impress the Hull faithful. Another top game from him this week should see his side begin to cement themselves as third in the table.

Tomkins has experienced a mixed start to life in the south of France, last week being one week to forget. A St Helens side led by their incredible youngsters humbled the Dragons and Tomkins more than anyone will want to right the many wrongs that surfaced in that game. We all know on his day, and certainly last season, he can be one of the best full-backs in the league – but consistency is becoming harder to reach for him and his side in 2019. Aside from nightmares of a stampeding Alex Walmsley, the only thing Tomkins will be thinking about is getting the win this weekend.

Leeming has been a solid operator in the middle for Huddersfield this year, helping them to some memorable victories. Last week, however, will be one the Giants will want to forget, but could this defeat to Warrington prove to be the right motivation they need to overturn Wakefield this weekend?

Wood has been quality for Trinity this year, with 11 appearances and 4 tries to his name. Able to play as a hooker and a half, his flexibility is one of the many reasons Wakefield are aiming high in 2019. Last week’s loss against Hull was one that got away for his side and Wood will be as determined as anyone to make a statement this weekend.

Who will be the all important factor in their quests for a winning result this weekend? 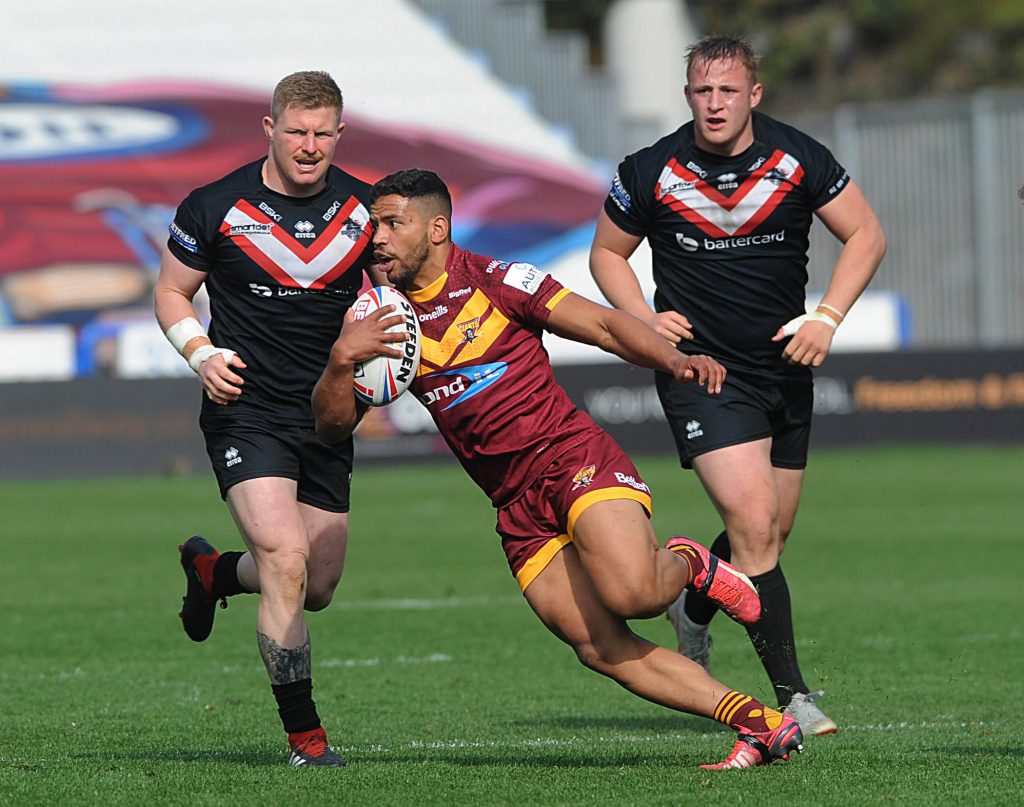 Two top half-backs, but only one can walk away the victor…

Trueman made his breakthrough in 2018 and to use a cliche, hasn’t looked back since. His form has been so consistently high, it is hard to believe that he is just 20 years of age. Last week, he failed to help his side overcome a dogged Wigan outfit, but the conditions certainly played a part in all of that. This week, they face a completely different prospect in one of the two Grand Final favourites, Warrington. Trueman will be key if the Tigers are to come away with the win this weekend, that’s for sure.

Austin, the man who has had everyone talking. His spectacular performances week in, week out, have earned him a seat at the top of the Steve Prescott Man of Steel rankings as we reach the season’s halfway point. There is now no doubting the man’s class, both on and off of the field, but can he deliver the goods yet again against a Castleford side determined to return to winning ways? There is only one way we will find out and that is by watching the televised game on Friday.

Two top second-rowers will battle it out his Sunday, but who prevails?

Hull KR skipper Tomkins will need no motivating when it comes to a home fixture against St Helens, as this is a game he is all but designed to perform in. Being a former Wigan man, Tomkins will stop at nothing to out one over his old arch rivals and at home, there is every chance that he could do it. Tomkins has been a quality acquisition for the Robins and if at his best, is almost impossible to stop near the line.

Taia has been nothing short of fantastic for St Helens this year, seemingly finding a new gear to rise to every single time we think he has peaked. Despite entering the twilight years of his career, he still stands out as one of Saints’ top performers, which for a side riding high at the top of the pack, is quite an impressive feat. Last week, he starred alongside Saints’ brillaint academy prospects in a dominating win against Catalans, but can the same be repeated this weekend? 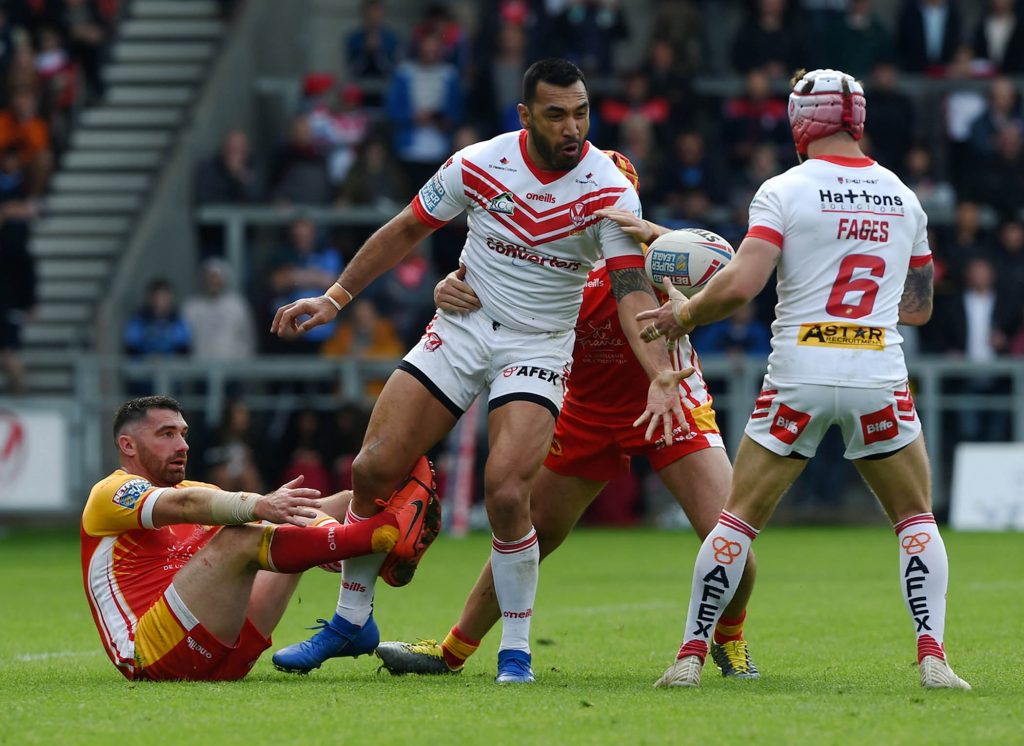