Super League round eight gets underway this week and we have some great contests to look forward to.

Leeds Rhinos will host Castleford Tigers on Thursday in what promises to be an interesting match. Both sides are fresh from disappointing defeats in round seven and will be looking to right many wrongs come kick-off.

The Rhinos travelled to the south of France last week and despite some encouraging signs, were edged out by a more resilient Dragons outfit. Their consistency has been wavering within games and a full 80-minute performance has not yet achieved, which could explain Furner’s decision to drop new signing Tui Lolohea and play Sutcliffe in the halves. He went fairly well last week and is set to start to continue playing as a Rhinos playmaker come Thursday evening.

The Tigers, on the other hand, have enjoyed considerably more success so far this year, but are disappointingly not quite hitting their straps, head coach Daryl Powell displaying much of this dissatisfaction last week when his side fell heavily to a high flying St Helens outfit. Rankin arrived the Tigers this year and has impressed with his performances, doing especially well to fill the void left by injured duo Luke Gale and Jamie Ellis as well as the now departed Ben Roberts. He has scored three tries and kicked 12 goals so far and will be looking to do a job over Yorkshire rivals Leeds. 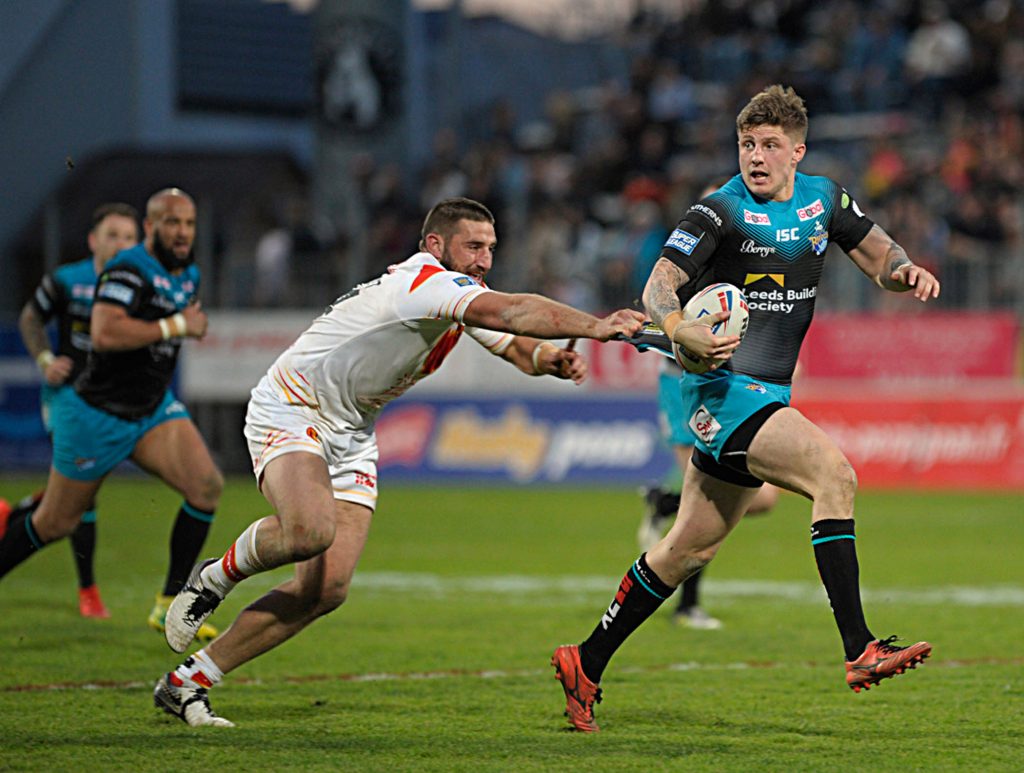 Hull FC will host Warrington Wolves this Friday, but who will take away the spoils? FC will be looking to improve on last week’s performance in London, despite coming away with a narrow win. The Wolves will have similar intentions after winning their game against Wakefield last week, despite being out-scored.

Griffin received all three of the coveted Steve Prescott Man of Steel award points when his side defeated London and was praised by Man of Steel panel chairman, Ellery Hanley, on his fantastic efforts. So far this year Griffin has played all seven games and has four tries to his name, a solid record.

England Knights international King has been impressing many in 2019 and his performances are just one reason why Warrington are sitting second in the Super League table. The absence of Bryson Goodwin is a big blow, but King is doing a great job of filling the gap he left behind. He has played six times so far this year and has a single try to his name, and it is a stat he will be looking to improve on this Friday. 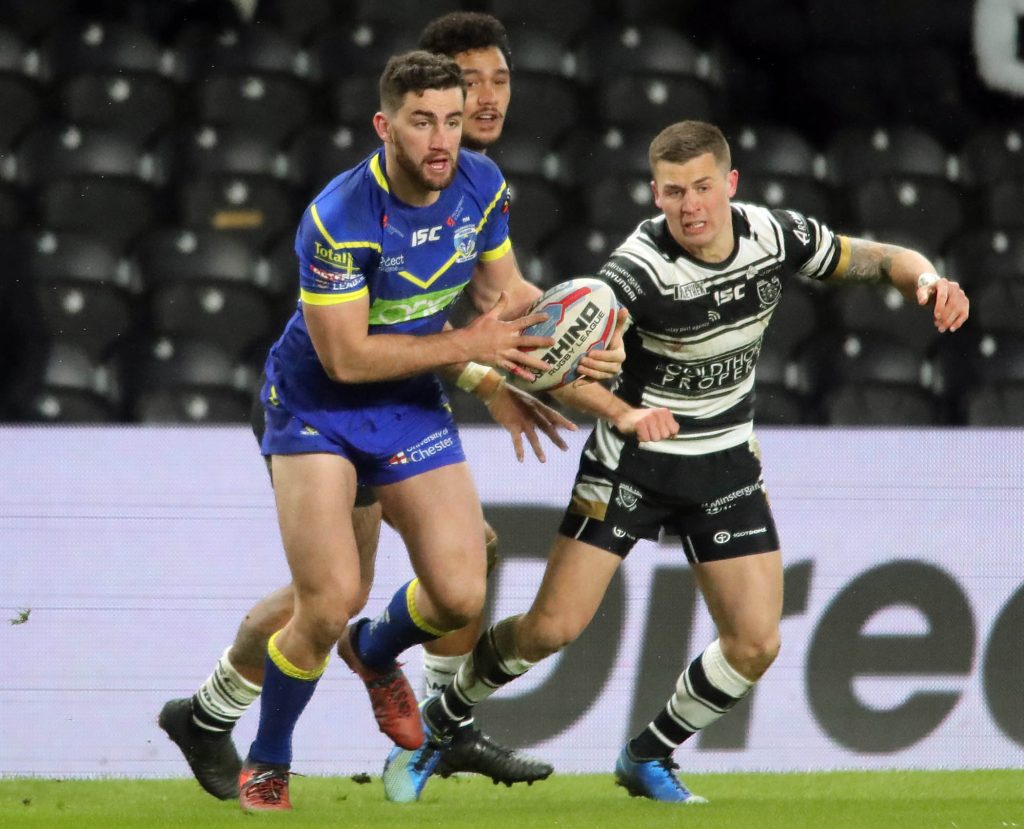 St Helens will welcome hurting Hull Kingston Rovers this Friday, who will be looking to right the wrongs of last week’s dire performance against Huddersfield Giants. St Helens, on the other hand, are still undefeated and look a side who want to win the lot in 2019.

Lomax has been sensational so far this season and is an integral cog in a well oiled St Helens machine. His form since moving into the halves has rocketed and he looks to be the best stand-off in the competition so far, his partnership with frenchman Theo Fages has been a revelation for Justin Holbrook’s side. He has been ever present in 2019 and has five tries to his name and was awarded three Steve Prescott Man of Steel points last weekend against the Tigers.

Drinkwater was the star man for Challenge Cup champions Catalans last year, but ever since moving to KR for the 2019 season, has struggled to hit the same heights. His side have shown glimpses of great play, but have failed to see games out. This could just be down to the extensive injury plight the club are currently manoeuvring, but performances must be better. Drinkwater has played in all of his side’s fixtures so far and has kicked just five goals, s he will certainly be looking to improve these figures come Friday night. 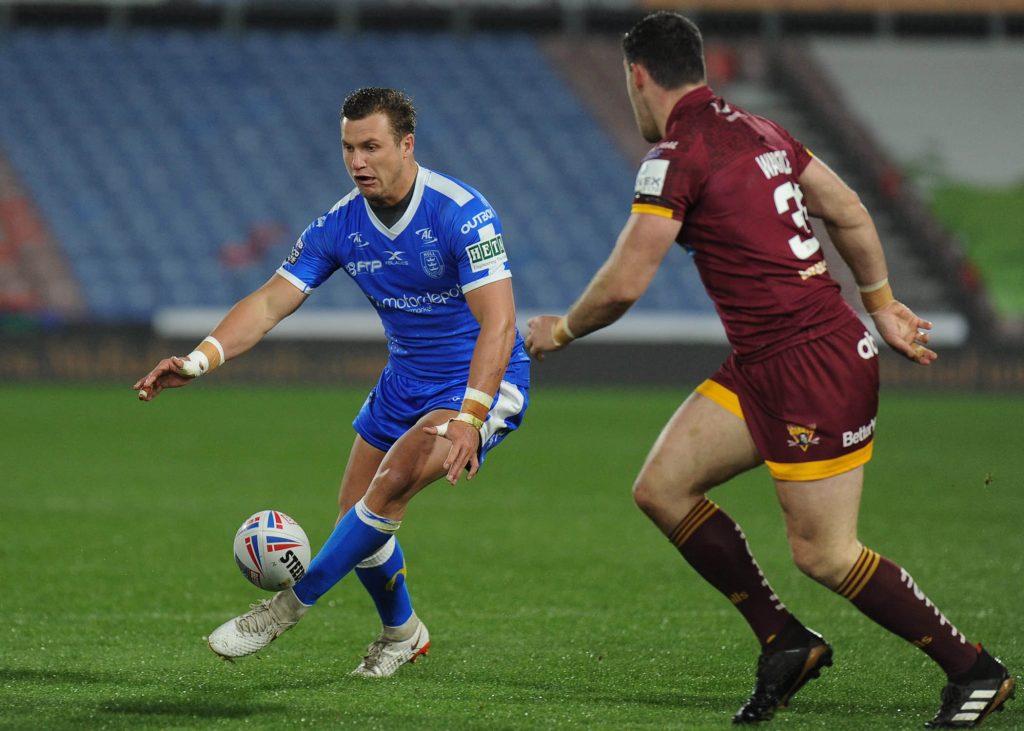 Current Super League champions Wigan Warriors will host reigning Challenge Cup champions Catalans Dragons this weekend, and what a game this could be. Wigan are fresh from a confidence boosting victory against Salford Red Devils, a game that could prove to be the one that kickstarts their campaign. The Dragons have enjoyed a mixed start to 2019 and are still searching for the consistency they desire, but a win over Leeds Rhinos will do nothing to hurt that escapade.

Burgess made his long-awaited return to action after 11 months on the sidelines due to a knee injury, and it is safe to say he displayed exactly what Wigan had been missing. His devastating pace helped the Warriors up the field and he set up a great try down that feared left edge. With Burgess back in the fold, Wigan have every chance of climbing the Super League table sooner rather than later.

Yaha showed the Catalans fan what they had been missing last week when he crossed over for four very impressive tries against Leeds. With his short stint in Rugby Union now behind him, there is no doubt he is still at his best in 2019. He deservedly received the three Steve Prescott Man of Steel points against the Rhinos and will be looking to continue in the same fashion at the DW Stadium on Sunday. 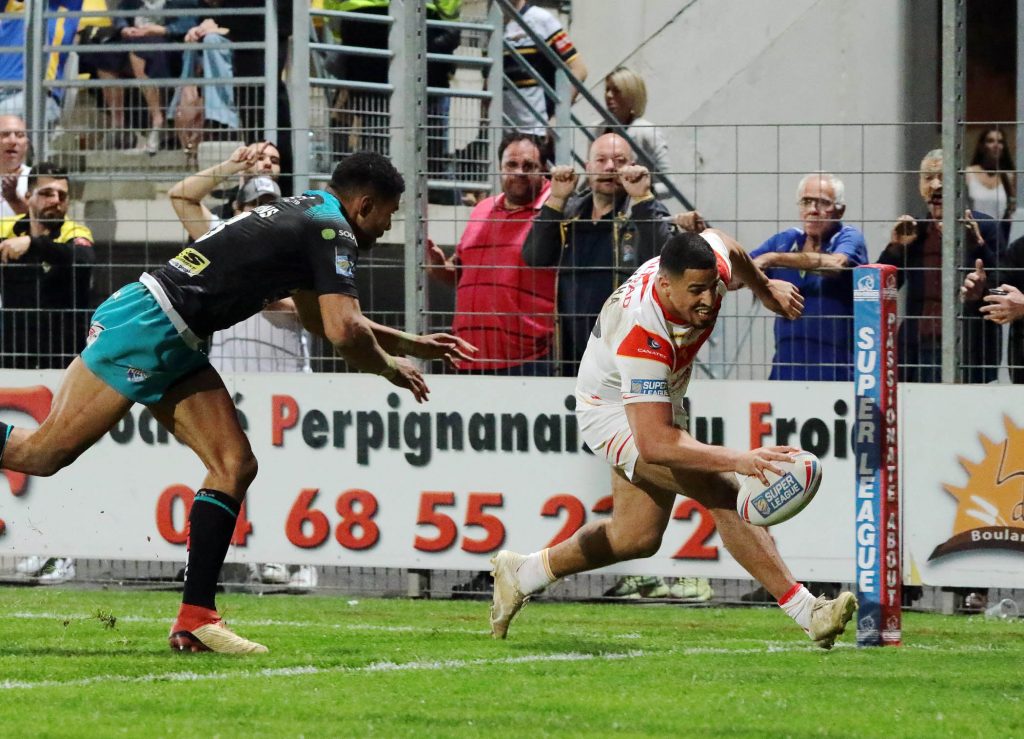 London Broncos host the Huddersfield Giants in the capital this weekend, but who will come away with the points? The Broncos have faired much better than most predicted this year and despite losing out to a fierce Hull FC side lat week, will be confident going into this match-up. The Giants have had a disappointing start to 2019 by most accounts, but a solid and dominant victory over Hull KR last week could be their defining moment.

Abdull was one of the Broncos off-season acquisitions and has proven to be a key player in Danny Ward’s 2019 side. His form helped his team gain great victories over Wakefield, Wigan and Leeds and will be looking to add another scalp to this list. He has played all Broncos games this year and has a single try to his name and the one penalty goal. Can he improve these stats this weekend?

Gaskell is a pivotal part of the Giants side and it is no mystery why they play so much better when he takes to the field. He missed the start of the year due to injury but since his return has recorded five appearances and kicked 14 goals. One thing is for certain, if Huddersfield are to continue their winning ways against London, this man will be vital in them doing it. 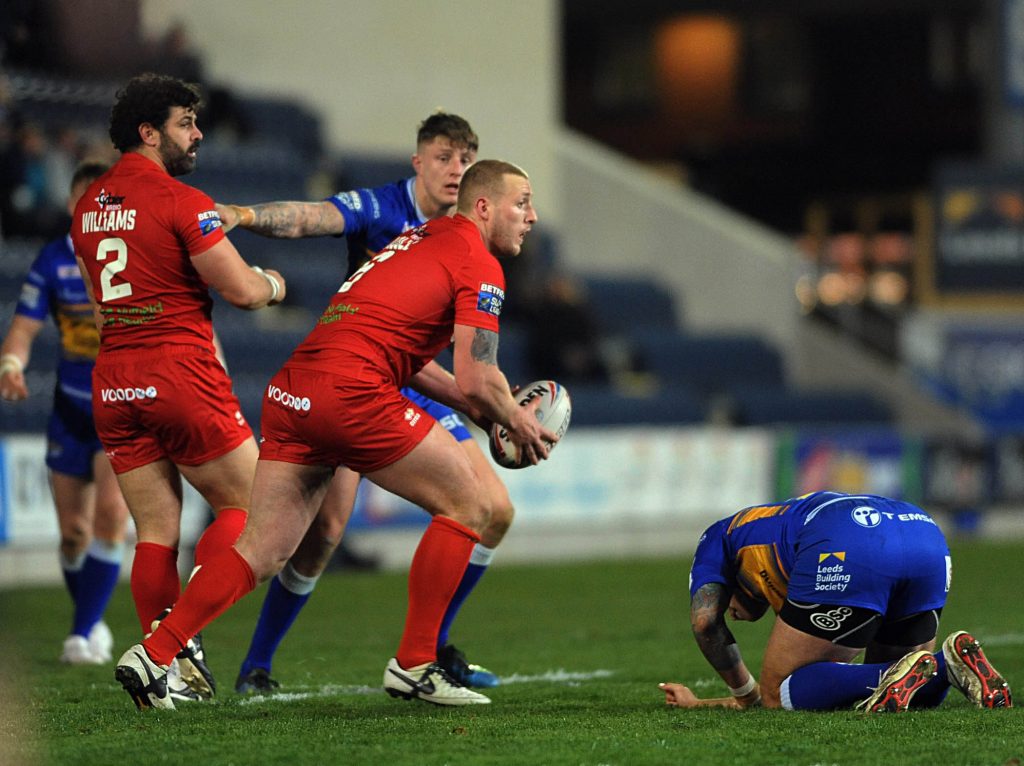 Wakefield Trinity will face Salford Red Devils in what will prove to be a very entertaining game. Both sides are hurting after narrow losses last week and will be desperate to return to winning ways when they meet. Both sides have strike force on the flanks and great creative options dictating play, but it will be the forwards that lay the platform for the others to shine.

Pauli Pauli hasn’t featured as much as he might have wanted in 2019 with only four appearances (three of which came from the bench) to his name so far. However, when he has played he has shown his quality – which was very much the case last week against Warrington. He has only scored a single try but that isn’t too bad considering his limited game time. If Wakefield are to win this weekend he needs to have another solid performance.

Gil Dudson has been ever present in the Red Devils outfit this year and his performances have been nothing but consistent – which is exactly what Salford have been needing for a while now. His strong carries and determined defence are just two of the reasons head coach Ian Watson holds him in such high regard. If Salford are to turn around their fortunes against London, Dudson will have to be at his usual best. 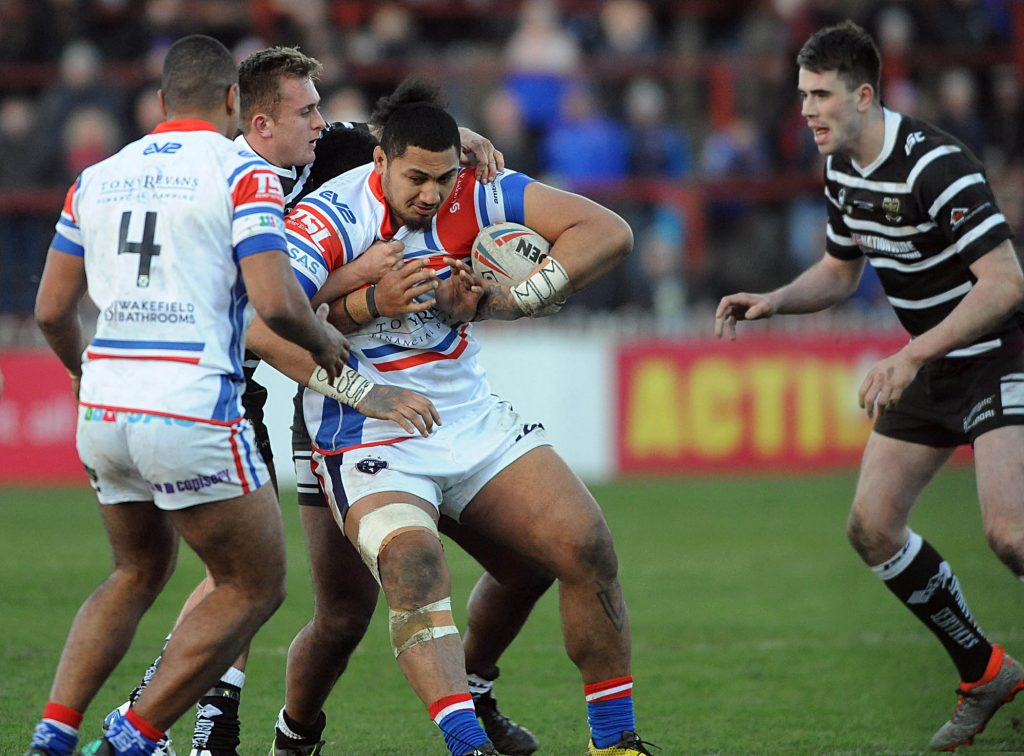