A full set of Super League fixtures returns this weekend and we are in store for some interesting battles.

The first of our key contests is between two powerhouse forwards, Fifita for Wakefield and Moa for Catalans.

Fifita has earned his side 244 metres so far in the opening two rounds and made 13 tackle busts in the process, not forgetting to mention his 67 tackles. Meanwhile, Moa has only 163 metres under his belt and 50 tackles.

All eyes will be on the two big men when the sides clash this Thursday – who do you think wins this battle? 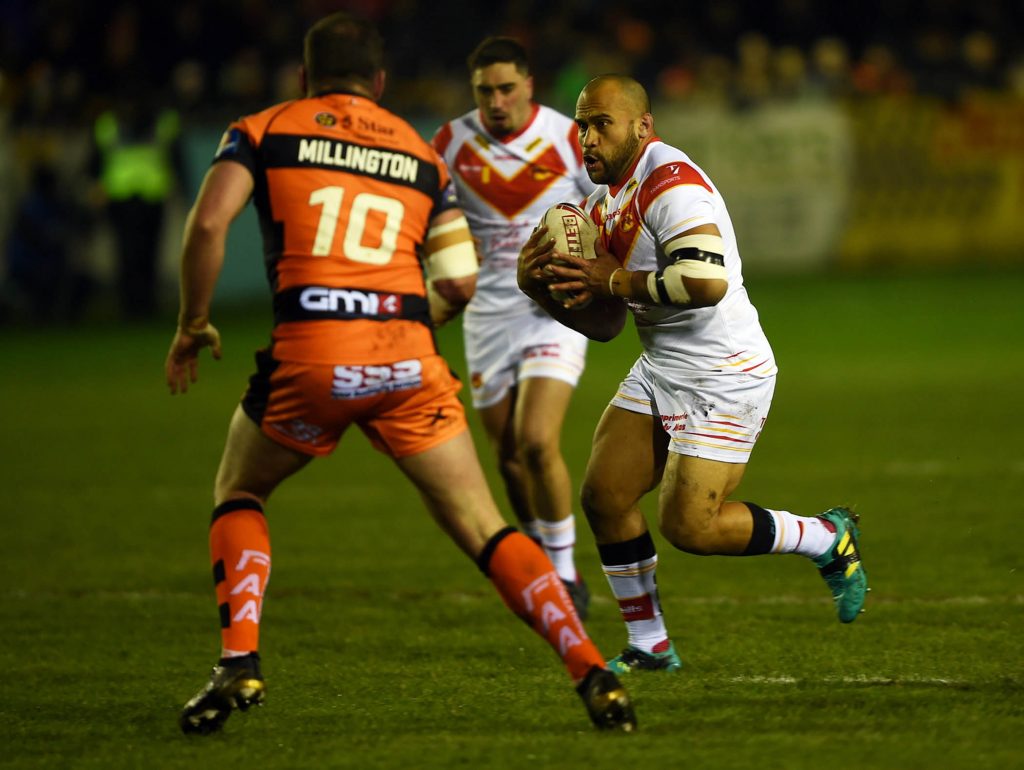 This Friday the Saints host the Rhinos in what promises to be an exciting encounter. Leeds are fresh off a confidence boosting victory over the in form Red Devils, whereas St Helens are coming off the back of a nail-biting win over Wakefield Trinity.

Hurrell has had a tough start to life at the Rhinos but has impressed despite the difficult start. He has accumulated 389 metres and 13 tackle busts. Naiqama, on the other hand, has had a brighter start with St Helens – his contribution came immediately with an impressive score against Wigan in the opening game of the season.

The two centres will oppose each other this Friday, in what will surely be a brilliant clash.

This head to head will be a war of the wingers, as Huddersfield’s new star signings Uate will face off against Warrington’s speedster Charnley.

Huddersfield are still without key personnel and it has showed so far this year, despite it being early days. Uate has however already got off the mark with a try – which will surely be the first of many.

Charnley has continued his fine 2018 form and already has two tries to his name, 302 metres under his belt and three clean breaks. 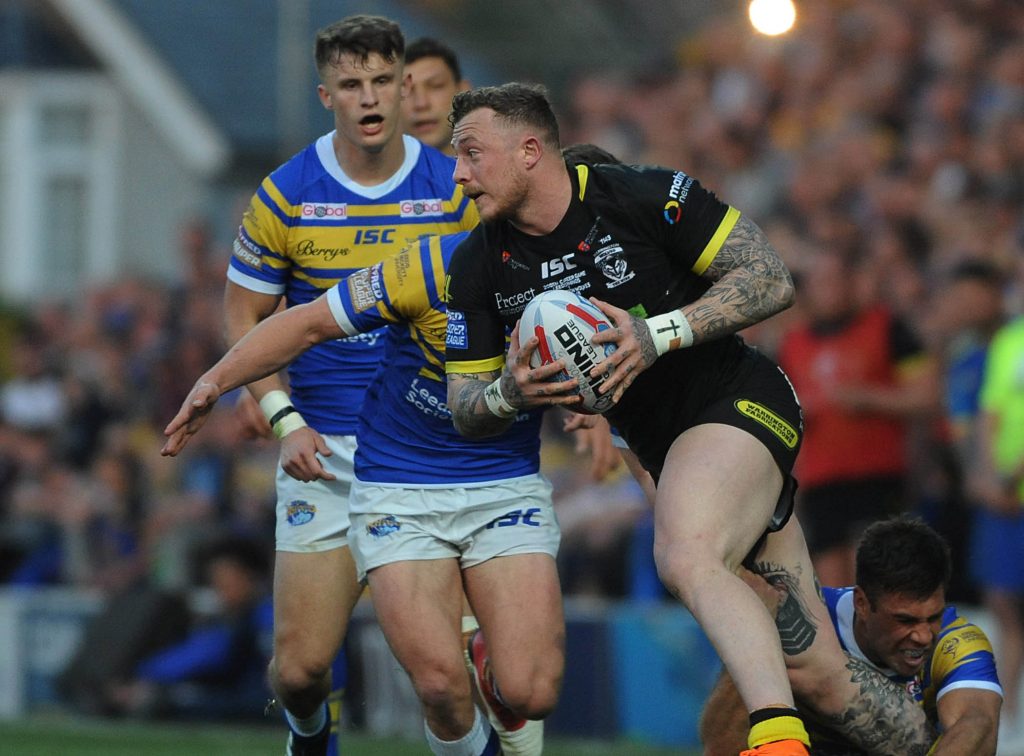 Saturday will see Salford look to return to winning ways when they take on the Robins. This contest will be between the half-backs, Robert Lui and Danny McGuire.

Lui has been an ever present for Salford ever since he joined in 2016, and will certainly be a key player if Salford are to topple the confident Robins. Evergreen McGuire is showing no signs of slowing down in 2018 and had a hand in their dramatic last minute victory against rivals Hull FC.

London Broncos will look to get back to their opening day form against Castleford Tigers on Saturday, whilst the Tigers will want to continue their winning form. Jay Pitts, who joined London from Bradford, will be facing off against the highly-rated Sene-Lefao.

Pitts helped London to their historic Million Pound Game victory over Toronto and subsequent promotion, and has been ever present so far in 2019. Sene-Lefao has been in red hot form in 2019, making 251 metres, two tackle busts and a great try scored against the hurting Hull FC. 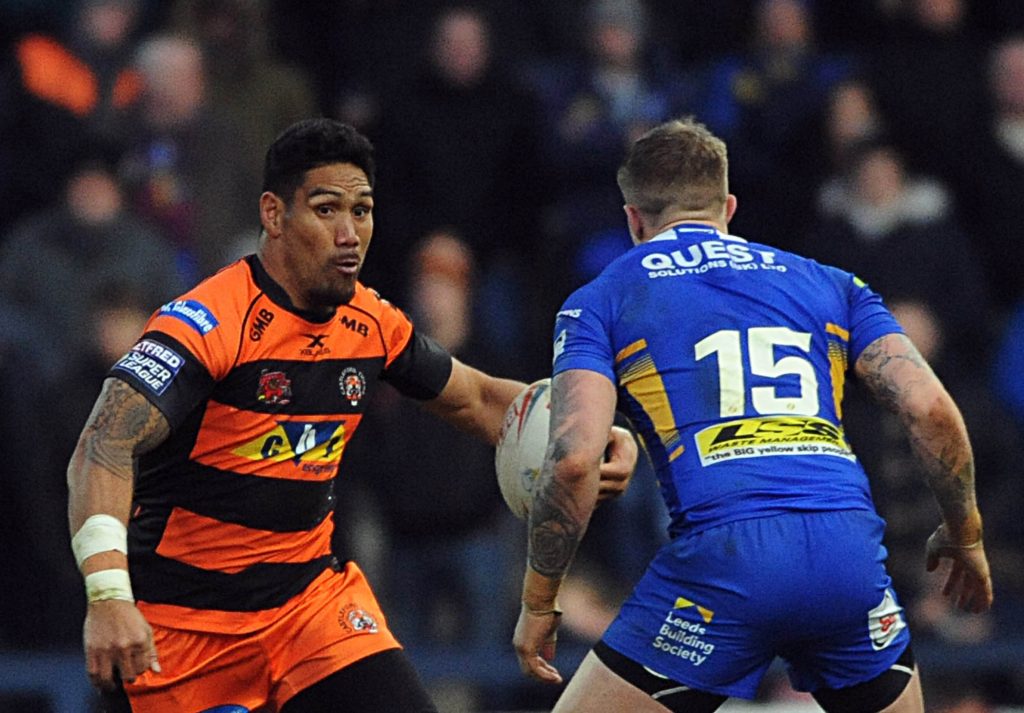 Wigan Warriors will want to put their World Club Challenge hurt behind them on Sunday with a win over the soul searching Black and Whites. Hull FC on the other hand will want to find that all important win after failing to secure one for 13 games.

Williams has been a pleasure to watch in recent years and looks to be continuing in that same form for 2019. He has so far earned his side over 156 metres, two try assists and a single try. Connor however will be integral to any success Hull FC will have this year – his try scoring exploits in their loss to Casteford last week showing what he is capable of.

One thing is certain – these two players will prove to be vital in determining the outcome of the match.